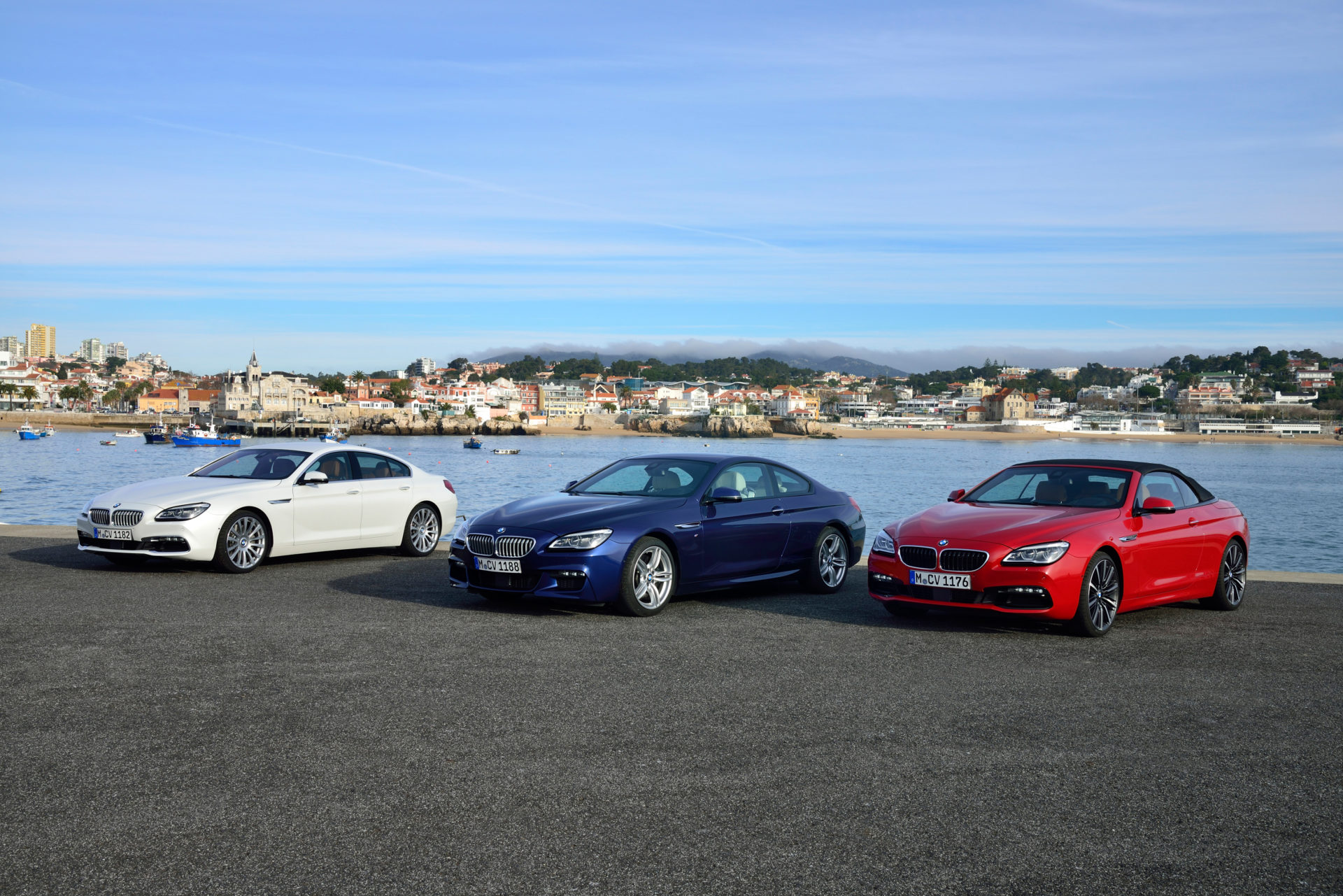 Are you looking to buy a BMW 6 Series? We put together a guide to pick the best model of the BMW 6 Series.

The F-coded versions of the third generation 6 Series were the last true and pure models of their kind. So, it is quite a good time to have a thorough look at the F06 – F12 – F13 trio of models that have defined the last genuine BMW 6 Series between 2011 and 2018.

Currently, the 6 Series is quite poorly represented in the BMW portfolio, with the G32 frankly being just a rebadged 5 Series GT. As in 1989, the original 6 Series has once again been replaced by the 8 Series. 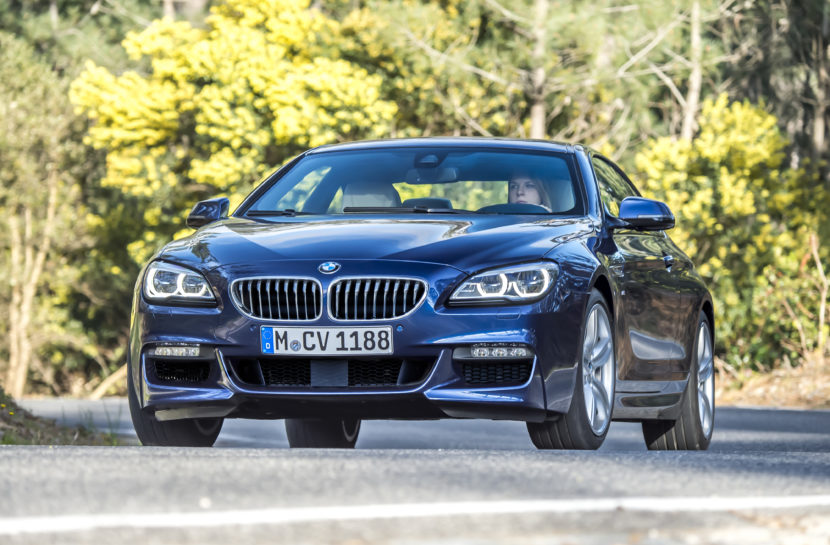 As a brief history, the third generation of the 6 Series was introduced towards the end of 2010 as a 2011 model year version. The first to be unveiled was the Convertible (code F12), followed by the Coupe (code F13) in the second part of 2011 and the very first 6 Series Gran Coupe (F06) version in 2012.

The extensive lineup of models, combined with the sheer dynamic design, the unparalleled level of driving pleasure combined with supreme comfort and the sophisticated equipment package quickly turned the 6 Series in a popular choice for those who wanted to travel in style. 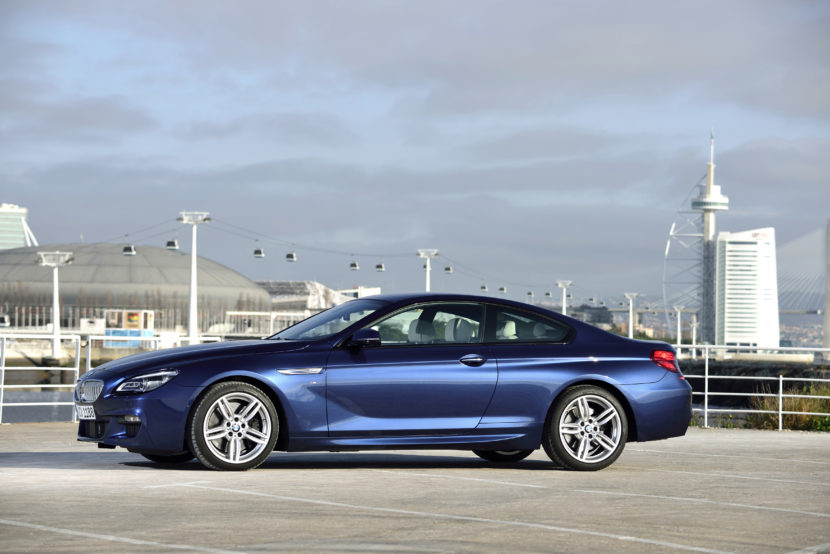 With the exception of the M models, all power versions could be optionally equipped with the xDrive all wheel drive system. The 8-speed sports automatic gearbox was standard, with no manual choice offered. On the other hand, the M6 was underpinned by an exclusively rear-driven chassis, with the power being sourced to the rear wheels via a 7-speed automatic dual-clutch M transmission. 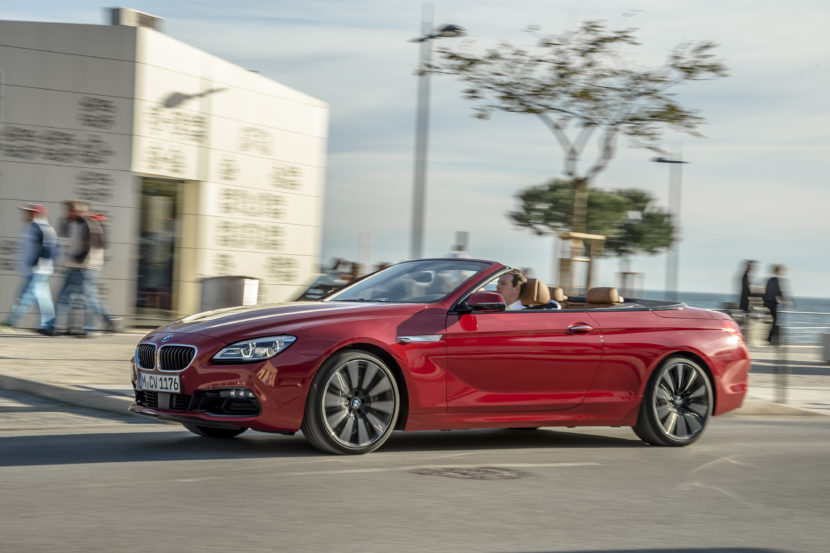 In the United States, the 6 Series was sold in all power variants, except for the diesel 640d. For model year 2016, the pricing for the LCI generation was as followed:

The last model year for the 6 Series in the US was 2019, effective as of February 14, 2018. The only body style to remain available for clients was the Gran Coupe, with BMW already gradually phasing out the 6 Series Fxx in Germany. 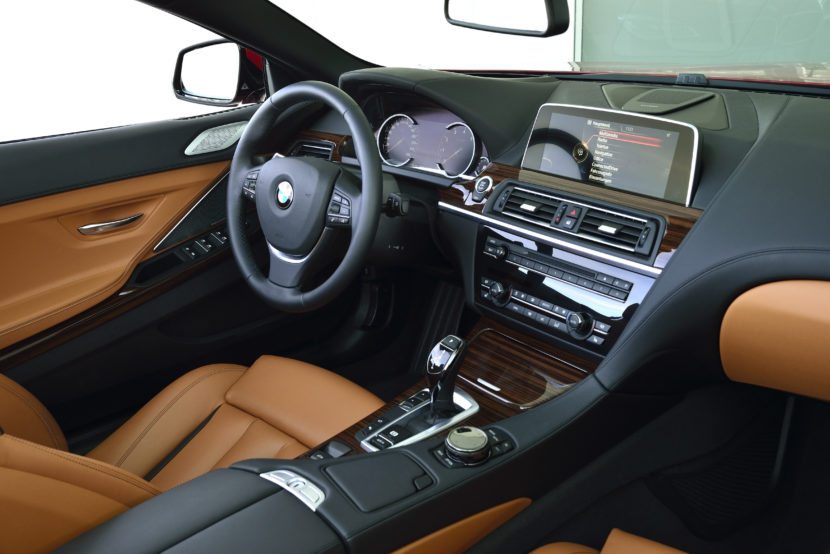 The list of optional equipment is very long, so the price for a well-equipped or full-option 6 Series in either of the three body styles could have easily hit a prohibitive $125,000 – $130,000. Among the positives of the 6 Series were the distinctive exterior styling, the rich standard equipment, the excellent interior materials and the powerful engine. On the downsides, the whooping MSRPs and the mediocre interior and cargo space were mentioned.

The mechanical part is quite reliable, but due to substantial reliance on electronics, issues and glitches are possible. In the course of its lifetime, the third generation 6 Series went through six official manufacturer recalls for several issues, such as turbo-cooling water pump failure, engine software faults and issues with the EGR valve coolers. 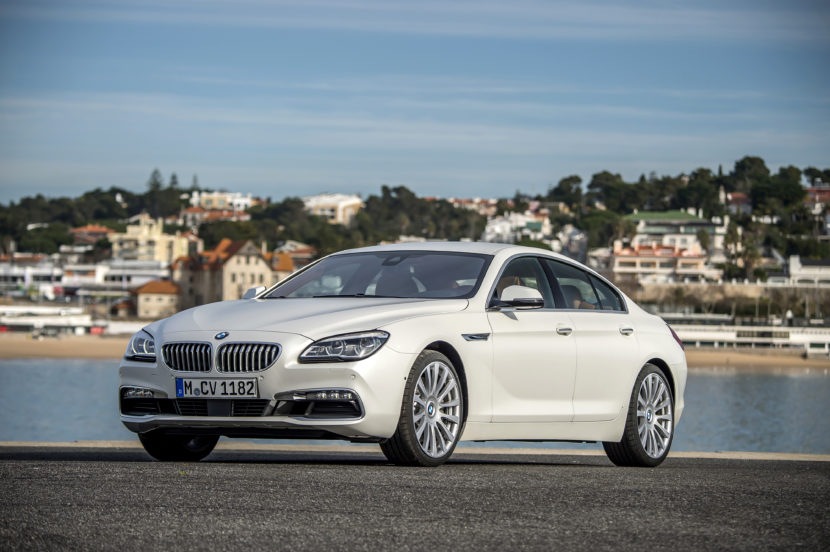 What To Look For

If you are considering purchasing a used BMW 6 Series, you should take into account the high maintenance costs. If the 6 Series that you’ve picked clocked over 100,000 miles on its odometer, you should look twice and investigate your choice before spending money on it for the good. You should look up for a complete servicing and repair history, as well as checking for regular annual/semi-annual maintenance (such as oil, filters, engine coolant and brake fluid/pads/discs replacement).

The overall state of the exterior paint finish and alloy wheels and the quality feeling perceived at a first glance are also good indicators if your pick is a go or not. If you are lucky enough, you could become the owner of a well cared-after 6 Series. The most successful of three variants was the Gran Coupe, followed by the 2-door model and, at a significant distance behind, by the open-top version. 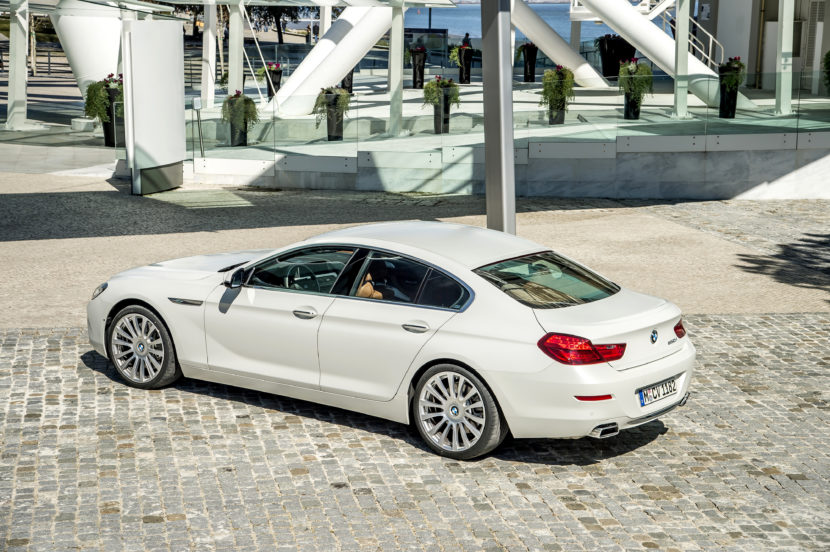 However, given the exclusivity of the BMW 6 Series F-generation models, the market choices are rather scarce. An almost new Gran Coupe clocking near 7,000 miles on its odometer could cost you around $60,000, also taking into account a rich list of optional equipment. If you are considering the 2-door version, mind that most of the units on the market are specced in M Sport trim. The price tags vary pretty much, but you should be able to find one for a decent price around $50,000.

In Europe, where the diesel variant 640d was rather popular, prices can be more attractive, as 18,000-mile and moderately-specced 6 Series Coupe could charge you just $25,000.

On the other hand, the Convertible is mostly available in M Sport equipment line and packed-full of optional equipment. An open-top 6 Series with 19,000 miles on the odometer and equipped with all the needed equipment should be priced at a very attractive 30,000 euros tag, which roughly accounts for $33,000. 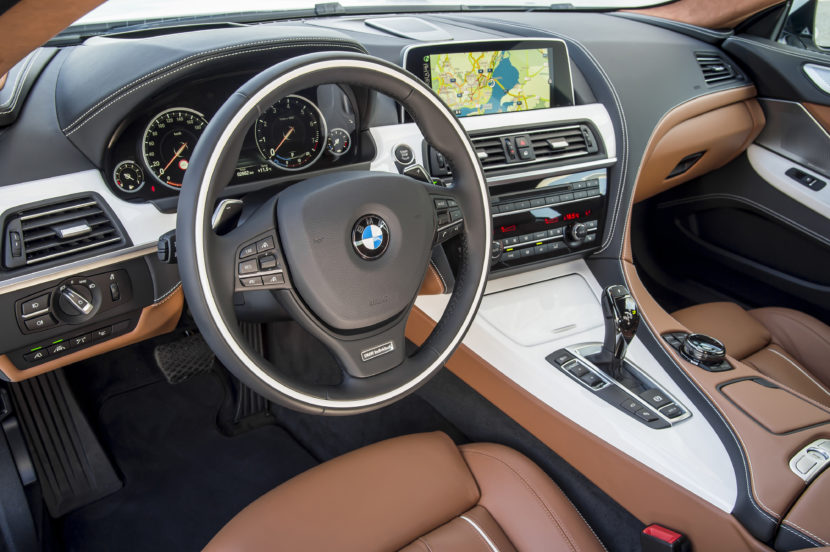 Besides the 5 Series LCI I am currently owning (an oldie, but goldie 525xd of the 2009 E60 LCI model generation), I am also a fan of the 6 Series. If I were to pick one, I would definitely go for the F06 Gran Coupe variant given its more everyday suitability and extra cabin space compared to the F12 Convertible and F13 Coupe.

If I am lucky enough to find one, I would choose a 640d xDrive due to its frugal and powerful straight-six engine and the AWD traction which is a must in many places around the world. My favorite pick would be finished in a matte color (like BMW Individual Frozen Bronze metallic) and sporting a cabin dressed in the premium, dual color BMW Individual Opal White/Amaro Brown Merino leather upholstery and wood veneer for the dashboard ornaments.

Certainly, such a distinctive configuration would almost certainly be full-option, so I am expecting to eventually spend around 35,000 euros/$39,000 for a low-mileage 6 Series Gran Coupe with a satisfactory service history. 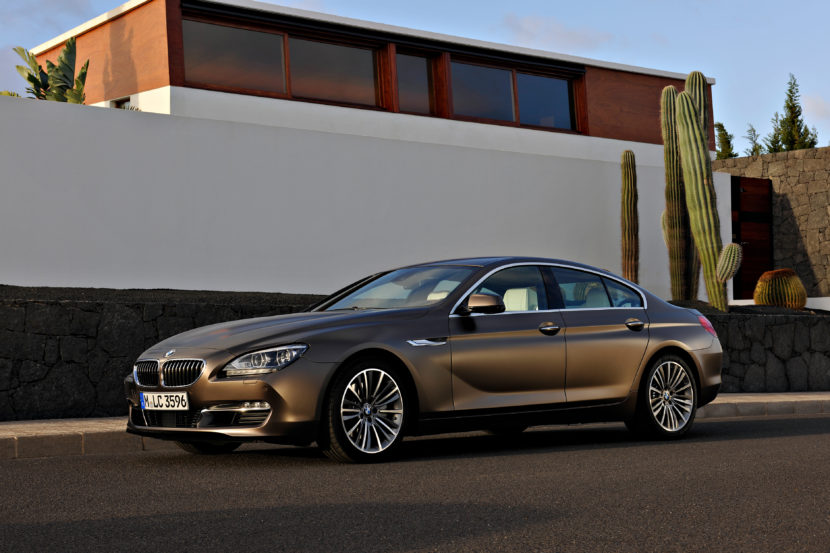