The BMW 6 Series is an all-time classic, a brand-defining icon for BMW. It is the epitome of what a true premium GT should be. The history of the mind-blowing gran turismo model from Munich starts back in the mid-70s. The first generation of the 6 Series was the E24, replacing the outgoing E9 (3.0 CS series). The E24 6 Series was developed fully on the platform of the E23 7 Series and was purely rear-wheel drive. The first 6 Series in history was a completely fascinating car which thrilled enthusiasts all over the world with its striking, muscular design and the driving sportiness of the chassis. 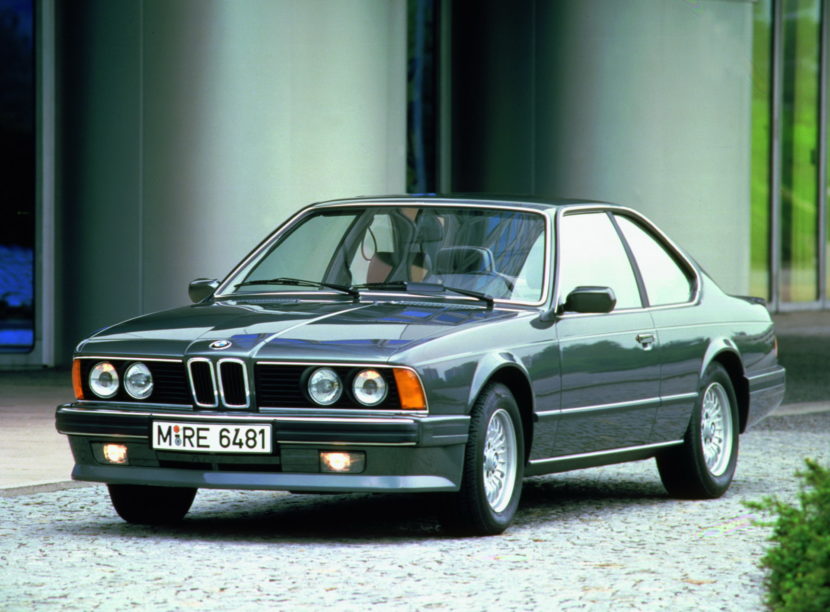 The first iteration of the BMW 6 Series was produced between 1976 and 1989. In true tradition characteristic for the Bavarian company, the E24 6 Series was powered by straight-six petrol engines with multi-point fuel injection and featured either 5-speed manual gearbox or automatic transmission. The 6-cylinder units under the hood of the E24 were part of the BMW M30 generation of engines, produced between 1968 and 1994, making them the longest lifespan powerplants ever to be produced by the Munich-based carmaker.

As you may see, the E24 has continued the nomenclature specifics of its ancestors (the E9 or the E3-developed coupe models), as the particle “CS” standing for “Coupe Sport” was preserved on the model titles. The entry-level 6 Series of the E24 generation was the 630CS, produced for 3 years up to 1979 and powered by a longitudinally mounted 2.8 liter straight-six petrol unit developing 185 PS (182 hp). 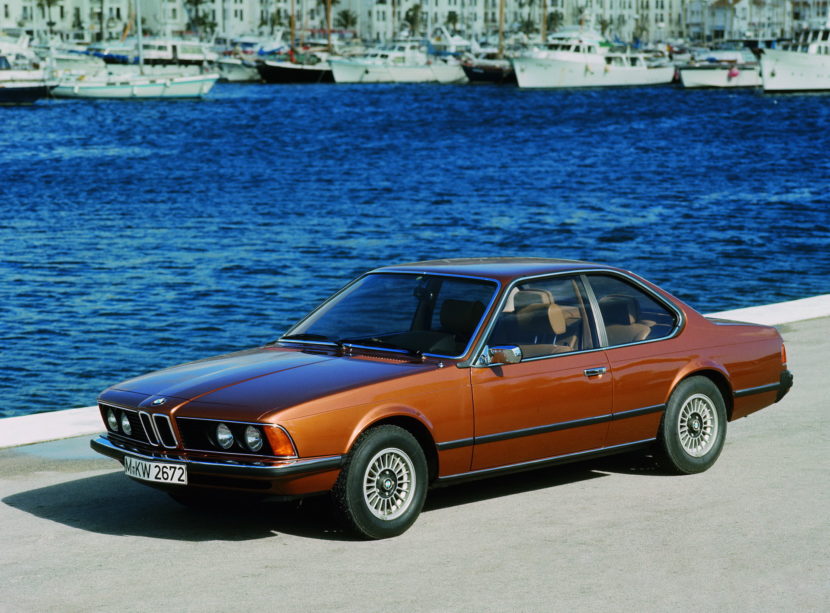 With the advent of the second LCI for the E24, the sole versions to remain available to customers were the range-topping 635CSi and the M635CSi models. The major novelty is that now all the engines had the option of being fitted with catalytic converter. This meant a reduction in the output of the engines, but some improved numbers in which gas emissions are concerned. The 635CSi without the emission reduction system received a power boost up to 220 PS (217 hp), while the version equipped with catalytic converter delivered 211 PS (208 hp). 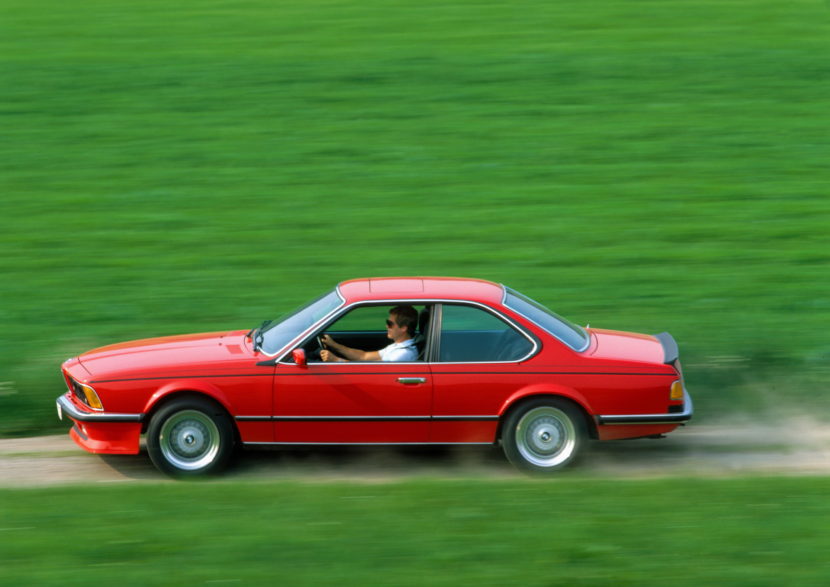 It is interesting to note that the E24 M635CSi was baptized as M6 exclusively for the Japanese and US markets. Due to stricter regulations, for this specifics countries, the M6 was equipped with the S38 engine instead of the M88 powerplant offered for the European market. The S38 straight-six unit was slightly less potent than the M88, delivering 255 PS (251 hp).

After the production of the E24 model series ceased in 1989, the 6 Series did not get a formal successor. Instead, BMW decided to try its luck with the then all-new 8 Series under the E31 generation. The intention was meant to monetize on the idea that the previous 6 Series became more upscale and thus it sounded fairly logical to highlight the ascension from 6 to 8 Series.

However, given the 6 Series customer and fan base that was built during the 13 years production of the E24, it became obvious that the 6 Series was simply different and that the 8 Series should not be seen as a direct successor of it, but more as a completely new model. 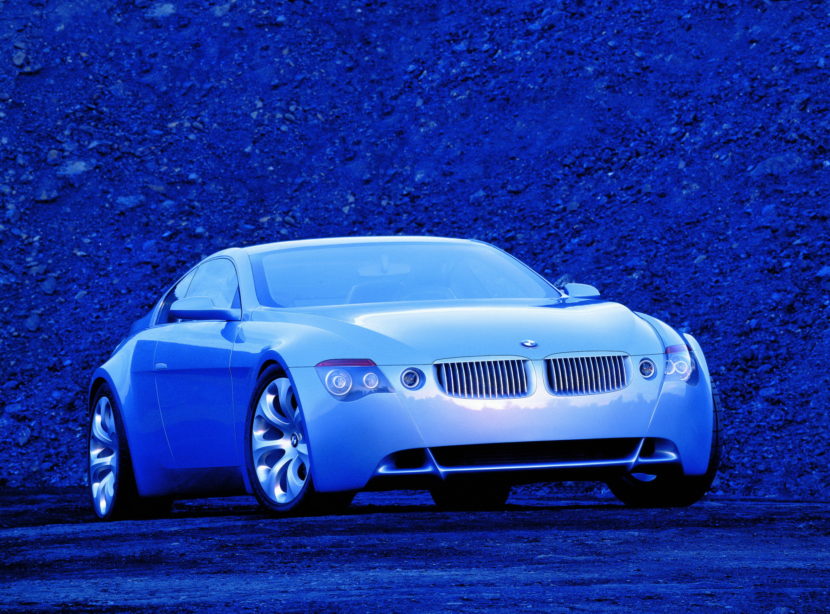 BMW produced the E31 series for 10 years between 1989 and 1999. After some tough internal management debates and given the lack of any proper high-end GT model, BMW decided to revive the 6 Series nameplate in early 21st century.

Before the big comeback, the Bavarians tested waters with the Z9 concept car which debuted at IAA Frankfurt in autumn 1999. The showcar was penned by the then-recently appointed design director Chris Bangle. The Z9 set a complete change of paradigm from the usual BMW styling featured on the models from the ’90s decade. Utterly futuristic and controversial at the same time, the Z9 previewed many of the design and technological novelties that would arrive on production models in the following years. One of them was the new dashboard architecture, in which the central point was the Intuitive Interaction Conception, which was to become the iDrive beginning with the premiere of the E65/E66 7 Series in 2001. 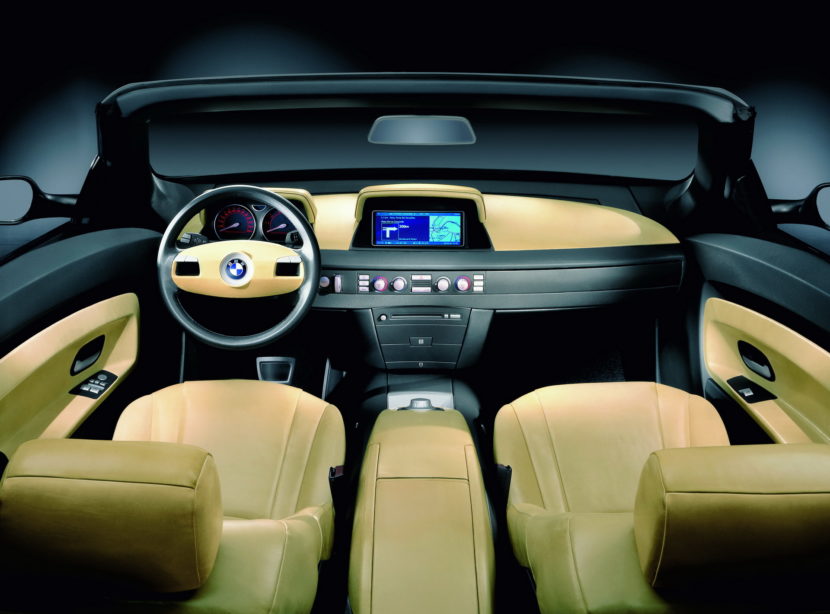 Like its iconic E24 ancestor, it was offered only with an RWD platform. The E63/E64 model series was underpinned by a shortened E60 5 Series chassis, unlike the E24 6 Series which was developed on the 7 Series. What’s more, the denomination of the power versions dropped the “S” particle and sticked only to the “Ci” up to 2005, when BMW completely withdrew this naming scheme as well.

Pre-LCI 6 Series standard variants included 6- and 8-cylinder petrol units. The entry-level model was the 630Ci/630i powered by a 3.0-liter 6-cylinder gasoline engine, mated to either a 6-speed manual or automatic gearbox, which delivered 258 PS (254 hp). The following choice was the 645Ci/645i featuring a 4.4-liter straight-six powerplant boasting a peak output of 333 PS (328 hp).

On the same, BMW revealed the brand new M6 variant (produced in both Coupe and Convertible forms), equipped with the S85 naturally aspirated 5.0-liter V10 engine sourced from the M5. The powerplant sent no less than 507 PS (500 hp) exclusively to the rear wheels via the SMG 7-speed gearbox. The maximum torque reached an impressive 520 Nm (384 lb-ft). 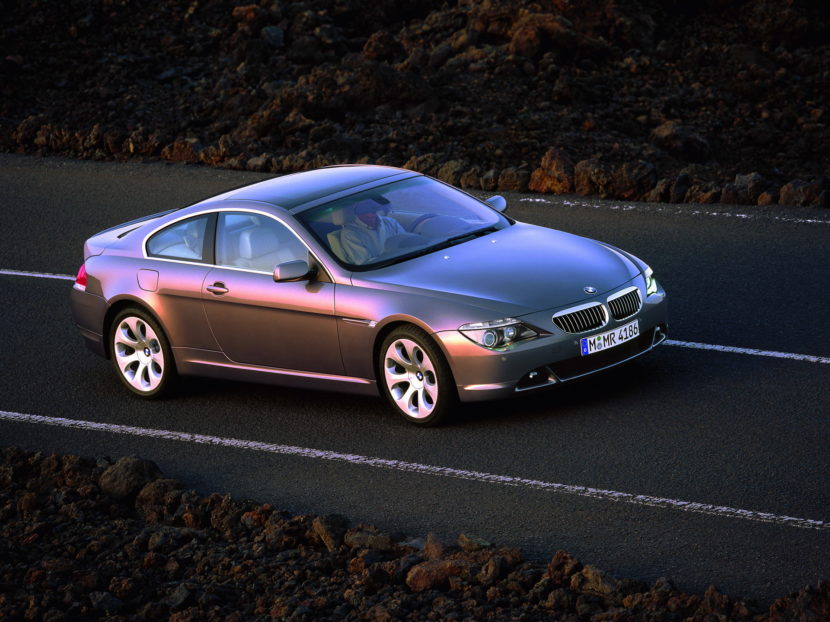 The LCI 6 Series E63/E64 was revealed in 2007. All models offered the choice of a sport automatic gearbox operated via an electronic shifter (as seen on the 2006 E70 X5 and the E60/E61 5 Series LCI from early 2007). The facelift model also marked the introduction of the first diesel choice for the 6 Series in history: the 635d was powered by a 3.0-liter straight-six unit producing 286 hp and was available only with an automatic transmission.

Compared to the pre-LCI 6 Series, the 630i entry-level variant received an output boost up to 272 PS (268 hp), while the other versions and the M6 remained practically unchanged. Apart from an unconventional design and lots of controversy, the E63/E64 model generation further attracted more clients towards the brand and augmented the fan base for the 6 Series. As well, compared to other similar competitors, the modern 6 Series was also boasting a new dashboard concept and many systems and technologies that were never seen before in the automotive industry.

The third generation of the 6 Series arrived in 2011. The first version to have been unveiled back then was the Convertible, as the development phase was first concentrated on the open-top model, with the Coupe version deriving from it and not the other way round as we would have expected. The 2-door 6 Series came out a few months after the Convertible, in 2012. 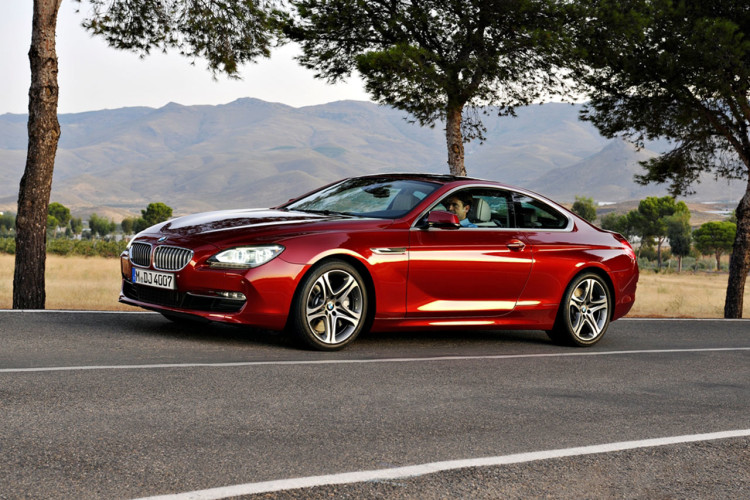 The third generation of the 6 Series underwent an LCI surgery in late 2014, to make them survive until 2018, when the F06/F12/F13 and their subsequent M declinations were phased out.

It is interesting to point out that the third 6 Series marked the introduction of the xDrive all-wheel-drive option for all engine variants (except for the M6s), while the manual transmission was no longer offered, with the 8-speed Steptronic Sport gearbox being the standard equipment across the non-M range.

The F06M/F12M/F13M high-performance versions were the first M6 models in history to use a turbocharged V8 powerplant, while the output and torque reached the rear axle via a 7-speed dual clutch gearbox. 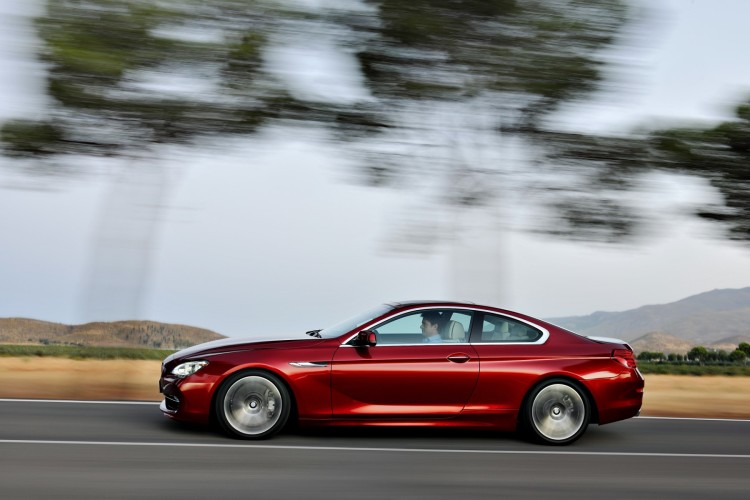 In 2017, the first indications that BMW intends to revive the 8 Series nameplate materialized as the company showcased the Concept 8 Series at the coveted Concorso d’Eleganza Villa d’Este. In this respect, the existence of the 6 Series was under scrutiny.

Once again in history, a situation like the one in 1989 when the E24 was replaced by the E31 was becoming more and more realistic. In the second half of the year, BMW introduced a successor to the F07 5 Series GT. Developed on the G30 platform and basically very much a 5 Series with some 7 Series aspirations given its price slot, this model got a very weird appellation: 6 Series GT. 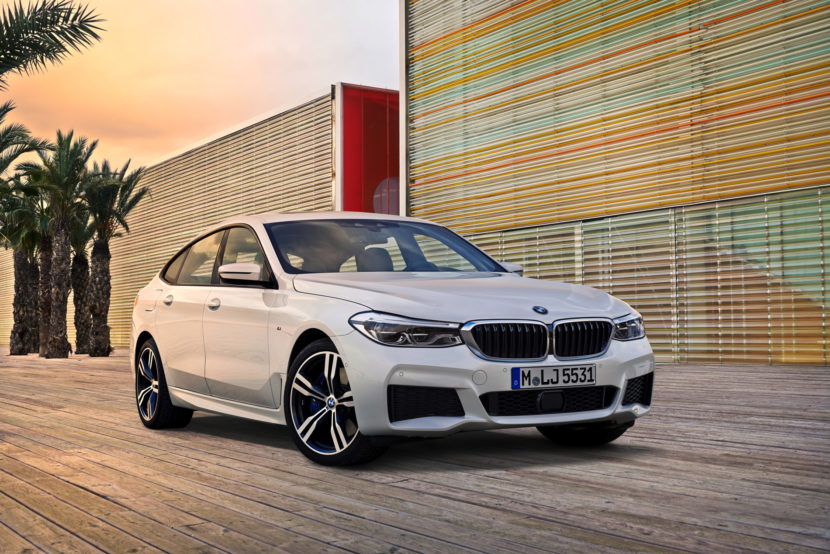 The move was more than evident, as BMW tried to fill the void that would be left by the anticipated demise of the real 6 Series F06/F12/F13 generation of models a few months later, in Spring 2018. Under the G32 model generation, the new 6 Series GT was a rather bitter surprise and no real replacement for the classy, real 6 Series.

As the 1989 situation unfolded, in June 2018 BMW premiered the second generation 8 Series under the G15 production code, which was followed by the Convertible G14 in late 2018 and Gran Coupe G16 in June this year. Together with the recently revealed M8 declinations, the new 8 Series lineup is now complete, while the 6 Series is only a memory right now. 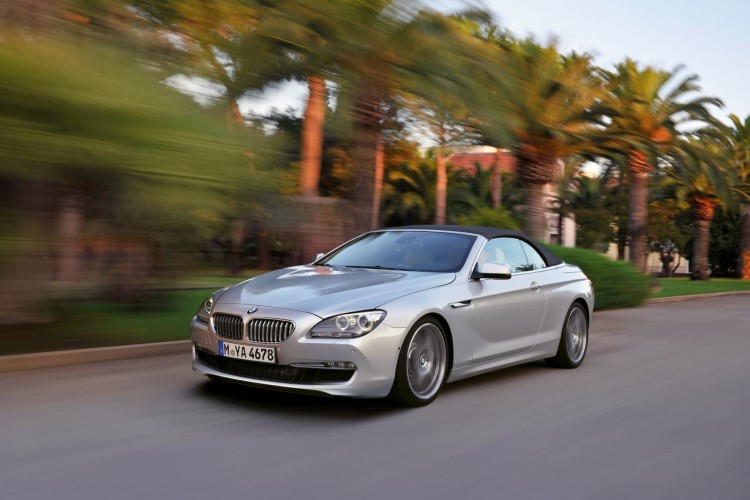 Given the ever-changing automotive industry landscape and management ambitions to counteract costs and streamline production, THE 8 itself is at risk right now, with only the Gran Coupe body likely to survive after this generation. As well, the future M8 Gran Coupe will not be derived from the standard as for the current model, but be developed entirely and exclusively by the BMW M GmbH division as to become the exponent of high-performance luxury. 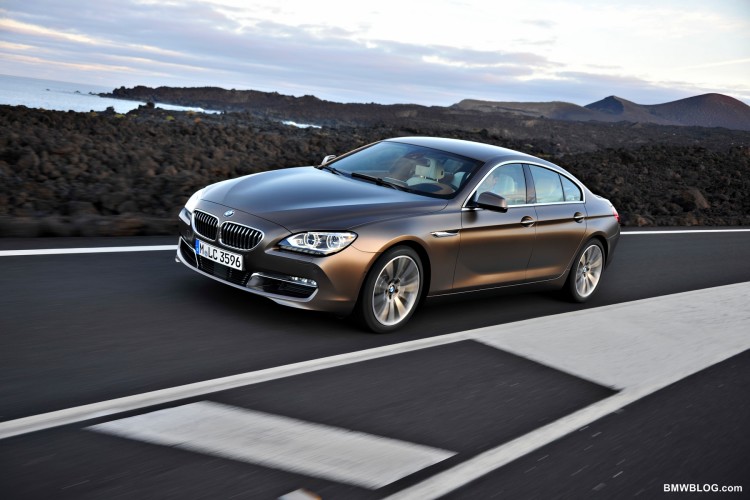 It is sad to see that there are no plans to bring back the 6 Series in the form that established it as the all-time BMW GT icon. If it were for me, a future 6 Series would be a more dynamic and high-performance oriented Coupe to battle the Porsche 911 or Mercedes-AMG GT, for example.

Who knows, the future might be surprising, but in a 5 to 10-year prospect, realistically speaking, the BMW 6 Series will be an extinct species.