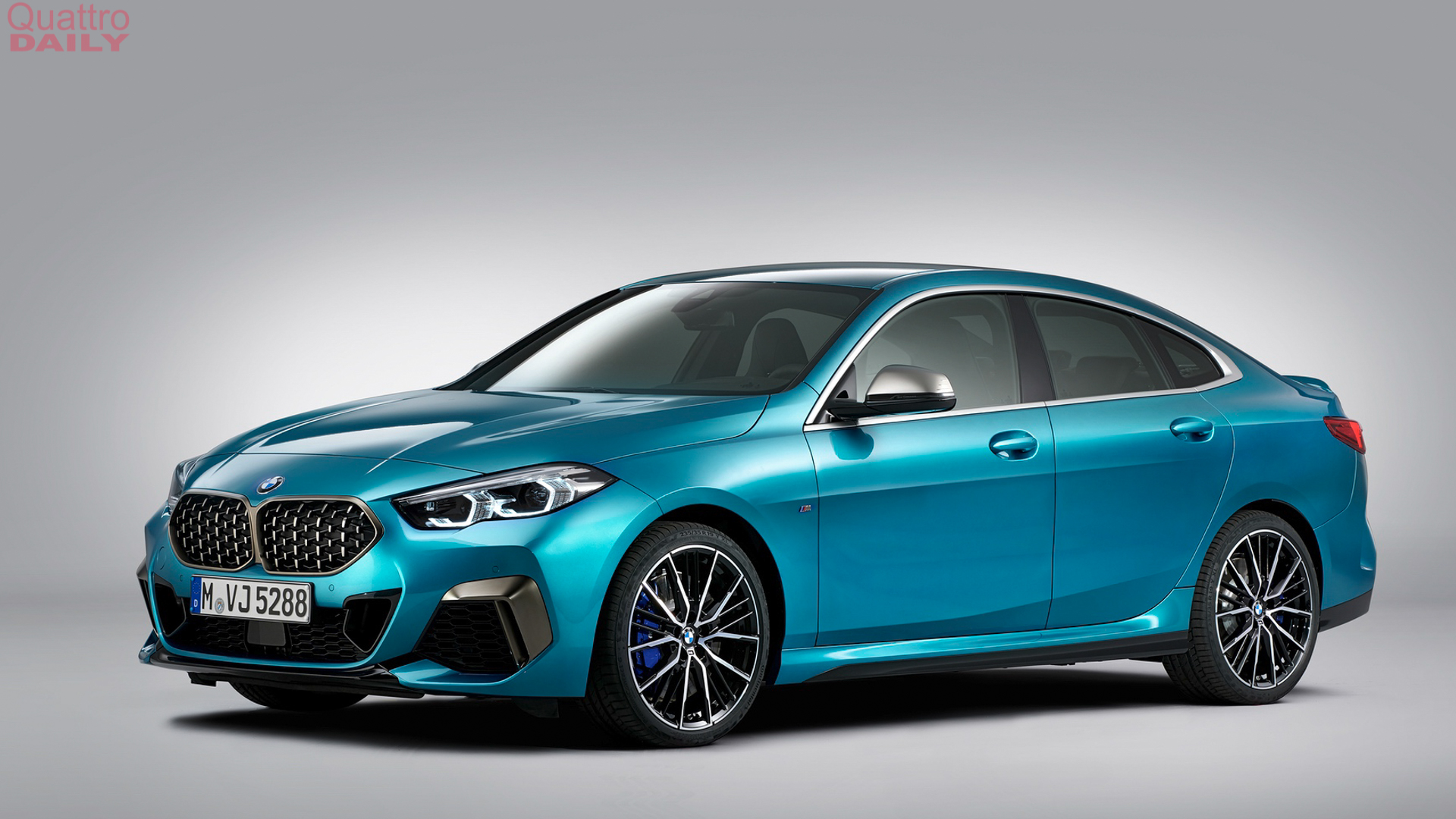 For a long time, the Audi A3 only had one major competitor in the US market, the Mercedes-Benz CLA-Class. The two went at it for a few years, both seeing surprising success on this side of the Atlantic. Now, though, a new German competitor is here to try and break up the party — the BMW 2 Series Gran Coupe.

The new BMW 2 Series Gran Coupe has just been revealed and it’s the brand’s first ever entry into this segment. The new 2 Series Gran Coupe is built on the brand’s new FAAR architecture that underpins the new 1 Series hatchback as well. So for the first time, BMW’s compact competitor will be front-wheel drive based and it has its eyes set firmly on the Audi A3 Sedan.

Because we haven’t driven the 2 Series, we can’t compare which is best to drive. We can, however, compare their styling. In this test, we actually take a look at the BMW M235i Gran Coupe — the top-of-the-line performance model — and the Audi S3 Sedan, which is the A3 variant that will take it on.

Up front, the BMW 2 Series Gran Coupe wears the same new face as the new 1 Series, just with a minor tweak here and there. It looks aggressive and handsome enough, with no major issues. However, we think the Audi S3 is the better looking car. It’s sharper, cleaner and more handsome overall. That will only increase with the new A3/S3 next year, too.

In profile, I think the Bimmer has a bit of an advantage. While neither car is particularly gorgeous from the side, the 2 Series has a bit more of a sporty, more seductive style. The way its roofline sweeps back to the C-pillar and how its overall profile is sleeker make it a bit more exciting than the S3. Still, the Audi S3 is a handsome car.

Out back, I have to give it to the Audi S3 again. The 2 Series Gran Coupe, again, isn’t bad looking but its taillights look unnaturally wide for the car and, while its little spoiler looks cool, the back end as a whole is a bit frumpy. However, the S3 is sharper and just looks sportier, thanks to its quad exhaust pipes.

On the inside, it’s quite an interesting pairing. The new 2 Series Gran Coupe uses BMW’s latest design language, the same one shared with the 3 Series and 8 Series, but with some unique bits like the lighted trim pieces. It packs better tech than the Audi S3 overall as well. However, I still think the S3 has a great design that still looks fresh. Though, overall, I think the BMW has to take it here, as its cabin is just much newer and more high-tech.

It’s hard to choose one based on looks because they both seem to have pros and cons that cancel each others’ out. Personally, if it’s me, I’m taking the Audi S3 to put in my driveway. But I couldn’t argue with someone who wanted the Bimmer.