The tuning scene is getting ready for the all-new BMW X3 M and BMW X4 M power SUVs. The uber crossovers launched this year, so it comes as no surprise that many tuning shops around the world are starting their own projects. Germany-based Manhart Racing is now the first tuner to release their own version of the BMW X3 M. 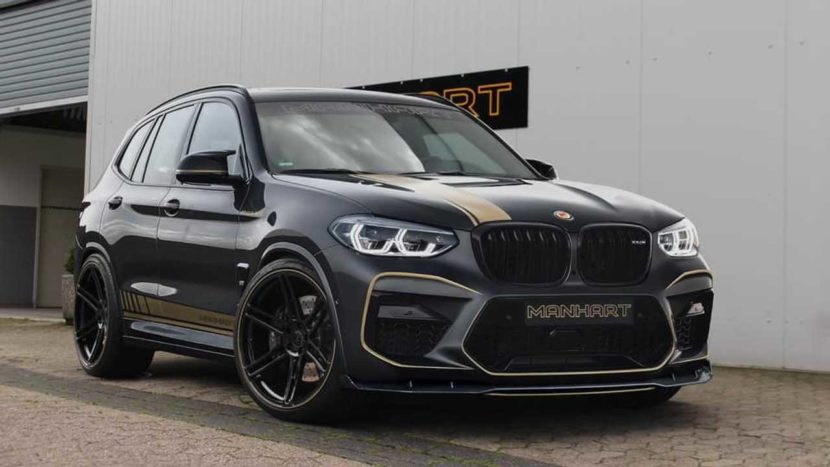 As always, Manhart Racing also worked on the visuals. The BMW X3 M by Manhart uses a set of custom 21 inch wheels while the car sits closer to the ground by 30 mm compared to the standard model.

The suspension went through some upgrades also, thanks to the H&R lowering springs. In the sound department, a custom exhaust produces better acoustics while visually it adds quad 100-mm (4-inch) ceramic tips made from stainless steel.

YouTube vlogger Shmee headed to the tuner’s shop to check out the tuned-up X3 M Competition, as you can see in the video below.