A few days ago, we saw a track battle between the Toyota Supra and the BMW M2 Competition, conducted by Cars.co.za. They put their own racing driver behind the wheel of each and had him lap a track as hard as possible. The M2 Comp came out on top but only by a hair. In this video, they take the same two cars and drag race them to see which is faster in a straight line.

This is the test where the BMW M2 Competition has an even bigger advantage. Its 3.0 liter twin-turbocharged I6 (S55) makes 405 hp and 406 lb-ft of torque. In this test, that engine is paired to a rapid-fire, dual-clutch transmission. While the Toyota Supra uses a 3.0 liter turbocharged I6 (B58 — the same as the Z4 M40i) and makes 335 hp and 369 lb-ft of torque. That engine is paired to an eight-speed torque-converter auto.

Both cars power only their rear wheels but the M2 Competition has stickier Michelins. Though, the Toyota Supra has a weight advantage, being quite a bit lighter than the M2. So which one is faster in a straight line? 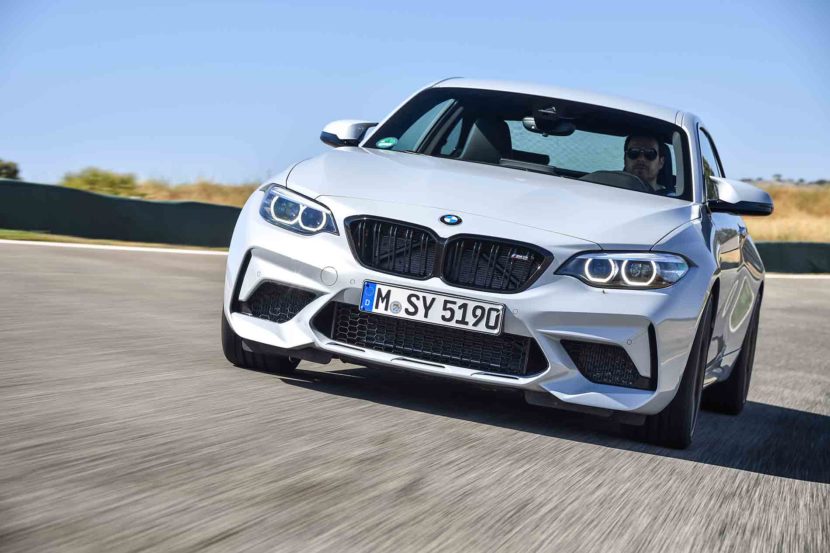 Off the line, the Toyota Supra was actually a bit better, despite both cars struggling for traction. In fact, the Supra was actually quite sketchy off the line, even getting a bit sideways under power. Once they both found traction, though, the Supra actually pulled ahead by good margin. However, the M2 Competition ended up using its extra grunt to pull ahead at the last second and take the win.

As for exact times, the BMW M2 Comp took 13.36 seconds to run the quarter-mile, while the Toyota Supra took 13.44 seconds. Those both seem a bit slow but that’s likely attributed to the massive wheel-spin for both cars at the beginning of the race. Still, this seems like a bit of a moral victory for the Supra, as it’s the much less powerful car and still has room for a lot of improvement.