There is very little doubt that the BMW M Division will go through significant changes in the near future. While most, if not majority, of the M cars that came out this year, and that will come out in 2020, are still “old school” in a way, the future of M will revolve around electro-mobility.

Research and work have already started on some future M models and while one day the M Division will be mostly, if not all electric, there are some intermediary steps that will be taken. We’ve already heard about a future 48V system in M cars, which will lead the way for plug-in hybrid M cars and eventually, a fully electric M sportscar.

But what will happen to the fun, little cars like the M2 Coupe? We already know that a new generation is in works, based on next year’s 2 Series Coupe. The standard 2 Series will retain its beloved rear-wheel drive platform and will continue to give BMW customers a dynamic and spirited driving experience.

Therefore, the M2 Coupe will also continue to send all the power to the rear wheels which will certainly please all the BMW enthusiasts. 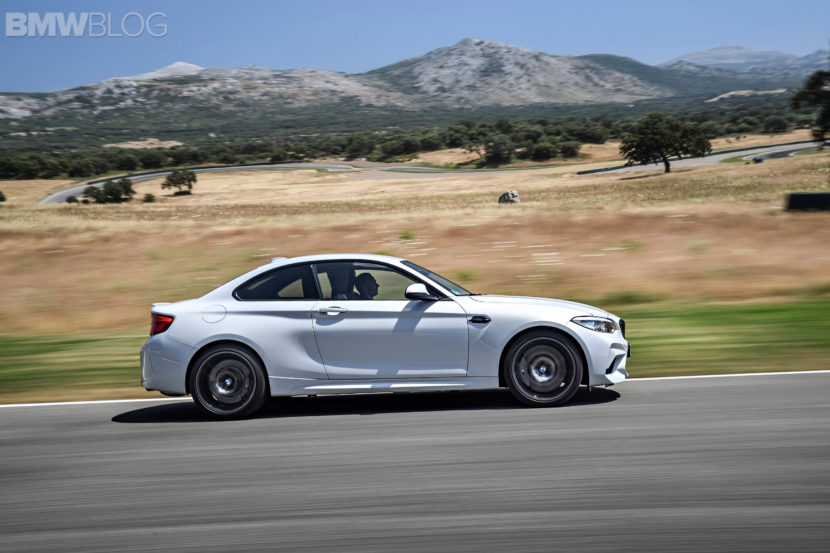 To make things even more interesting, a report by Automobile Mag dropped a little rumor within the fine print portion of the article. According to them, a partly electrified M2 is not far fetched, but details are sketchy at the moment. While we couldn’t confirm this with our own sources, yet, it’s fair to assume that a 2022 BMW M2 model will NOT go the plug-in hybrid way. The more reasonable approach would also be a 48V system, and electric turbos, which will give an additional power and torque boost.

So some surprises might be in store for the next M2.

For now, we’re simply glad that the story of the M2 will continue in a few years and it’s already interesting to see what a 2029-2030 would evolve into.