As a BMW enthusiast, actually getting to go to Garching, to the headquarters of BMW M, must be a genuine thrill. But to go and actually talk to the CEO of the M Division, while poking around at rare classics, must be an incredible experience. And it’s one that Car Magazine recently had, when it interviewed BMW M CEO Markus Flasch in Garching.

During their recent trip to the BMW M HQ, Car Magazine was able to talk to Flasch about the M Division in both its current state and its projected state for the future. It’s quite an interesting read, as Flasch provides a ton of insight into the brand, his vision for the future and himself as an enthusiast. Possibly the most important bit of information Flasch give is about electrification.

“If I consider my stint in BMW M to be a four-year term, which is typical of BMW management, it’s all about leading M into the future,” he told Car. “This means electrification of course, this will be the biggest change. We do not have to be first for the sake of technology, but we have to be very careful to preserve what M stands for.” He was also asked when a pure BEV (Battery Electric Vehicle) might come from the M Division. “We are working on all types of electrification, whether it’s 48-volt systems, full hybrids or battery-electric vehicles – all of these concepts are on the shelf at the BMW Group. We can grab from this shelf whatever we like.” It was a point he made when I spoke to him last month as well. 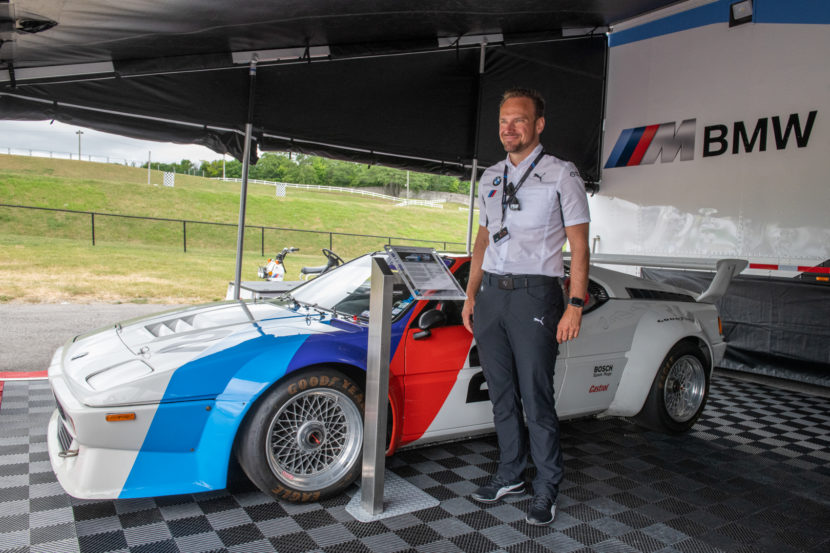 Flasch also all but admitted that the next-gen BMW M3 will have an all-wheel drive system with a rear-wheel drive mode. “Drivetrain-wise, think about the M5’s all-wheel-drive system – we are able to put it in the M3 as well.” he said.

The thing that might stand out most for enthusiasts, though, was his stance on a potential M Division supercar. The folks at BMW’s M Division have either been quick to deflect questions about a possible supercar or outright squash them. In fact, we’ve been told that BMW M will absolutely not make a supercar in the past. However, Flash leaves the door open.

“There are no supercars that we’re working on right now,” Flasch told Car. “But the idea of a supercar is something of course that sticks in the mind of any BMW engineer, especially M engineers. We are constantly reviewing it. Not working on such a project, but reviewing. I wouldn’t rule it out.”