First half of 2019: Statistics show BMW’s electric strength in Europe 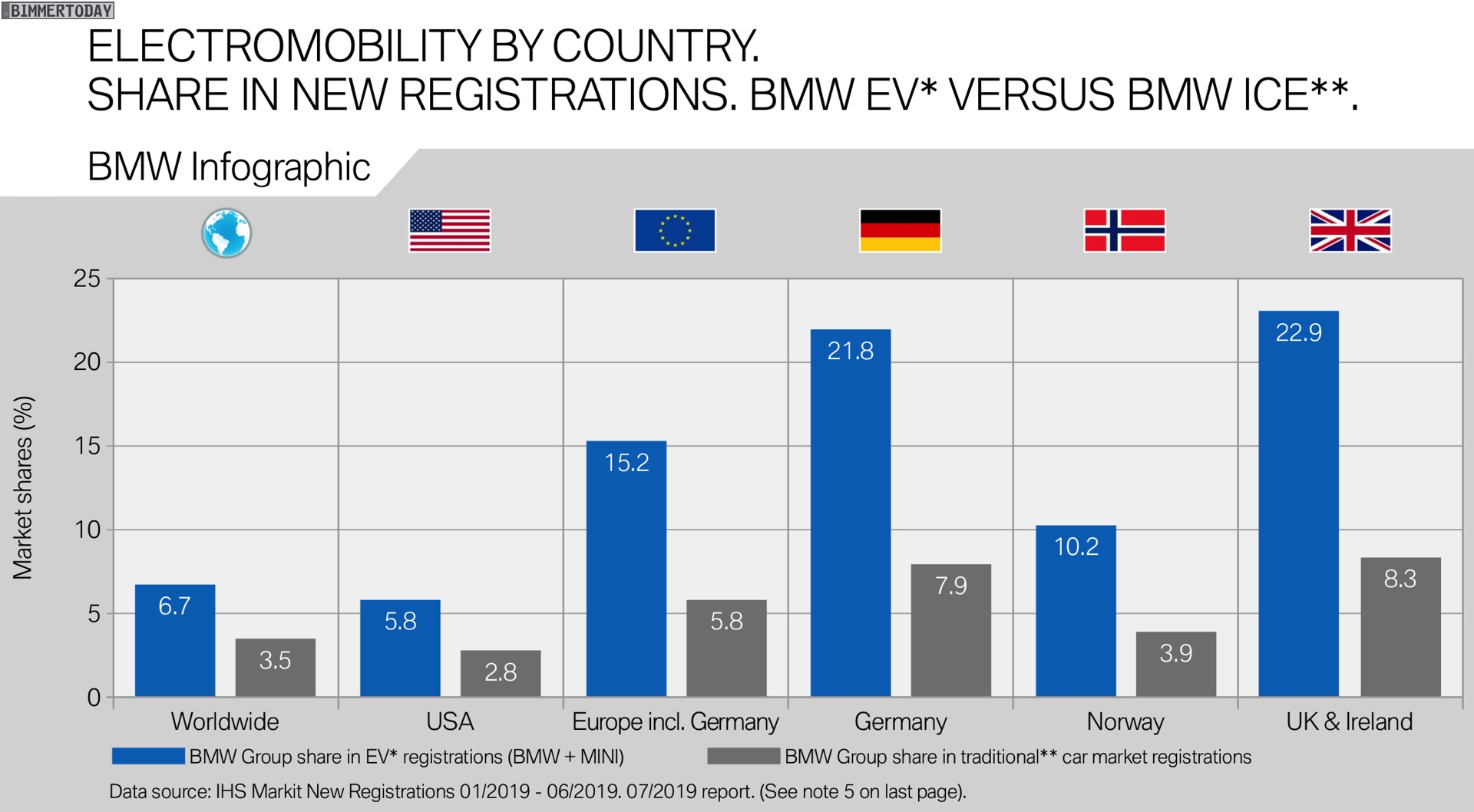 Electric cars have been on everyone’s lips for years and are becoming more and more common on the streets. BMW is undoubtedly one of the pioneers and despite the perception is strongly represented in the market for electric cars and plug-in hybrids. In the first half of 2019, the electrified BMW models made a significant contribution to achieving a new sales record.

Electric cars and plug-in hybrids are also particularly valuable because they bring completely new customers to the brands of the BMW Group. This becomes clear when looking at market shares in some important markets: in the first half of the year, for example, the BMW Group accounts for 7.9 percent of new registrations in Germany. 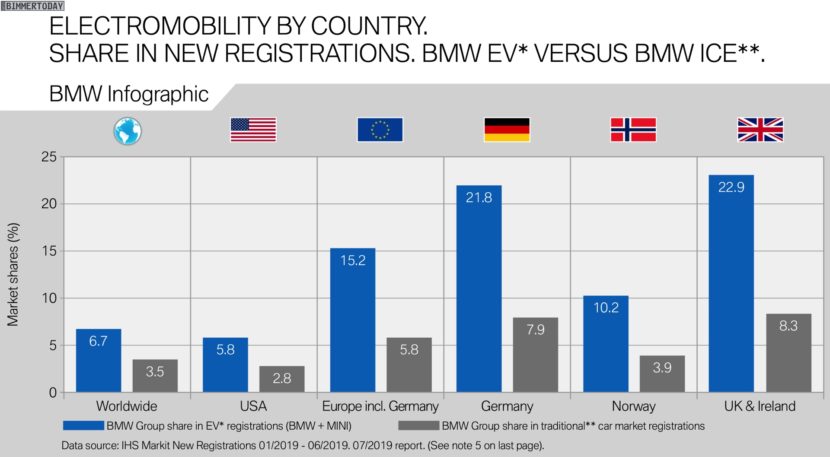 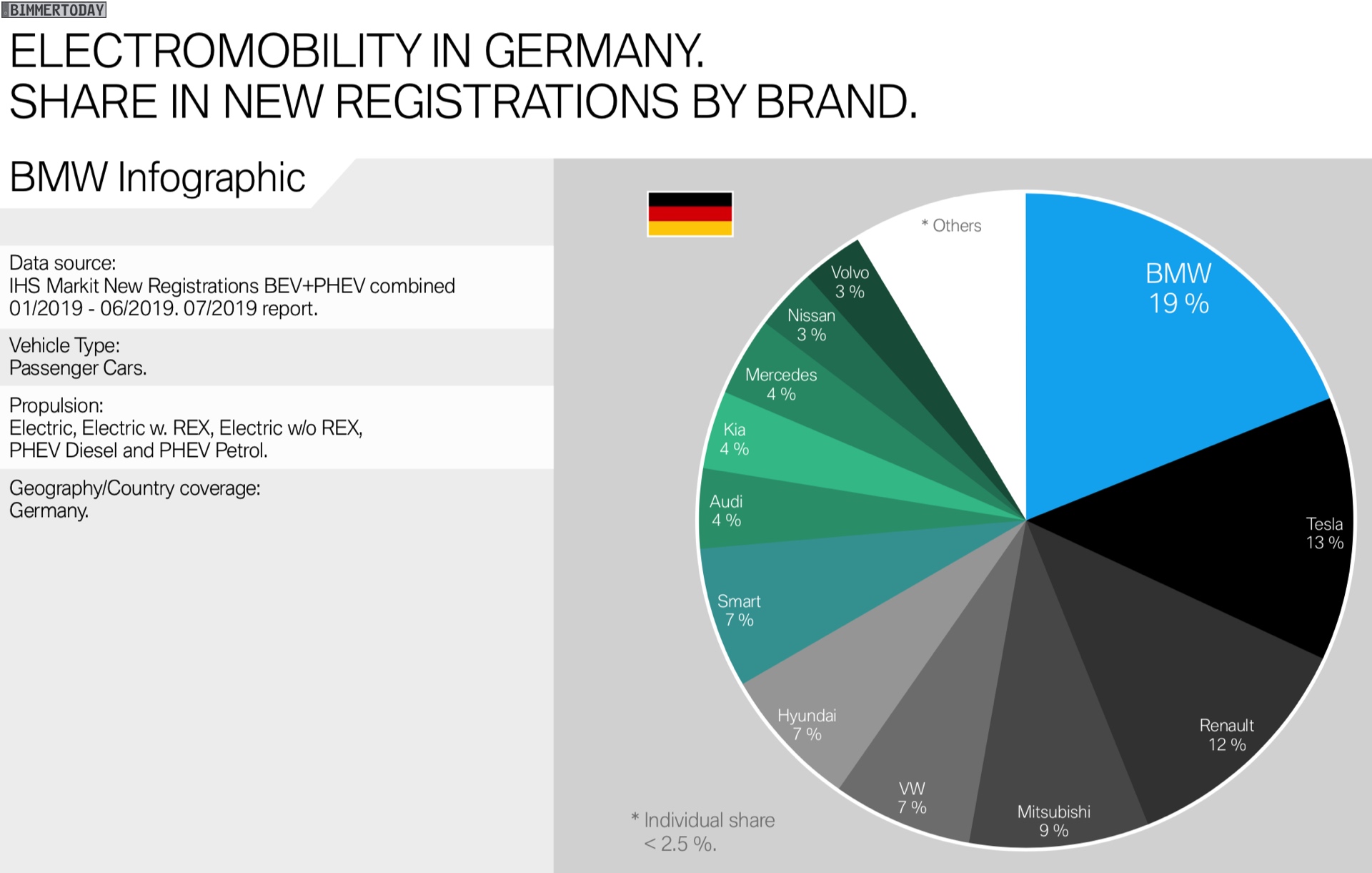 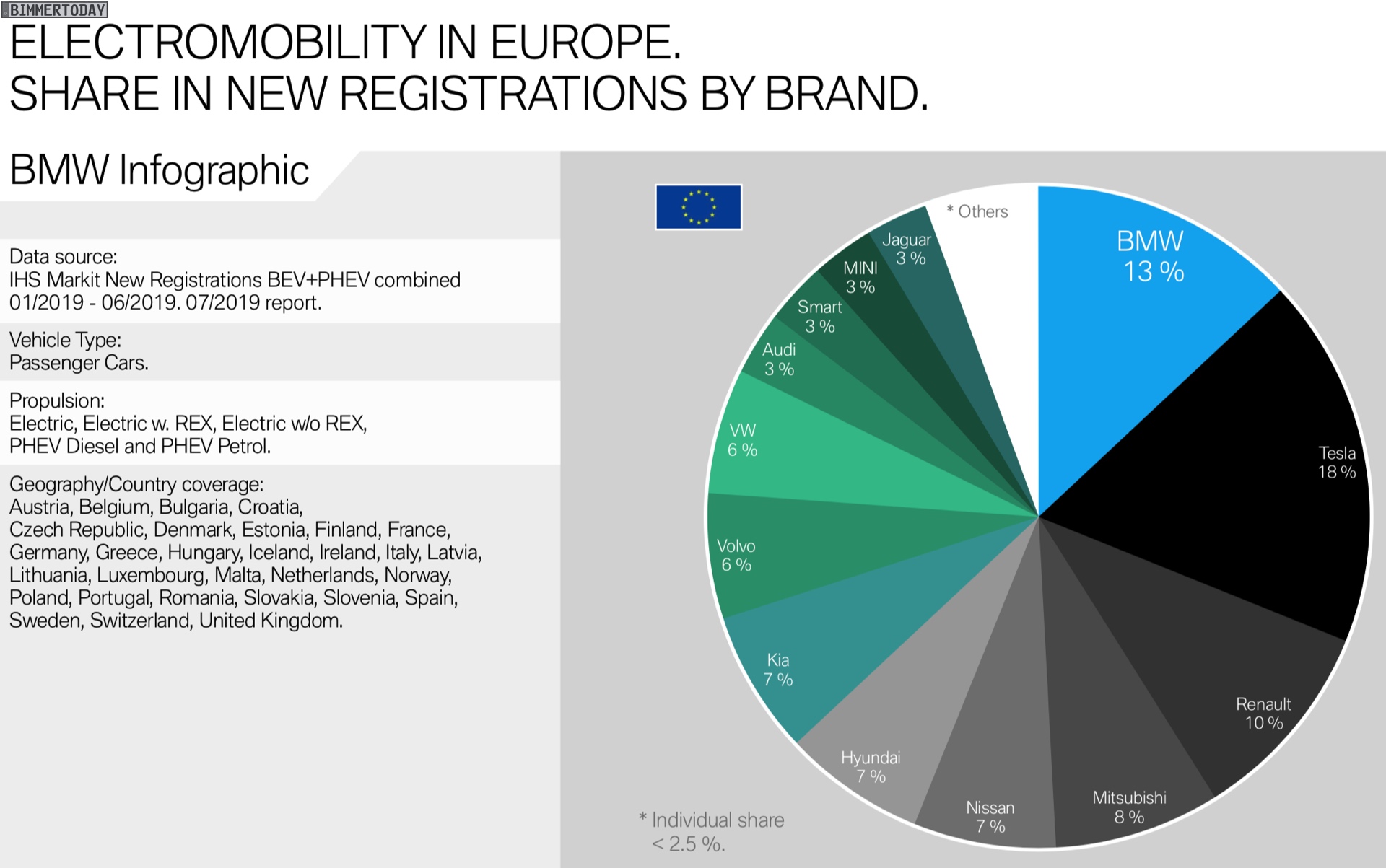 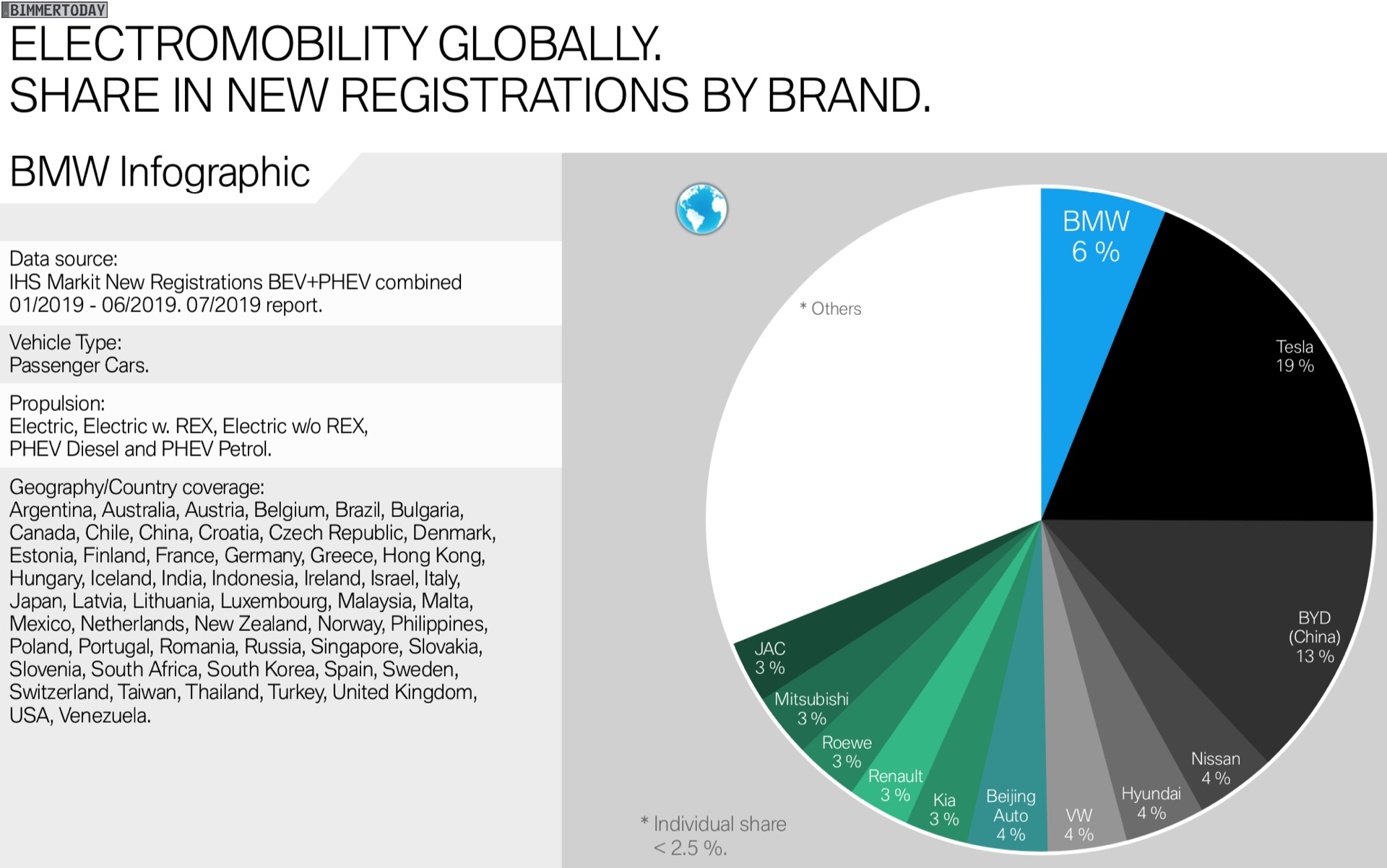 When it comes to plug-in hybrids, the new registrations account for 21.8 percent. Another interesting data point is Europe’s number of new electric vehicles registered – 15.2 percent.

The typical competitors Audi and Mercedes continue to be in the shadow of the BMW Group in the field of electric cars and plug-in hybrids. In Germany, 19 percent of the electrified vehicles come from BMW or MINI, in comparison, Mercedes and Audi only come to 4 percent each. Even with the 7 percent market share of Smart, Daimler remains clearly behind the BMW Group. 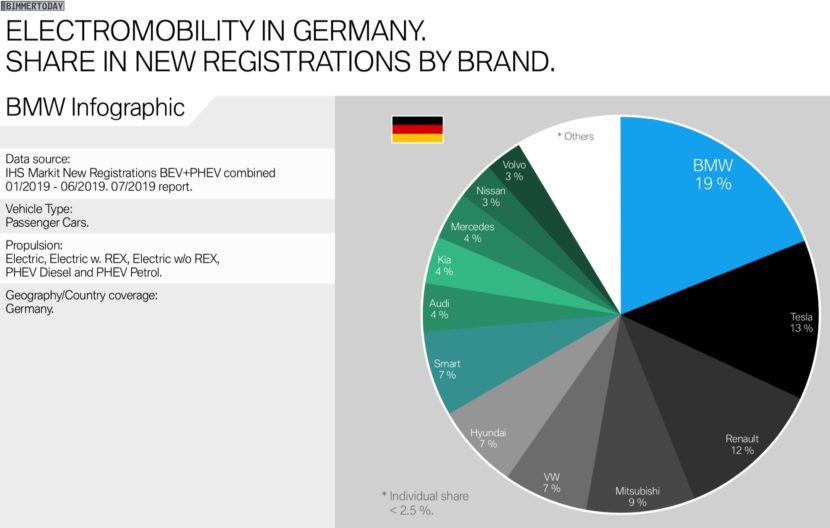 Although BMW only accounts for 6 percent of electrified new registrations in the global figures, it still outperforms the classic competitors and only has to surrender to two brands. Since the introduction of the Model 3, Tesla has been the clear market leader worldwide.

Second place goes to the Chinese brand BYD. With shares of less than 3 percent, Audi and Mercedes are placed under the “Other” segment.

In the small electric car segment, the BMW i3 is not the world market leader, but with a share of 18 percent, it is only just behind the much cheaper Renault Zoe and Nissan Leaf.

Although the i3 is not getting any younger, it is steadily increasing its sales.