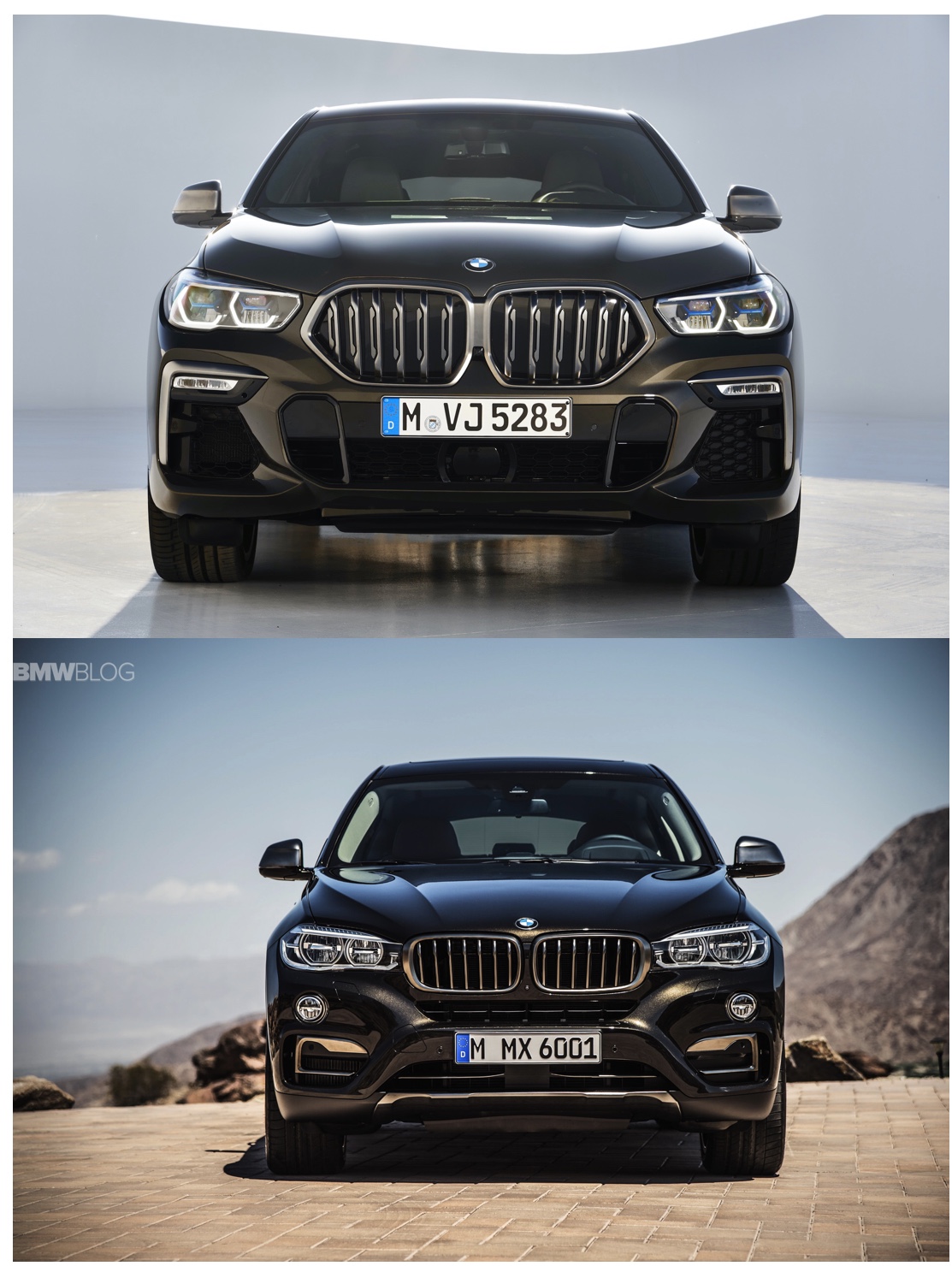 The wait is finally over. The new BMW G06-generation X6 is here and will join a fully refreshed X-lineup. The Sports Activity Coupe–a fancy name for a coupe-like crossover–will join the likes of the X5 and X7, in the upper luxury SUV class. The new BMW X6 is bigger than the car it replaces in every single way, save for height.

The new BMW X6 has grown by 26 millimetres in exterior length over the outgoing model (to 4,935 mm) and by 15 mm (to 2,004 mm) in width. It now stands 6 mm lower (at 1,696 mm) and combines dynamically stretched proportions with an extremely powerful appearance, which is enhanced by a wider front track (+44 mm to 1,684 mm). The car’s wheelbase has increased by 42 mm to 2,975 millimeters, and the new model also has a lower center of gravity than its predecessor.

Its design is also more polarizing with a more aggressive and imposing front-end, clearly imported from the G05 X5. Compared to its more traditional sibling, the BMW X6 gets more angular Kindey Grilles, new headlights and simply enormous lower front intakes in ‘M50i’ spec. Also, those Kidney Grilles can light up, as the X6 is the first BMW production car with illuminated grilles.

Also compared to the predecessor F16 X6, the entire design portrays a sportier and luxurious crossover, with certain elements that make it stand out even more.

From the back, it gets new taillights that are sort of reminiscent of the X4’s and even the 8 Series’. On the X6 M50i seen in these photos, it also gets a subtle roof spoiler as well as a spoiler on the small decklid under the rear window.

Inside the new G06 BMW X6, you’ll find a cabin that’s almost identical to the one in the X5. The only noticeable difference is just ahead of the shift lever, where the little cubby is flanked by two humps on either side of the center console. At a first glance, it is certainly far superior in design and quality than the outgoing X6 model, which should please many of the X6’s fans. It also gets a Panoramic Glass Roof Sky Lounge, which features 15,000 illuminated patterns in the glass at night.

As always, the photo comparison embedded here should give you a better idea of the new X6 and how it compares to the predecessor.