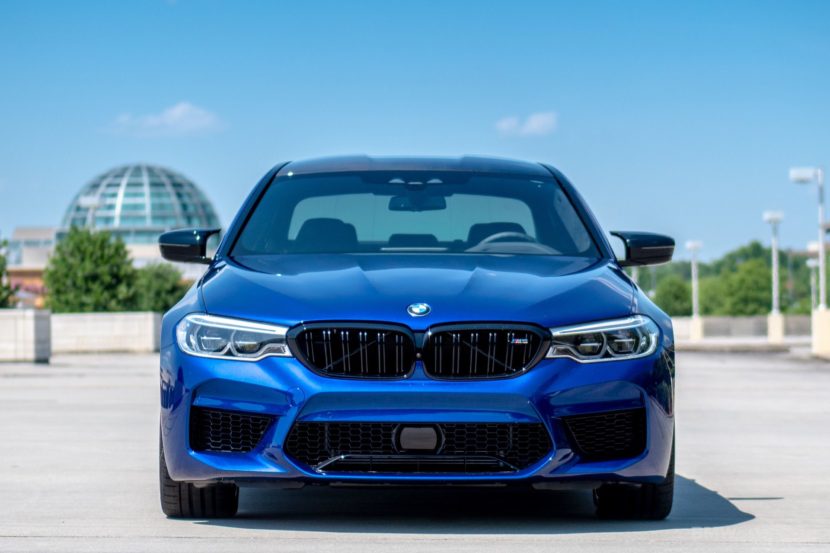 One of the best colors available today in the BMW color palette is the Marina Bay Blue Metallic. The beautiful shade of blue made its debut alongside the F90 M5 and has since been seen on other BMWs as well. This particular M5 comes from North Carolina and the local Hendrick BMW dealership and it’s priced at $120,000. In the offering, the dealer included a series of options that raised the MSRP – things like the Executive Package and Driving Assistance Plus Package are some of the highlights.

The idea behind the M5 Competition is to cater to a small group within the M5 owners family who demand the best when it comes to their already expensive cars, a challenge that the M engineers in Garching often embrace and look forward to. To many, the F90 M5 was already faster than their driving capabilities, but that shouldn’t stop the progression and evolution of cars, so the M folks got to work. 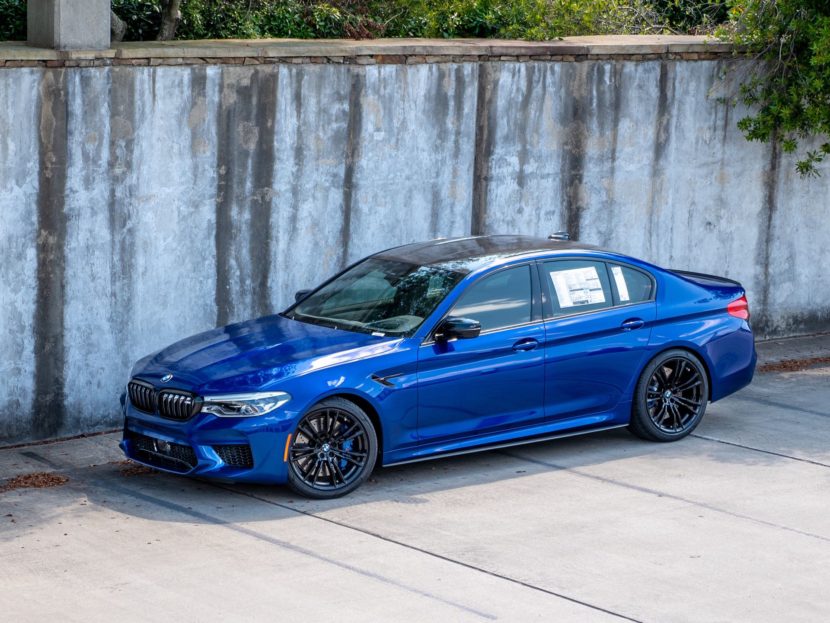 The changes compared to the regular M5 model start up front, under the hood. The 4.4 liter twin-turbocharged engine in the F90 BMW M5 Competition now makes 625 hp and 553 lb-ft of torque. That’s an increase of 25 hp but its torque figure stays the same. However, that makes the M5 Competition more powerful than the Mercedes-AMG E63 S, it’s most fearsome rival, though the AMG still has more torque. Although, the M5 Competition’s torque spread is now 200 rpm wider, so it feels a bit punchier anyway. 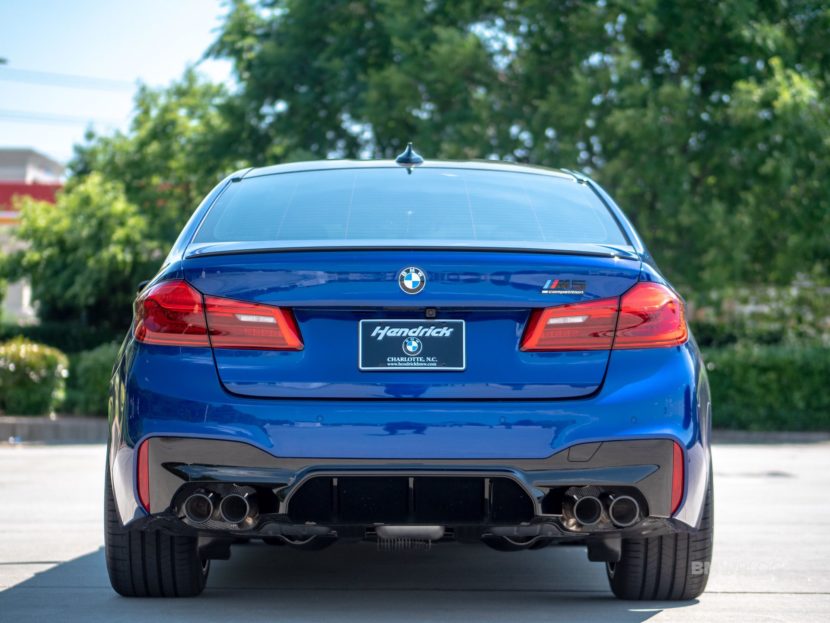 BMW claims a 3.1-second 0-60 mph time, which is the same as the standard M5, but that it will get to 124 mph in 10.8 seconds, which is three-tenths faster than the regular car. That’s also quite remarkable for a sedan to break eleven seconds to 124 mph.

The BMW M5 Competition also gets a new, unique exhaust system. The standard M5 sounds good but, but many agreed that it was in need of a bit of an upgrade. It also sports a new suspensions setup, specific to the Competition. The new suspension is seven millimeters lower than the standard setup and has had its shocks, springs and geometry specifically-tuned for the M5 Competition. 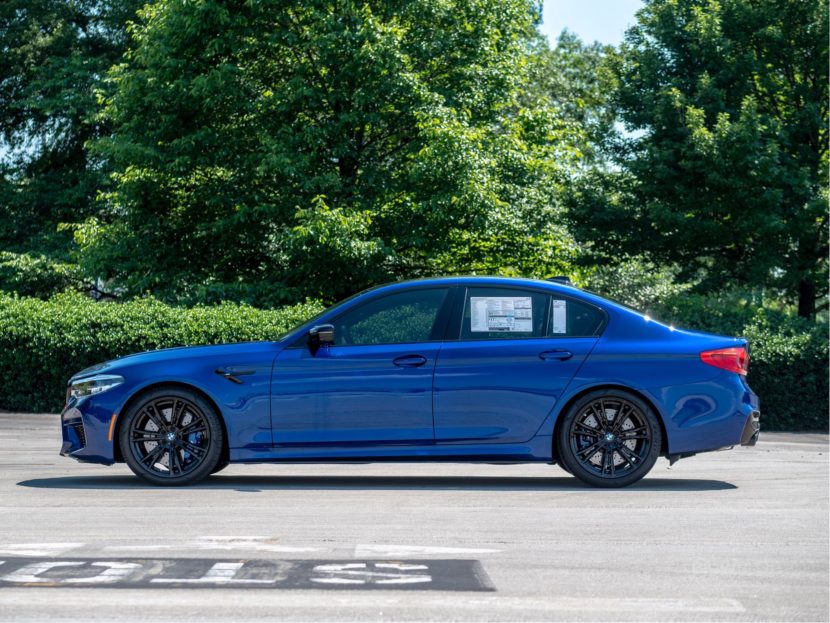 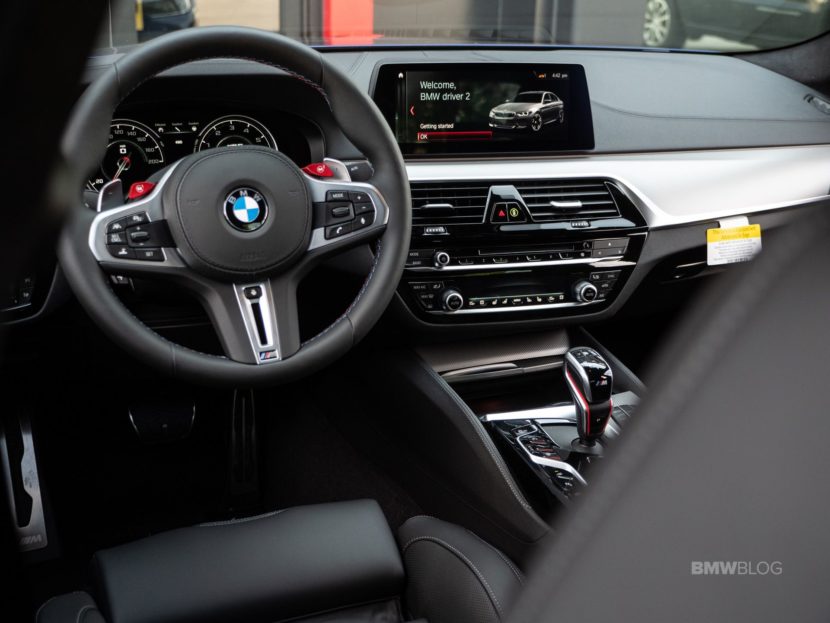