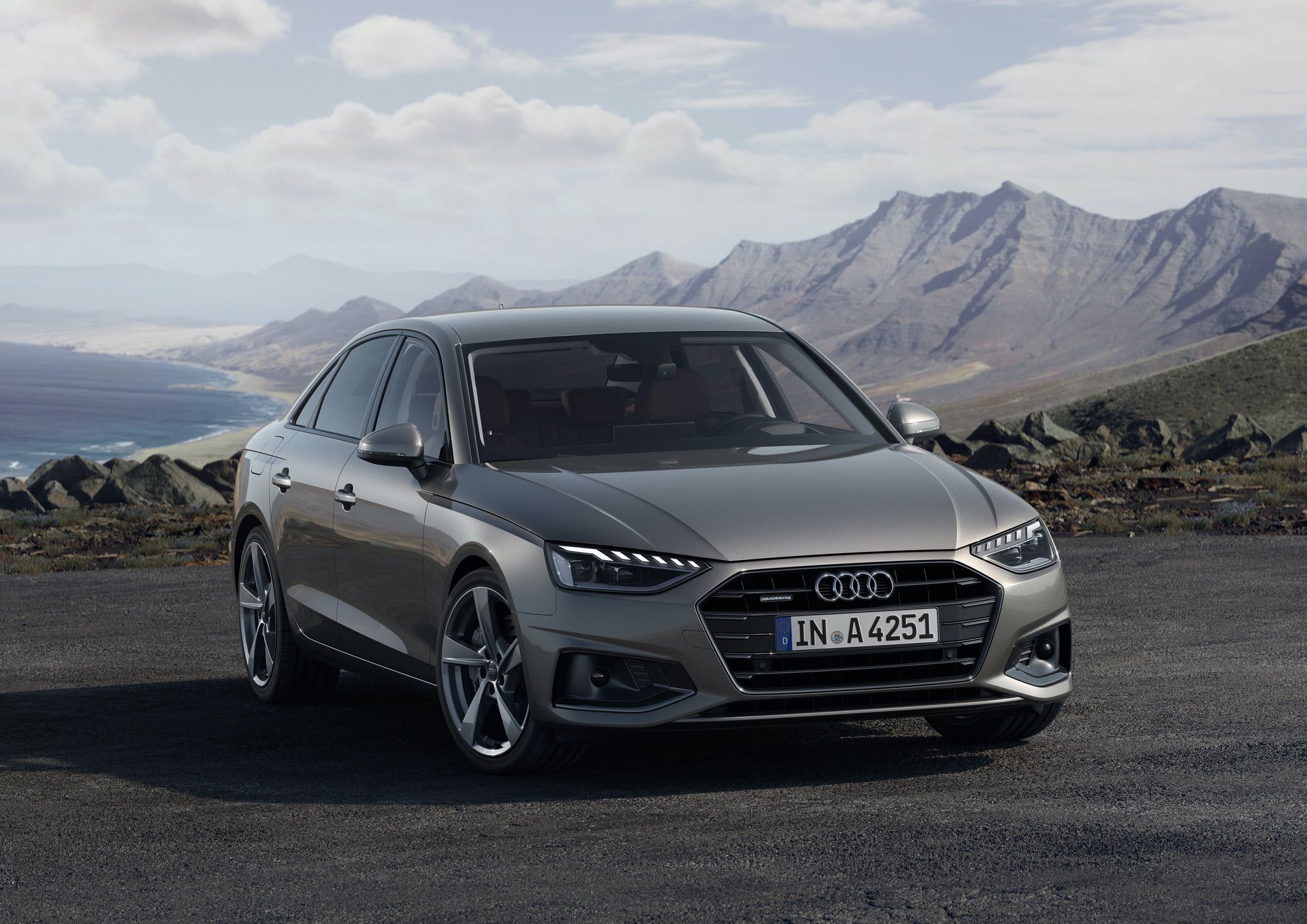 Audi is refreshing its A4 family to compete with the new offerings from BMW and Mercedes-Benz. Nearly four years after its debut, the fight-generation Audi A4 is getting a design and tech refresh. The models touched by this facelift are the the sedan, the Allroad, and the Avant wagon. The A4 has been integrated into the brand’s new design language, seen on the latest A6 and A7 midsize cars and even the all-new Q3 and Q8 crossovers.

The single-frame grille is slightly wider and flatter, while the headlights and taillights feature new styling. The grilles now come in one of three flavors, with horizontal slats for standard models, vertical slats for the Allroad, and with a honeycomb pattern for the S line and S4. On the sides, some of the lines have disappeared to create a cleaner look. Customers can choose from 12 paint colors, including a new Terra Gray option.

Inside the updated Audi A4, the biggest change is the new 10.1-inch MMI touch display offering a menu structure that is said to be easier to use. The classic rotary control on the centre console has been eliminated in the process, although designers incorporated a physical volume knob. That opens up space for a new storage cubby to slot between the cupholders and shifter. Three instrument cluster variants are available: two partially analog driver information systems and, in conjunction with the MMI plus, the all-digital 12.3-inch Audi virtual cockpit plus.

Under the hood, there will be six turbocharged engines available globally including both gas and diesel options. Three transmissions will be offered worldwide, too, including a six-speed manual, seven-speed dual-clutch transmission and an eight-speed conventional automatic. One of the engines is an interesting 3.0-liter V6 diesel for the S4 TDI. It makes 341 horsepower, 516 pound-feet of torque and does so with an electrically-driven supercharger. A key upgrade here, as found in the new A6, is the 48-volt mild-hybrid system that improves fuel economy especially in city driving.

Audi hasn’t said what powertrains will be available in the U.S., but we expect none of the diesels will be offered. Audi has yet to announce US pricing for the new A4, but Europeans will be able to spec out their new quattro-equipped sedans by the end of this month for as little as €35,900. 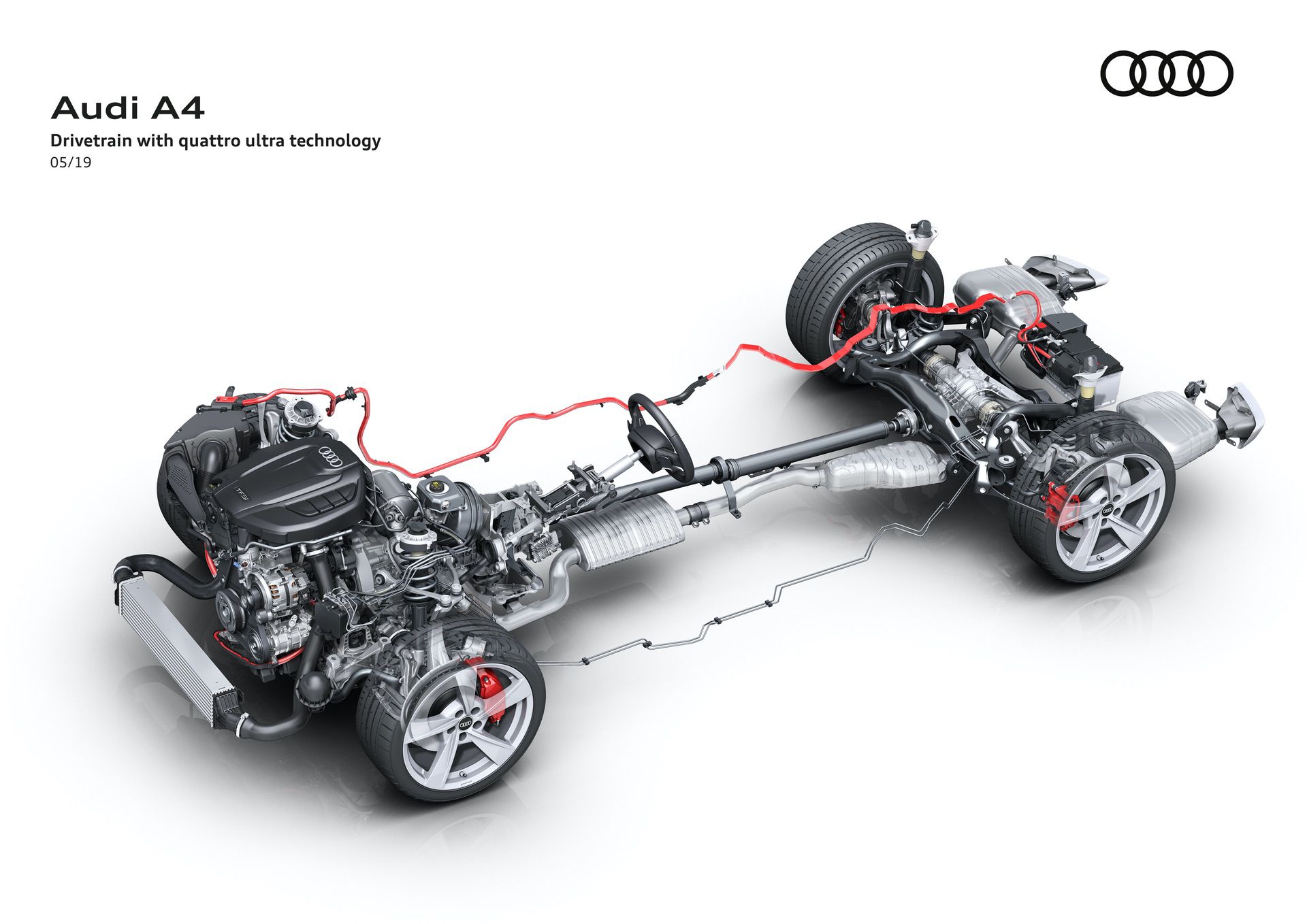 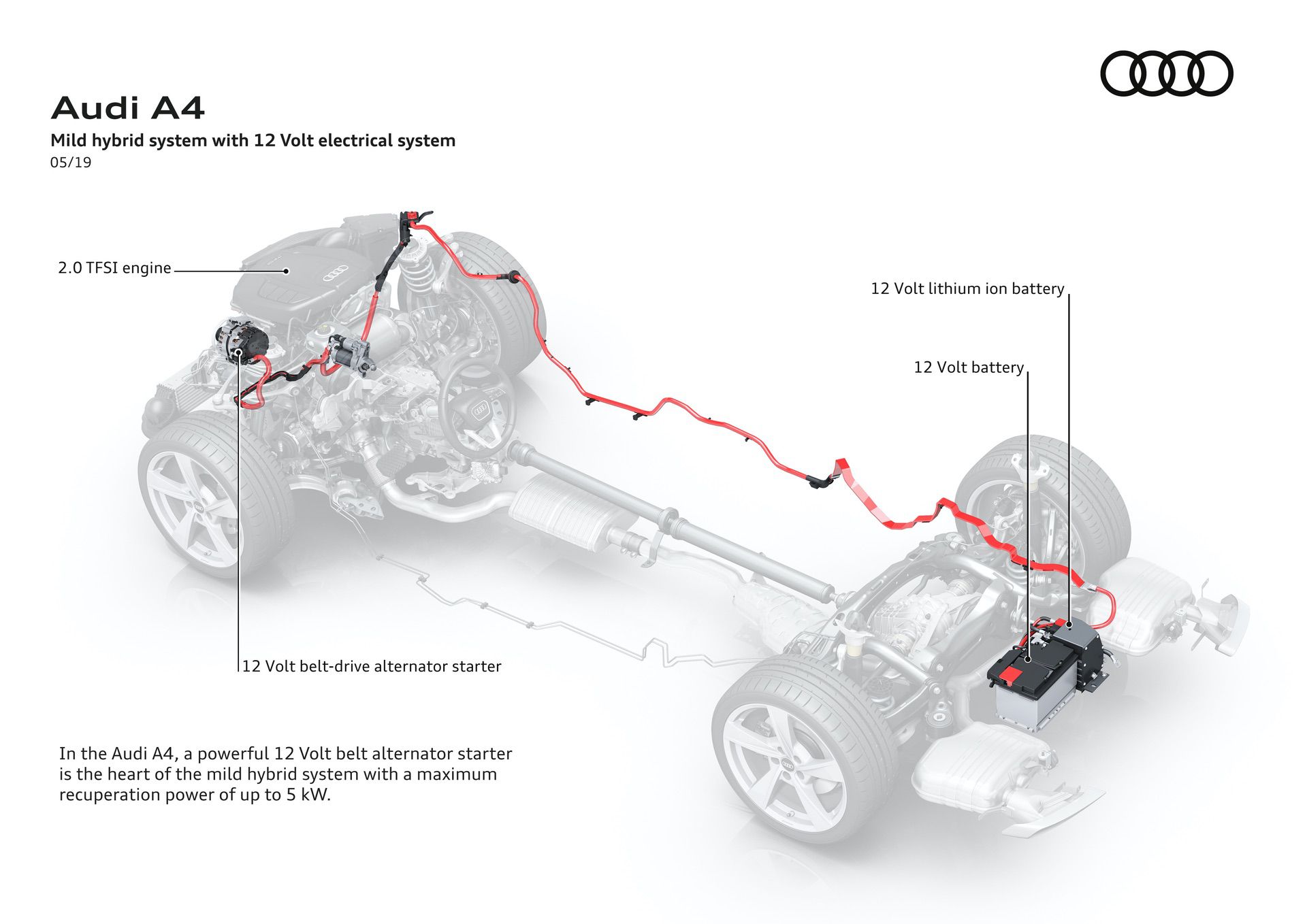 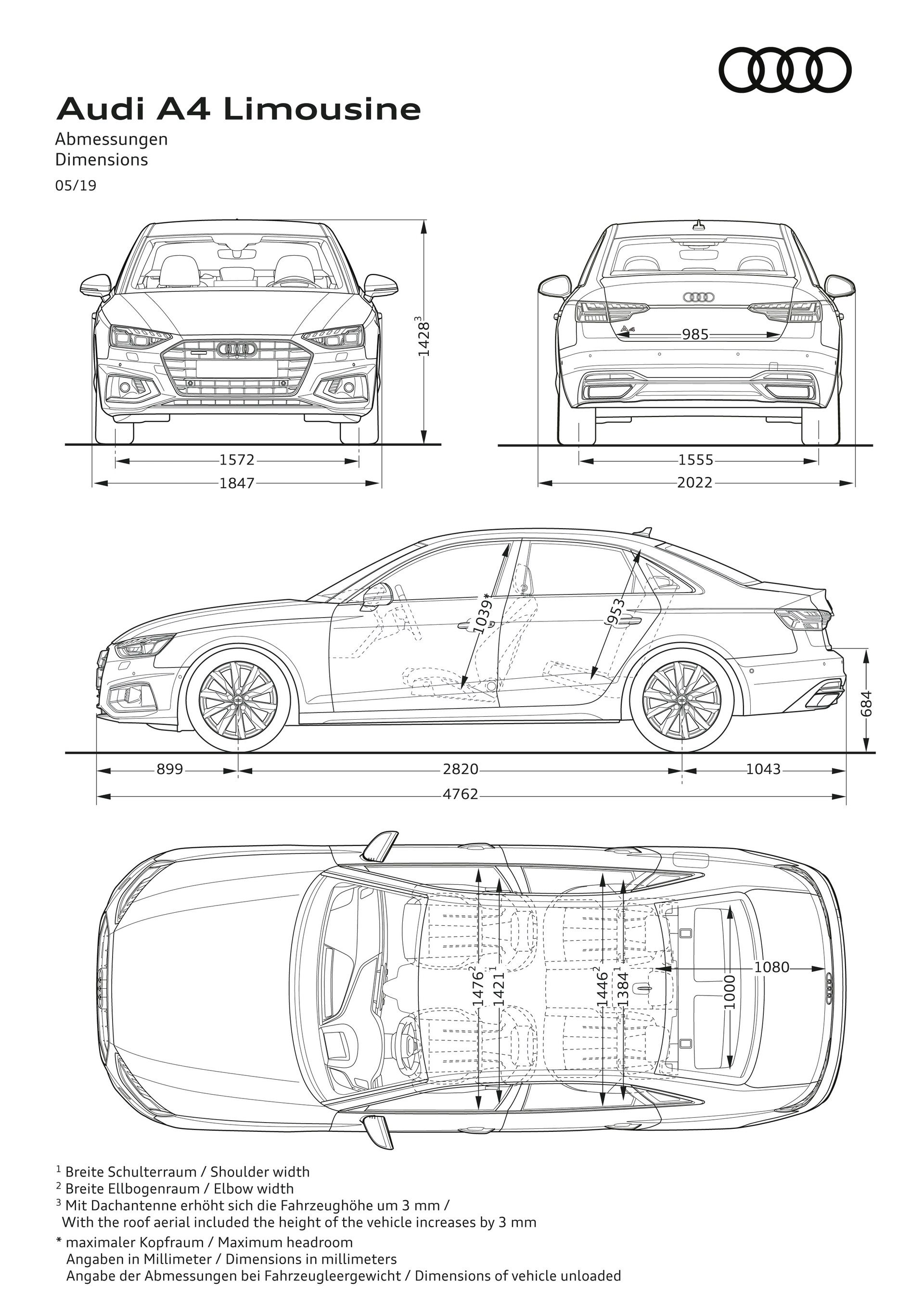 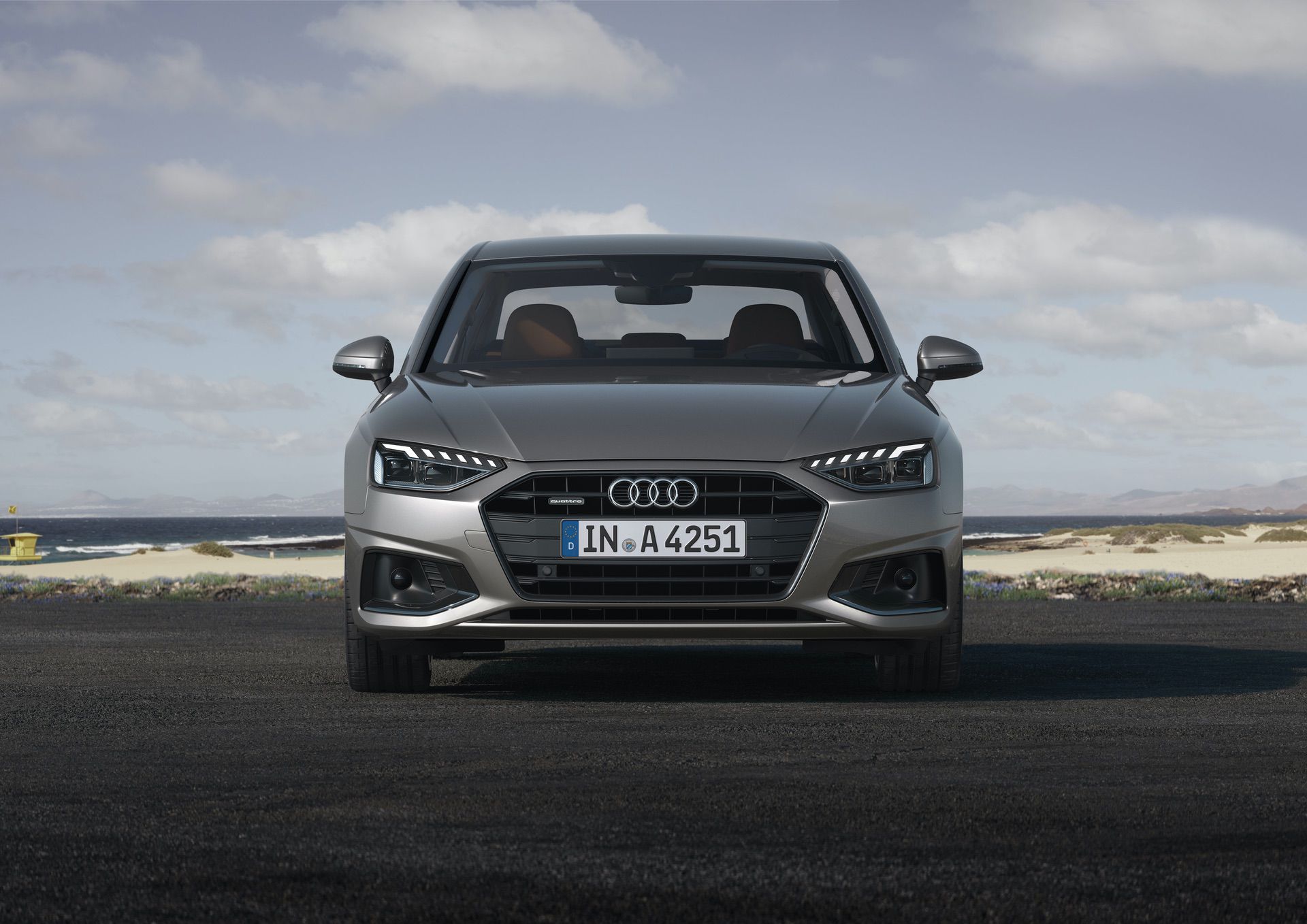 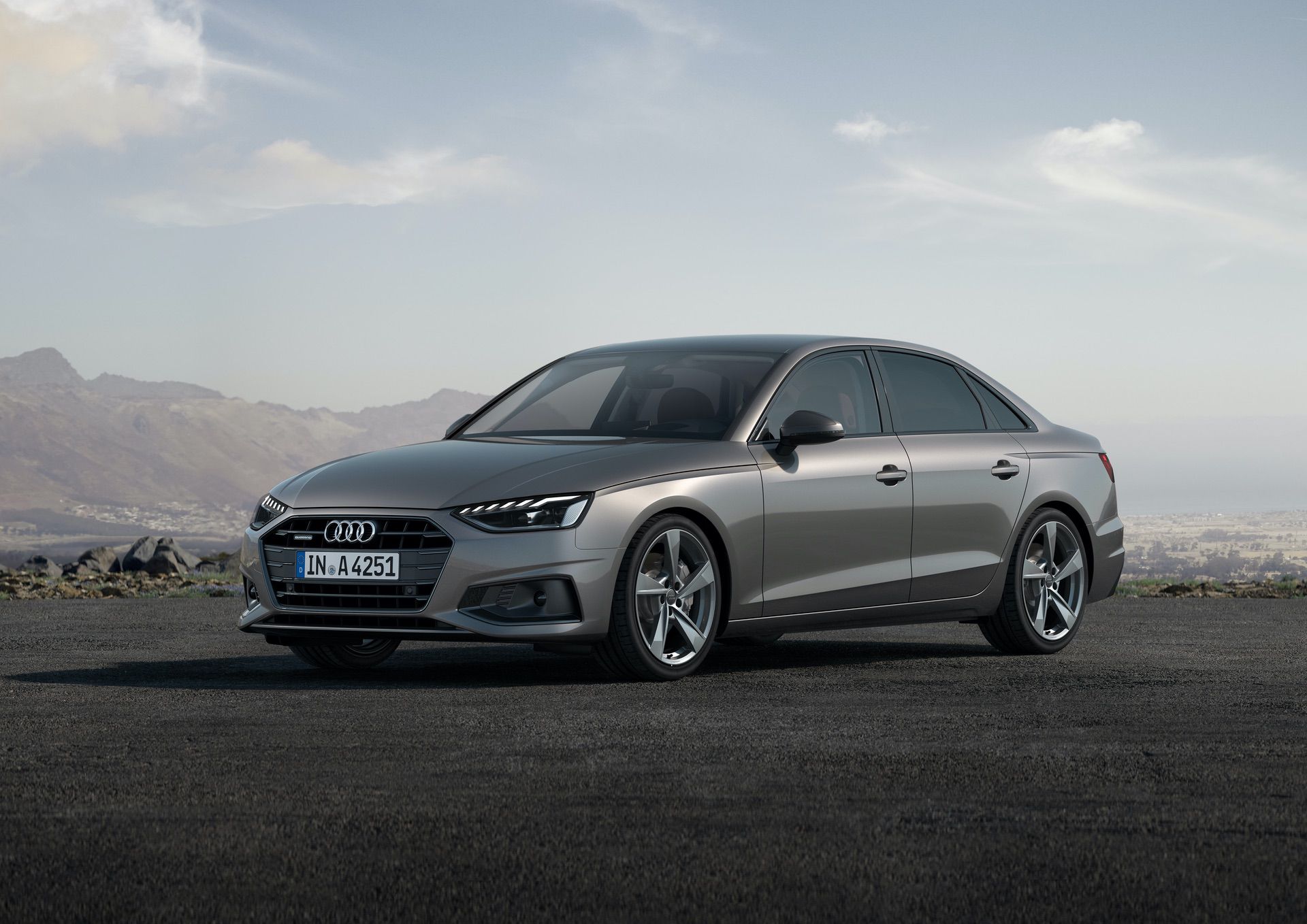 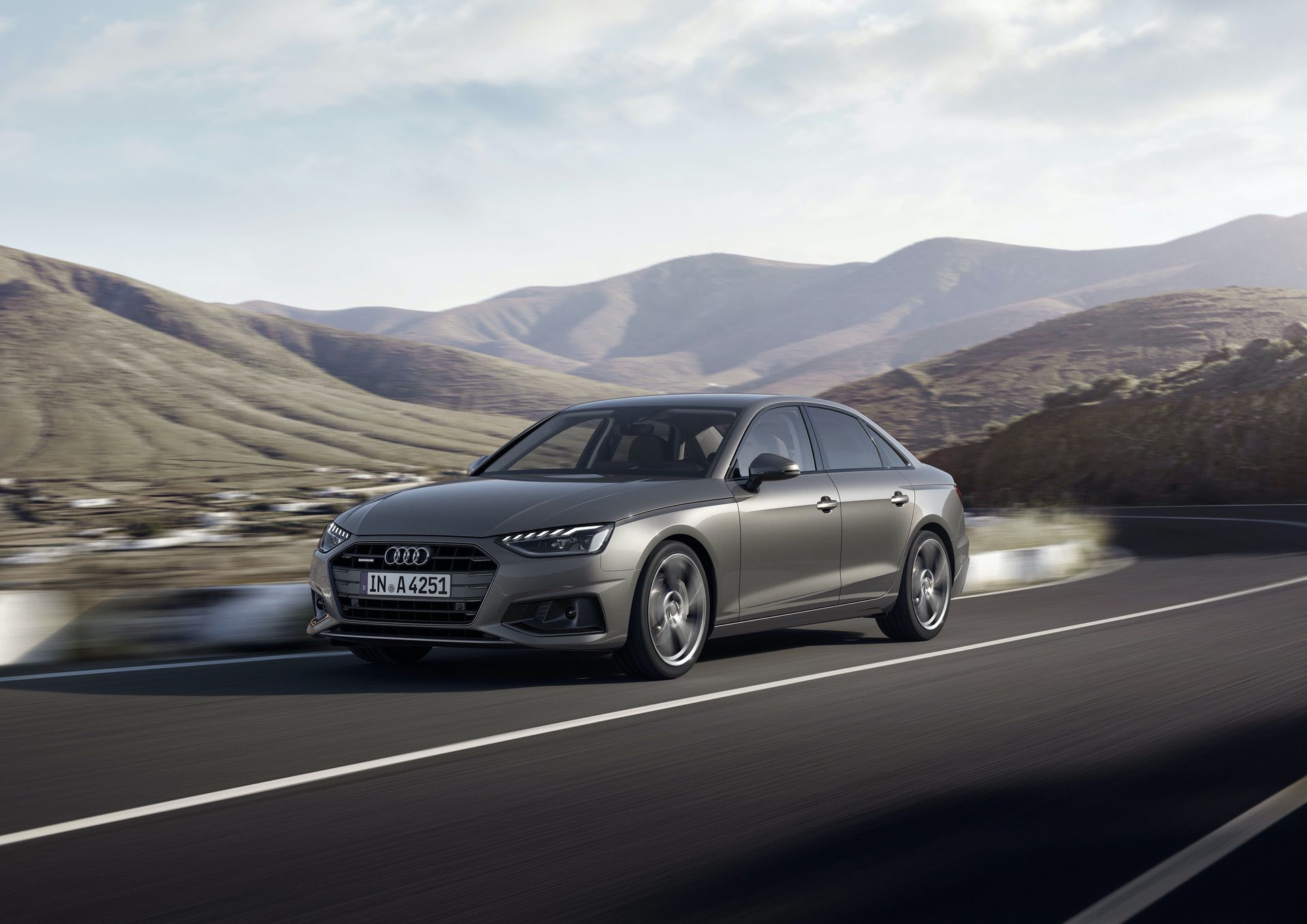 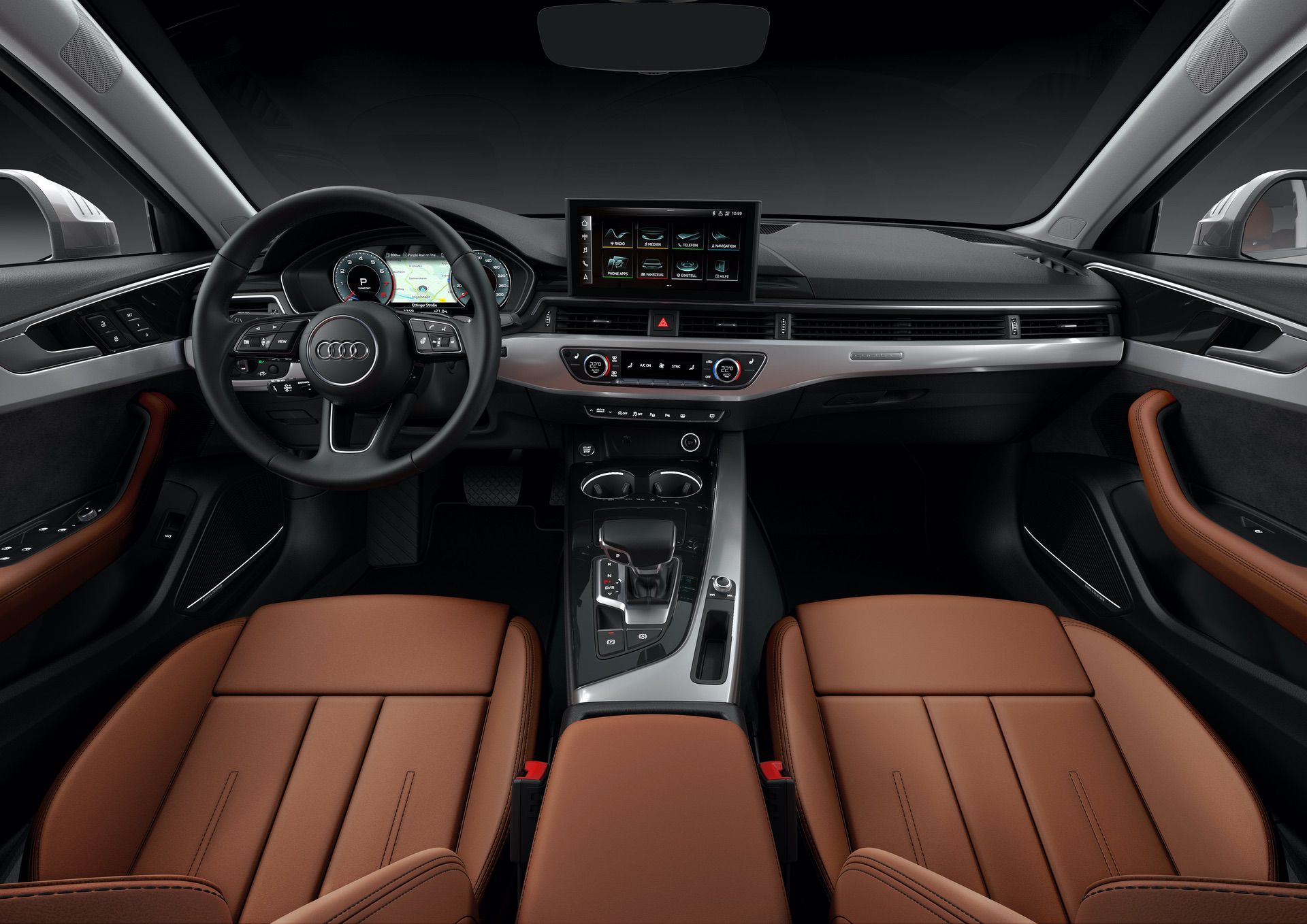 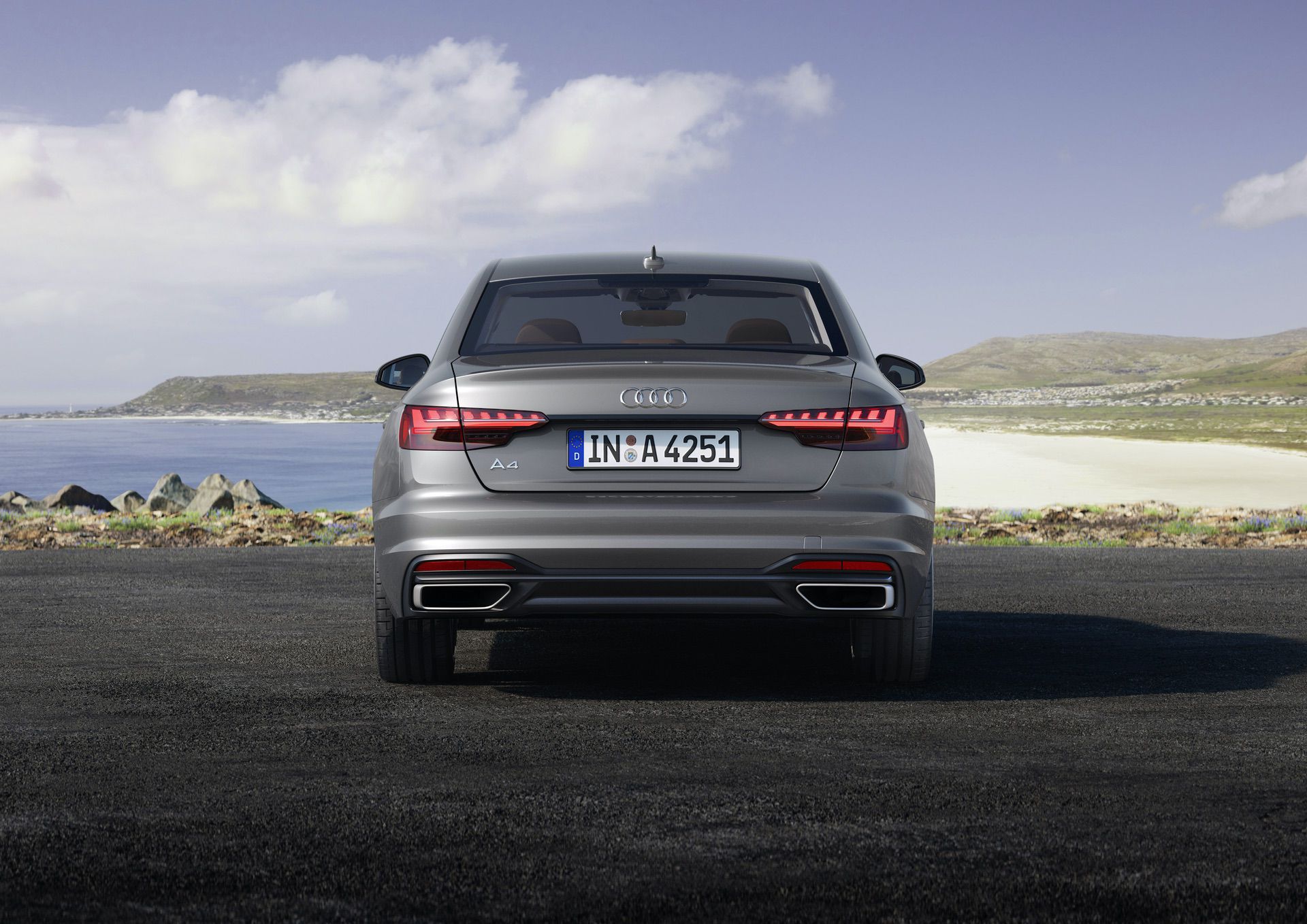