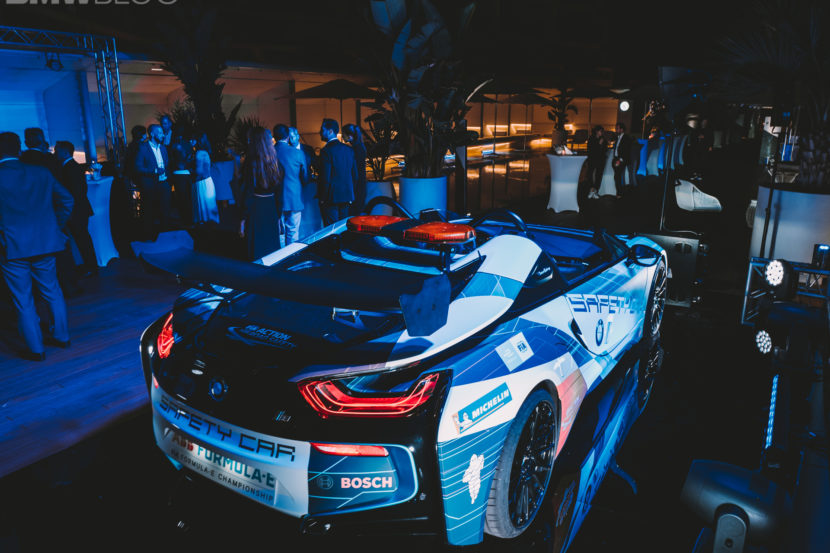 Official Vehicle Partner BMW i unveiled the new BMW i8 Roadster Safety Car at the Yacht Club de Monaco on the eve of the Monaco E-Prix. The i8 Coupe was the previous Formula E Safety Car, so seems like a natural progression to have the newer version of the car replace it. However, this is the first time in history that a safety car lacks a roof. 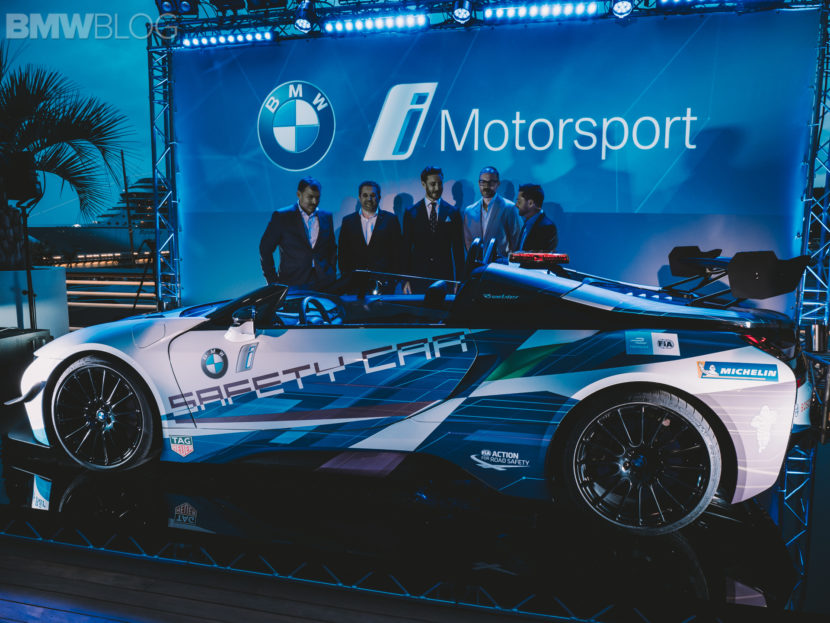 This new BMW i8 Roadster Safety Car has been modified a bit from the production car but, interestingly, it didn’t really need any structural bracing, even without a roof. That’s because of the car’s carbon fiber passenger cell. Though, there are some modifications made to the i8 Roadster for Safety Car duty. It’s been lowered, given a shorter windshield and a new FIA-approved roll bar. Along with that, it received new M Carbon Ceramic Brakes, a new front splitter and a rear wing.

BMW says the i8’s center of gravity is 15 millimeters lower, and that no major structural modifications were needed in the customization. 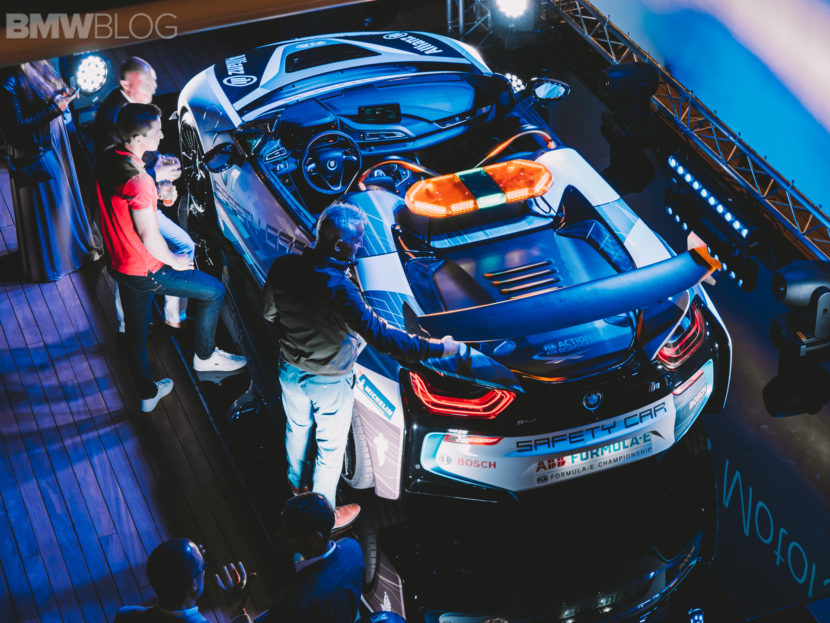 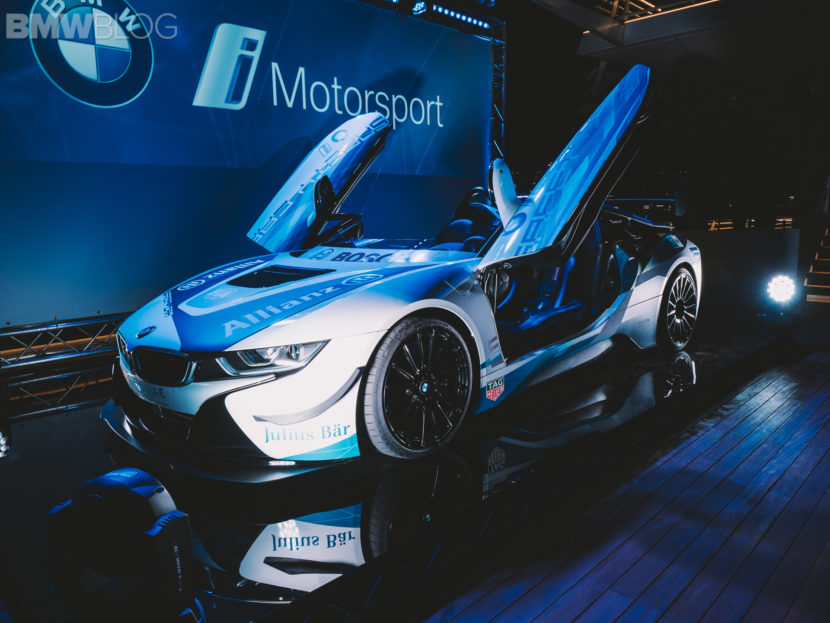 The car was also presented toady during the Monaco e-Prix, so we will follow up with another article on that. Click below for more photos: