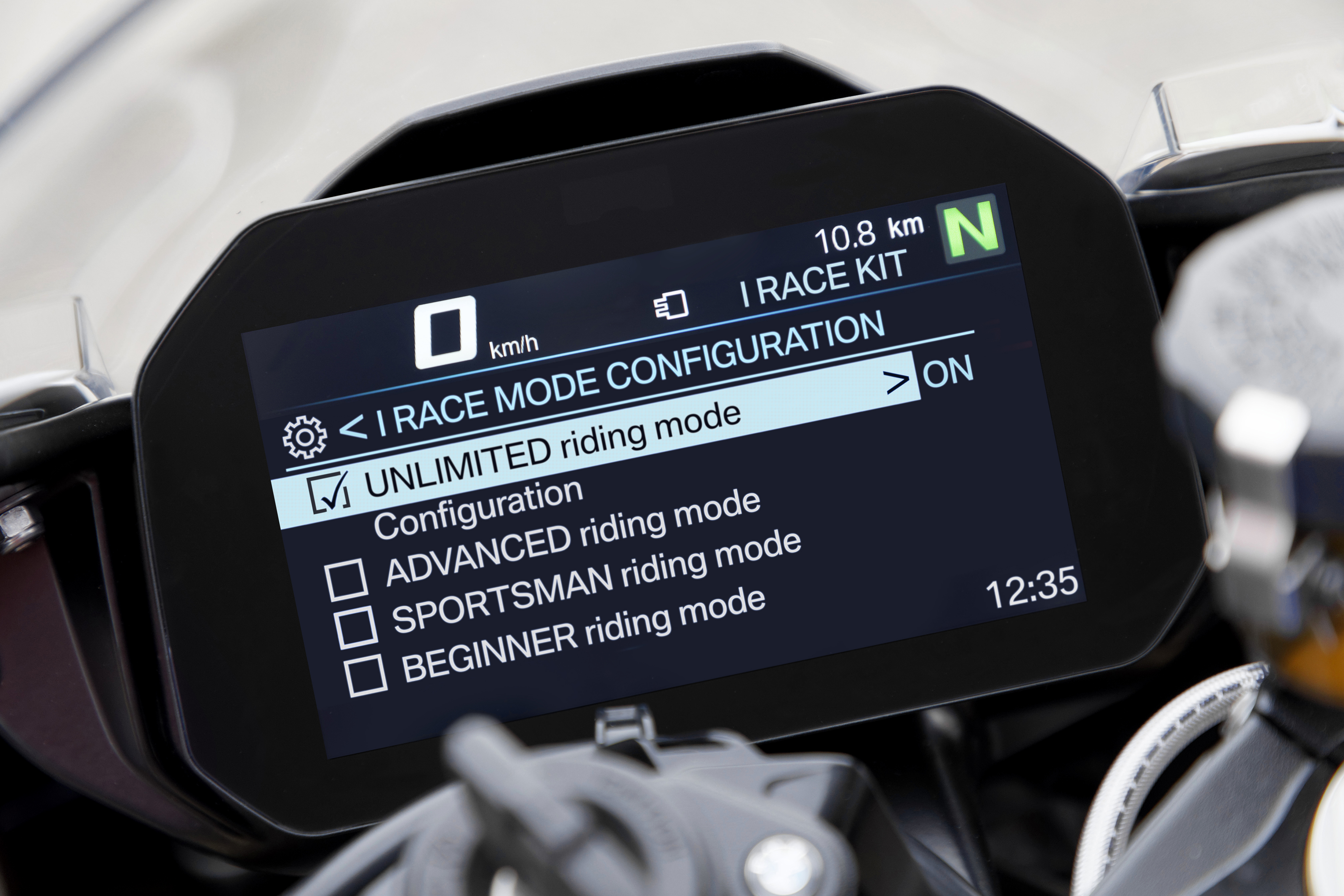 The BMW S 1000 RR is a monster of a bike. Its 207 hp and unladen weight of just 193.5 kilograms make it very, very fast. Yet its sophisticated suspension and sublime balance make it incredibly capable as well. Even still, it can be hard to novice riders and even customers who’ve only just gotten their license to turn in good lap times. But what if the bike could do it for you?

Welcome BMW Motorrad’s iRace Kit for the BMW S 1000 RR. The iRace Kit essentially makes the entire bike completely autonomous, if the driver so chooses to use it, and can be used to lap race tracks far faster than the driver can. According to BMW, “Whether accelerating, braking, gear shifting or steering, with the BMW Motorrad iRace Kit, the RR is able to perform every maneuver fully automatically if the rider so desires, enabling him to enter completely new dimensions of motor transport physics.” 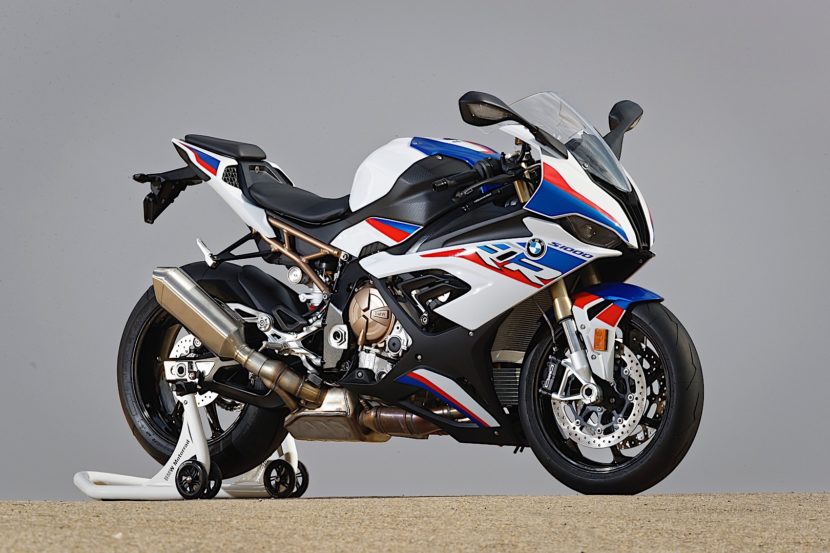 The driver is able to select a specific driving mode for the autonomous iRace Kit through the TFT screen and can even select his or her own lap time. Even the lap record, if one so chooses. The bike will have all major tracks around the world pre-programmed into it. So, as a rider, all you need to do is show up, get up, press a button and break the lap record.

There will be Beginner, Sportsman and Advanced riding modes, which become more and more aggressive with the bike’s braking zones, acceleration and driving lines. Then there’s the Unlimited riding mode, which is for breaking lap records but the rider better be in great physical shape to hang on. 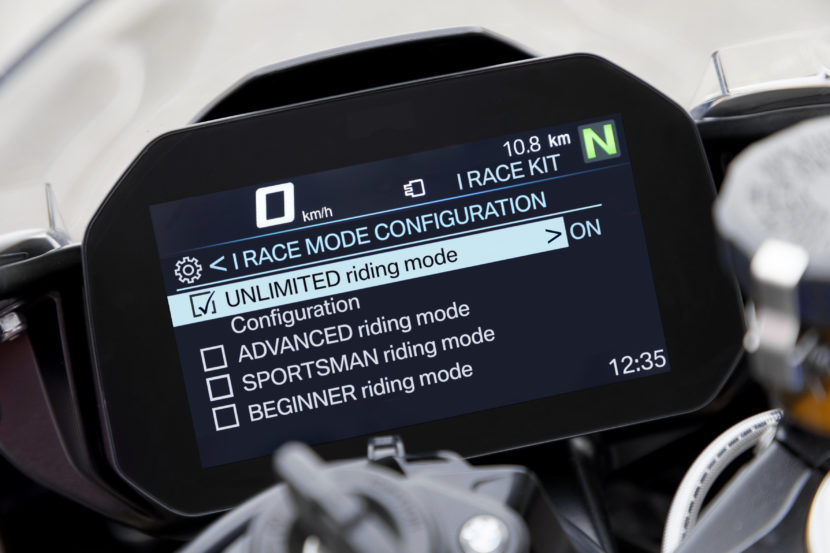 “The development of the BMW Motorrad iRace Kits was based on the experience made by our Superbike world champion riders. They provided us with valuable programming data, particularly as far as the braking points were concerned. We believe that this patented BMW Motorrad system will enable the majority of S 1000 RR riders to enter a whole new world of motorcycling. It is conceivable that we might even integrate the system in other models at some point in the future.” said Dr. Phillip-Magnus Schalk, head of autonomous racing simulation at BMW Motorrad.

Rider Rosario Fröschle was able to experience the BMW S 1000 RR iRace Kit on the Isle of Man circuit.“I had never been on this track before and I have to admit that over the first lap in Beginner mode, what I experienced was sheer fear. But I soon began to realise that the iRace could do everything better than me, and I started to gain trust. By the fourth lap in Unlimited model, the RR was literally flying me round the track. As the data logs subsequently confirmed, I managed it in a time that was only just less than eight seconds above the lap record of 16:50.202 minutes, set one week later by Peter Hickman. It was pure madness, but completely safe.”