BMW is getting more and more involved in developing new technologies for the future of the automotive industry, mainly in the field of autonomous driving. And while that idea might still be a bit far off from becoming reality, the Germans are also looking into autonomous riding, if you can fathom such a thing. The Bavarian company unveiled a self-riding R1200 GS a while back and it took the world by storm. Now, the futuristic bike was presented at the 2019 Consumer Electronics Show in Vegas this week.

A lot of people are, rightfully, thinking that a self-riding bike might just defeat the purpose. After all, people choose bikes for their analogue feel, for the fact that they make you feel one with the road and connected to the elements. Just sitting down and looking at the sights while a computer does everything for you might be too much for some. However, the idea behind this bike is to develop safety features which would, in turn, reduce bike-related casualties by 50% in the future. 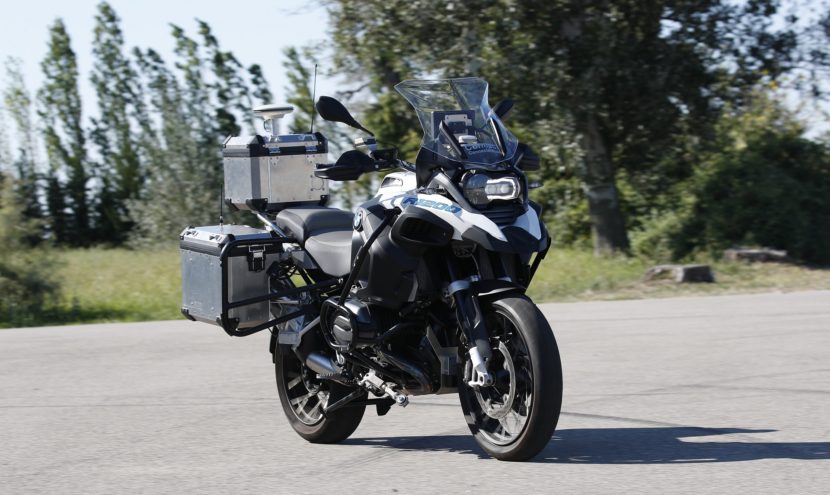 That’s what BMW’s long-term goal is the self-riding tech and, judging by what the bike can do, seen in the footage below, it looks like there will be plenty of applications for it. Developed by graduate engineer Stefan Hans and his team, the vehicle can independently drive off, accelerate, do circles around a winding test track and independently slow down to a stop. The aim of the prototype is to gather additional knowledge with regards driving dynamics in order to detect dangerous situations early on and thus support the driver with appropriate safety systems while turning at intersections or when braking suddenly, for example.

BMW also claims that a lot of the gyroscopes and other sensors used on this autonomous bike are already built into it and just adding proper software on it doesn’t require that many modifications and could be doable in the near future. As a matter of fact, features such as adaptive cruise control could be introduced on the GS models in as little as 2 years from now, according to Roadshow.