BMW fans have been waiting — scratch that —  begging for their favorite Bavarian brand to create a proper supercar. Ever since the departure of the beloved but doomed BMW M1, there’s been a void in the Bavarian brand’s lineup where a supercar should be. The M1 showed so much potential for a BMW supercar that fans have been begging and pleading for a successor, to no avail. However, their pleas might have finally been heard, as there’s a rumor that BMW is actually considering a hybrid supercar in the very near future.

According to this new report from Autocar, BMW is currently considering a proper supercar to take on the likes of the McLaren 570S. BMW’s Klaus Fröhlich, board member for product development, recently spoke with Autocar about this very subject. “If you are an engineer, once in your life, you want to make a super-sports car,” he said. “I think partial electrification will enable that.

He goes on to say that BMW has the sort of technology and engineering capabilities to make a hybrid supercar.

“If we have these very compact and very powerful electric driving units, if we have a carbon fiber chassis – for example, the i8’s – and if we still have high-performance engines, then, if you do it cleverly, you can combine them into a real performance package.” said Fröhlich.

Now, that doesn’t mean that BMW will be making some sort of higher-performance version of the current i8. It’s likely that BMW would just take lessons learned fro this current-gen i8; including its carbon fiber chassis and hybrid powertrain setup; and develop a supercar from them. It’s not out of the question that the next-generation of BMW i8 could be such a car, though.

He also says that almost all supercars will switch to hybrid setups in the near future, due to both emissions regulations and the added benefit of e-power. “If you look at the supercars – the McLarens, the Ferraris – beyond 2020, they will be all partially electric. And if you look at power plug-in hybrids we are planning for today, an electric motor in our PHEVs has a little bit more than 99 bhp and 184 lb-ft of torque.” he said.

According to Autocar, this new BMW supercar could come by 2023 and use both electric motors and a powerful internal combustion engine, the latter being much more powerful than the i8’s three-cylinder. That combination could make upwards of 700 hp. 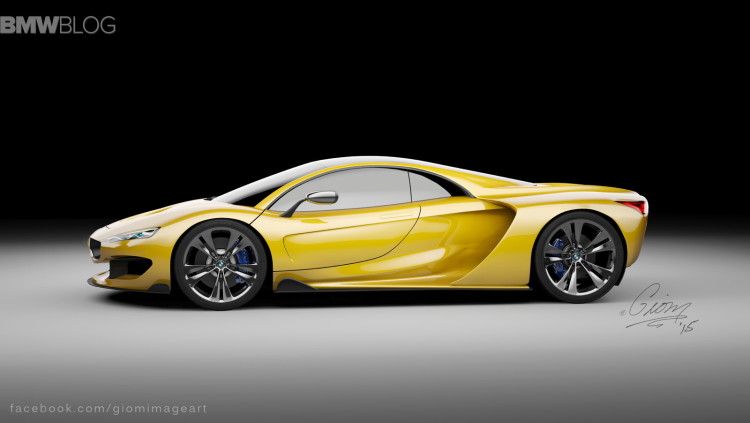 He also hinted that this BMW supercar could be branded an M car and not something from the i Division. “So if you see this e-motor in a car which can give you in milliseconds the push formerly found in a V8 engine, then you can have a very sporty feel from this power PHEV – and it fits perfectly to the M brand,”

This is very exciting news. BMW fans have been very impatiently waiting for a BMW M supercar to finally replace the M1. While this is still a bit of a pipe-dream, at least now there’s hope.