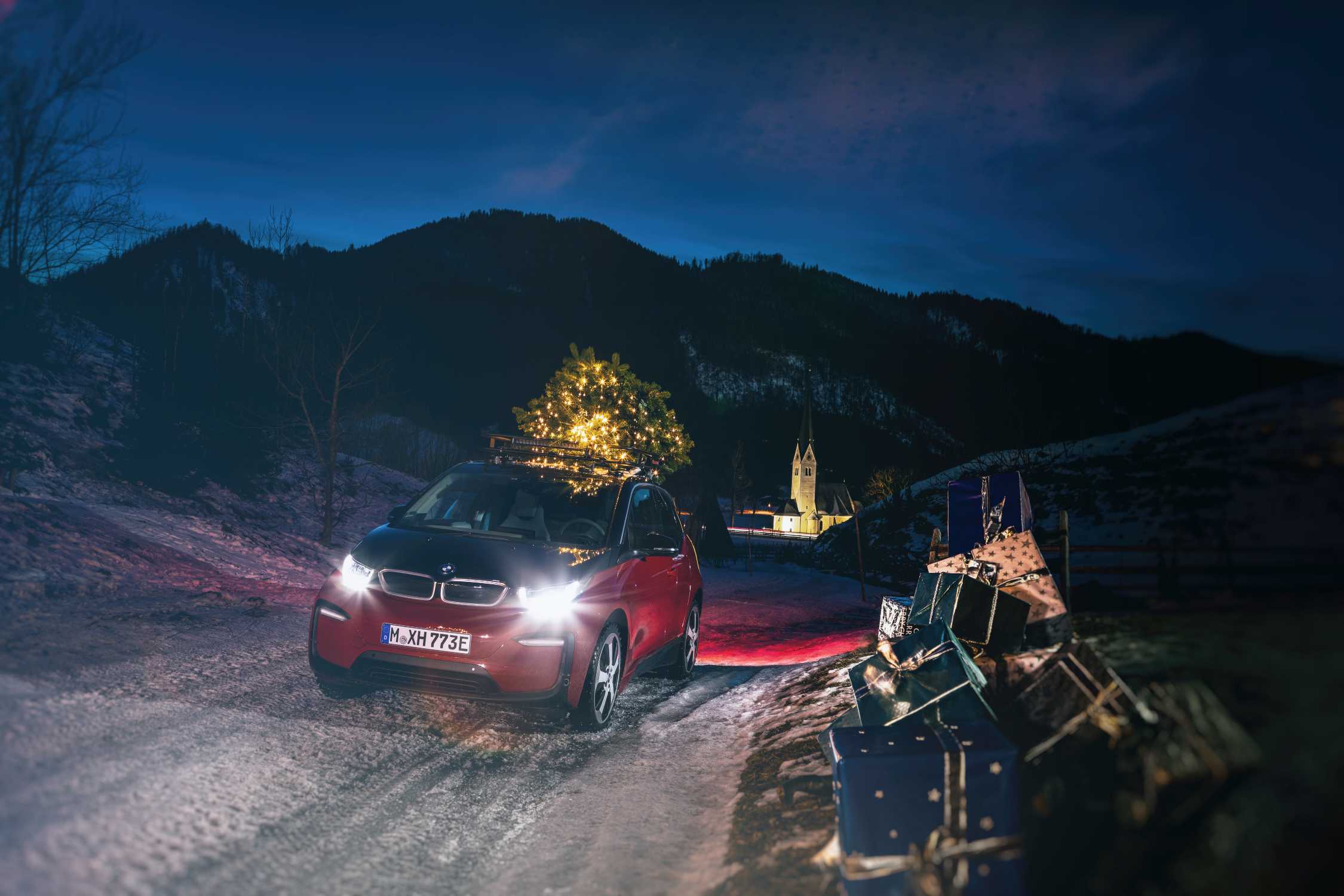 As we inch closer to Christmas, more and more holiday themed commercials and advertisements are popping up from automakers. Typically, these commercials are boring and just feature Santa Claus driving one of the brand’s most expensive cars. BMW seems to be doing thins a bit different this year, though. First, it showed off how technology can help people, by having factory robots decorating a Christmas tree and helping out a plant manager. Now, we’re seeing what the BMW i3 can do with its extra juice.

A while back, we learned that BMW was introducing a system that allowed owners to use their BMW i3 basically as a gigantic battery pack. Considering that most customers rarely ever use the entire battery charge, even in the relatively low-range i3, BMW thought it a good idea to be able to use the extra juice for charging/powering other things. The first thing BMW showed the i3 charging was an electric surfboard. Now, the i3 is powering a Christmas tree.

It starts out with a BMW i3 driver doing some nice snow driving with some sweet winter tires. This driver is going to cut down a tree, Clark Griswald-style, and he gets it up onto the roof of the i3. However, on the trip back, it starts to get dark. Now that’s not typically a problem for any automobile invented after 1895, as they usually have headlights. Still, it’s always nice to have some extra light.

So he strings the tree up with some lights and plugs them into the i3’s battery. Now, there’s a cool, fully-lit Christmas tree on the top of the BMW i3 driving through the snow.

Now, the ad itself isn’t that unusual, with a lit tree on a car. But the fact that it’s focus is on how the BMW i3 can power and charge other things is pretty cool. BMW has decided to focus on technology for its new Christmas commercials, rather than just having an M3 drift in the snow. Although, we’re hoping for that, too.