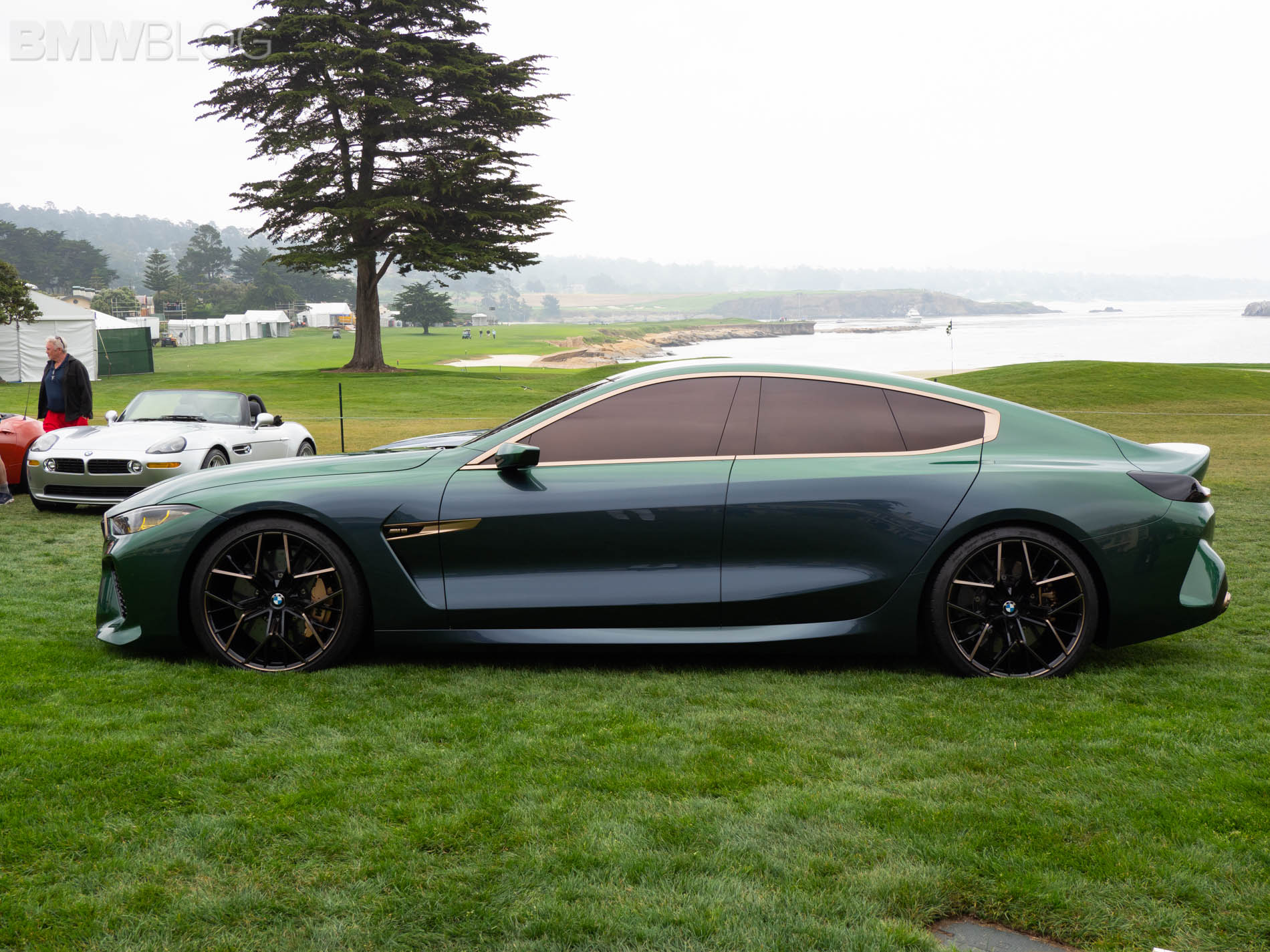 This new BMW 8 Series is actually the second-generation of 8 Series, with the first running basically the entire decade of the ’90s. However, there’s going to be a new model in the 8er lineup that will be the first of its kind — the BMW 8 Series Gran Coupe. And it looks damn good in these spy photos. (We don’t own the photos but see them here)

In these photos, we see the same familiar 8 Series face, just on a longer, four-door body. It looks really good; well proportioned and very sporty. The car in question seems to be the M850i variant, as evidenced by its sportier wheels and brushed aluminum-look mirror caps.

It also gets a traditional Hofmeister Kink, rather than the odd one on the new 3 Series, and it has a smoothly sweeping roofline, which not only looks good but seems like it will give rear occupants some nice headroom. Out back there’s a subtle decklid spoiler that gives it a sportier look and some rhomboid exhausts.

This new 8er GC could look better than the new 8er Coupe, which is really saying something as the latter is a very pretty car. More impressively, though, it seems to look better than the previous 6 Series Gran Coupe, which is even more impressive considering that car was such a beloved fan favorite. Hell, even non-BMW enthusiasts liked it. So this new 8er should be a real stunner.

We can’t wait for this car to finally be revealed so we can see its full design sans camo. It could be the best looking BMW since the 6 Series is sort of replaces.