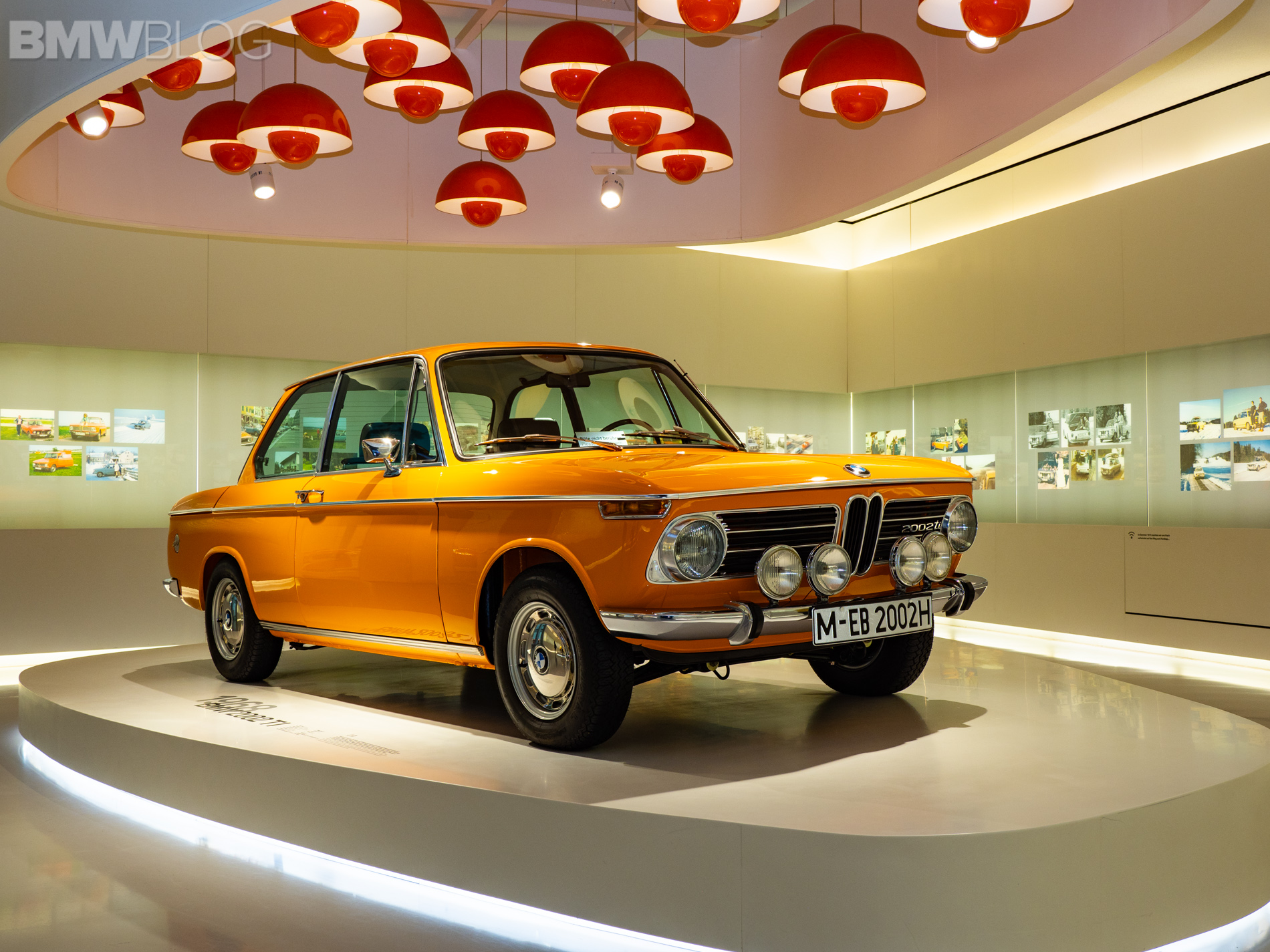 The BMW 2002 Turbo was frowned upon in this new era, ultimately this lead to its demise in 1975 after only producing 1672 models, all left hand drive.

The first BMW Turbo was the Paul Bracq concept design originally shown in 1972, this spectacular sleek concept car with gull-wing doors had a M10 turbo-charged engine at the heart of it. The scarlet show car never made it into production but did impress the motoring world of what BMW could do with a four-cylinder 2.0 litre engine.

Munich’s finest now turned their attention to developing a more powerful 02, engineers still felt that the 2002 chassis could still take more power. Designed around the already tried and tested Tii, they chose the KKK (Kuhnle, Kopp and Kausch) turbocharger with 0.55 overpressure that was sufficient to add another 40 Bhp to the already powerful 130 bhp Tii. The compression ratio was modified from 6.9:1 to 9.5:1 and an oil cooler added. Bigger brakes were fitted to cope with the extra power, a limited slip differential for better high-speed cornering, and high-speed tyres fitted to wider wheels under the “screwed” on wide arches.

The interior had a much more sportiness about it, the standard seats were replaced with comfortable sports seats, a leather three spoked steering wheel faced the driver, a turbo pressure gauge was added to the right of the dashboard cluster with the clock used in the Tii’s, all topped off with a red-facia dashboard to emphasis the sporting agility of the car.

BMW engineers claimed it could cover a dash of 0-60 mph (0-100 km/h) in a mere 7.0 seconds and keep going right up to 130 mph (211 km/h). It caused quiet a storm in the mid-70s. BMW had successfully produced Europe’s first turbo-charged production road car that could only be beaten by a Porsche Carrera with 210 bhp, in its day.

External styling was very “boy-racer” Motorsport stripes were added down each flank, with a boot spoiler to aid high-speed stability, wide arches to house 185 x13 wheels, and aggressive front spoiler and no front bumper. Press models had “2002” and “turbo” added to the front spoiler in reverse script, so any car in front of the Turbo would know exactly what had just suddenly appeared behind him. The Press had a field day with BMW’s irresponsibleness, so it was decided to drop the reverse lettering on all production models.

Many lucky owners today have added after-market reverse scripting, to ensure that many other modern cars on today’s roads know exactly what they are dealing with. In the 1970s increasing road traffic accidents and reforms of road traffic laws, saw speed limits introduced on most major roads in Germany and just as the production started the OPEC countries of the Middle East announced their oil embargo. Know to us as the “70s Oil Crisis”, this lead to a ban on Sunday driving and massive energy saving measures was suddenly introduced.

The BMW 2002 Turbo was frowned upon in this new era, ultimately this lead to its demise in 1975 after only producing 1672 models, all left hand drive, as the steering column for right-hand drive cars couldn’t be fitted as there wasn’t the clearance near the exhaust manifold. The car often described as ‘Jekyll and Hyde’, “a punch in the kidney’s” said some motoring journalists when the turbocharger suddenly cut-in at just above 4000 Rpm.

Famous for its turbo-lag, “floor the accelerator and nothing, then suddenly a whoosh of power and off you’d shoot, like a bullet from a gun”. Understandably many ended up embedded in trees, making numbers today even more scarce. One thing can be sure the BMW 2002 Turbo is the ultimate 2002 and the lucky few owners that own one today are exclusive members of a very unique club.