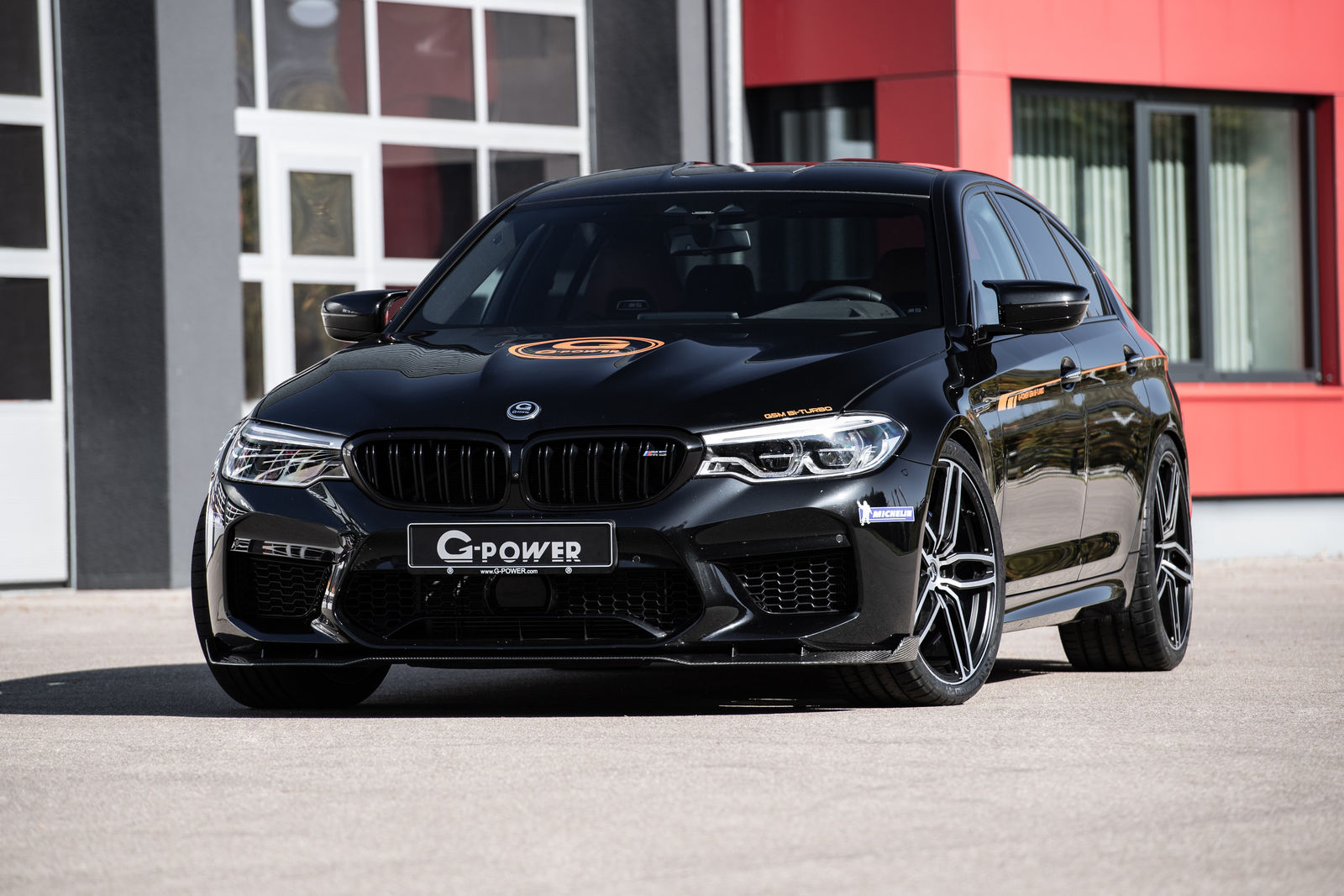 The guys from G-Power were among the first to launch an upgrade for the current F90 M5 and boy, did they do a good job! They claimed their take on the M5 has 800 HP going to the wheels, an astounding number for any car, let alone a four-door mid-size sedan. Since some people raised their eyebrows and said something’s fishy with those HP claims, the guys put together a short clip where they took the M5 to a dyno, to check out exactly what’s what.

The dyno used had to be a four-wheel drive one since the M5 now comes with all-wheel drive. Furthermore, the upgrades had to be installed prior to the testing and everything had to be checked before the runs could begin. The end result? The chart showed 828 HP and 1,017 Nm (750 lb-ft) of torque. How is all that possible? It’s quite obvious such an increase can’t be achieved without some hardware changes. 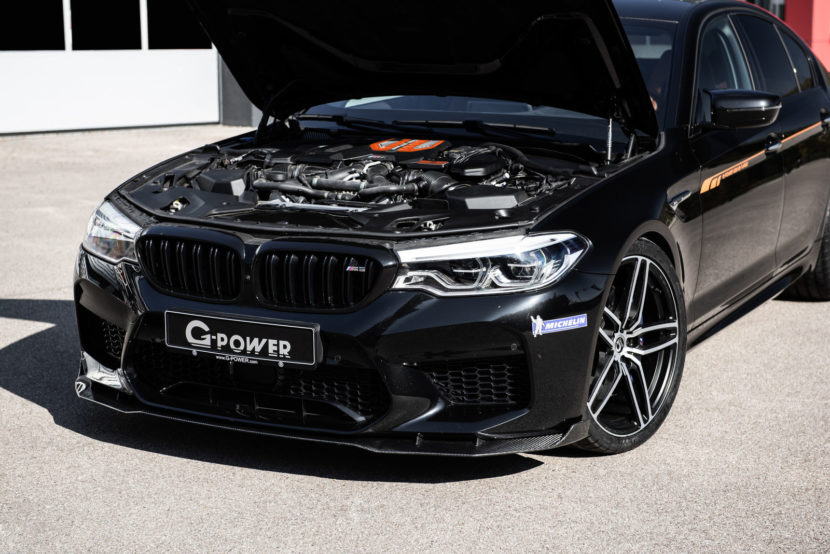 On the hardware side, the core component is in the modification of the turbochargers. They receive among other things, optimized housings, an enlarged intake and larger turbine and compressor wheels. These modifications reduce the exhaust back pressure and exhaust gas temperature at the same time while increasing the airflow. The turbochargers are connected to G-Power downpipes with catalytic converters which lead to a Titanium exhaust system with four 100-millimeter Carbon-Titanium tailpipes.

On the electronic side of things, the M5 F90 received the G-Power Performance Software V3 as well as the additional Vmax increase. Of course, G-Power always keeps an eye on the durability of the engine despite the increase in performance when programming the engine’s electronic control unit and makes the appropriate adjustments to make sure the customers don’t end up on the side of the road. With all these upgrades, the G-Power M5 is claimed to reach 100 km/h (62 mph) in 2.9 seconds, a true supercar-worthy time.