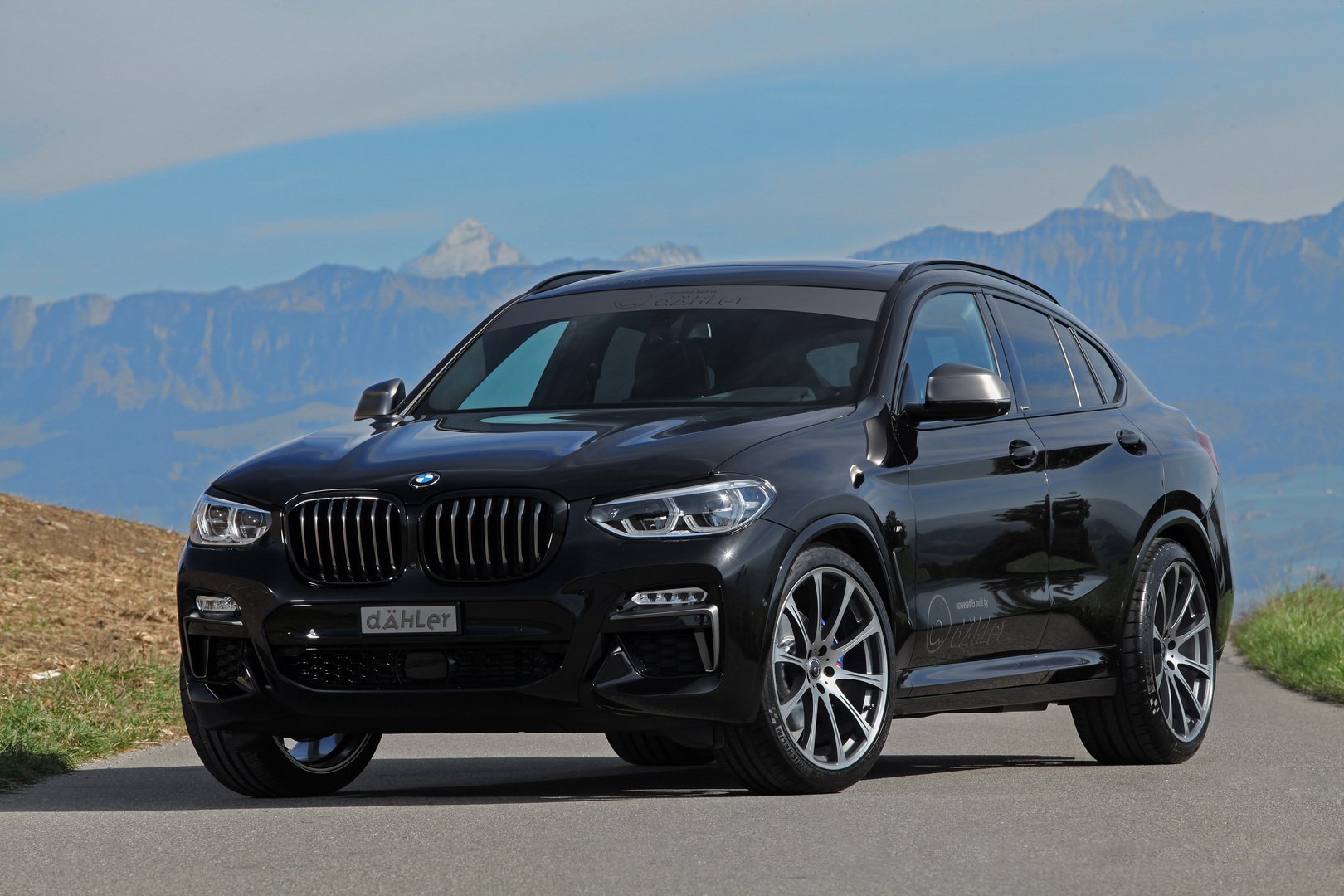 The guys from Dahler decided that the newly launched BMW X4 in its M40i guise could use a bit more power. Seeing just how powerful the B58Tu1 engine is these days, the guys wanted to one up the BMW engineers and take things up a notch. Their take on the BMW X4 M40i now comes with up to 420 HP and 630 Nm (465 lb-ft) of torque, numbers almost worthy of the M badge. As a matter of fact, they are probably close to what the upcoming full-on M model might bring to the table.

The Swiss tuner gave the M40i some 60 extra horses so a couple more alterations were needed to make sure the car can handle the newly found levels of power. That said, the X4 received a new suspension kit which not only lowers the ride height but also keeps the Sports Activity Coupe in check better at higher speeds. The  dampers have also been changed out to offer what Dahler describes as a “sporty but never hard” ride. 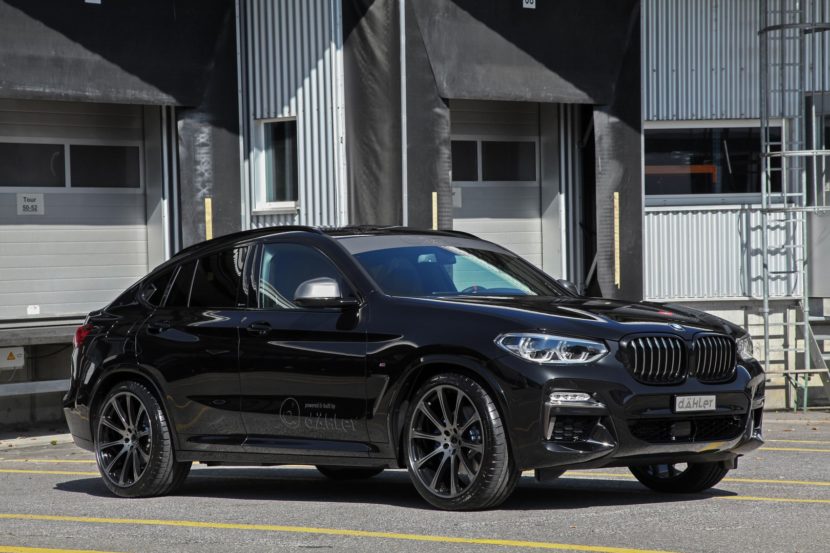 The same treatment can be applied to an oil burner if you want it to, the M40d also being put through the Dahler treatment. In standard guise, the BMW X4 M40d comes with a 3-liter straight six diesel engine under the hood, a twin-turbo setup capable of developing 326 HP and 680 Nm (501 lb-ft) of torque. After the Swiss tuner is done with it, it can develop a claimed 380 HP and 780 Nm (575 lb-ft) of torque, definitely a noticeable improvement.

On the looks front, as you can see from the photos below, the X4 was enhanced via a set of new wheels, measuring 9.5×22-inch front and 10.5×22-inch at the back. It also got a new exhaust system made of stainless steel, for more durability and a better sound. Unfortunately, we can’t hear it roar but we’re expecting a video from Dahler soon, to give a clue as to how their take on the B58 engine sounds like. 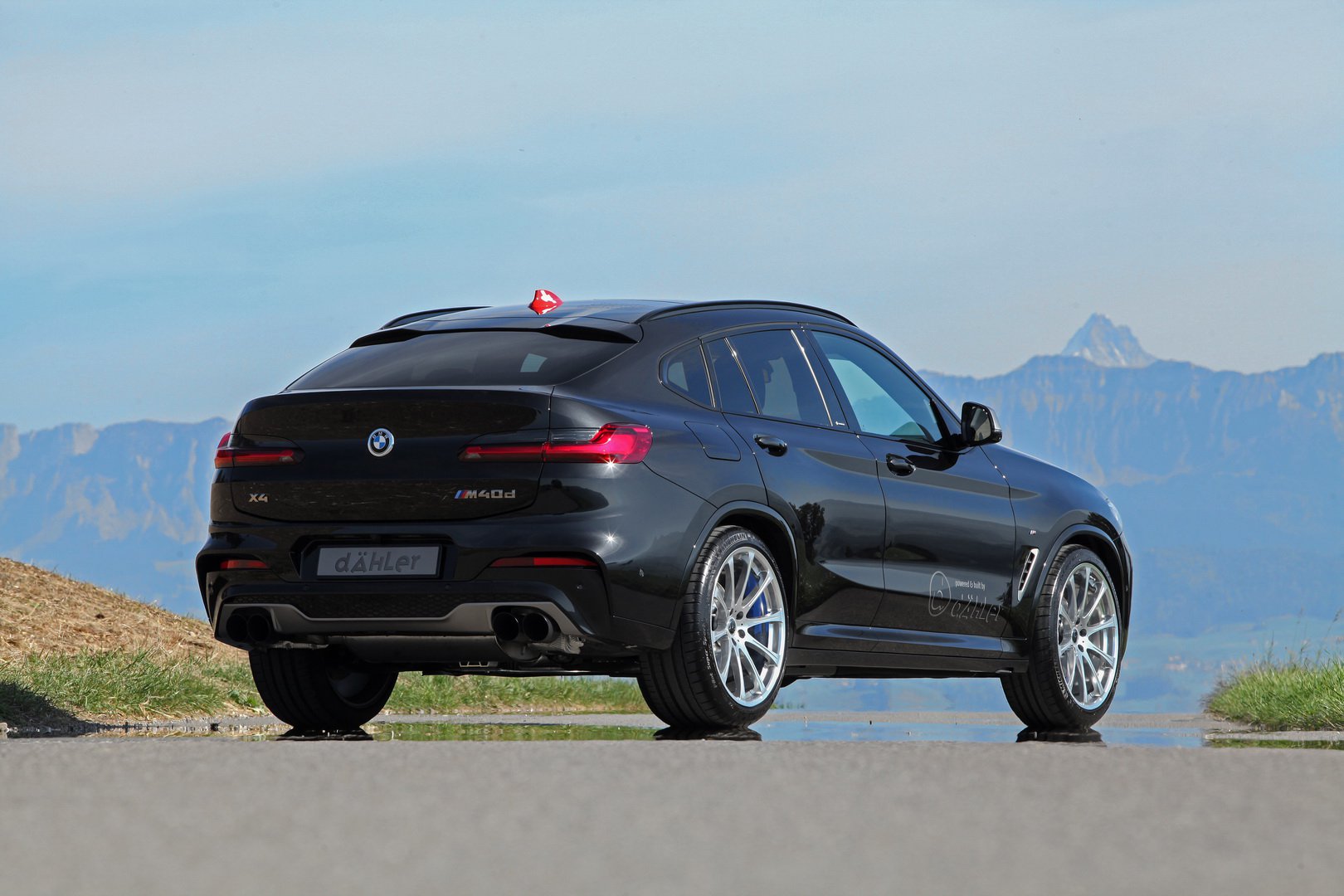 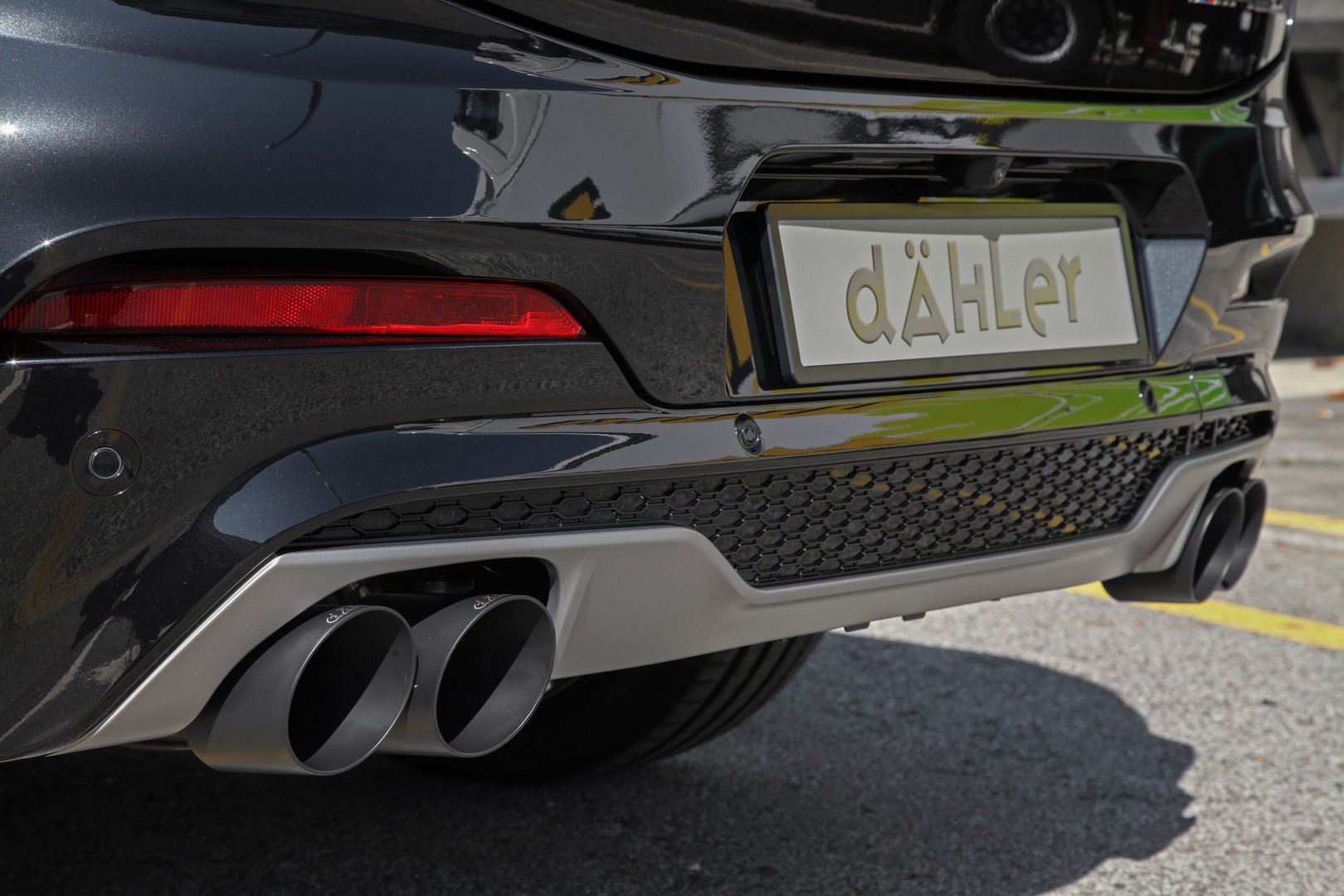 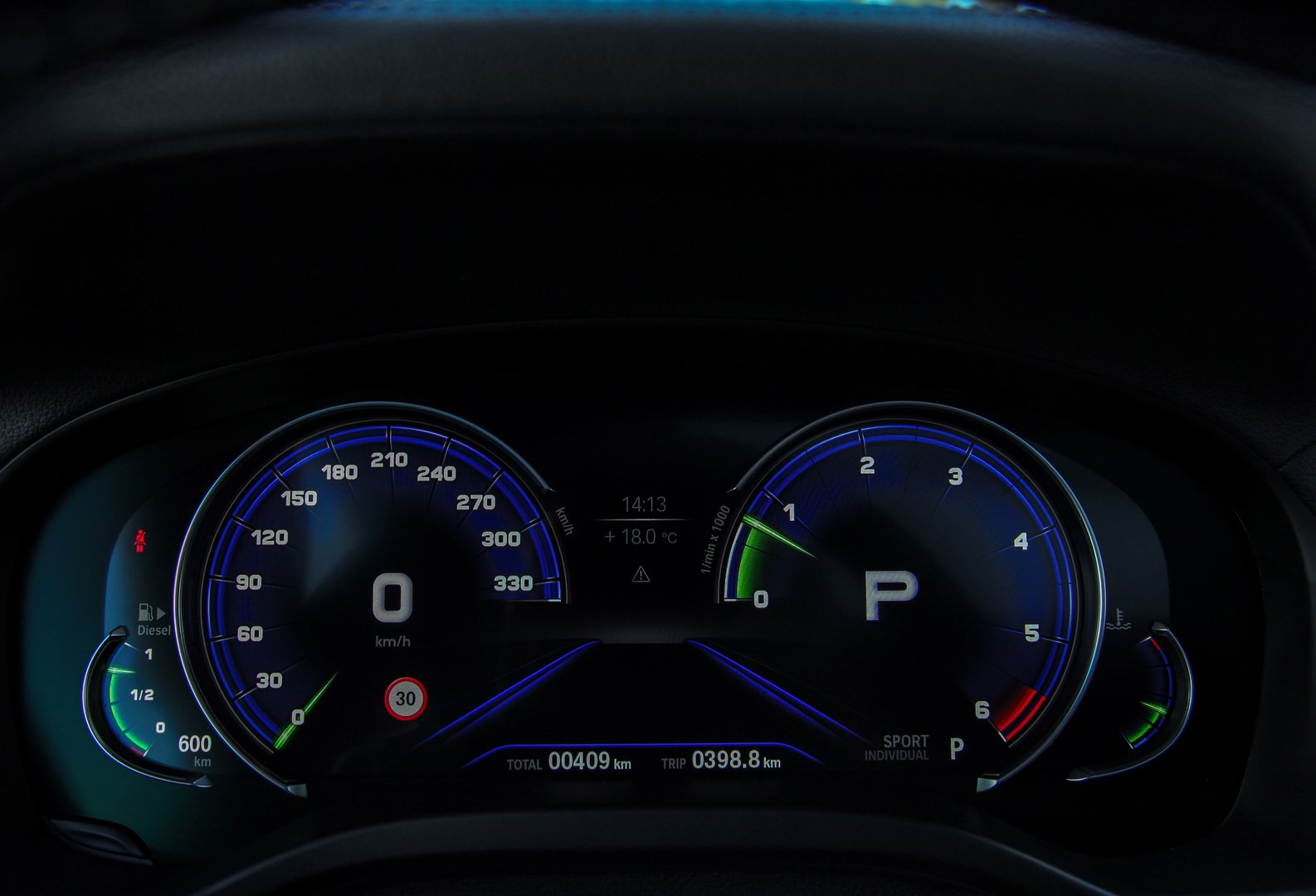 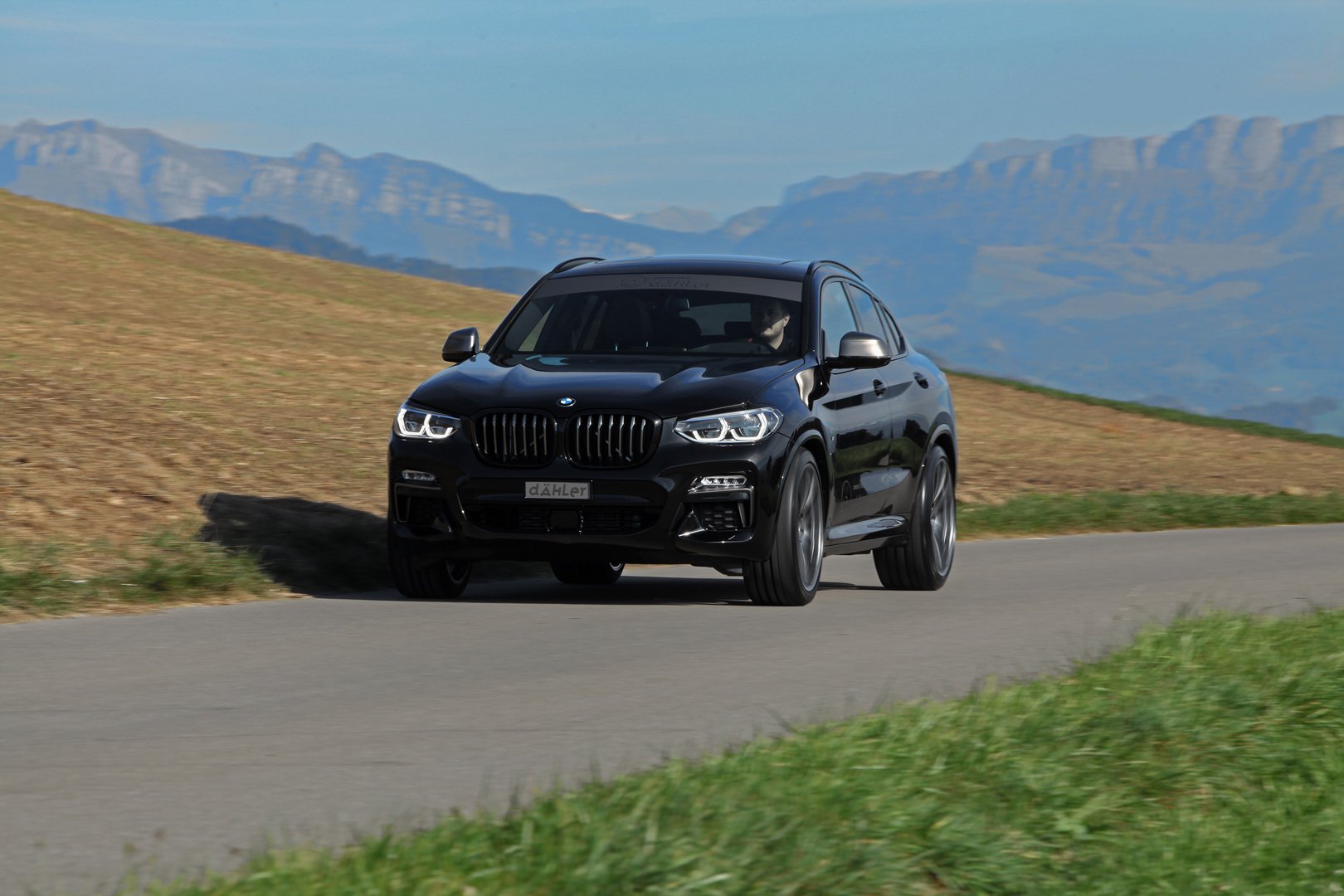 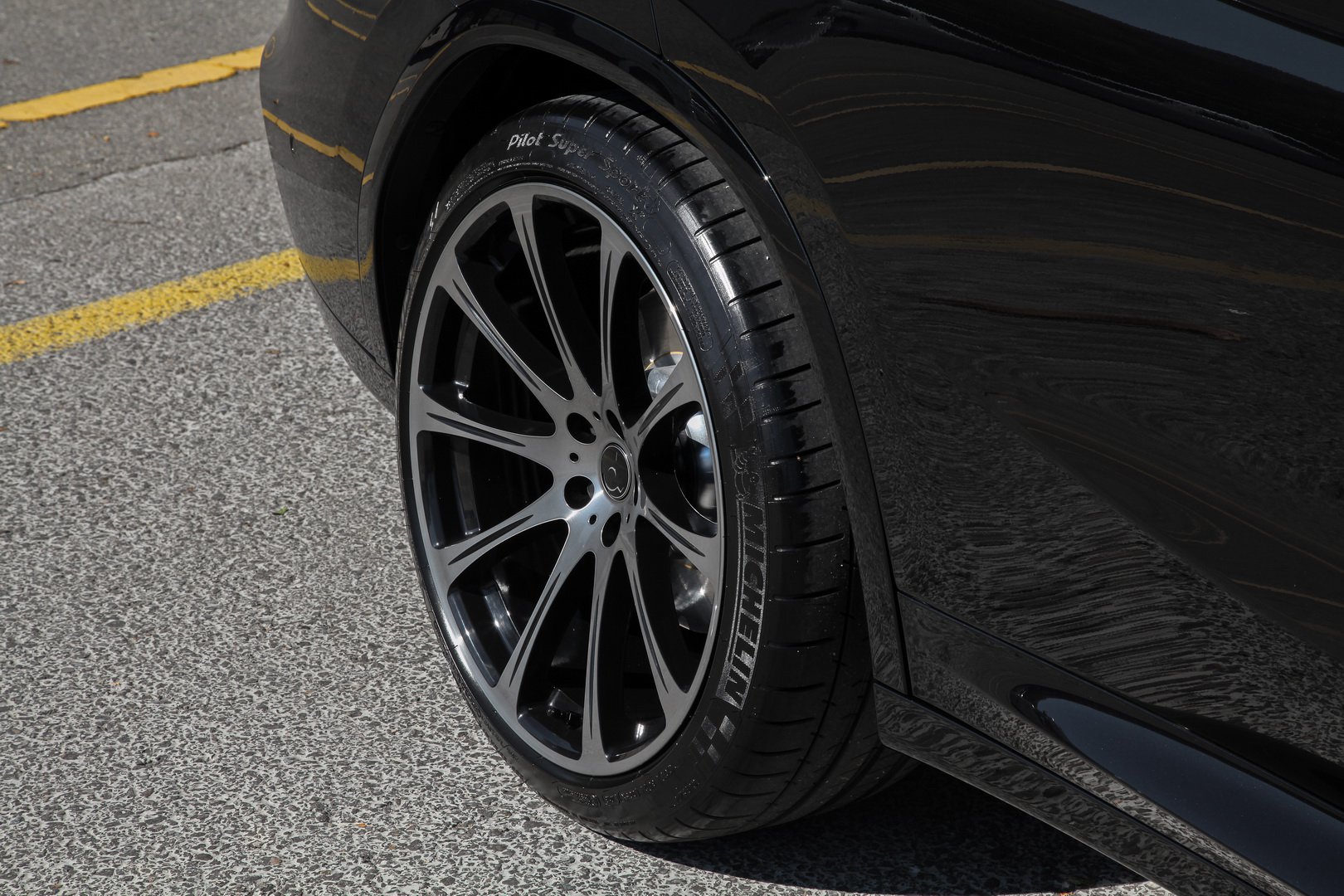 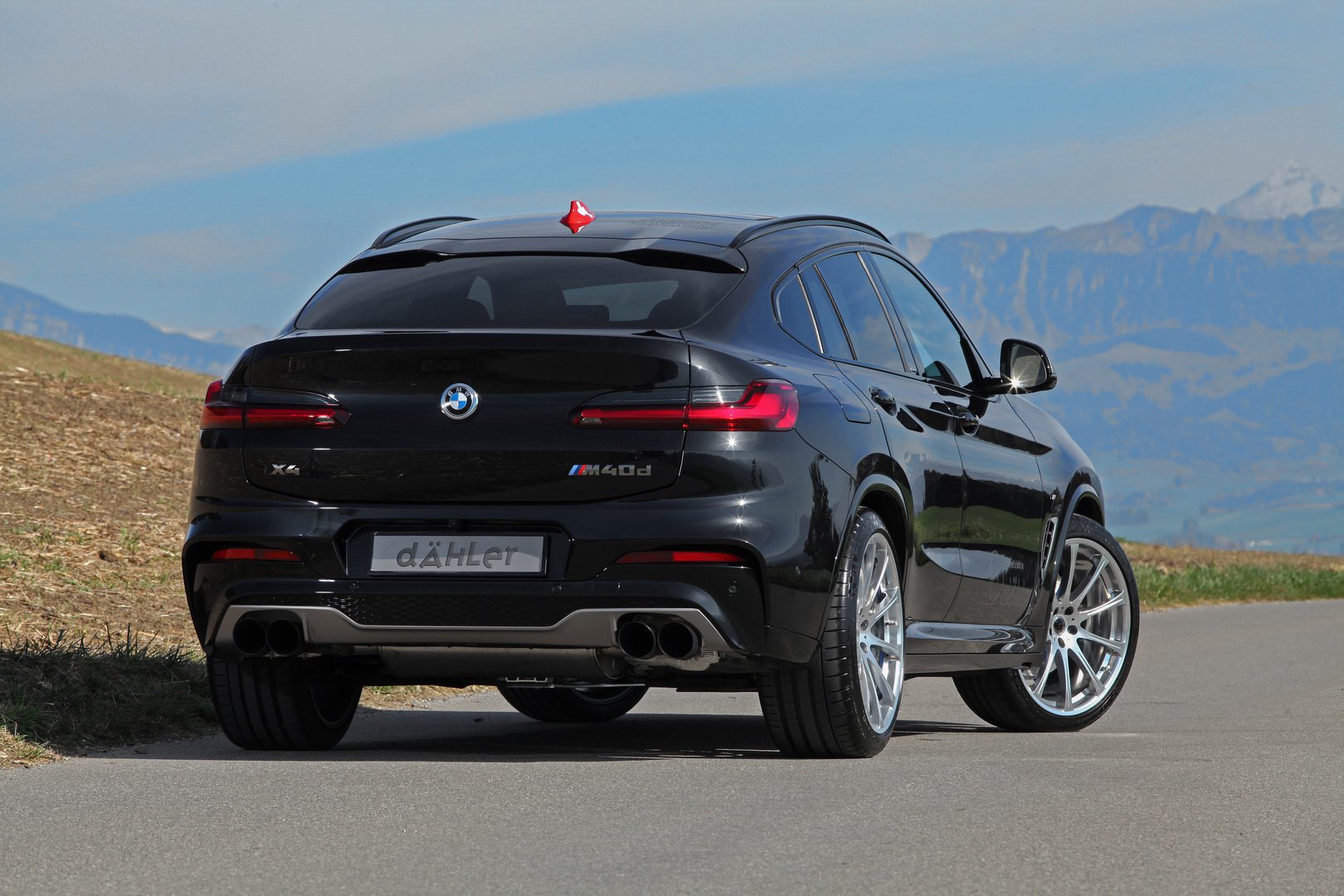 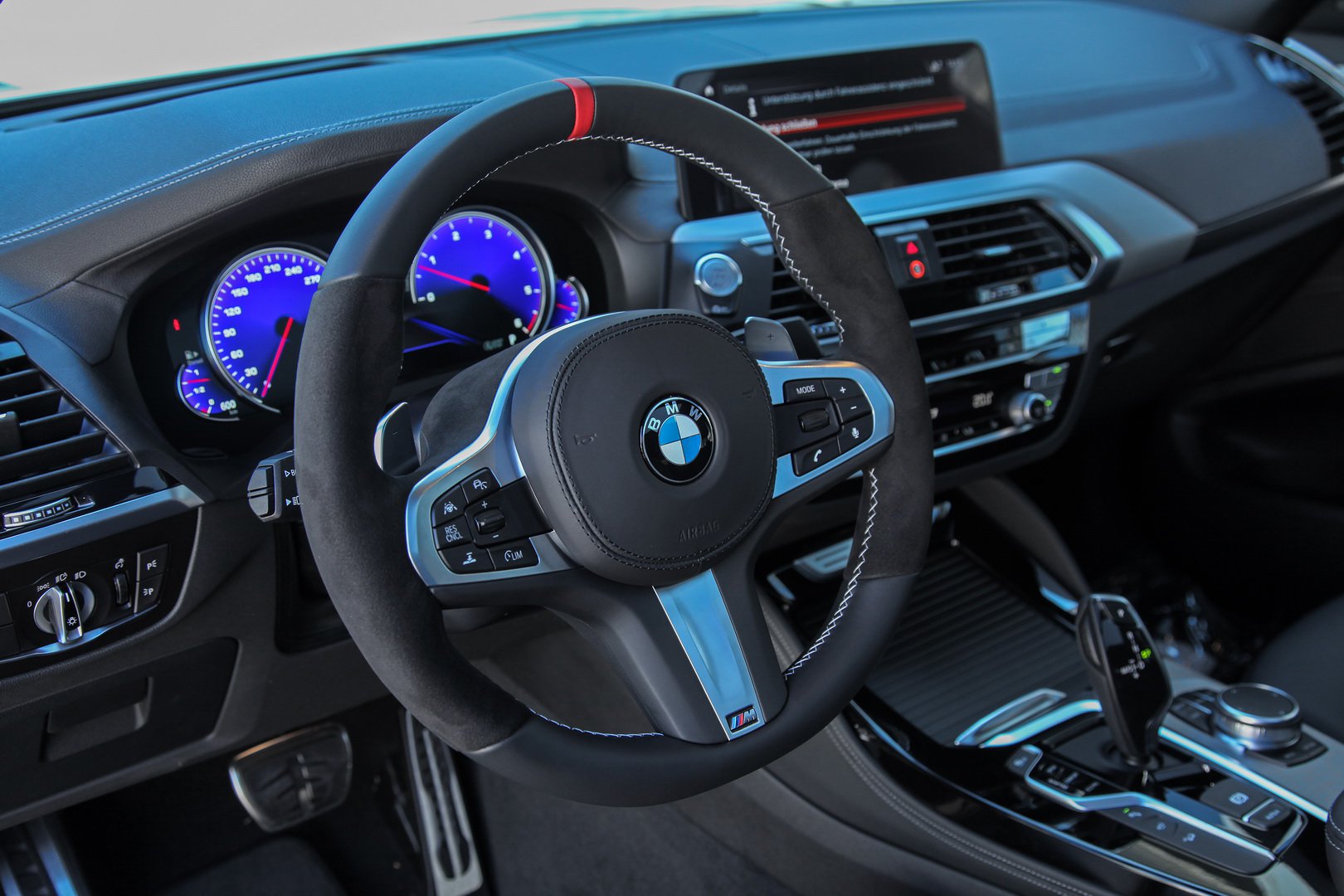 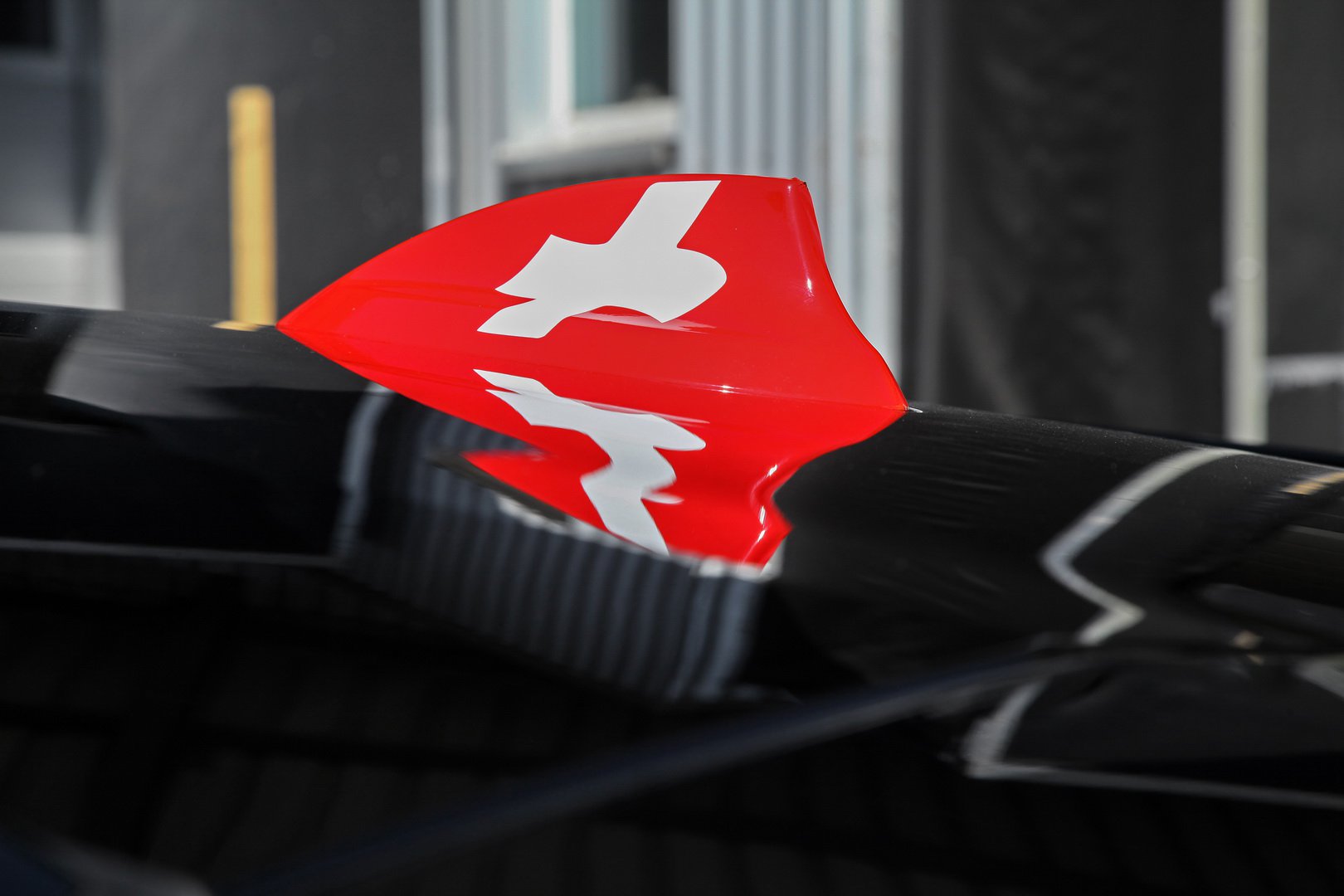 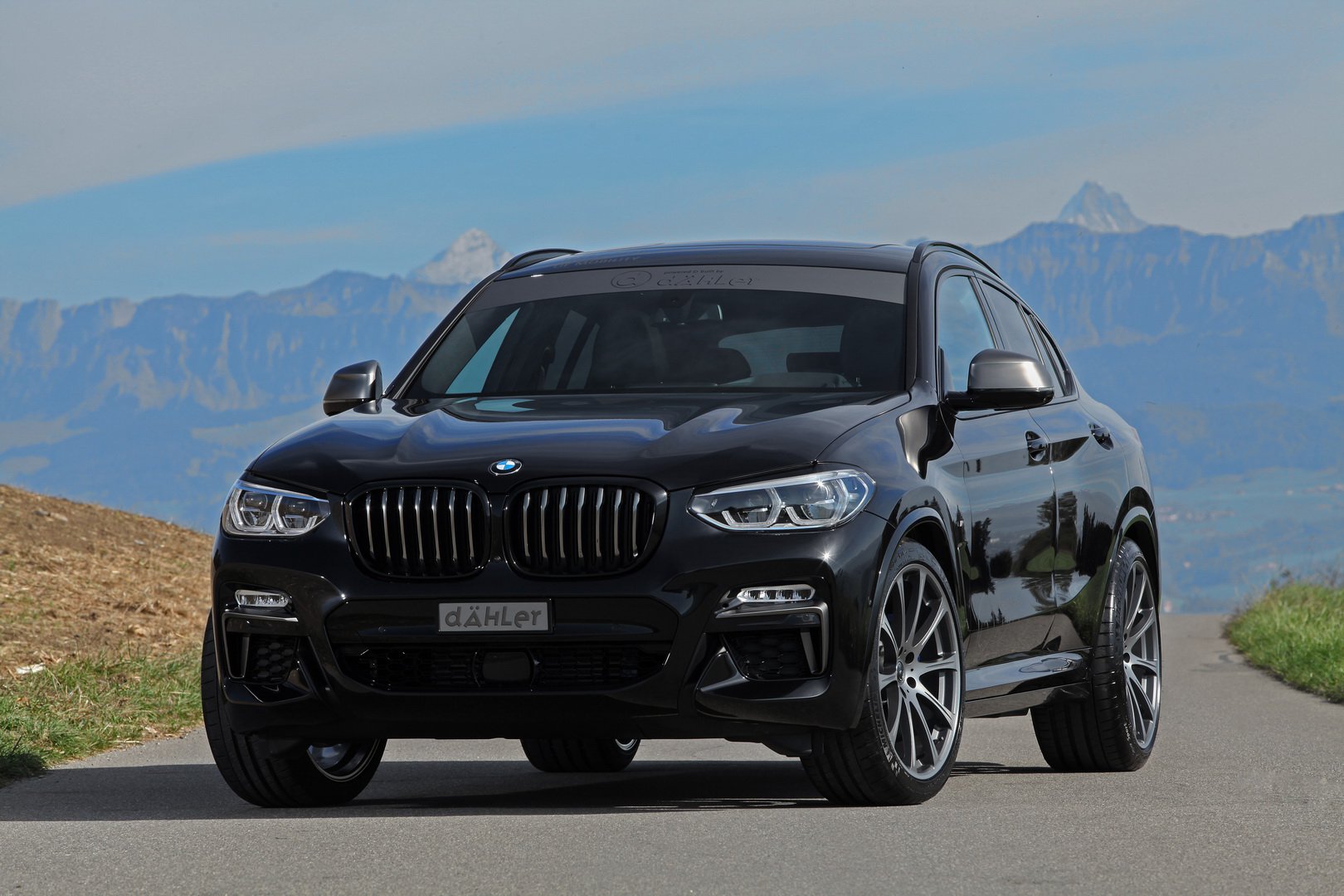 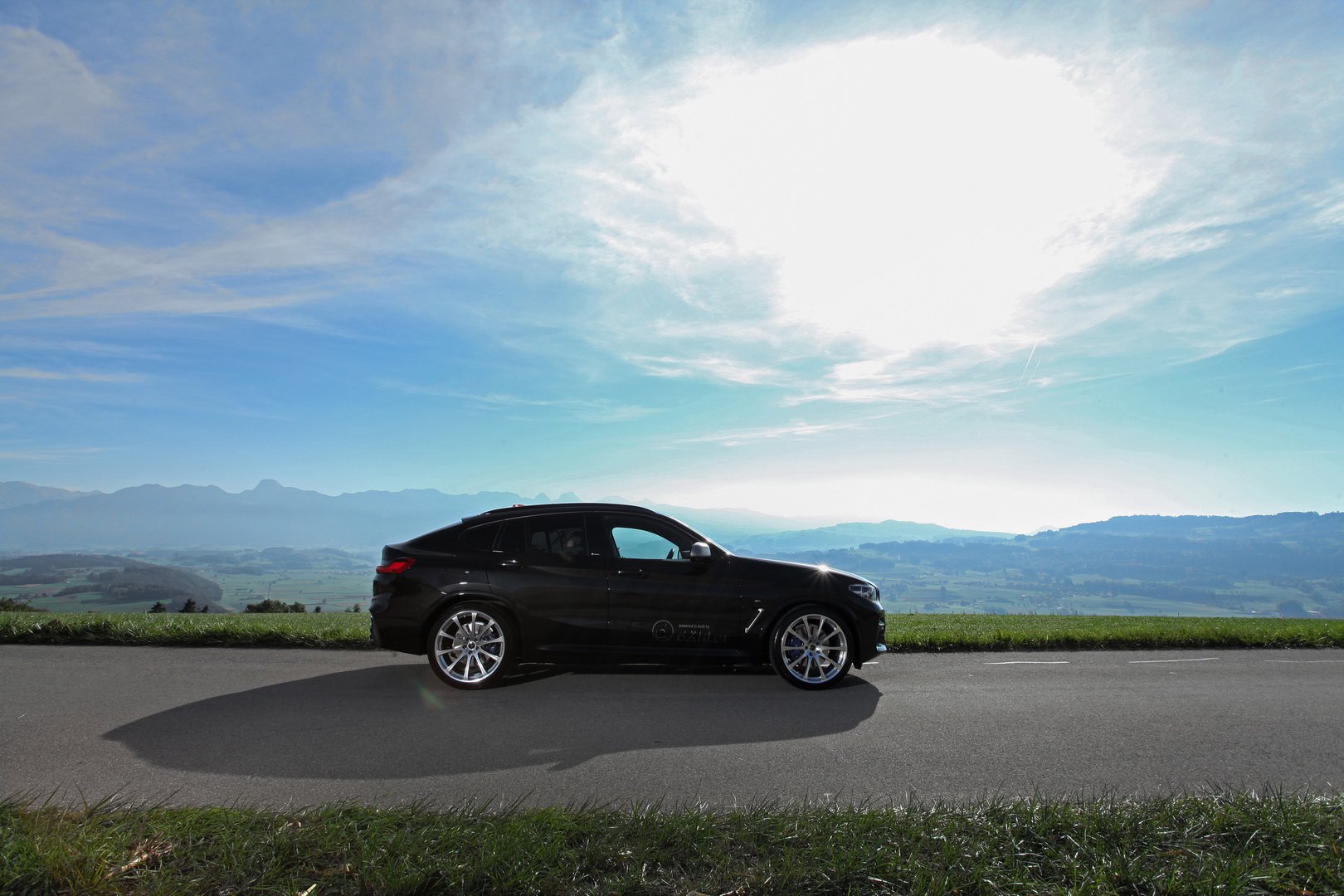 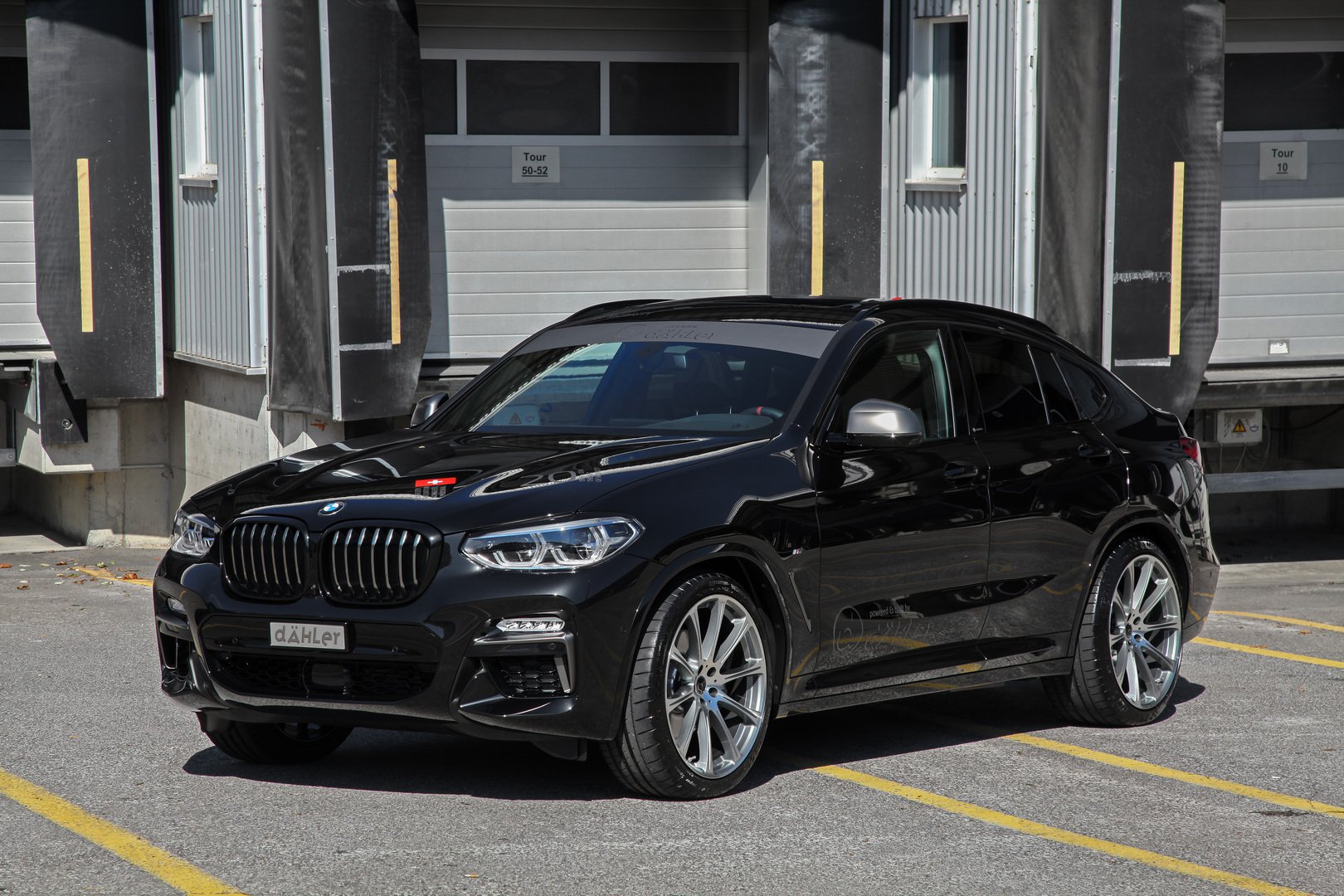 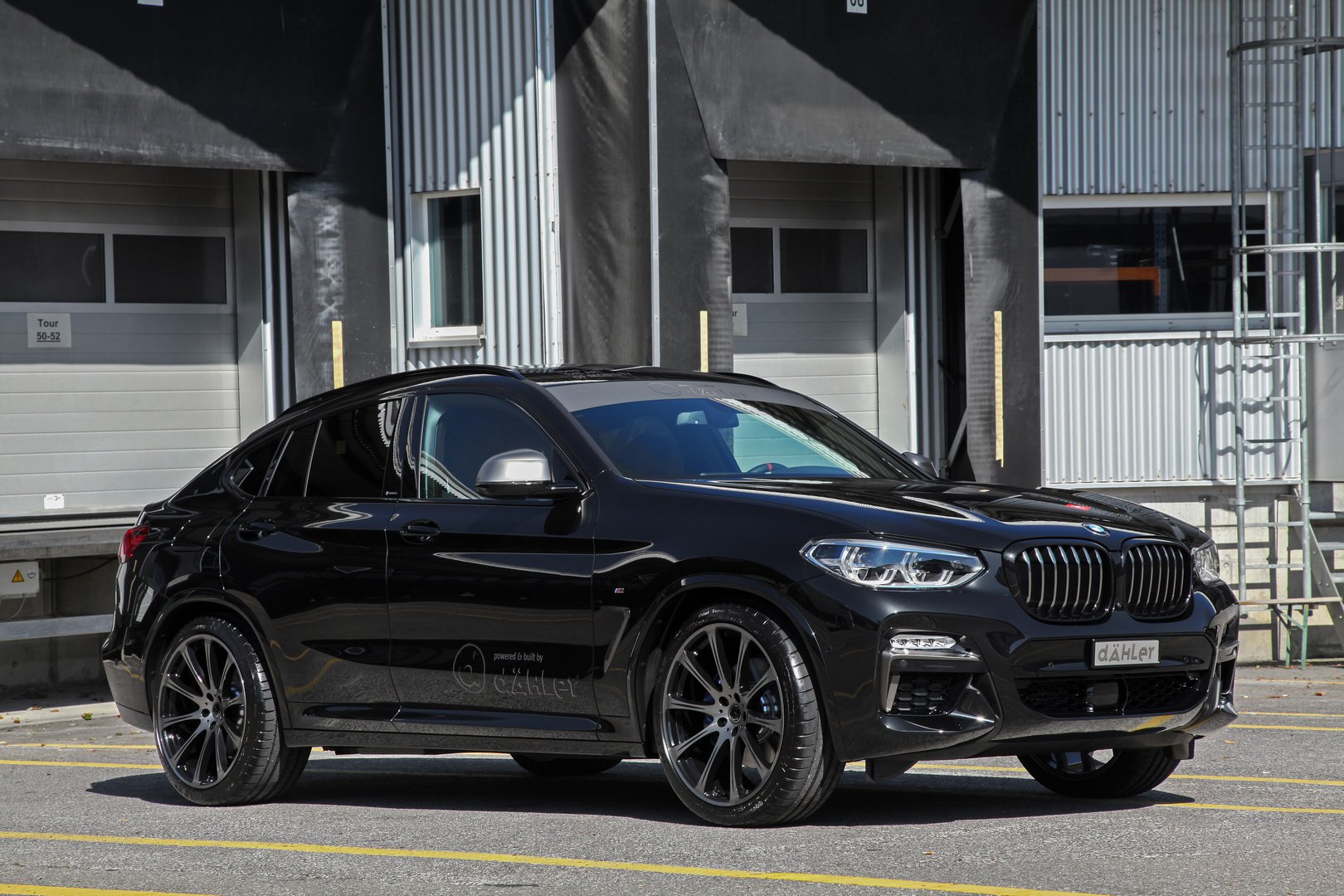