BMW finally did it. The BMW 8 Series Convertible is here after almost 30 years of waiting. I’m saying almost 30 years because ever since the original 8 Series initially came out, the world wondered how a drop top 8 could look like. It could’ve been because the original 8er had no B-Pillar or because people just want to see convertible versions of everything anyway (we do have convertible SUVs these days, remember?) but who cares. The point is, the 8 Series Convertible is finally here and its gorgeous.

As the saying goes, a picture is worth a thousand words and in that case, the video we have posted for you below must be worth a million. Seeing the 8 Series Convertible in a couple of photos yesterday was enticing but now it’s time to see it in motion and even hear the M850i engine roar a little bit. The new iteration of the 4.4-liter V8 otherwise known as N63 is now taken up to new heights of performance, delivering 523 HP and 553 lb-ft of torque. 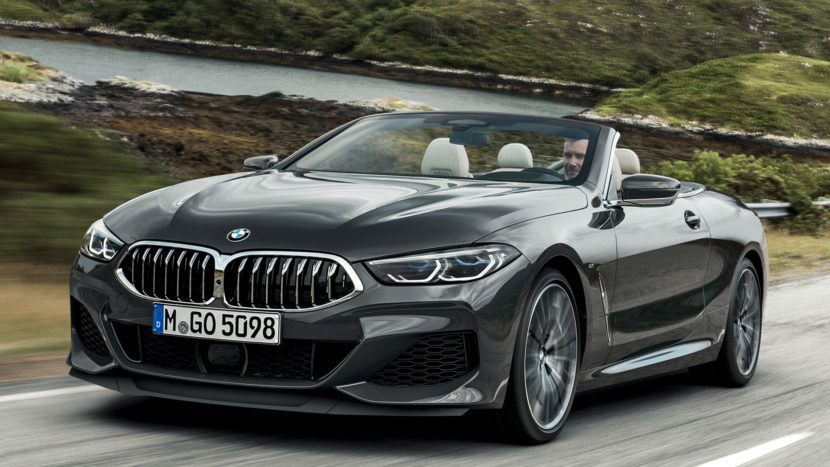 Those numbers allow this luxurious drop top to reach 62 mph in just 3.9 seconds. Yes, that’s slower than the Coupe but then again, the drop top is considerably heavier too. It’s not a too shabby time though come to think of it. After all, the M4 with the Competition Package is just as fast, and people buying this car won’t necessarily go drag racing with it. Instead, they may very well do what the gentleman in the video below does, cruising on the shores of oceans or lakes with the top down.

The drop top will be making an appearance in front of a live audience for the first time at the LA Auto Show, the perfect venue for such a car. I’m guessing a lot of stars and well-off people from the city of angels will buy this car to go cruise around Beverly Hills or Sunset Boulevard and, truth be told, it does seem like the perfect car to do so.