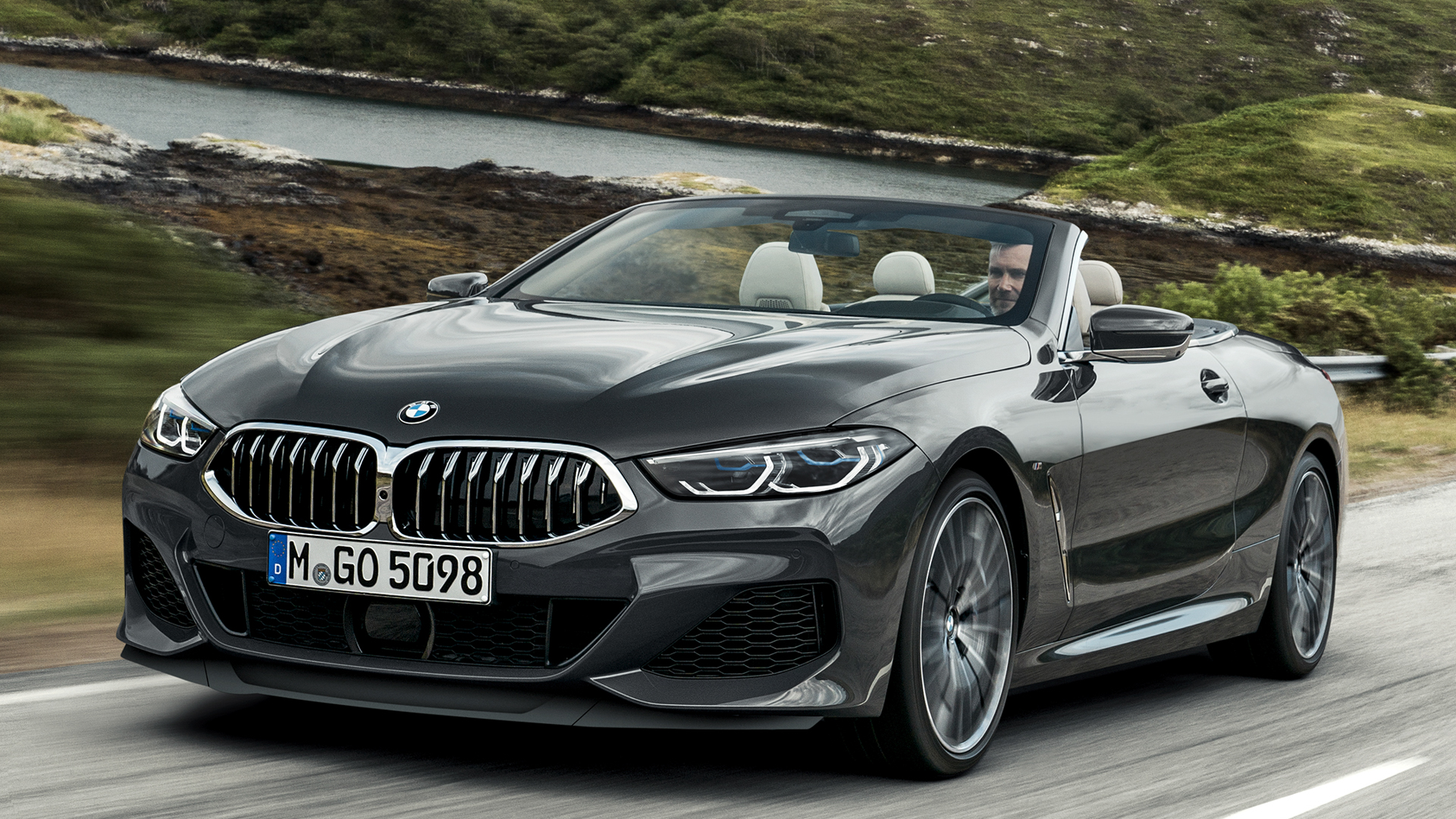 It’s unusual to compare a BMW and an Aston Martin, as the two brands rarely compete with one another. However, with the new BMW 8 Series, the Bavarians finally have a car good enough, and premium enough (sorta), to compete with James Bond’s brand. Now that we’ve seen the new 8 Series Convertible, it’s closest rival from Aston would be the DB11 Volante.

But the all important question — which one looks better?

Personally, I’m a huge Aston Martin fan. I adore the brand and almost everything it does. But the DB11 is one of my least favorite Astons ever. There’s just something about the design that doesn’t speak to me the way the older Henrik Fisker models did, like the DB9 and V8 Vantage. Yet, even this DB11 is better looking to my eye than the 8 Series Convertible.

In profile, the 8 Series is a handsome car but the DB11 is pretty. It’s smooth and muscular and sexy, while the 8er is just aggressive and sporty. There’s no doubt, the 8 Series Convertible is a stunner. Right up until an Aston pulls up along side it.

From the front, the Aston has all the classic GT design cues. The highest point of its hood is at its wheels, where it swoops down toward the front. That gives it a muscular and seductive look. And that classic Aston grille just looks so good, all the time, while BMW’s Kidney Grilles are just getting larger and angrier.

Out back, the Aston wins again and it’s by an even larger margin. The way you can see its hips bulge out and then squeeze in, like the waste line of a model in a dress, is just fantastic. Also, its taillights work themselves around the built-in decklid spoiler, which adds a three-dimensional look to them. The rear end of the 8 Series is actually one of its better looking parts and it does have a very good looking rump. It’s just no match for the Aston’s prettiness.

Where the Bimmer claws back, though, is inside. While Aston’s have always had wonderful, bespoke feeling cabins, the DB11’s looks cheap. That steering wheel looks like it could have been pulled from a KIA and its digital driver’s display looks even worse. Also, the Mercedes A-Class wiper stalks look a bit cheap. While the 8 Series’ cabin is lovely, looking both sporty and elegant. It’s a sad day when a BMW’s interior is superior to an Aston Martin’s, in terms of design. The quality in the Aston is, admittedly, superb, but the design and layout are big misses.

Overall, though, the Aston Martin DB11 Volante is the better looking car. It’s more exciting, prettier and more exotic looking. The BMW 8 Series Convertible is a great looking GT car and will be a jaw dropper everywhere it goes. But when as Aston Martin pulls up alongside it, the heads are going to turn in its direction instead. They should, considering how much more the Aston costs, but they will nevertheless. For my money, though, I’d take the 8 Series, thanks to its better interior and better performance and I’d keep the extra $80,000 and buy a second-hand Aston Martin DB9 with a six-speed manual.