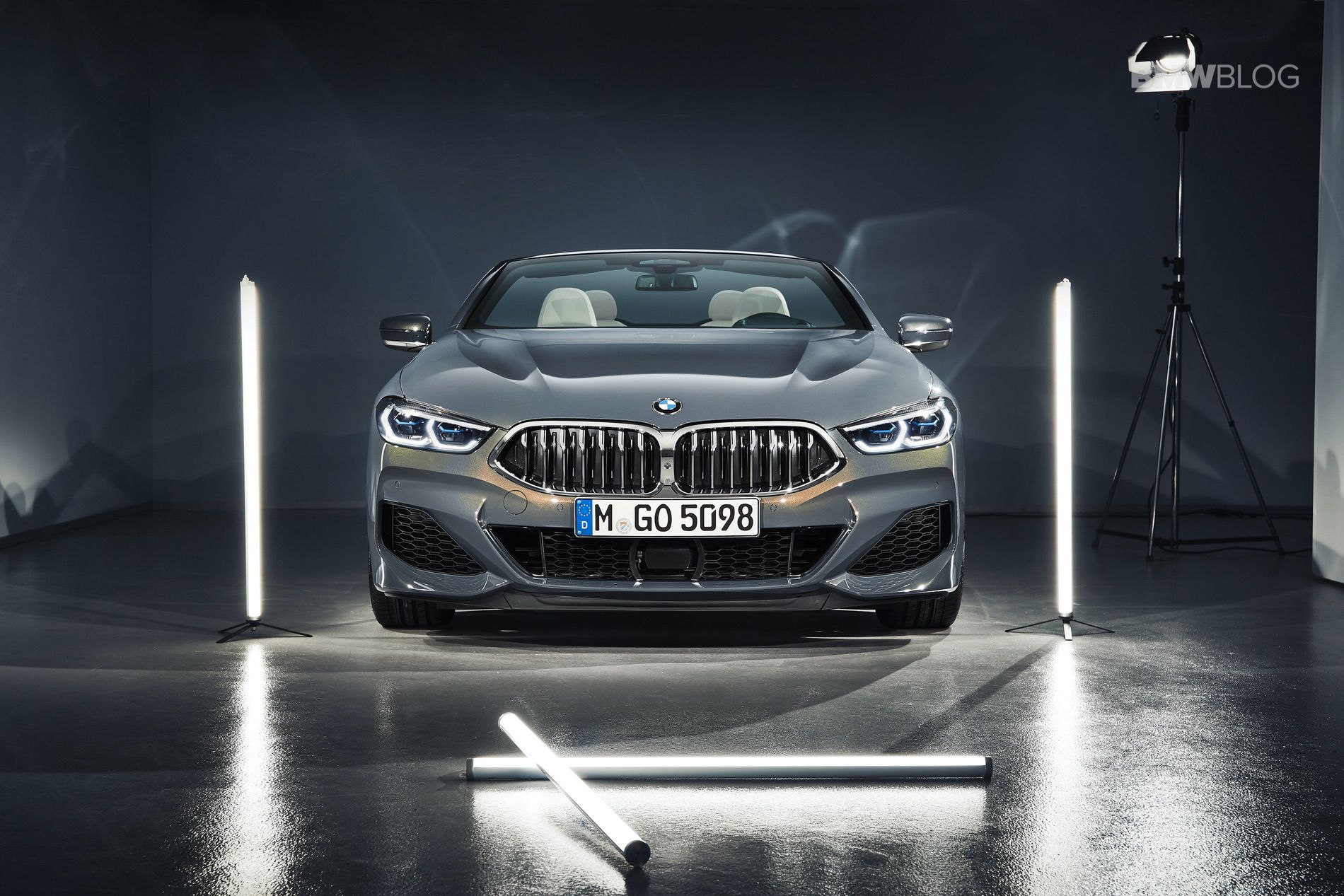 Late last month, BMW invited us to Portugal to test drive the new BMW 8 Series Coupe and Z4 Roadster. While at the Estoril Race Track, near Lisbon, BMW had another surprise for us – an exclusive first look at the BMW 8 Series Convertible. To learn more about the high-end and luxurious drop top, Carsten Groeber, Head of Product Management BMW Luxury Class, offered a guide tour. 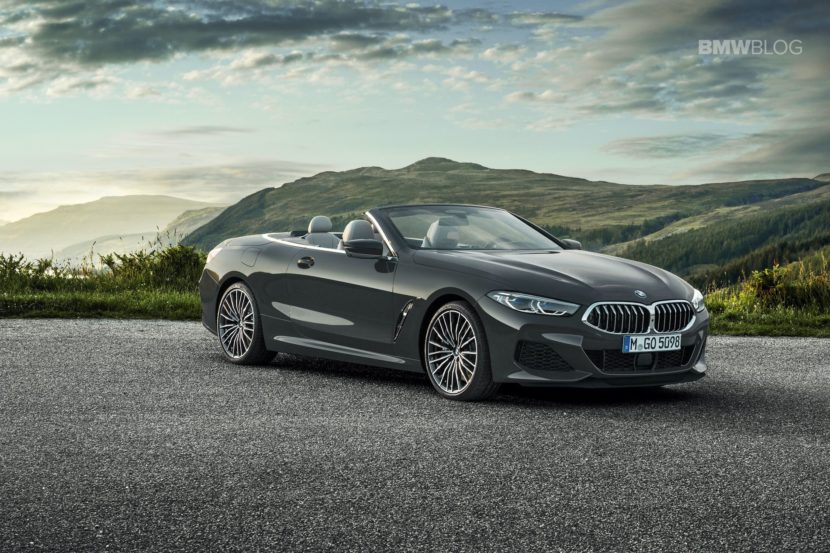 Without the roof, the 8 Series Convertible is low, sleek and muscular looking. With the roof up, it looks calm and sophisticated. The soft top roof itself is insulated with multiple layers of fabric that are designed to keep noise and temperature out while its up. But when the elements change, that roof can be stowed or risen in just 15 seconds, at speeds up to 30 mph. With the roof down, a wind deflector can be placed behind the front seats (although its presence prevents rear passengers) and stowed in the trunk when not in use. 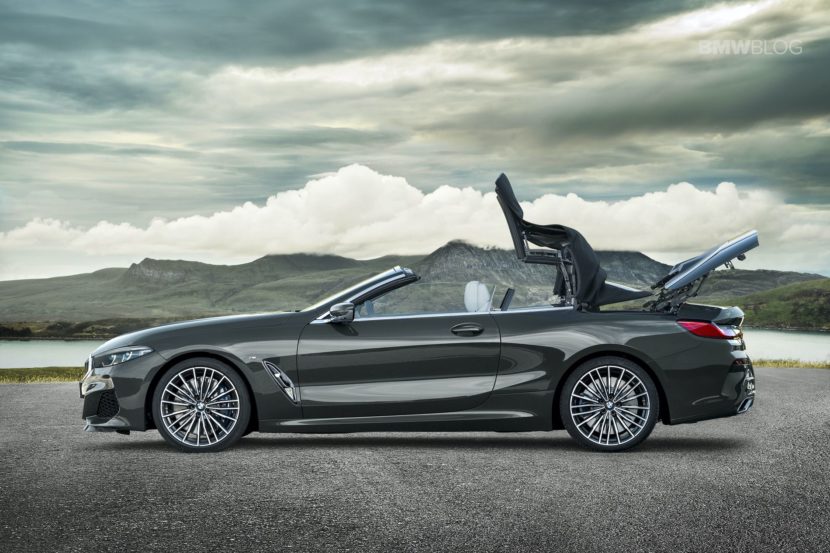 To increase the safety of the open top, BMW uses an automatically activated rollover protection system. When the car detects a rollover, the system can extend two aluminum roll bars from behind the rear headrests in a fraction of a second. 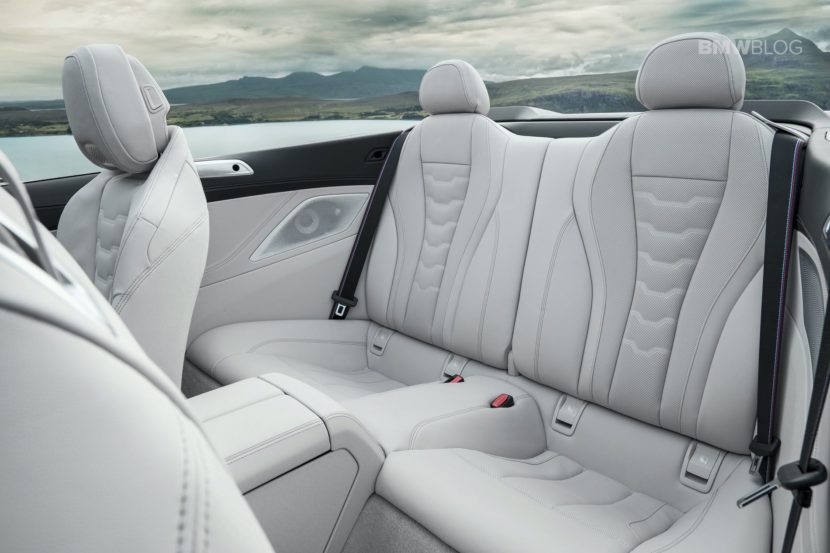 The 2019 BMW M850i xDrive will debut later this month at the L.A. auto show, but before that, we’re giving you a closer look at the new M850i Convertible.

6 responses to “EXCLUSIVE: First look at the BMW 8 Series Convertible”