Marco Wittmann second in the final race of the DTM season 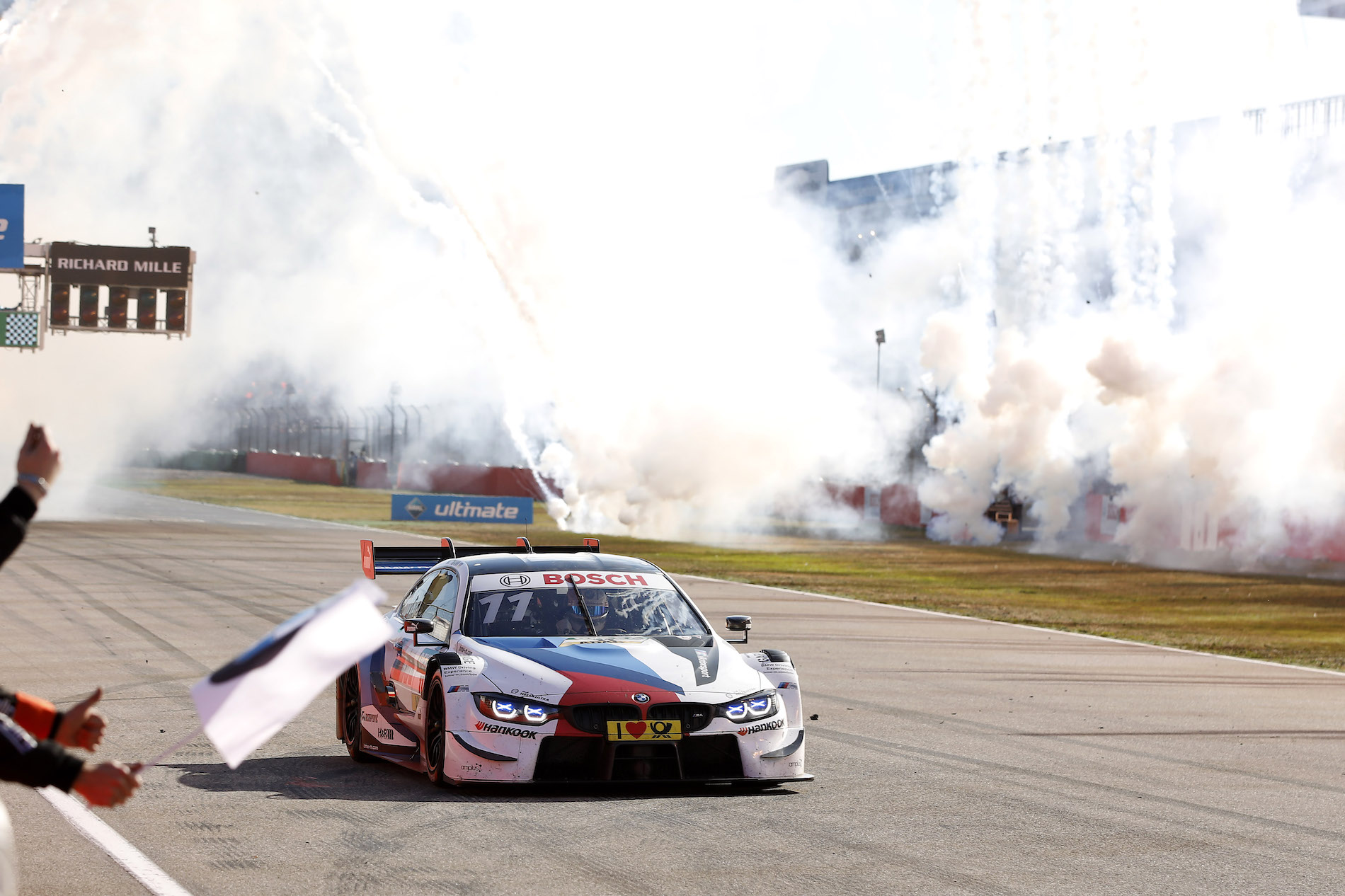 BMW M Motorsport ended the 2018 DTM season with a strong team result. Marco Wittmann (GER), at the wheel of the BMW Driving Experience M4 DTM, finished second in the final race of the year to take his place on the podium for the sixth time this season. Before the race he had secured his first pole position of the year in qualifying. Wittmann was joined on the podium by race winner René Rast (GER, Audi) and the new DTM champion, Gary Paffett (GBR, Mercedes). All six BMW drivers came home in the top-ten and picked up points in the 20th race of the season. 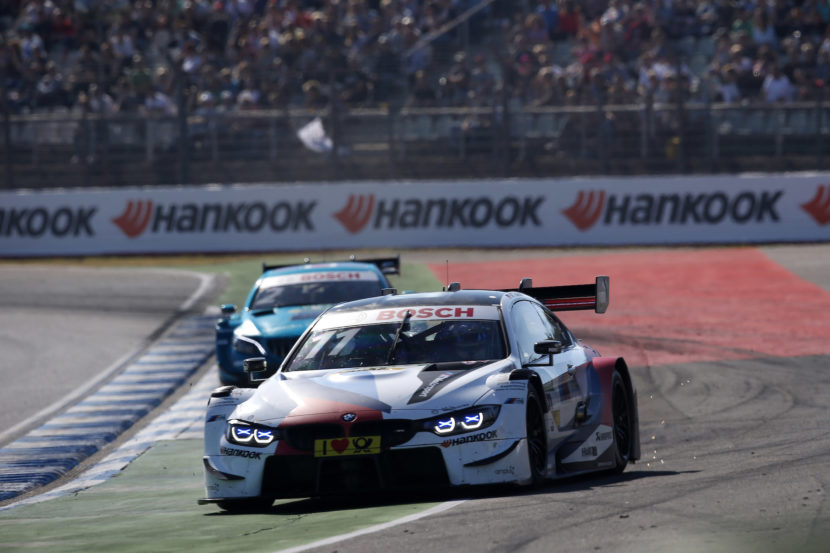 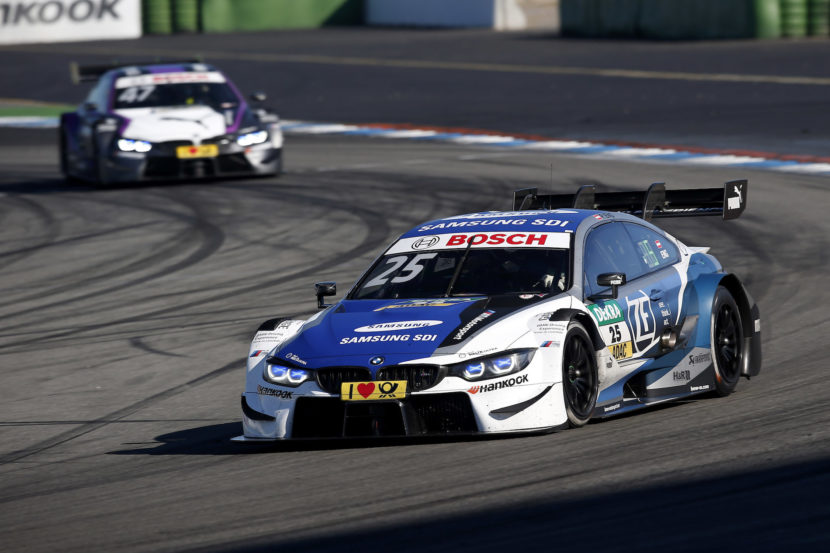 “The DTM season draws to a close with another exciting race in Hockenheim – with Marco Wittmann on the podium, all BMW drivers in the points, and a thrilling conclusion to the title race. It has been another spectacular season, with highs and lows for us. One positive aspect was definitely the fact that we were well positioned across the board. Every one of our six regular drivers finished on the podium at least once over the course of the season and we claimed four race wins. There were a lot of highlights, including the fantastic battle between Timo Glock and Gary Paffett at the season-opener in Hockenheim, Marco Wittmann’s victory on home soil at the Norisring, and Alex Zanardi’s unforgettable outing in the night races at Misano. On the whole, the 2018 DTM once again thrilled fans with fantastic motor racing – exactly as it should do. We would obviously have liked to have been battling for titles right down to the finish. Despite many individual successes, the big success has evaded us this time. Congratulations to Mercedes and Gary Paffett on winning the Manufacturer and Driver titles: it is hard to believe that Mercedes are turning their back on this fantastic series and its fans. We are now looking forward to the 2019 season – with a new car, new opponents and, without any doubt, the same enthusiasm for this series.”

“Marco had a slight issue at the start, but after that he had superb pace. Our guys had top strategies for all three cars. It has been a tough weekend for us. The guys in the pit lane have done a great job to get the cars ready. I would like to say a big thank you to the team for their efforts this season. It has been fiercely-competitive. However, we never gave up and were rewarded for our efforts again today. I am looking forward to returning to Hockenheim with the guys for the start of next season.”

“I am very happy with second place, particularly after the bad day we had yesterday. The guys worked extremely hard and I was able to thank them with pole position and second place. Unfortunately, we came up just short of taking the win, but René was simply a bit too quick today. The podium is still a nice way to end the season.”

“We gave it everything and had decent pace – but it was simply not good enough for a better position. We did manage to make up a few places and score some points at the end. I would like to thank BMW Motorsport and BMW Team RMG. We have had a tough season, but the guys have always done their very best. Unfortunately, the points total does not reflect our true performance.”

“I have no idea what was wrong today. We had such good pace yesterday. We could not do much on either set of tyres in qualifying, when we were well behind Marco. We had absolutely no balance in the car on the first set, just under and oversteer. When we switched to the second set, it was just about okay, however the opportunity had gone by that point. Congratulations to Gary Paffett on winning the title.”

“First of all, congratulations to Gary Paffett on winning the Drivers’ title. After yesterday, we worked very hard to allow the cars to qualify higher up the grid. We managed that and finished with all three drivers in the points. That is a nice end to what has been a tough season. The team introduced two rookies to the DTM. We did our best and made great progress over the course of the year. I am proud of the team.”

“Eighth place is okay. It would have been nice to have been on the podium again. At least I have been the top rookie. Today’s race was great fun. We had good pace and the right strategy. In the end, I was unable to raise my game. All in all, however, it was okay.”

“The start was very good. I was a bit cautious in the first two corners, as I did not want to get involved in the title race. As such, I was a bit careful when Gary and René were involved. Later on, I tried to stay in touch, but we did not have the pace – particularly in the first stint. The second stint was a bit better. On the whole, it was a positive day. We will now focus on development work over the winter.”

“It was a tough race today. Our pit stop was perhaps a little too early. As such, we struggled a bit with the tyres later. Otherwise, my race was okay. The season has been really good for me. I have learned an awful lot and made great progress. My personal highlight was obviously the win at Misano. It has been great fun and I would like to thank BMW for this fantastic opportunity.”