We’ve done a few comparisons between the new G20-generation 3 Series and other cars, such as some of its competitors and its predecessor. Though, no other competitor is threatening to BMW than the Mercedes-Benz C-Class. The C-Class is good looking, sports a great interior and is a great overall premium sedan. So the new 3 Series has its work cut out for it to outsell the Merc and having good looks is a big part of how it’s going to have to do it. So how does the new 3er stack up against the best looking Mercedes C-Class?

There was a report that came out a few months before the reveal of the new 3 Series that claimed the Mercedes-Benz C-Class to be the car that BMW was hunting for most. And that’s sort of apparent when you see the two back-to-back.

Up front, it’s obvious that the BMW is the sportier of the two. Its wider, lower look, thanks to its wide, slim headlights and wide Kidney Grilles, is far sportier than the C-Class’ slightly tall and stubby front end. The C-Class is pretty and looks very premium but the 3 Series looks angrier.

In profile, the C-Class is certainly a bit less exciting looking but it’s also less fussy. There’s a lot going on with the 3 Series’ design and, sometimes, almost too much. The C-Class seems a bit more cohesive. Having said that, the 3er looks a bit more athletic and aggressive, with its shoulder line seemingly invisible until it crosses the rear wheel arch, where it makes itself very known. That makes its rear haunches look more muscular, while the C-Class looks a bit slab-sided.

Out back, I have to give the win to the 3 Series, personally. The rear taillights of the C-Class sedan look a bit dumpy, as do the rear ends of most Mercedes sedans (although I think Mercedes coupes look ace out back). Though, the 3 Series rear end looks a bit too much like the Lexus IS. Still, it’s sharper and more dynamic looking than the frumpy butt of the Benz.

On the inside, it’s a tough to choose. Now, both cars have really quite good looking interiors. Previously, the C-Class wiped the floor with the interior of the F30 3 Series. Now, though, the 3er packs a seriously good cabin. They’re very different, though. The 3 Series is all sport, with sharp lines and angles, and the C-Class is all luxury, with flowing lines and smooth surfaces. However, I think the 3 Series has to take the win, simply for technology. Its new iDrive system is far, far better than the C-Class’ COMAND and its new digital instrument panel looks far more interesting than the Benz’s, which just looks like old-school Mercedes gauges. Just, ya know, digital.

Overall, it’s really hard to pick a winner because they’re so different. The BMW 3 Series is much sportier looking and more athletic. However, the C-Class is smoother and more expensive looking. I think it really comes down to what sort of car you’re looking for. If you’re looking for something sporty, go 3 Series. If you want something more luxurious looking, go Benz. 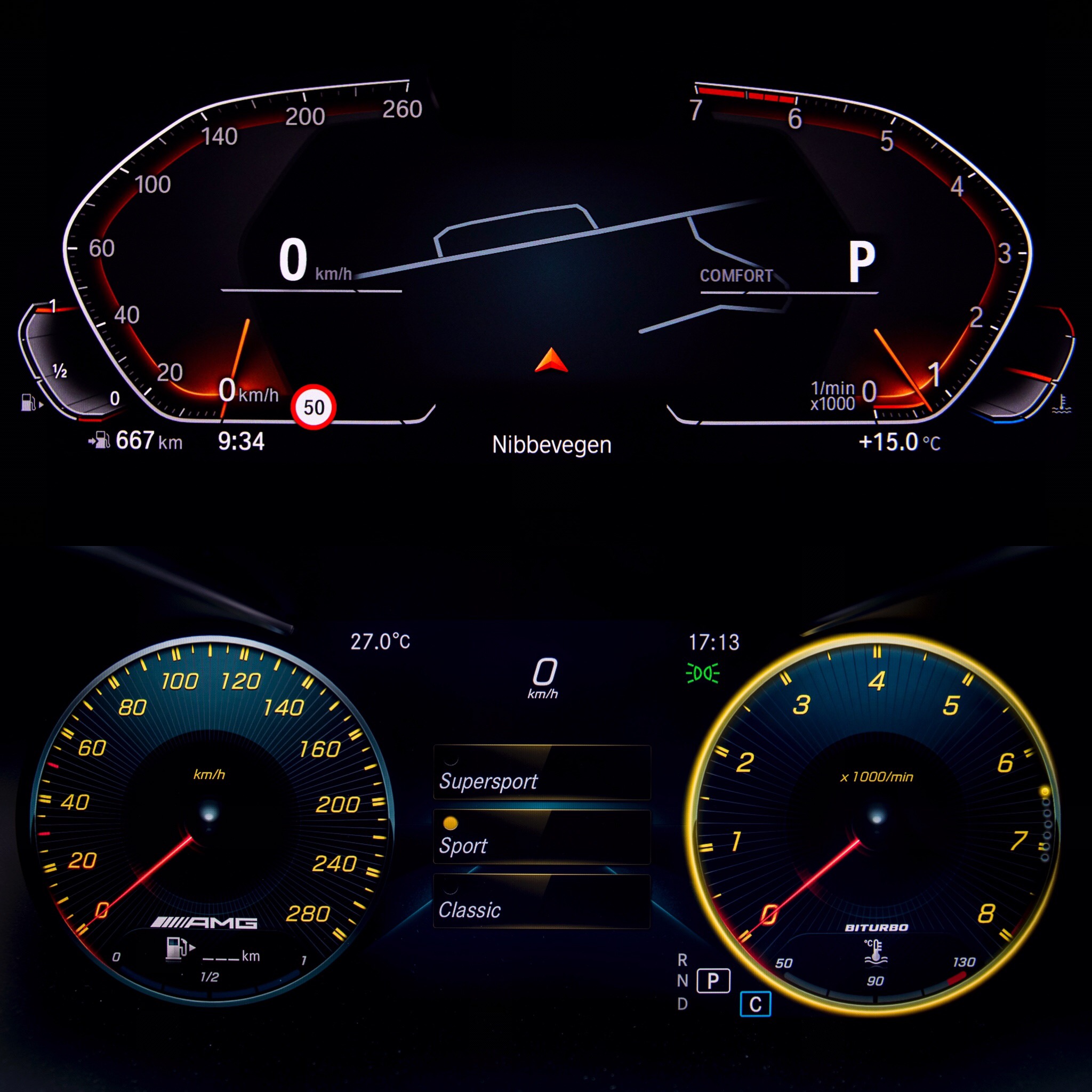