I think I can speak for all of us when I say that the upcoming G20 3 Series is the most exciting BMW currently in the pipeline. While the 3 Series is always going to be the car enthusiasts follow most, as it’s the car that enthusiasts actually buy the most, the news of pre-production G20 3er drives have sparked remarkable optimism. So we’re all jazzed about the upcoming 3er and watching news about it like hawks. Which is why we’re excited to see some new spy photos of the G21 3 Series Touring caught testing. (We don’t own them but you can see them here)

In these photos, the G21 3 Series Touring is heavily camouflaged, though we can see enough of it to get a good idea of what it’s going to look like. Sure, it looks a lot like the new G31 BMW 5 Series Touring but that’s not bad thing, as the G31 is one of the best looking wagons currently on sale. 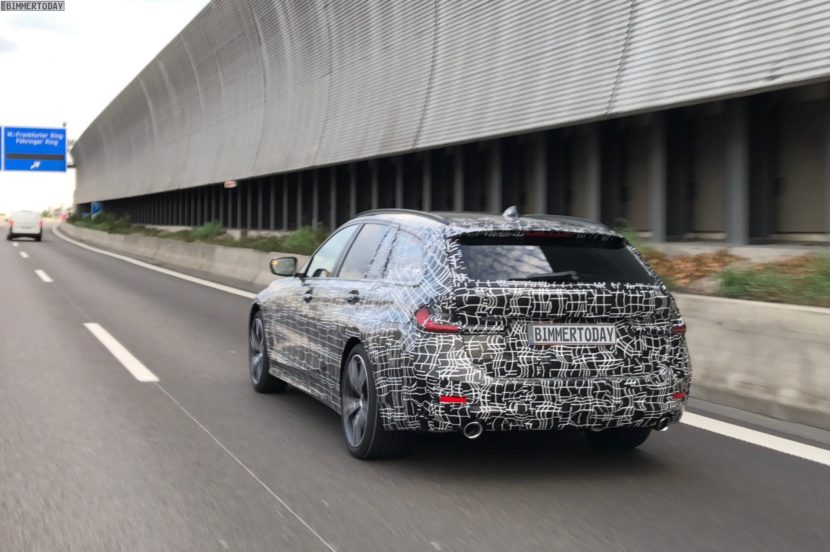 Still, the G21 3 Series looks handsome and surprisingly sporty. It looks lower and wider than the car it replaces and that makes it look more athletic than before. Also, the G20’s new taillights seem to work better on a wagon than the old F30’s, which seemed a bit odd on a wagon. These integrate into the rear tailgate well.

What we’re really excited about, though, is not its looks. Rather, we’re excited about the prospect of a practical wagon sporting the same impressive dynamics that we’ve heard the new G20 3 Series sedan has. Thanks to revised steering, new lift-related dampers and a limited-slip differential, the new G20/G21 should be a superb handling sedan/wagon. Pre-pro test drives have even had journalists claiming that it very well could regain the segment crown from the Alfa Romeo Giulia. We can’t wait.