Video: Check Out the Sound of the BMW M Performance Parts Concept

Home » Video: Check Out the Sound of the BMW M Performance Parts Concept 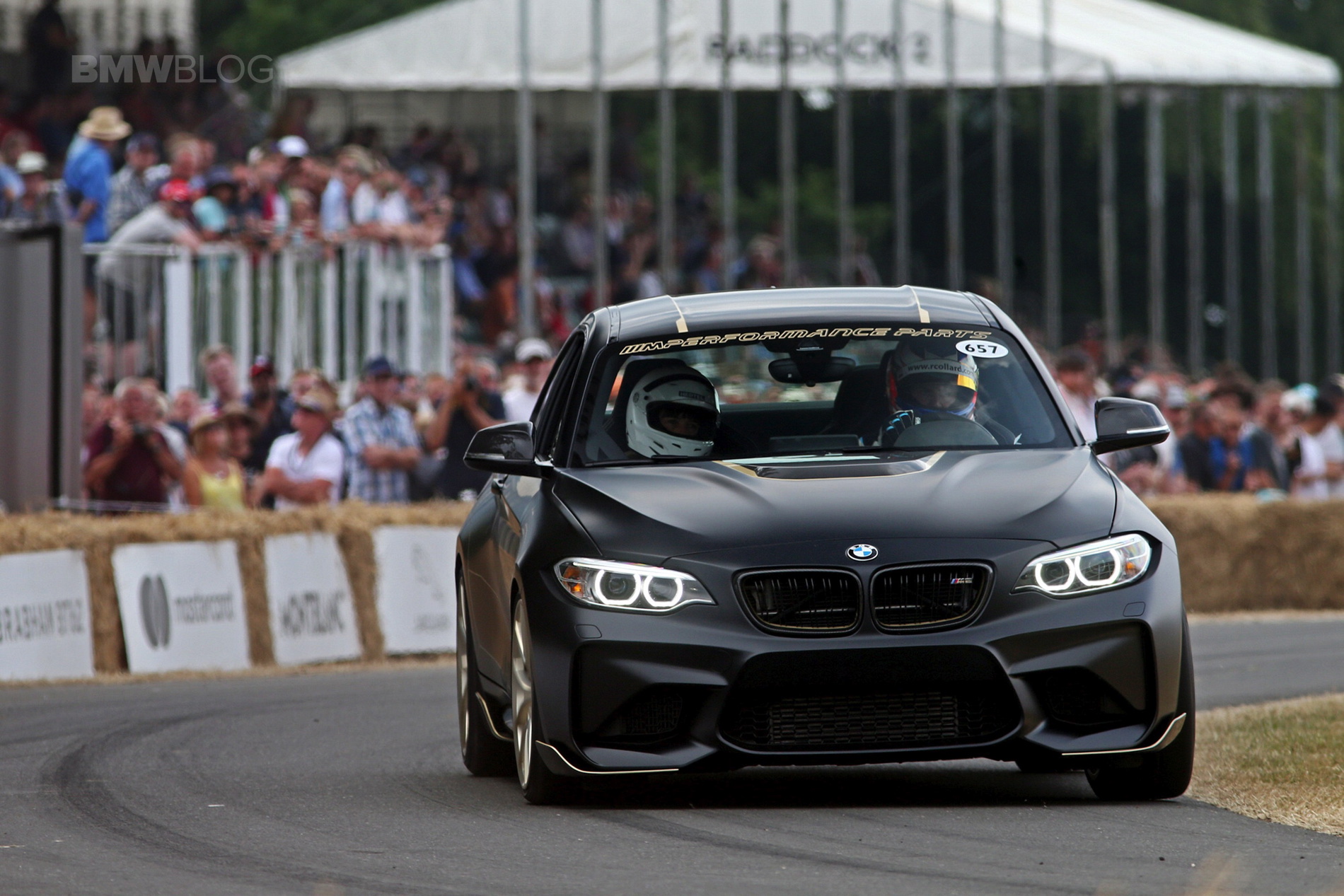 This year’s Goodwood Festival of Speed was the host of a rather peculiar debut from BMW. The Germans unveiled what they call the “BMW M Performance Parts Concept”, a car meant to showcase what can be achieved through the M Performance catalogue. The thing is, to us, it looks like an enhanced BMW M2, but the real essence of the car hides well beneath that sheet metal. The M Performance Parts concept also comes with a bespoke exhaust which makes all the difference in the world.

Based on a BMW M2, the M Performance Parts concept aims at taking performance to the ultimate level. Compared to a standard M2, the concept is lighter by 60 kilos. It also has superior aerodynamics and a unique look that makes it stand out in the crowd. The gold accents here and there really pop when looked at against the frozen black metallic paint of the car. The rear diffuser is made of carbon fiber and accommodates a special exhaust system. 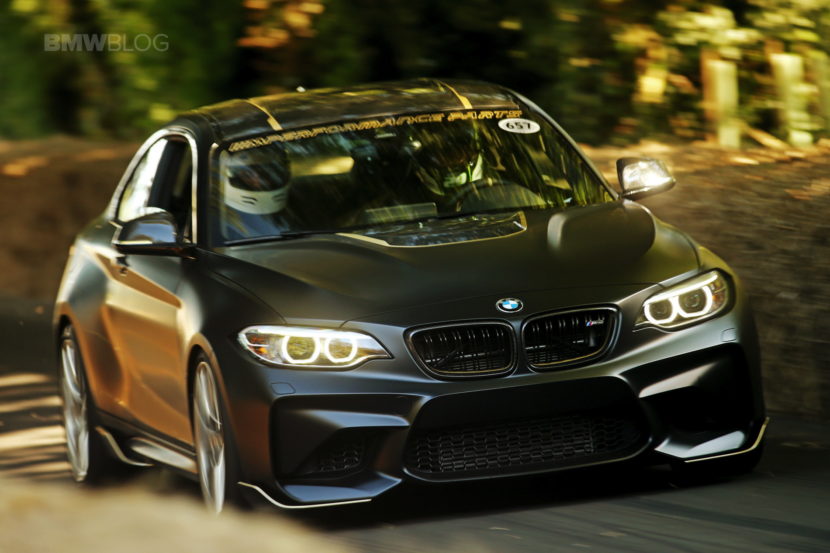 BMW didn’t go out of its way to specify what metal it’s made of or what kind of work has gone into its development but, from the sound of things, we can make out a couple of interesting tidbits. Since this is a concept, it doesn’t have to abide by EU regulations which means we probably aren’t dealing with any cat pipes. Furthermore, it’s quite possible that the exhaust is made of titanium, just like it’s the case on the M4 GTS, which would explain the volume of the thing.

Last but not least, the M Performance Concept is based on the pre-facelift M2 which means it uses an N55 engine under the hood. The 3-liter straight six engine is widely appreciated not only for its performance but also for its sound and this this doesn’t disappoint.

One response to “Video: Check Out the Sound of the BMW M Performance Parts Concept”