We recently learned that BMW might be making a faster, more extreme version of the M4 GTS, which is already the brand’s most extreme track car. That more hardcore test mule has just recently been caught testing on the Nurburgring and it does seem more extreme.

Seen here in this video, this BMW M4 GTS features some canards at the front, a more aggressive rear diffuser, a bigger rear wing and some Porsche 911 GT3 RS-style wheel arch vents. It also seems to sport an angrier sound. The M4 GTS was already the angriest sounding Bimmer on sale but this one sounds even more so. More importantly, it sounds better, with more of a metallic snarl.

It looks quick on the ‘Ring, although I just finished watching Porsche’s record breaking lap of the Nurburgring, so it actually look slow to me. However, it’s actually quite quick and it looks sharp. The M4 GTS never had any issue with being seriously capable and very quick, its problem lied more in its ability to provide joy to the driver. It just wasn’t the sort of pure driving matching that the E46 M3 CSL was and it wasn’t as special feeling as a lot of enthusiasts had hoped. 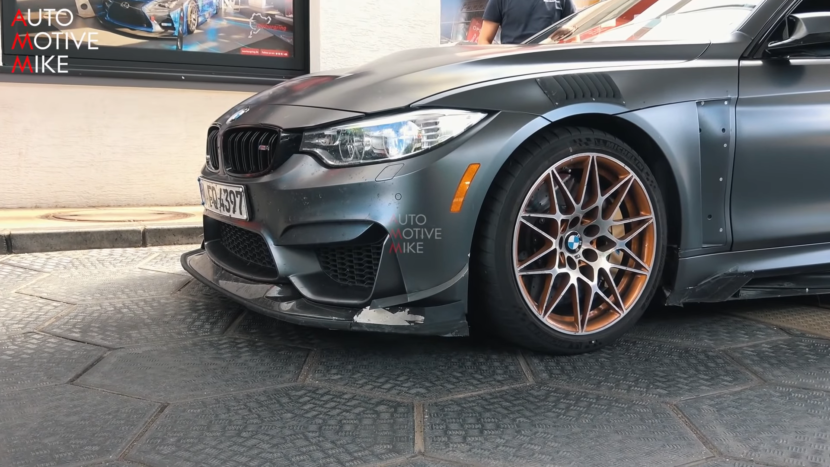 We’re not exactly sure what this car is going to be. We’ve heard rumors that it might be part of the revival of the “CSL” name. If that’s the case, it would likely just be called the BMW M4 CSL and it will have some seriously large shoes to fill. BMW better take that seriously, because if it makes another CSL and it isn’t as legendary as its predecessors to bear the name, enthusiasts are going to have fits.

It certainly looks the part, that’s for sure. The added aero and massive wing make it look like a track-ready monster. Let’s hope it drives like one.