Even wanted to know what the difference between the F90 M5 and the F85 X5 M is in a drag race? Me neither but that doesn’t mean other people weren’t a bit more curious. The guys from GT Board set up a drag race between the two M models powered by the same S63 engine and the results are not surprising by any means. Yet again, one is a utility vehicle with more power than anyone could ever need while the other is a high-performance sedan.

It’s definitely a case of different strokes for different folks and there are a number of elements setting the cars apart over here. First of all, it’s a matter of masses at play here. The X5 M tips the scale at 2.3 tons which is almost half a ton more than what the F90 M5 has to push around. Considering the power the two have to rely on, the M5 wins once again, with 600 HP compared to the 575 HP of the X5 M. On the torque front, the figures are exactly the same at 750 Nm (553 lb-ft). 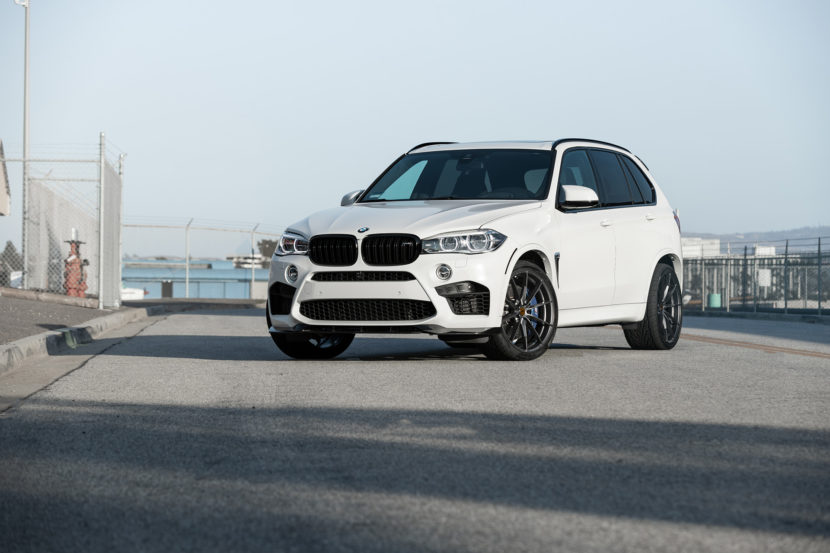 One generation ago, the dispute would’ve been made a bit more interesting by the different transmission setups. The F10 M5 came with RWD and a 7-speed DCT gearbox. This means while the gearbox would’ve shifted faster, the launch from a standstill would offer the advantage to the X5 M. The SUV has always had all-wheel drive, which means it would set off drama free. A RWD M5 would struggle to put the power down.

Since this run is done from a roll, the all-wheel drive advantage of the X5 would’ve been nullified anyway. The new M5 also has all-wheel drive and an 8-speed gearbox but a different setup for the transmission, which allows you to send all the power to the rear wheels if you’d like. At the same time, at higher speeds, the aerodynamic advantage of the M5 would come into play but that’s a mute point in this drag race, which was over after just a few feet.