There are certain cars in this world which shouldn’t be able to do what they do. One of these is definitely the BMW F90 M5. The business sporty sedan shouldn’t be able to do 100 km/h (62 mph) in almost 3 seconds flat while reaching close to 200 mph and yet, it does and brilliantly too, if I might add. All that might sound like nothing, considering the power it comes with in the first place but then again, take this uber-sedan to the track and let it do its thing and watch the hairs rise on the back of your head.

Yes, the new M5 is that kind of car, the kind that simply gets your blood flowing from the moment you press that red start/stop button, but there’s more it than just that. Take it to a proper track and you get to see exactly what it’s capable of. In the video below, we get a glimpse of what happens when the M5 goes to the famous Green Hell on what’s called a Touristenfahrten day. That’s a day when everyone can drive on it as the Nordschleife is part of the German highway system after all. 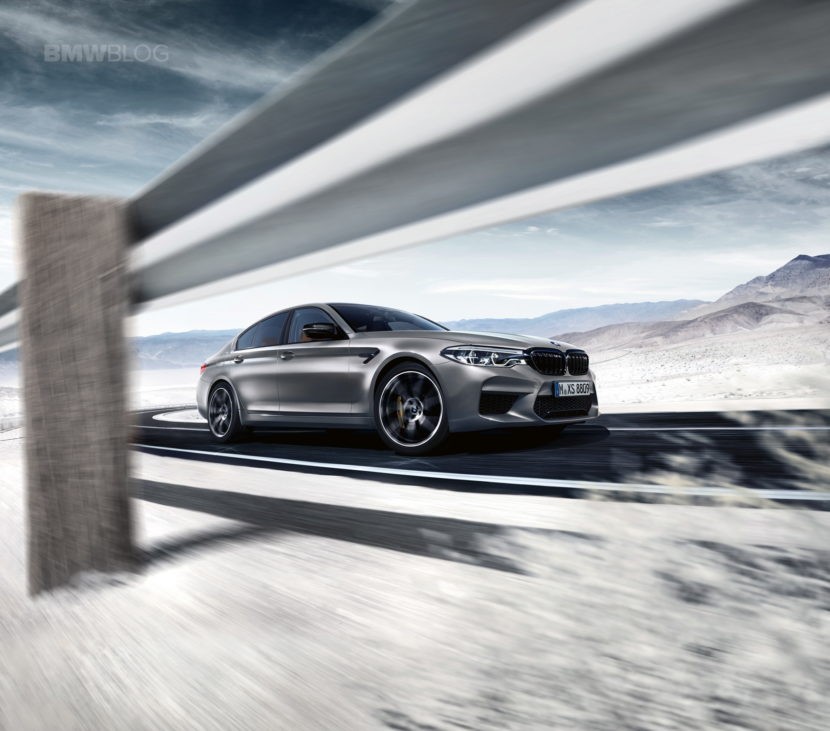 So what does the video show? Well, it’s nothing you wouldn’t expect. The driver has the car in his preferred modes which are not the most hardcore, I should point out. The steering, suspension and throttle settings are all on Sport mode, the DSC seems to be off while the M xDrive system is set to 4WD Sport. That means it sends most of the power to the rear wheels but occasionally some of it will be sent to the front axle, for some added grip when exiting corners.

Having a 600 HP 4.4-liter twin-turbo V8 under the hood, you can understand why the driver exerts caution and doesn’t push too hard. The car is tail happy, as the 4WD Sport setting promises, and a lot of the time he ends up sideways. In the end though, the lap is finished with both occupants of the car having big smiles on their faces so I guess the purpose of having a BMW M5 was achieved.