BMW i3S and i8 Starlight Edition displayed at BMW Welt 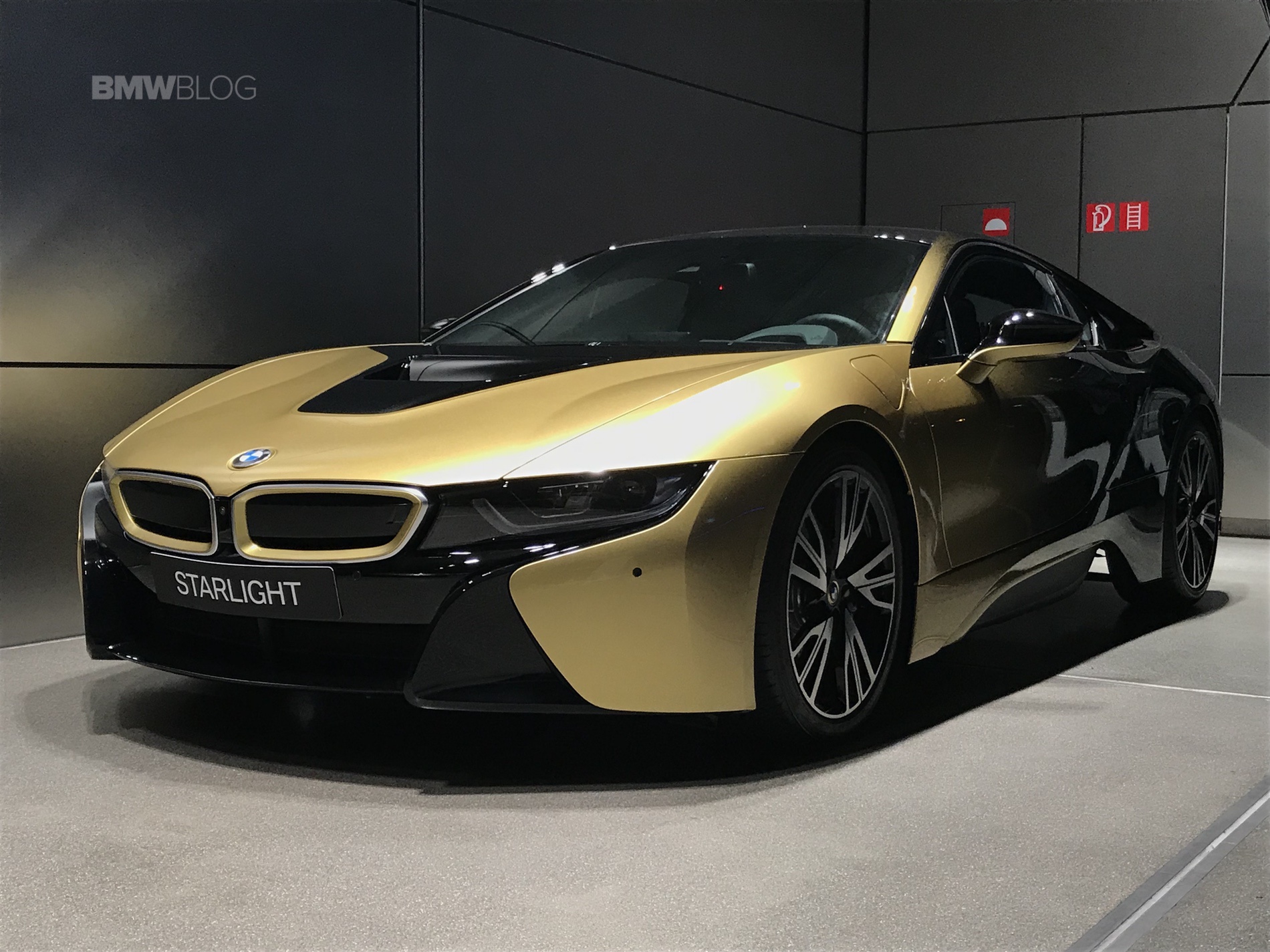 The BMW Welt is yet again hosting another exciting exhibition and presents the unique BMW i3S and i8 Starlight Edition to its visitors. Both cars were designed by the Czech designer Zoltán Matuška and feature an incredible exclusive exterior paint which consists partly of gold dust with a purity of up to 24 carats.

Because of the highly challenging paint job, it took about nine month to produce both cars. A preparation time of seven months was used to evaluate up to twelve different design concepts and to test seven technological processes to transfer the gold layers onto the cars. The actual execution of the paint job took two month for both cars. Six layers of original BMW paint were used in the first place to create the visual depth of the surface before a total of four gold layers were painted onto the i3S and i8. The last gold layer was applied manually in order to form the “star-like” structure. 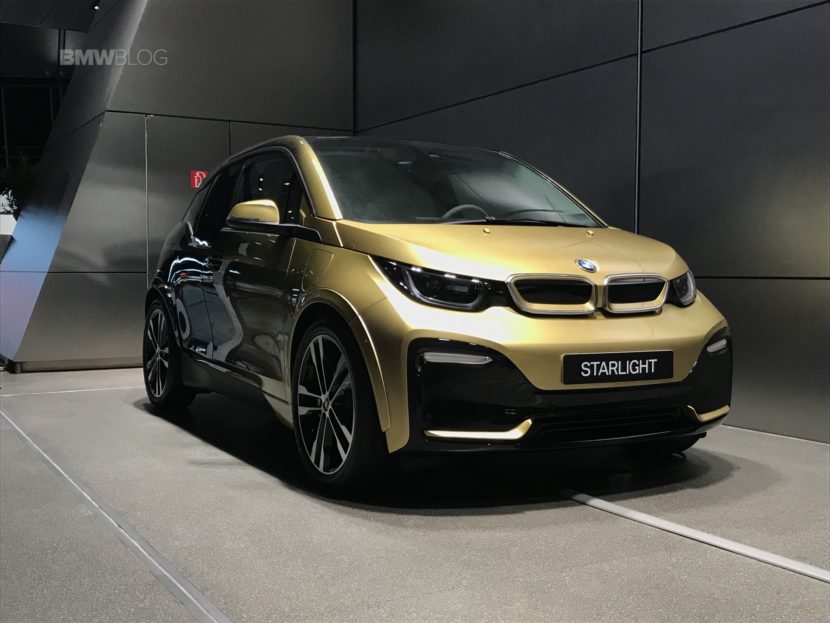 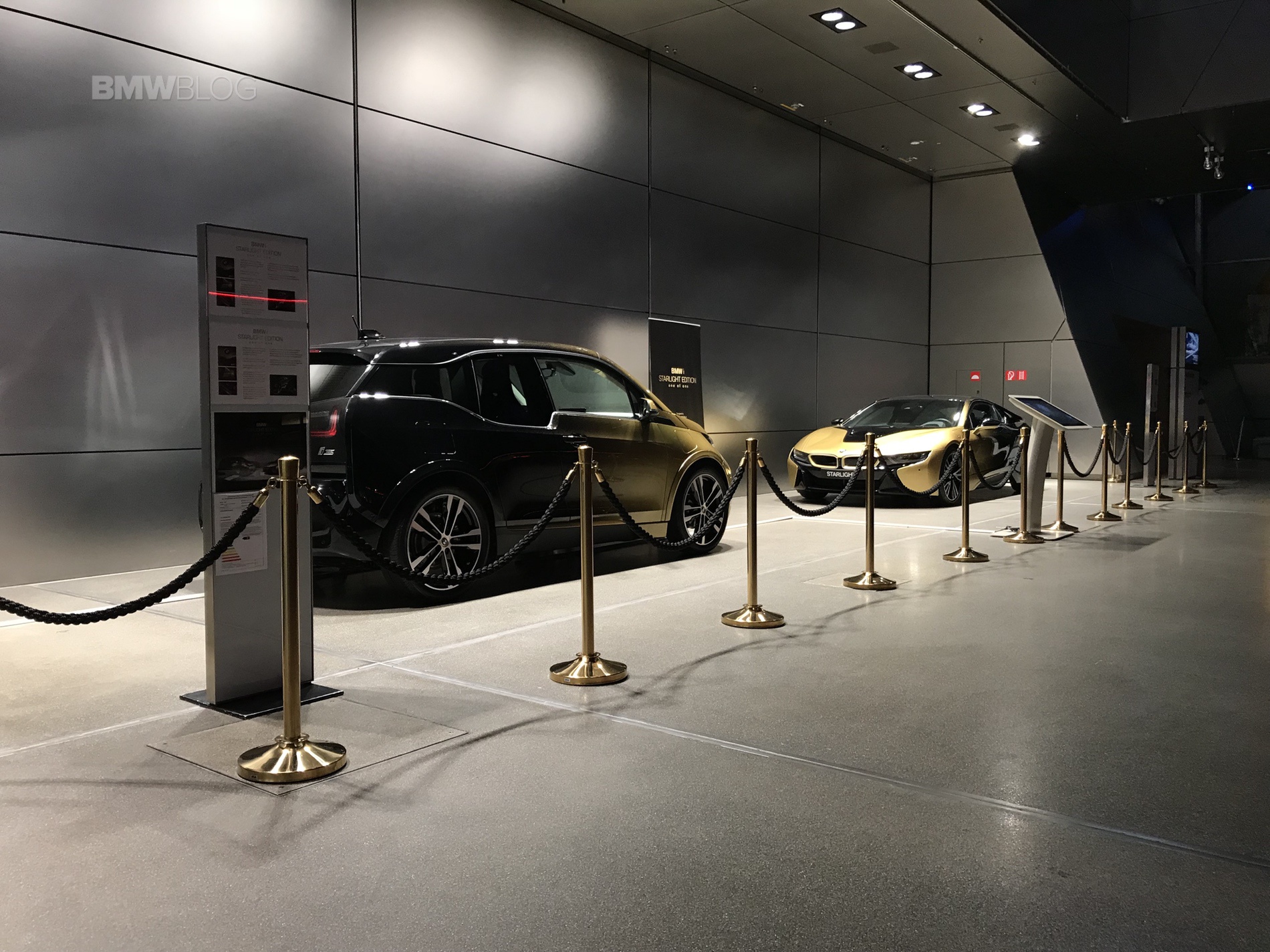 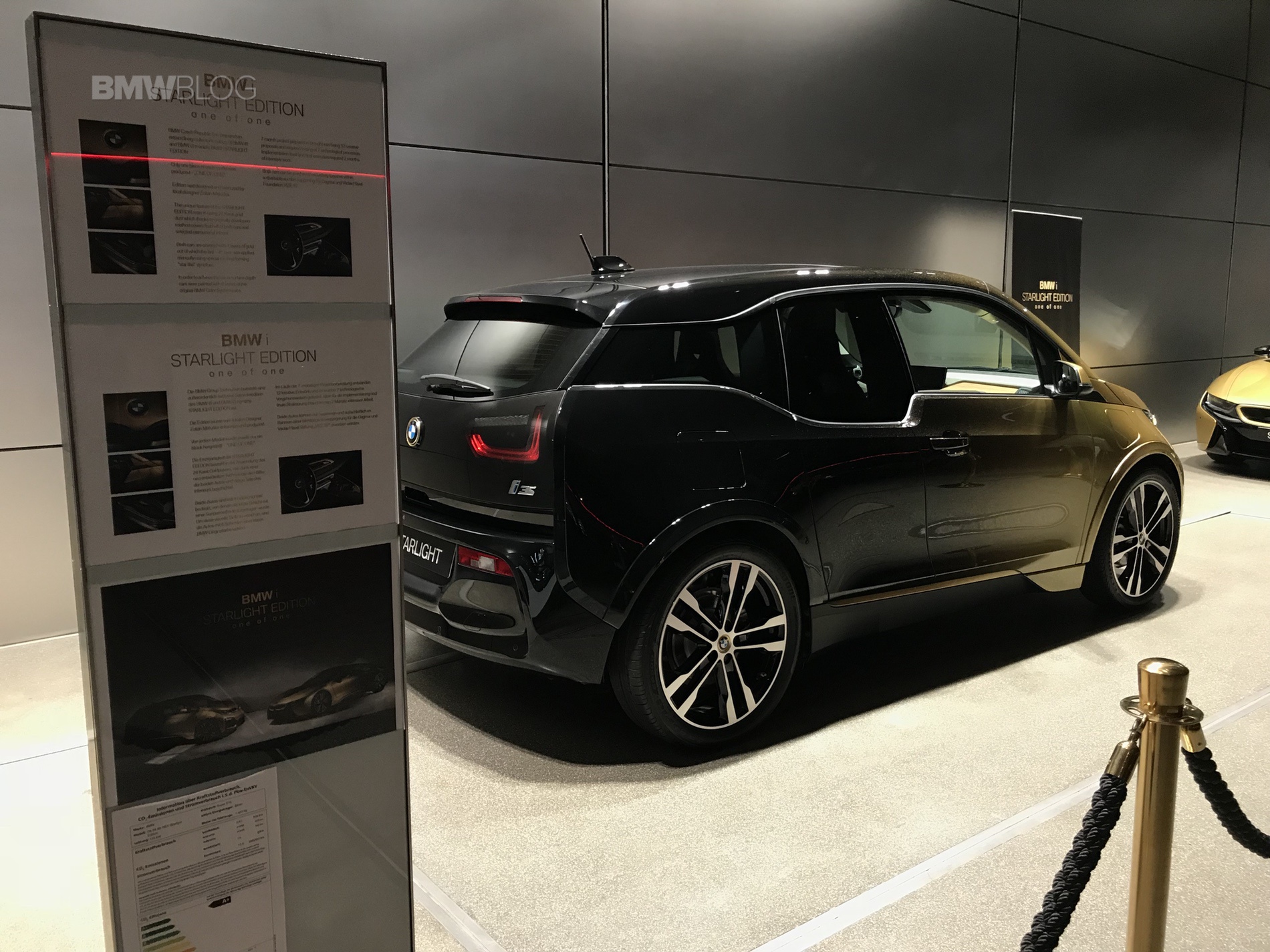 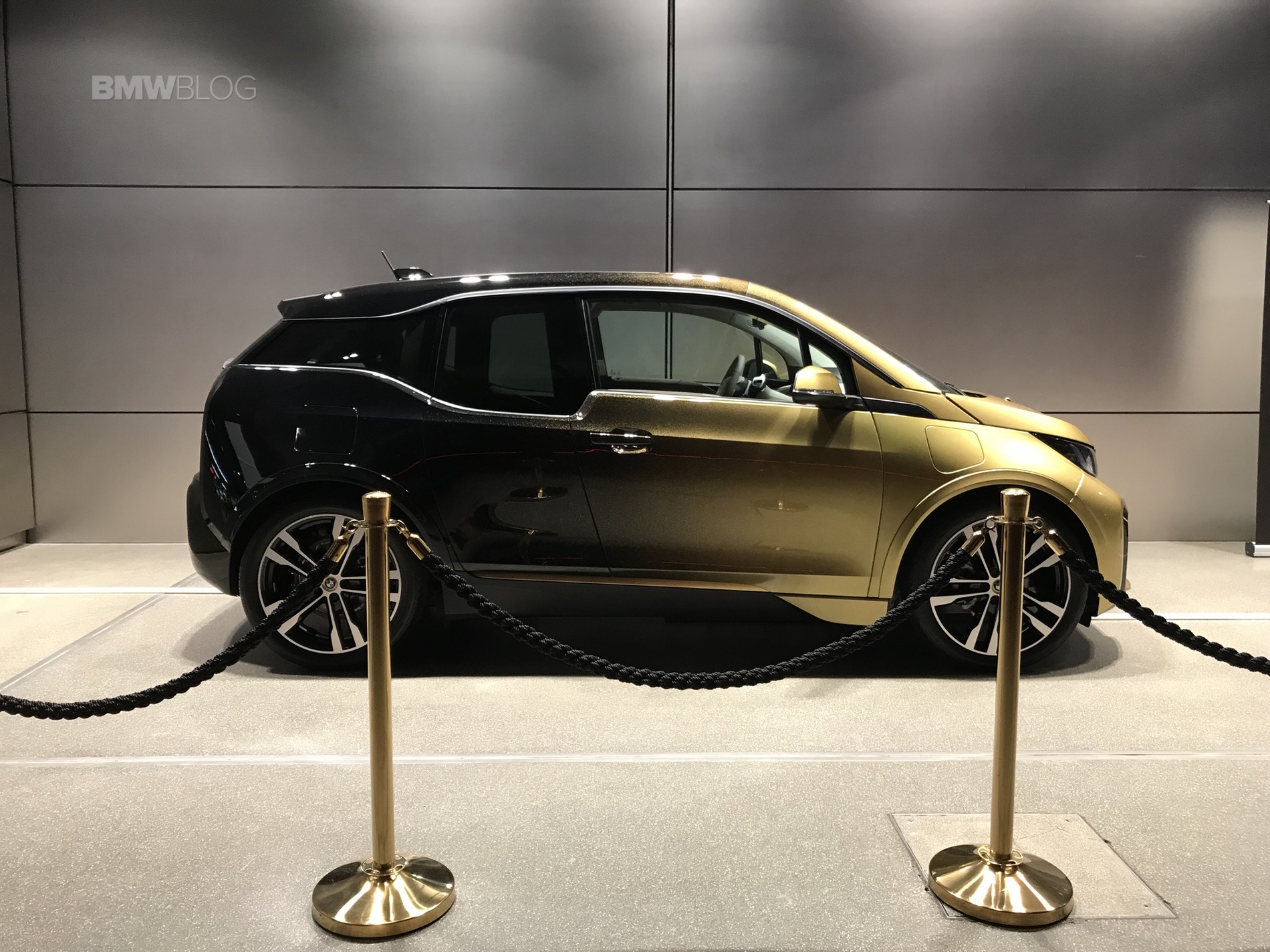 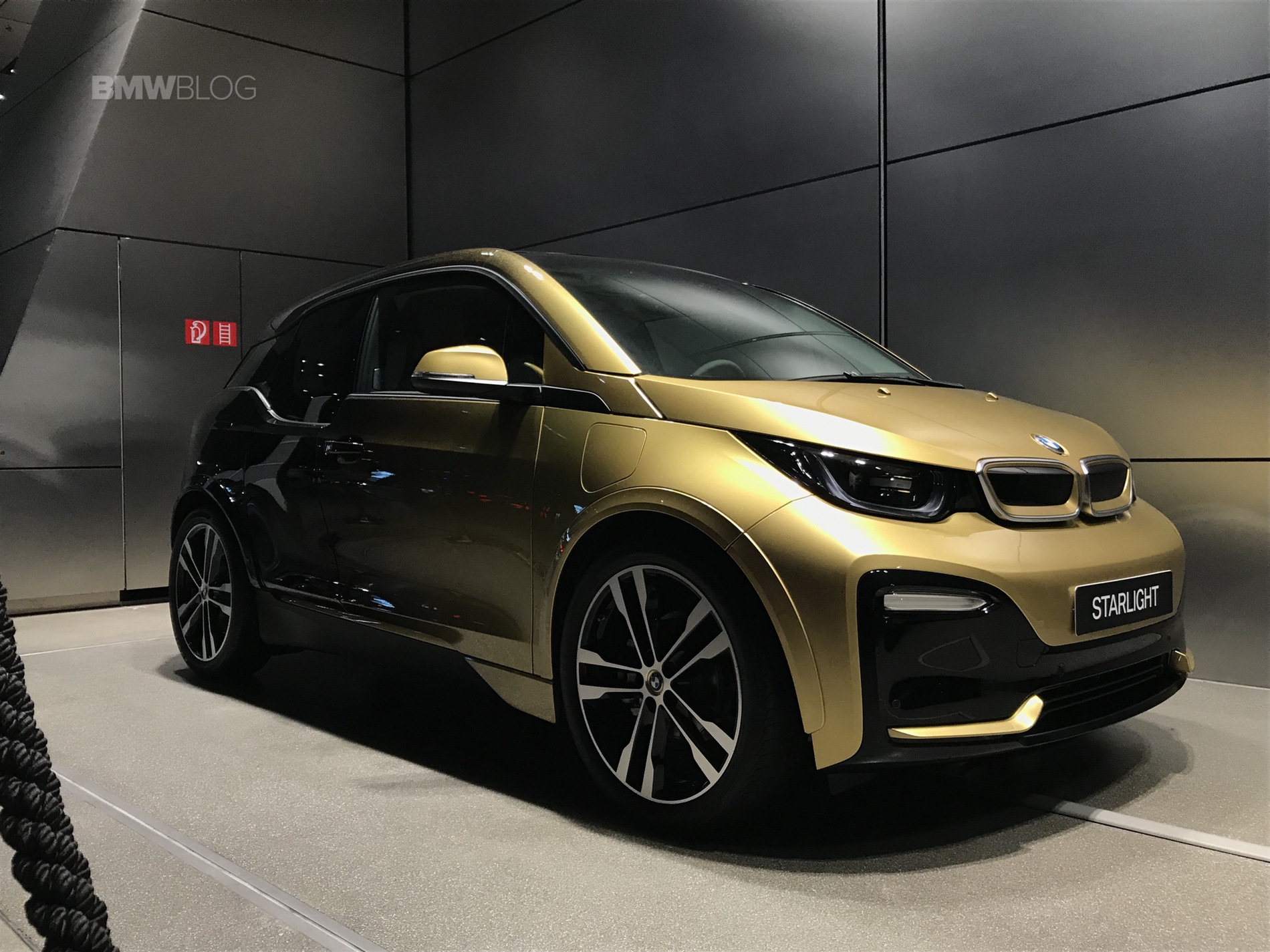 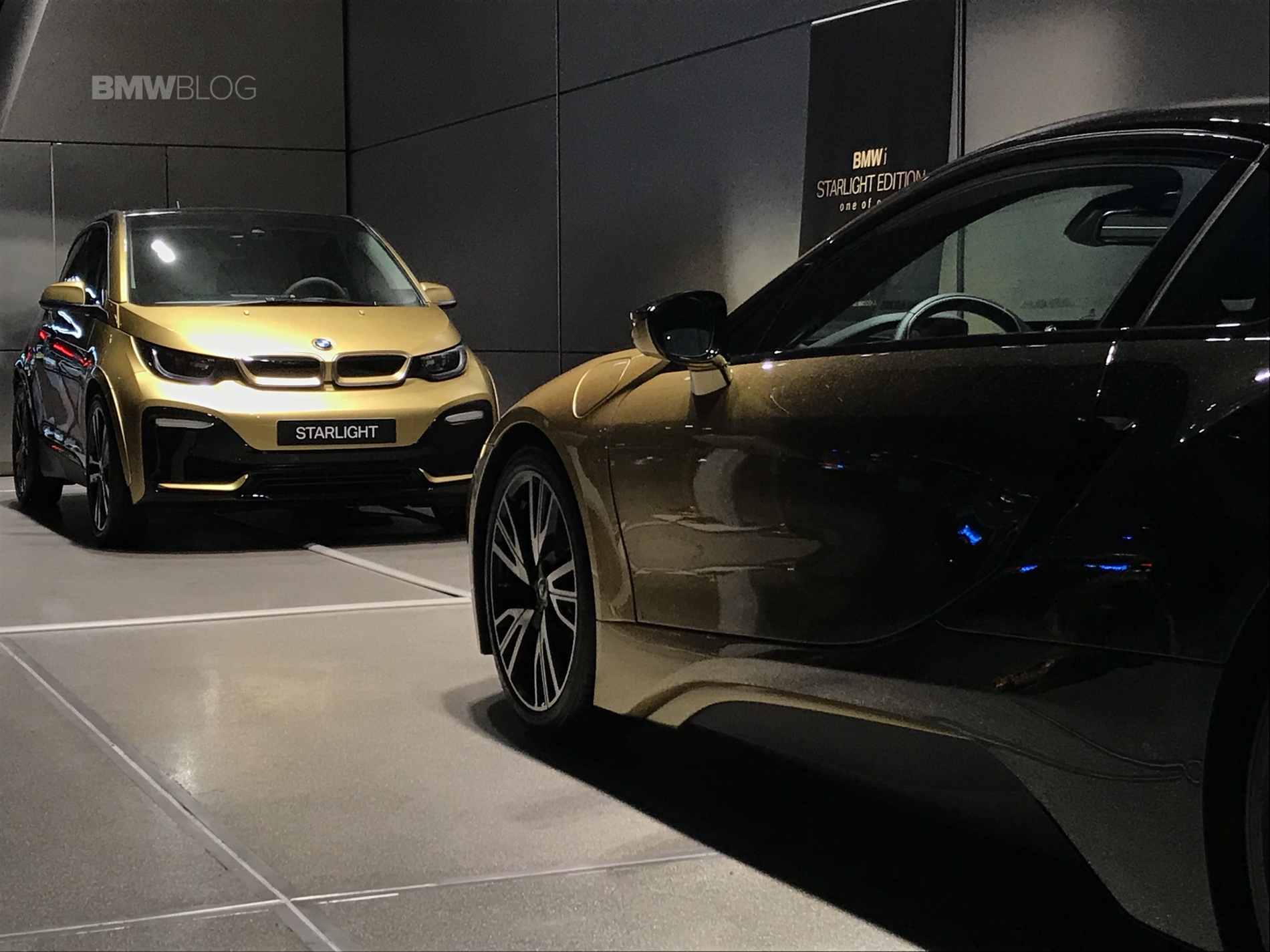 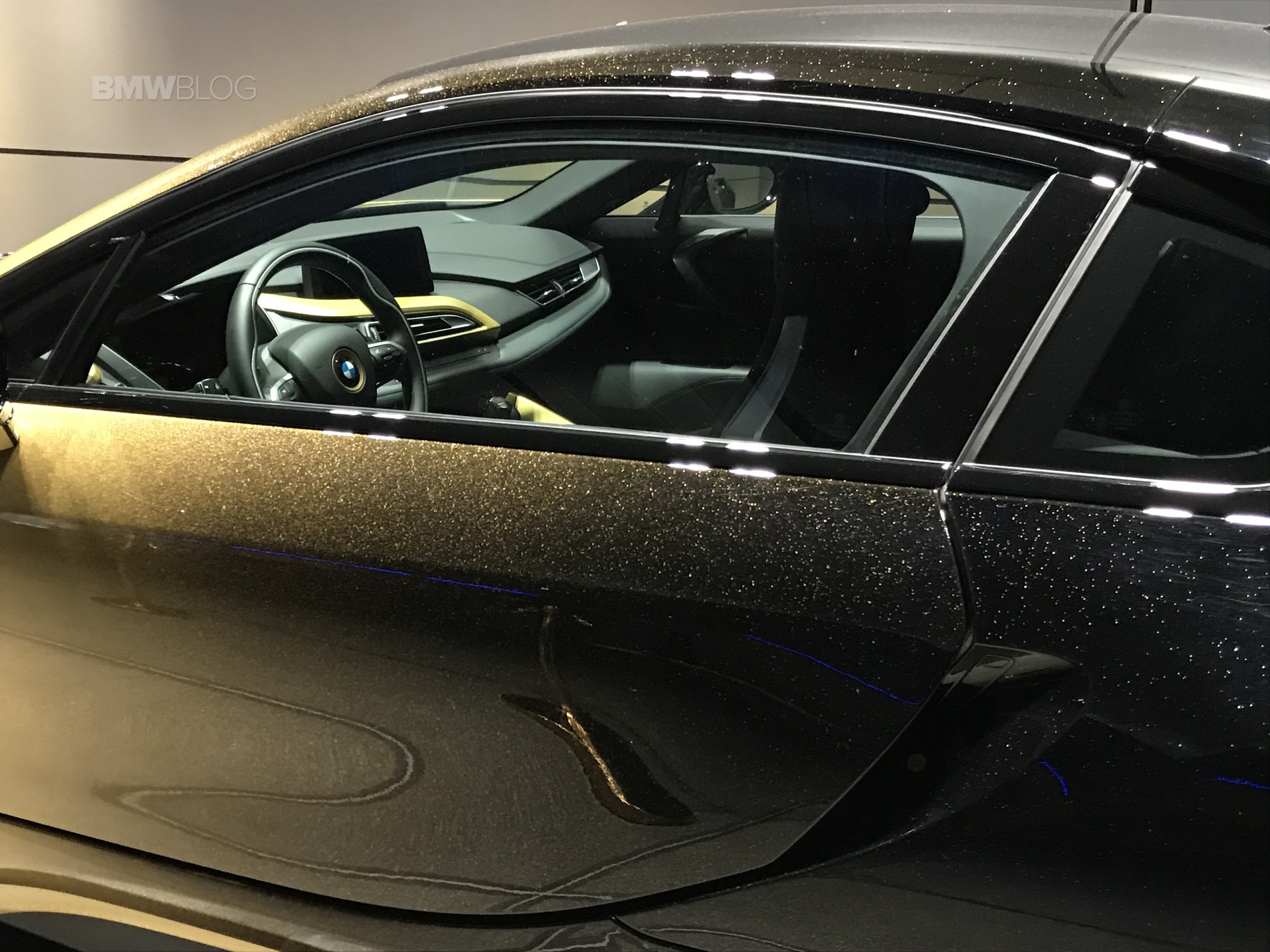 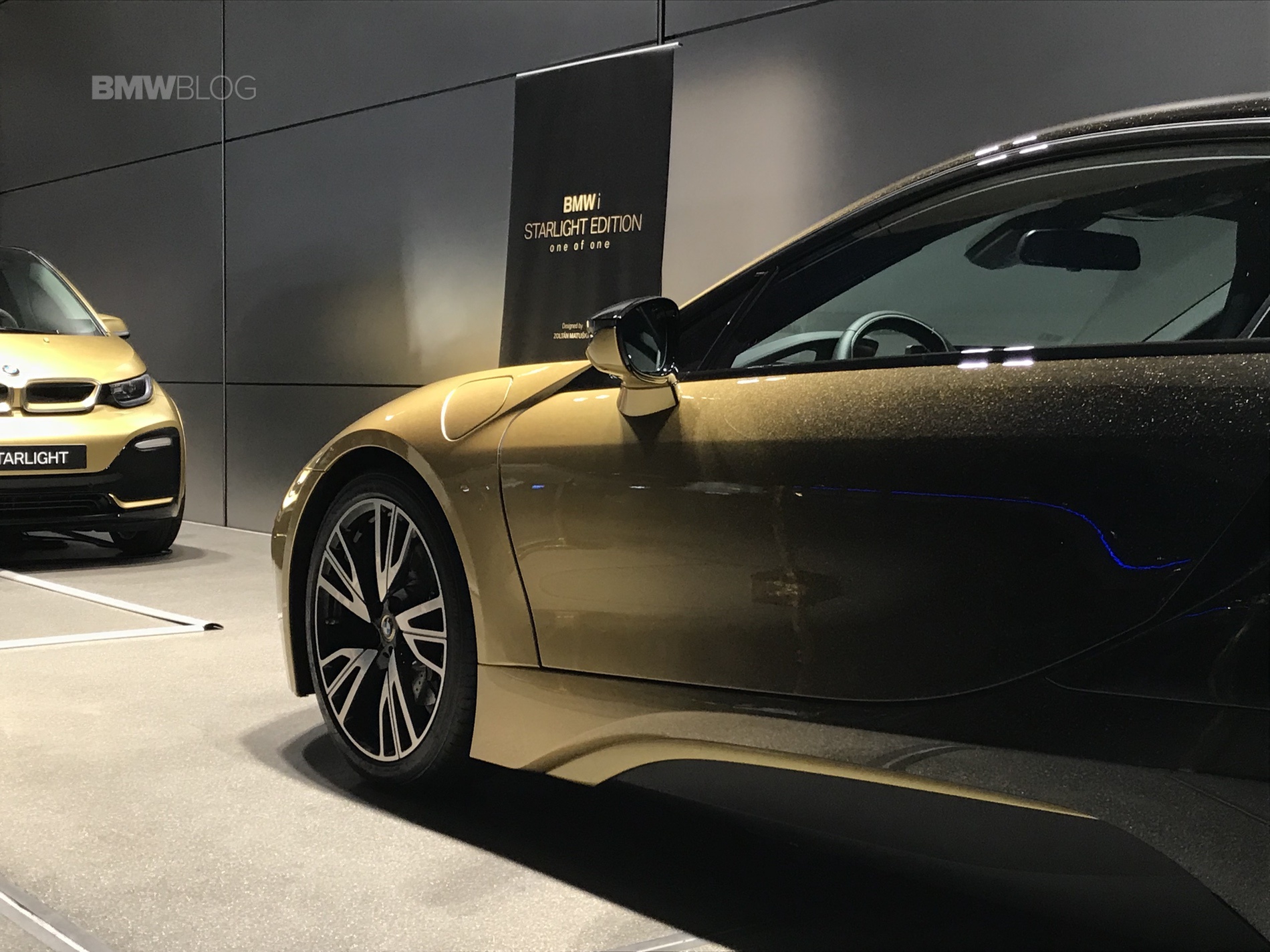 However, the rear part of both cars is kept in a deep, dark black color.

The golden ambience of the Starlight Edition is also featured behind the wheel. Selected interior elements, such as the center panel, the ventilation exhausts and the steering wheel logo are finished in gold paint. In addition, also the door sills use the special lettering “BMW i8 / i3S Starlight Edition One of One” to highlight the exclusiveness of both cars. 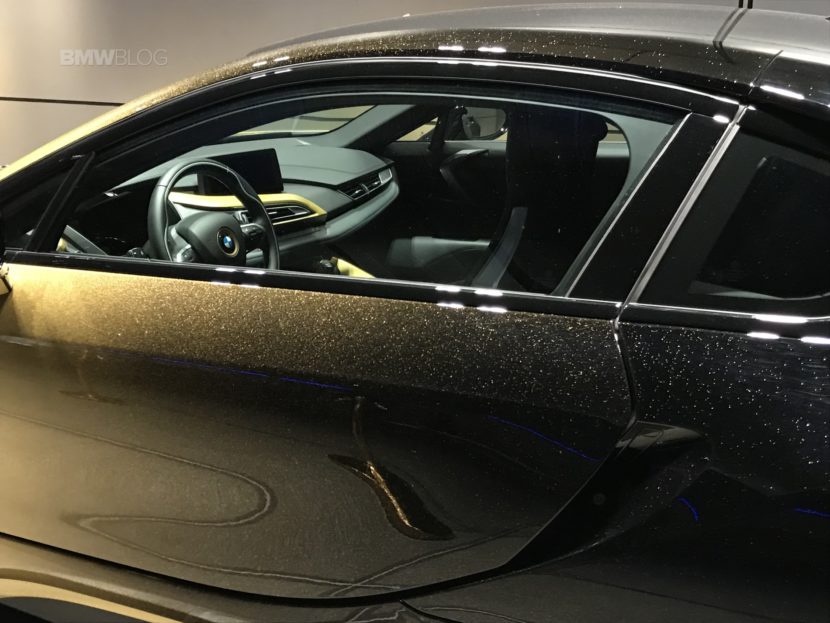 The BMW i3S and i8 Starlight Edition can only be bought together and will be auctioned at a charity event supporting the Dagmar and Václav Havel foundation VIZE97. The foundation was established in 1997 and supports social and medical projects around the world. Also initiatives to strengthen human rights are in focus of the Czech foundation.

Both cars are exhibited at the BMW Welt till the 03rdSeptember 2018. Make sure to have a look at these extraordinary and special cars if you are in Munich. 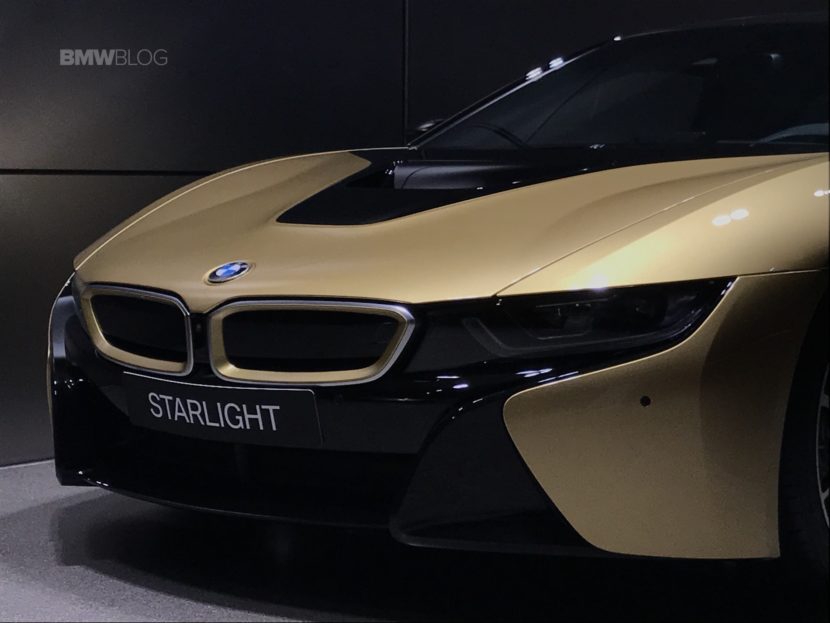