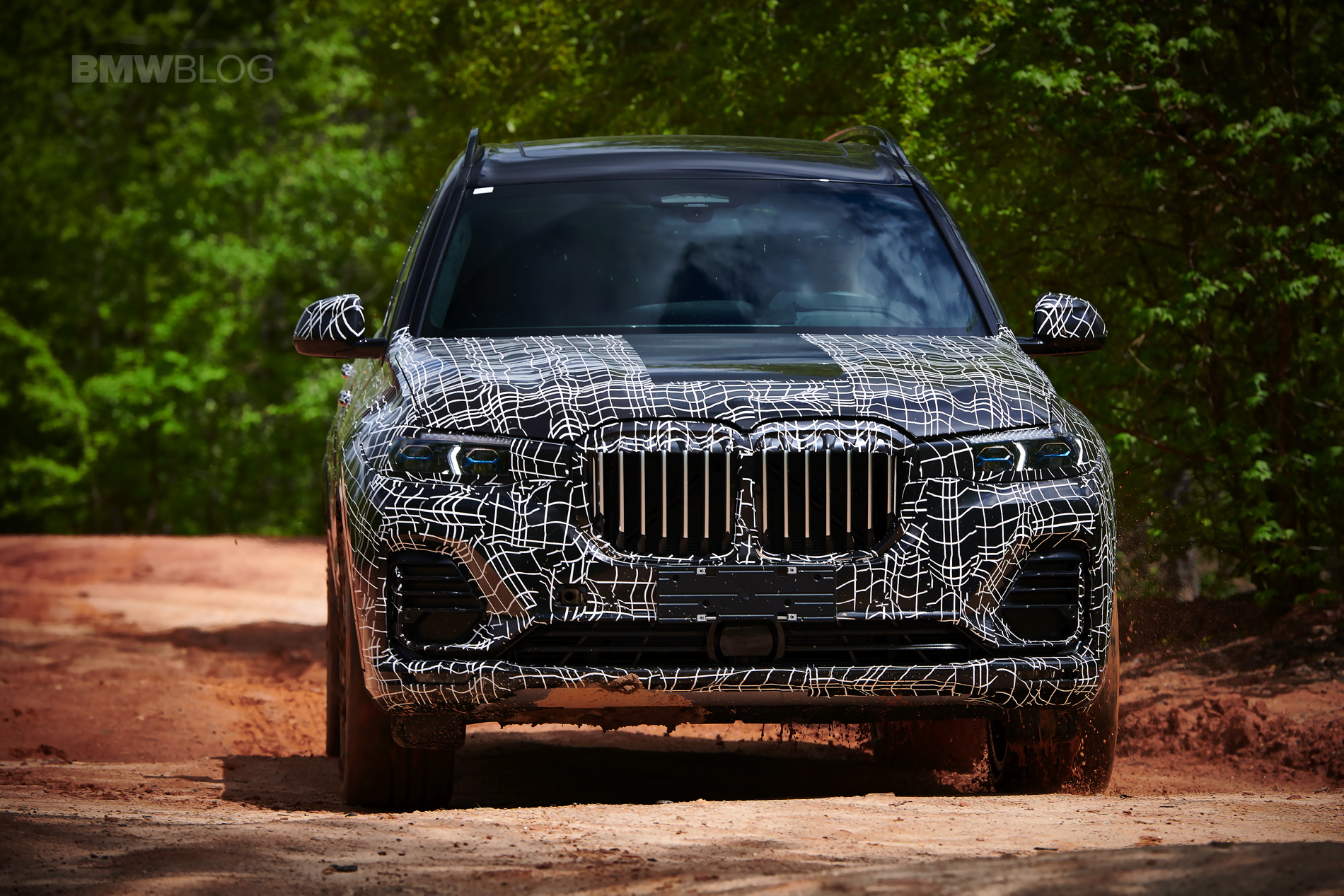 One of the most exciting cars in the Bavarian pipeline is the BMW X7. It’s the first ever car to wear the ‘X7’ badge and it’s simply the largest car BMW’s ever made. It’s also the most luxurious, thanks to its huge back seat and 7 Series-levels, or even higher, of technology and luxury. So we’re naturally very excited to see it in the flesh, officially, without camouflage. Until then, though, there are tons of spy photos to check out, including these, featuring an M Performance model of the X7 caught on a car carrier.

The BMW X7 sitting on the truck in these photos is clearly an M Performance model. We’ve heard that the M Performance variant of the X7 will be called the X7 M50i and we’re assuming that’s what this is. The tip-off for this car being an M50i is the silver mirror caps. Sure, its large wheels look sport and so do its quad exhaust pipes in rectangular tips. But those could just come from an M Sport package or something of the like. But the silver mirror caps are a dead giveaway for an M Performance car. 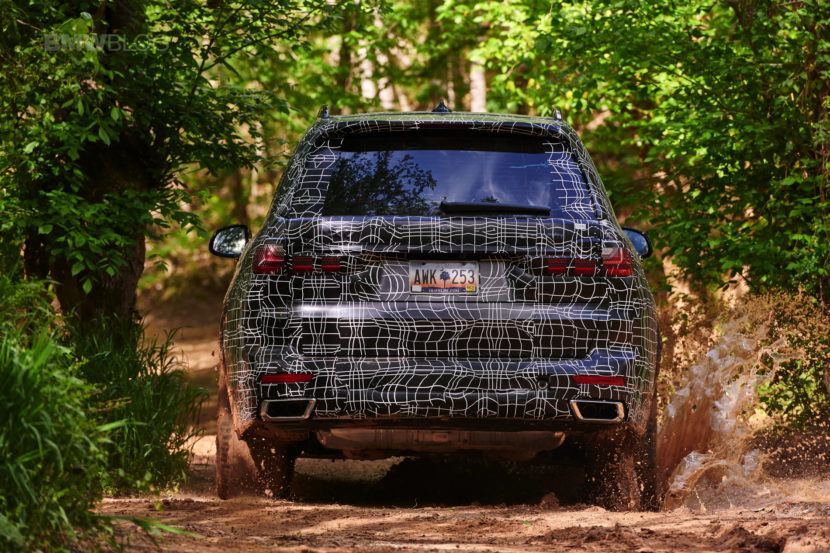 If that’s the case, here, it’s powered by a 4.4 liter twin-turbocharged V8, likely the same one used in the BMW M850i. That gives it 530 hp and 553 lb-ft of torque, which makes it more powerful than even the M550i. We don’t know any performance specs but it should be pretty quick, even for such a massive SUV.

This BMW X7 M50i will compete with cars like the Mercedes-AMG GLS63 and the supercharged Range Rover. Though, it’s not a full-on BMW M car, and we have no official word on if such a car will ever exist. So it’s not going to compete with cars like the Bentley Bentayga or Lamborghini Urus. Still, it will be fast and decently fun for such a large car.