TEST DRIVES: My day with Alfa Romeo and Maserati — Part One

Home » TEST DRIVES: My day with Alfa Romeo and Maserati — Part One 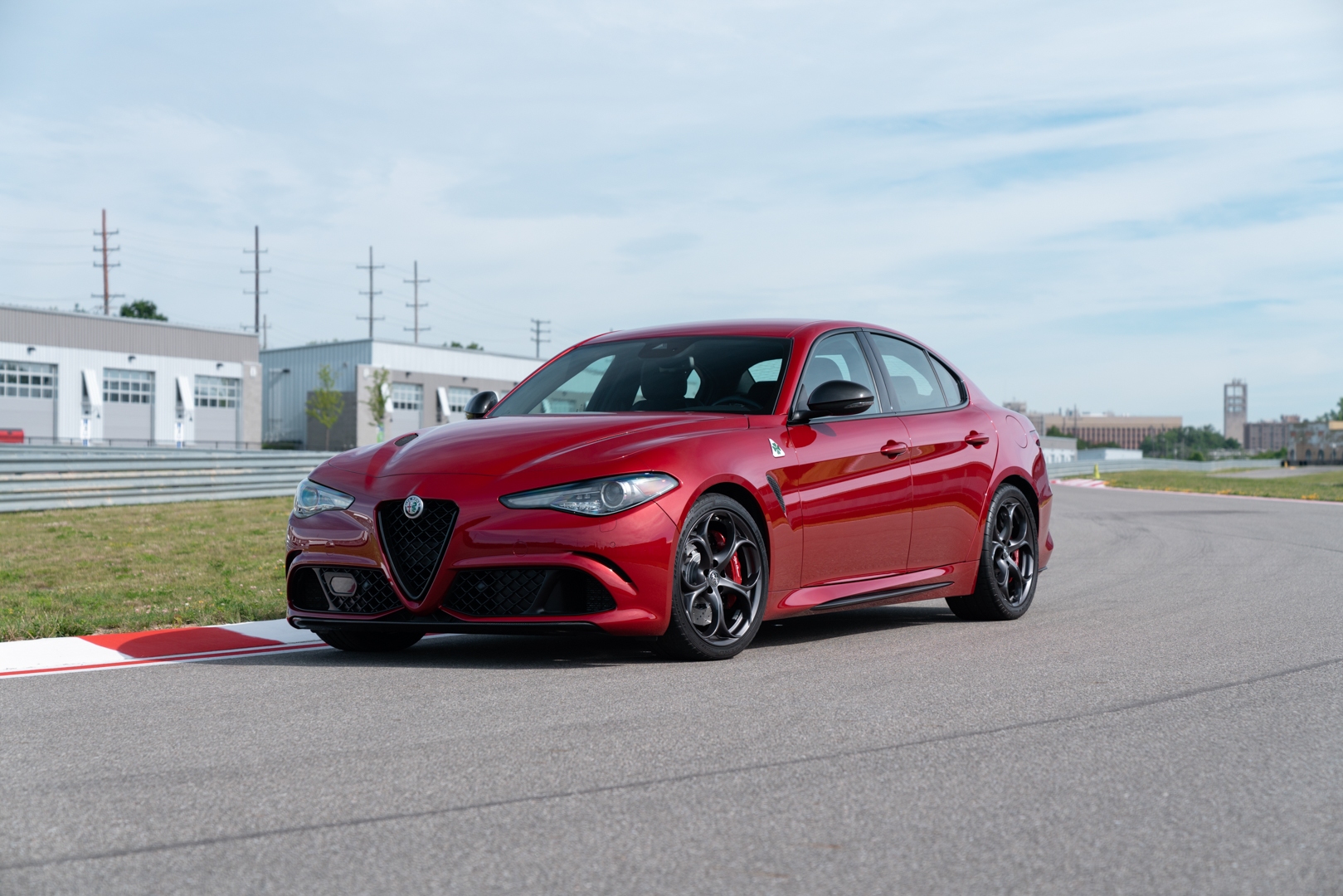 A few months back, I tested the Alfa Romeo Stevlio, the brand’s first-ever SUV. I called it the “Leaning Tower of Alfa Romeo”, as it was as flawed as the famous Leaning Tower of Pisa but just as lovely and desirable. Before that, I tested the Alfa Romeo Giulia Quadrifoglio and, despite being critical of its many flaws, fell in love with it. So it’s clear that, even though we’re BMW enthusiasts, we have great admiration for the Bavarians’ Italian rivals. Which is why they decided to fly me all the way to Michigan to to test every car the brand currently has to offer. That invitation got even better when they said I would also be testing every car Maserati currently has to offer. So an entire day with Alfa Romeo and Maserati? What could possibly go wrong?

For me, quite a lot. Due to flight complications (which were on my end and I seriously thank Alfa/Maserati’s PR teams for being incredibly helpful and accommodating) and several long layovers, I didn’t end up landing in Michigan until 3:00 AM and didn’t reach my hotel until 3:30 AM. That wouldn’t normally be a problem except that we were leaving the hotel for the FCA’s proving ground at 6:30 AM. And because I simply cannot sleep on planes, I was exhausted but had to be awake in three hours. My alarm woke me at 6:00 AM and after a quick shower, a cup of coffee and a complimentary granola bar of some kind (most of that morning is shrouded in a fog of exhausted mystery), I was ready to go. 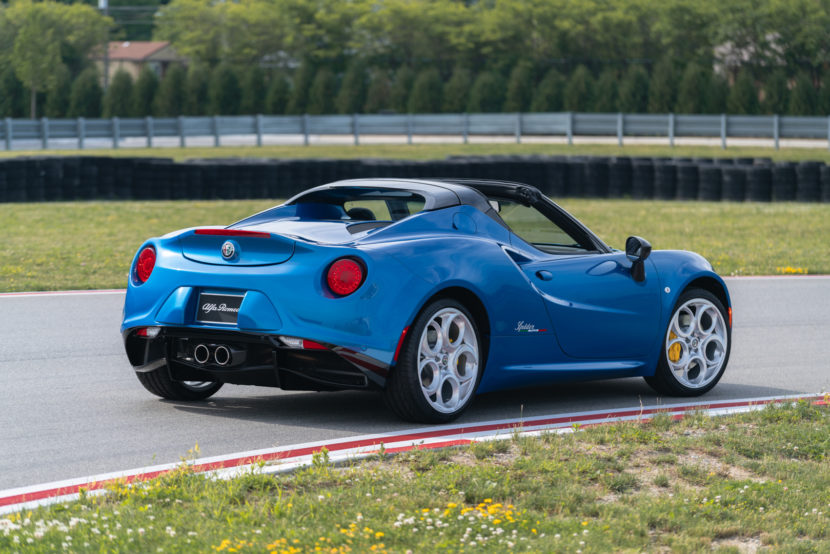 Admittedly, the prospect of driving high-strung Italian cars in anger on a race track woke me up more than the coffee. Having driven both the Giulia and Stelvio on the road, I was anxious to see what they were like on the track. The Giulia Quadrifoglio is one of my absolute favorite cars on sale and I couldn’t wait to unleash all 505 of its rampaging Italian horses on track.

When we arrived at the event, the weather couldn’t have been worse; lashing rain, dark grey skies and temperatures too low for sticky Pirelli P Zero summer tires. However, before we headed out onto the track, we were greeted by a lovely breakfast in a large tent, divided into two sides. Bisected down the middle, the left side was a Maserati side, adorned in dark blue and white accents, and the right was the Alfa Romeo side, colored in its classic red, white and green combo. It didn’t matter which side we sat at but I chose the Alfa side because that’s who invited me along. After a great breakfast and a wonderful cappuccino, which was ironically cocoa dusted with the Maserati logo and not Alfa’s despite my sitting on its side, it was time for a drive. 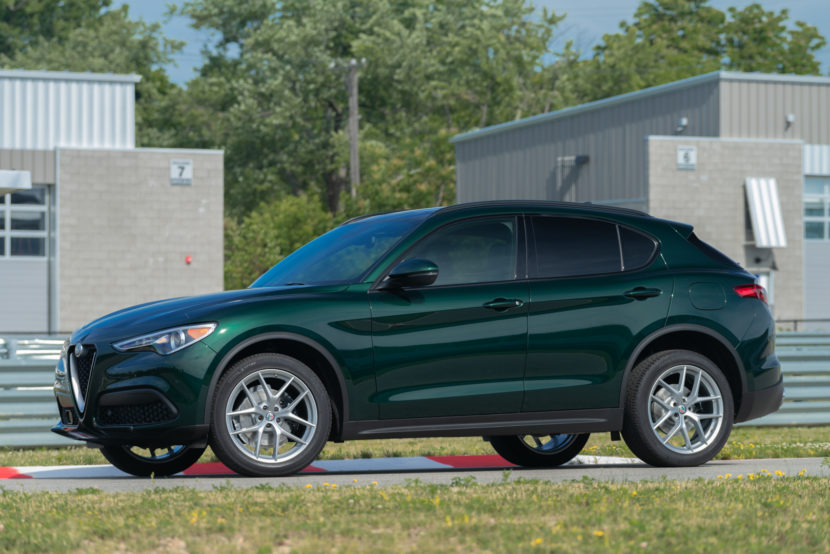 My first drive of the day was on the road in a Maserati Ghibli, though I can’t talk about that just yet, as Maserati info is still under embargo. Following that brief drive, we were gathered back into the tent for a chat from Tim Kuniskis, global head of Alfa Romeo and Maserati, who spoke about each brand’s heritage and vision for the future. He passionately spoke about how Alfa Romeo is going to be bringing back two iconic names, the GTV and the 8C, both of which we’ve spoken about before. He also announced that we’d be the first members of the press to see a special all-new Maserati vehicle that day and not only see it but drive it as well (that’s still under embargo also but a special review is coming soon). After that excitement, and a couple of cans of ice-cold flavored Pellegrino, I headed back out to test some cars.

It was a pretty free-form event, where we were able to walk to different stations and take part in different activities at our own leisure. So what was the first thing I did? I walked straight to the track and put my name down for the Alfa Romeo Giulia Quadrifoglio, of course. After some waiting, I grabbed my head sock and helmet and hit the track in the car I remembered so fondly. Upon entering, one thing immediately stuck out — the interior of the Giulia is as low-rent as I remember. It really is a shame that such a stunning looking car, and one that’s so expensive, feels so cheap on the inside. Seriously, most Hyundais have better interior build quality. A Camry feels like a Range Rover by comparison. Having said that, the steering wheel is near perfect and the giant aluminum paddle shifters beckon to be worked. The seating position is also perfect and the pedals are spaced well. So Alfa nailed the driving ergonomics, it just needs to work on the rest of the cabin. FCA should give Alfa a bigger budget. 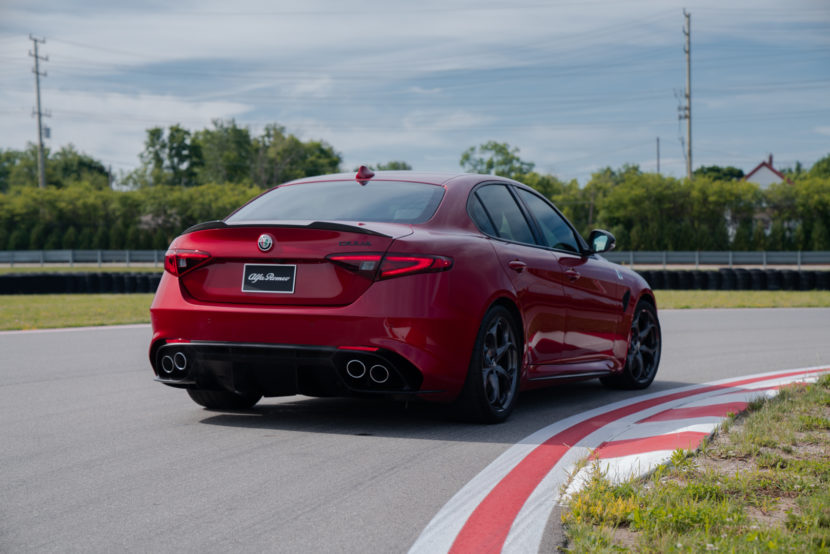 Stuff all that, though, it was time to drive. The 2.9 liter, 505 hp, twin-turbocharged V6 was burbling with anticipation as I awaited our lead/follow instructor’s orders to head out onto the track. Once on the move, all of those interior complaints I had were left at the start line and I was instantly reminded of why I loved the car so much. Its Ferrari-derived V6 is a masterpiece. I don’t wanna hear any guff from BMW that the next M3 needs water-injection or electrification to make adequate power. The Giulia Quadrifolgio’s 2.9 liter twin-turbo V6 makes so much explosive power and it’s so buttery smooth that you’d think it was a twin-turbo V8. Oh, and it makes a sensational noise at full chat. All without any of that absurd or overly complicated tech we’re hearing rumors about for the next M3.

It’s not just all engine and no moves, though. The Alfa Romeo Giulia Quadrifoglio is the best driving car in its class, full stop. Its steering is absolutely lovely, with delicate weighting but razor-sharp precision and super fast reactions. And its chassis balance is so sweet and playful, yet incredibly confidence-inspiring, that I was able to push it as hard as my courage would allow me in the lashing rain and have some genuine fun. I would never try that in an M3, despite it being a great car, because I wouldn’t trust it as much. The Alfa talks to you, it communicates what its doing with such nuanced feedback that you always know exactly what it’s doing and how it will respond. It’s lovely. We weren’t allowed to put the Alfas in ‘Race’ mode, as that would disable traction control, but I had it in its ‘Dynamic’ mode and that allowed me to slide a bit on corner exit and not kill myself. I was having a blast and didn’t want it to end. 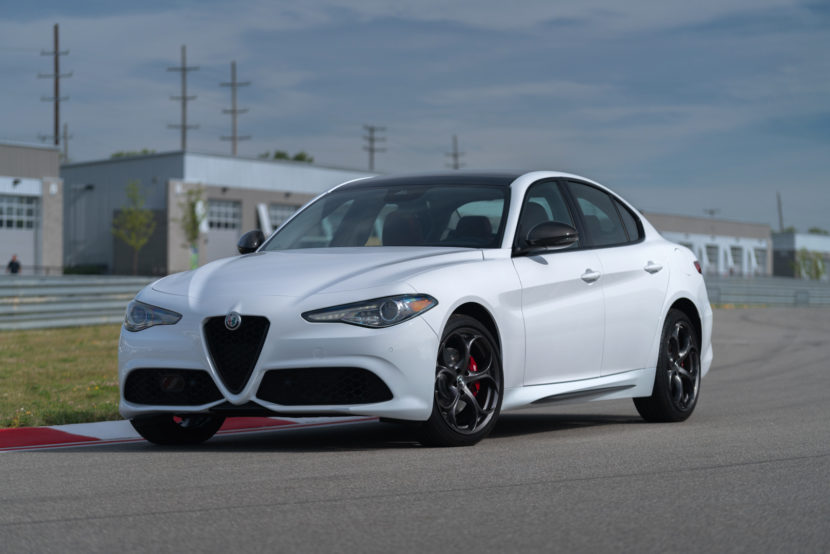 Unfortunately, that’s where this part does end. While I wanted to drive the Stelvio Quadrifoglio on track and the 4C on an autocross course, I had to forgo those opportunities to drive the aforementioned all-new Maserati, as not many journalists had the chance and I wasn’t going to pass up that exclusive. So I had to wait my turn for awhile and that meant not driving any other Alfas for the rest of the day. However, part two of this trip will have some exciting and interesting drives. Stay tuned. 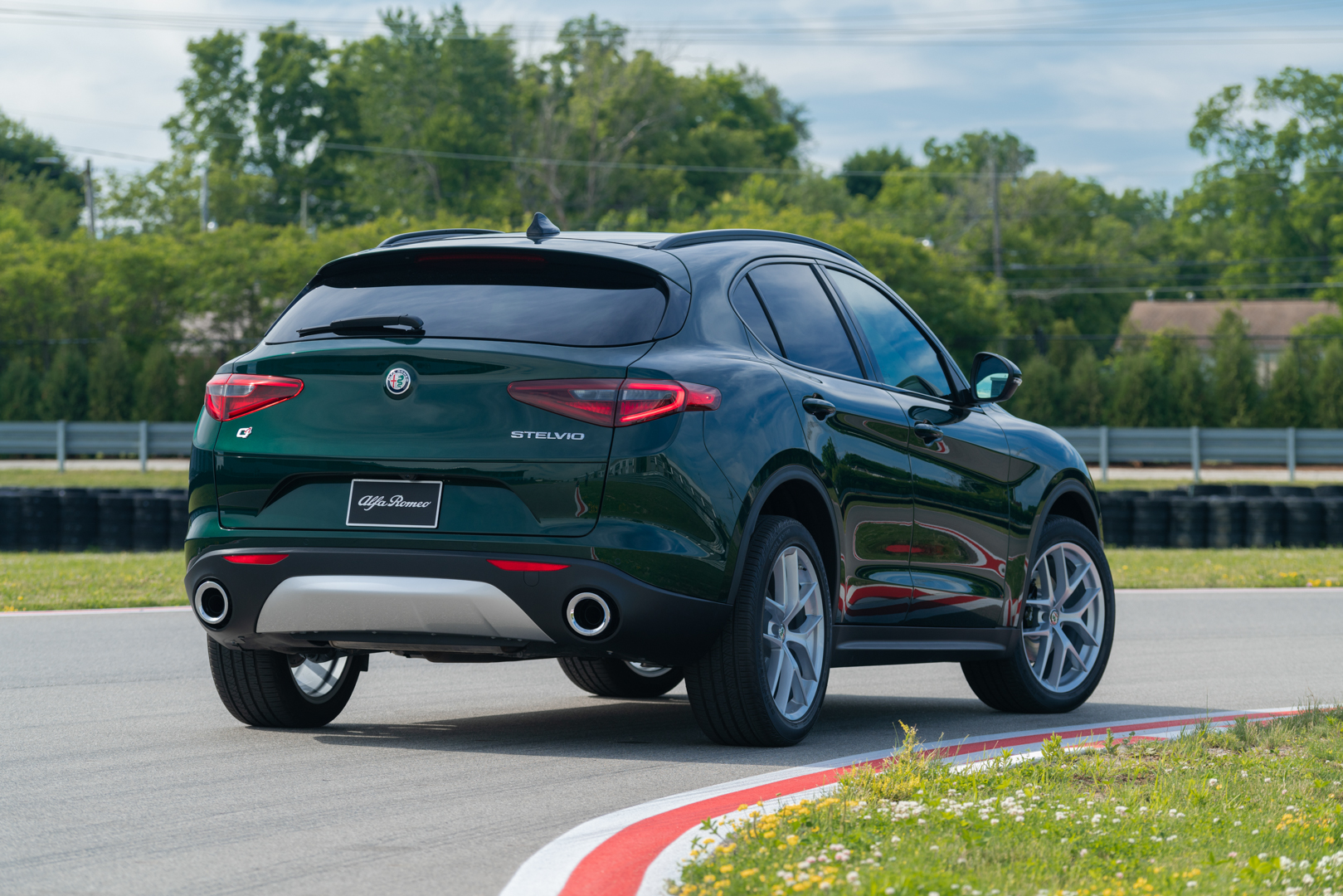 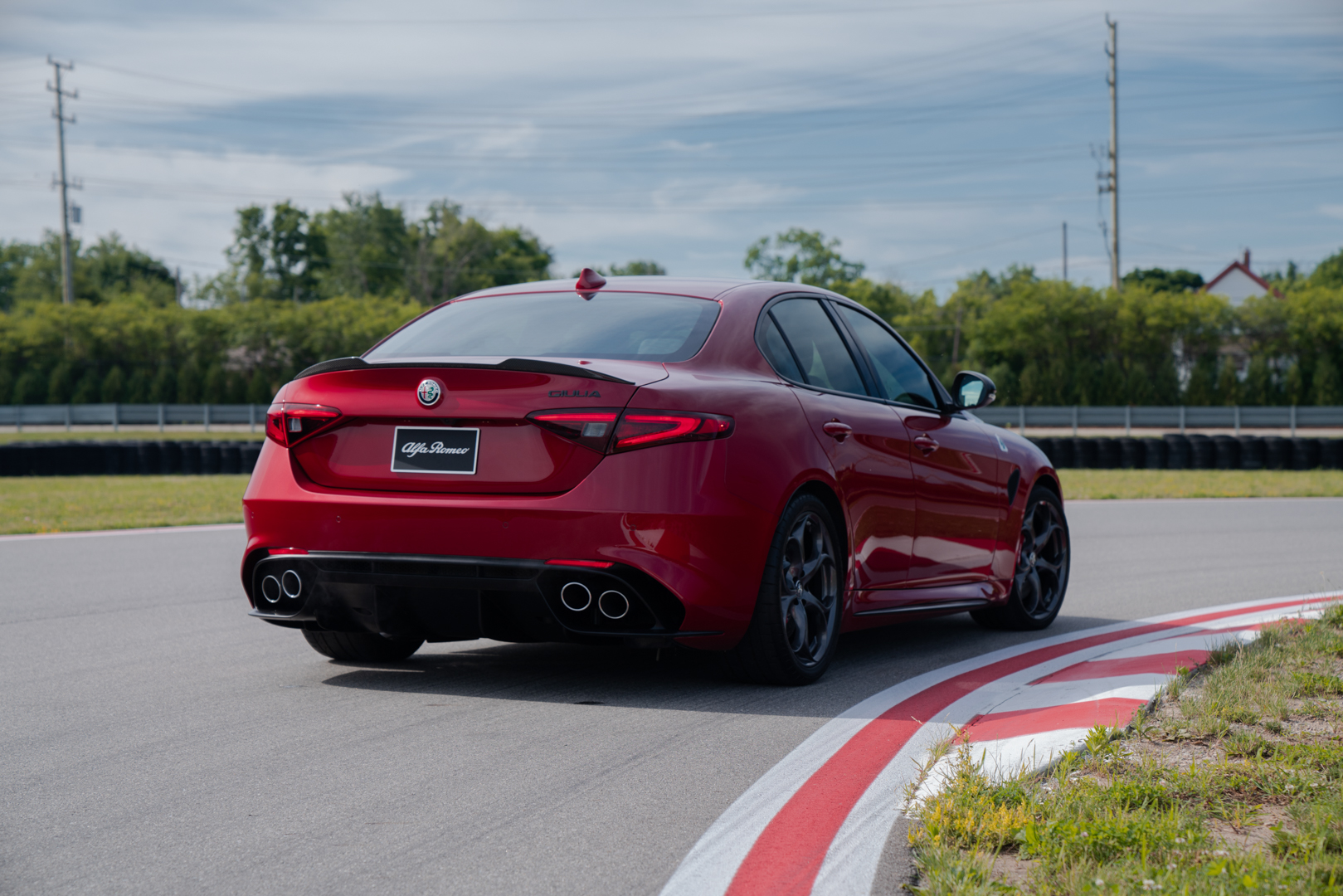 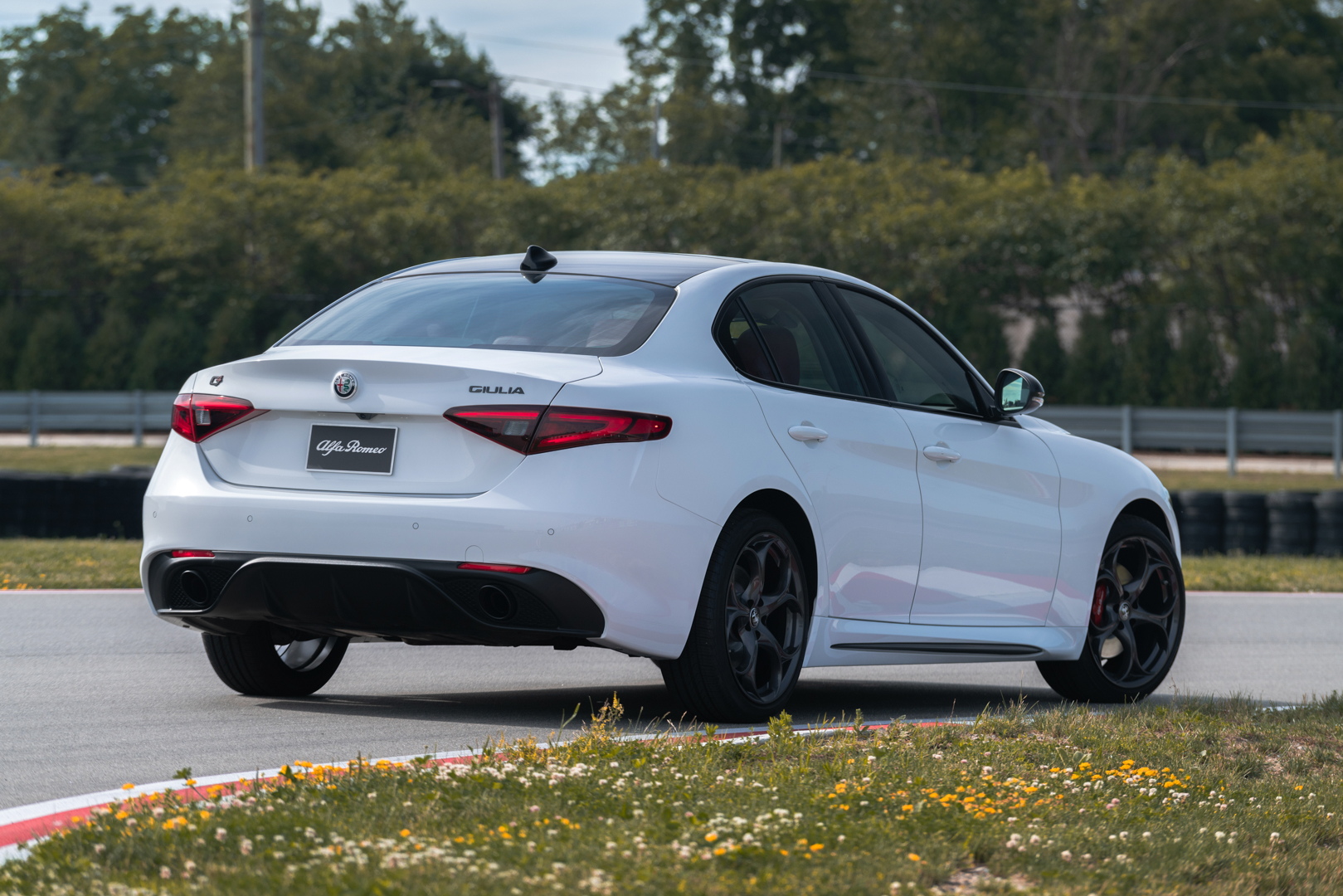 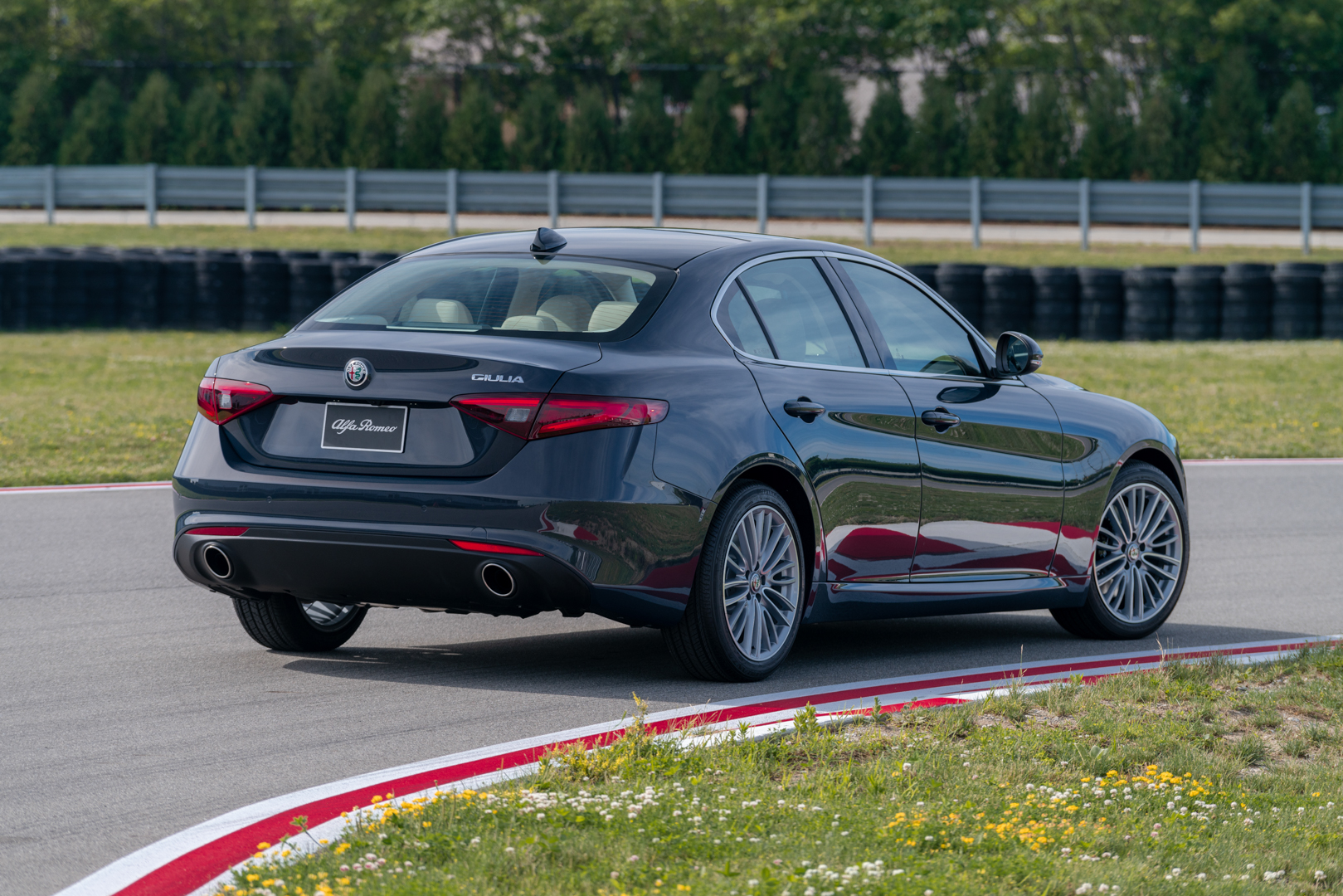 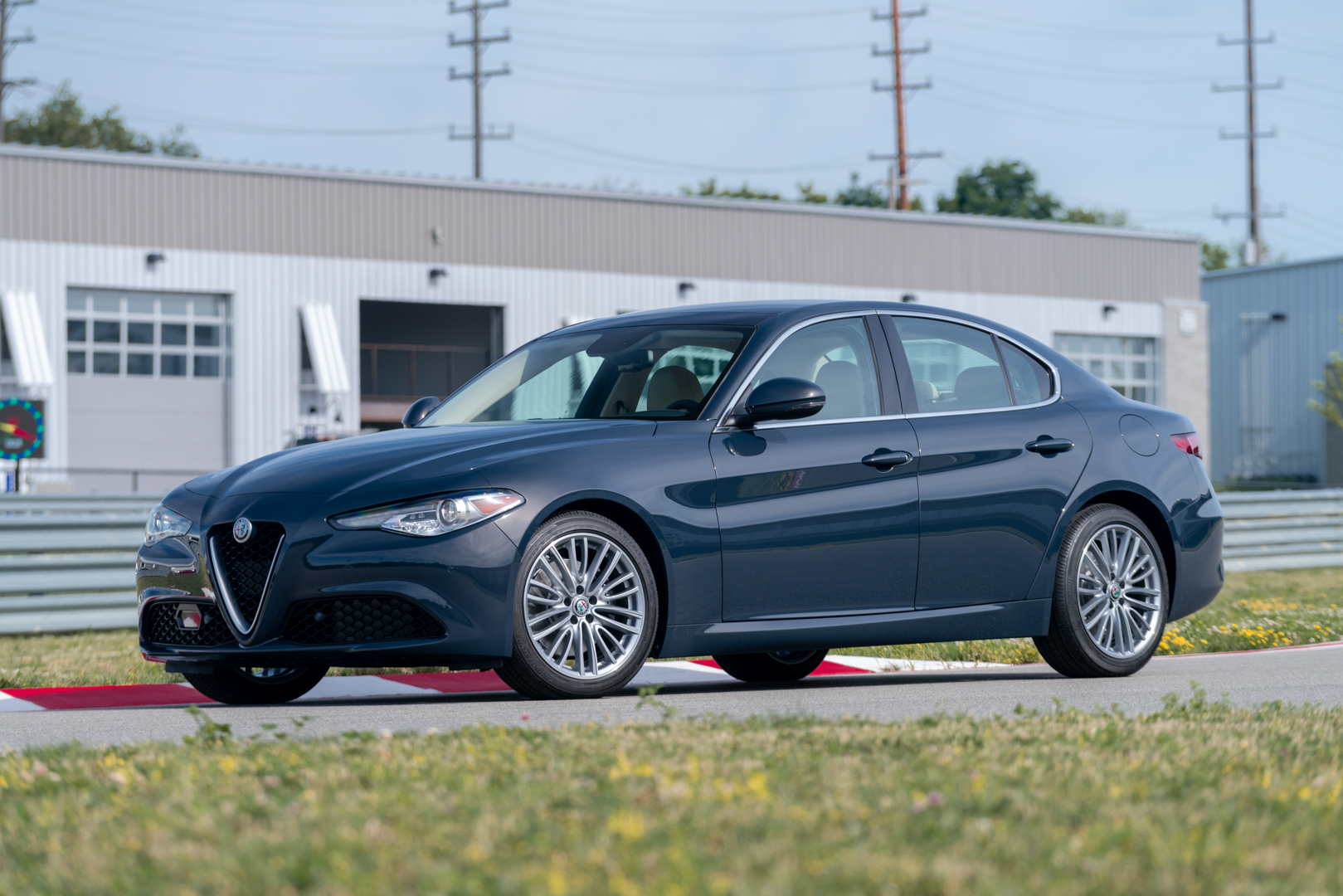 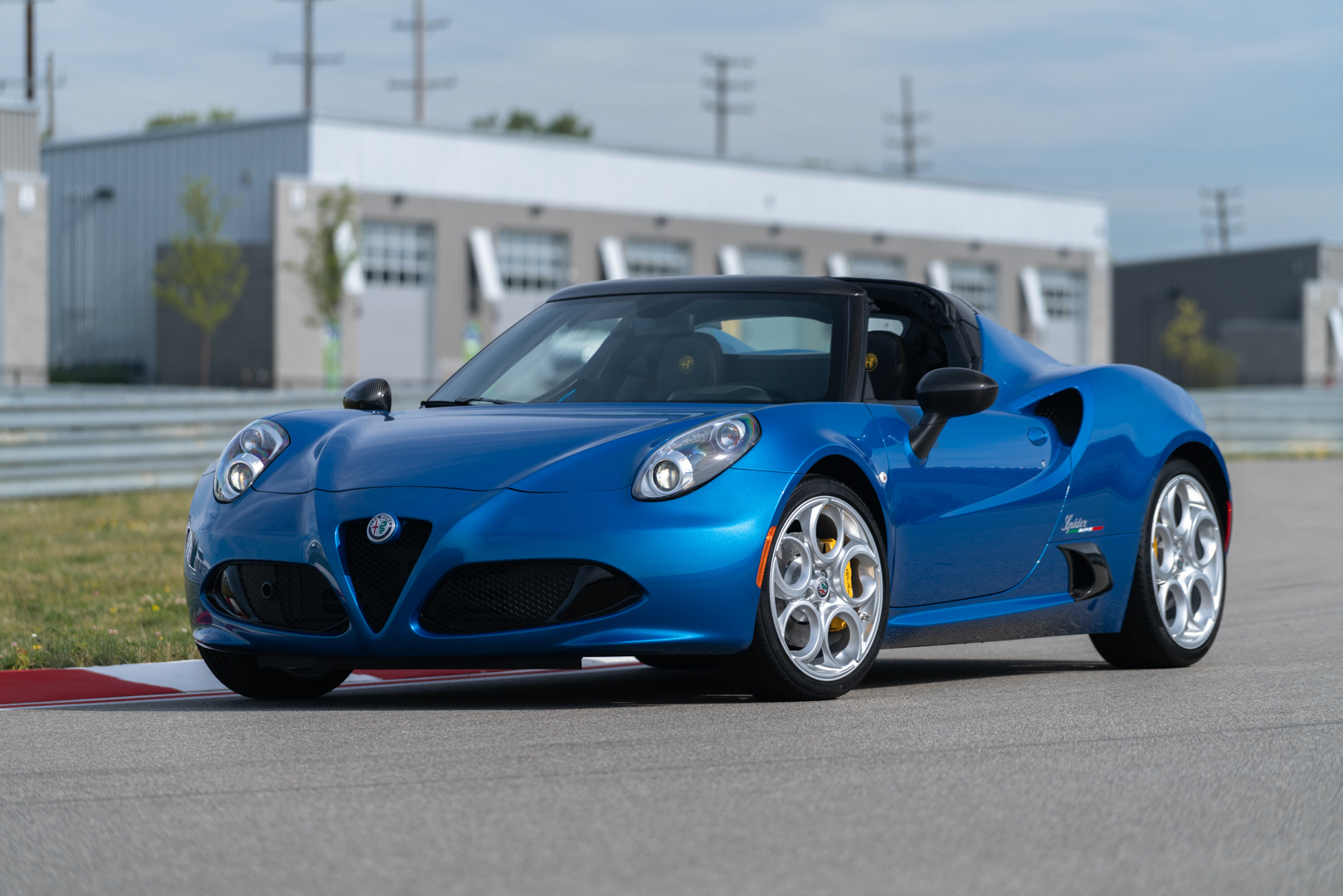 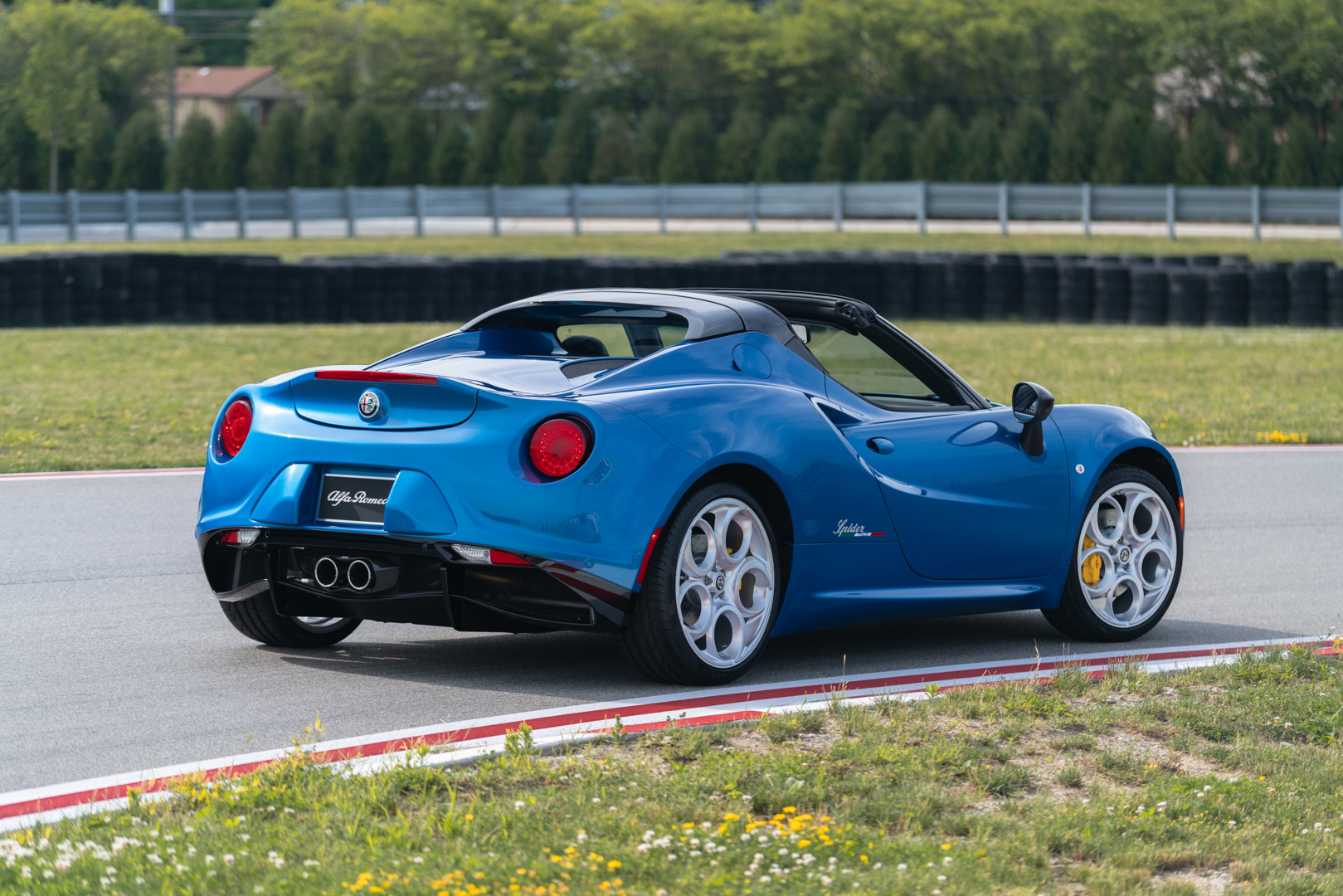