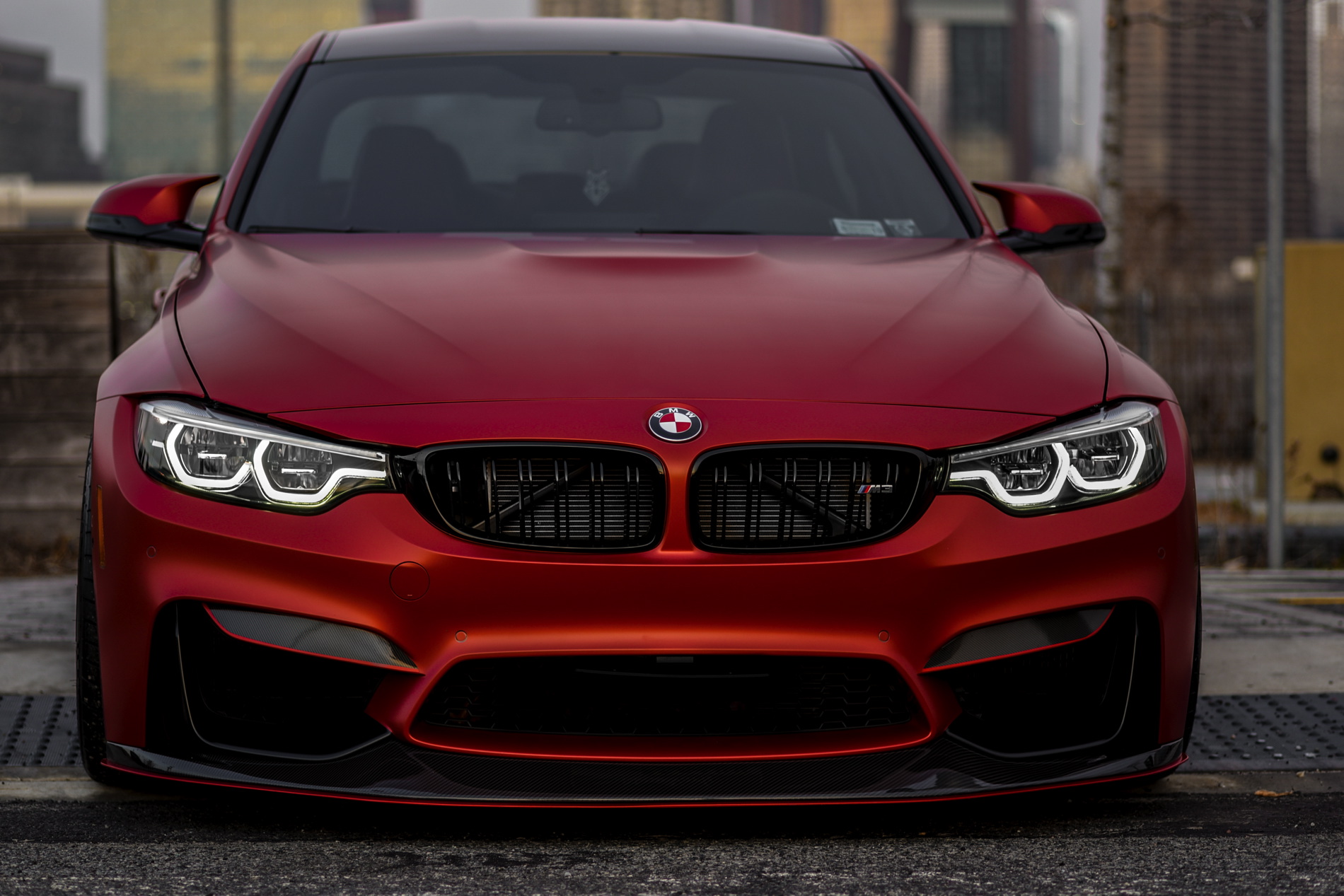 Arguably one of the most tuned BMWs today is the F80 M3 Sedan. Along with the F82 M4 Coupe, the four-door sports sedan has been a darling of the tuning industry for quite some of time now, so it comes as no surprise that a new project featuring the M3 has come to life.

Courtesy of Carbon Fiber & Co, this 2018 BMW F80 M3 not only gets an exciting color – the Sakhir Orange – but also a series of visual and performance upgrades. Firstly, the M3 comes from the factory with the Competition Package, one of the most important upgrades one could get from the factory.

Next, this M3 features an RSC Tuning Carbon Fiber Front Lip and Adjustable Splitter. Along with the carbon fiber trunk lip – also painted in Sakhir Orange – these aero parts not only enhance the looks of the M3, but also its aerodynamic performance. Since we’re on the topic of the beautiful orange paint, the folks at Carbon Fiber & Co has used the Full Xpel Stealth protection film to transform glossy paint into a sleek satin finish, for thousands less than a custom paint shop would charge for a high-end matte finish.

Since no M3 project can come to life without a set of special custom wheels, the tuning company reached out in the inventory of HRE Wheels to bring to this build a set of the HRE R101 wheels, painted in a beautiful gold color. The wheels are wrapped in the Michelin Cup 2 tires which will ensure plenty of grip on and off the track.

But the visual upgrades are just half the story, with performance upgrades being just as important. Under the hood, the 3.0 liter six-cylinder turbo engine gets a power upgrade to 580 who thanks to a Gintanti supercharger. Paired with the new power upgrade is an Eventuri Carbon Fiber Air Intake Kit and a full AWE Switch Path Exhaust which ensures a clean, non-raspy sound from the S55 engine.

To put it all together, the tuning company arranged for a unique photoshoot that highlights the devilish character of this M3.