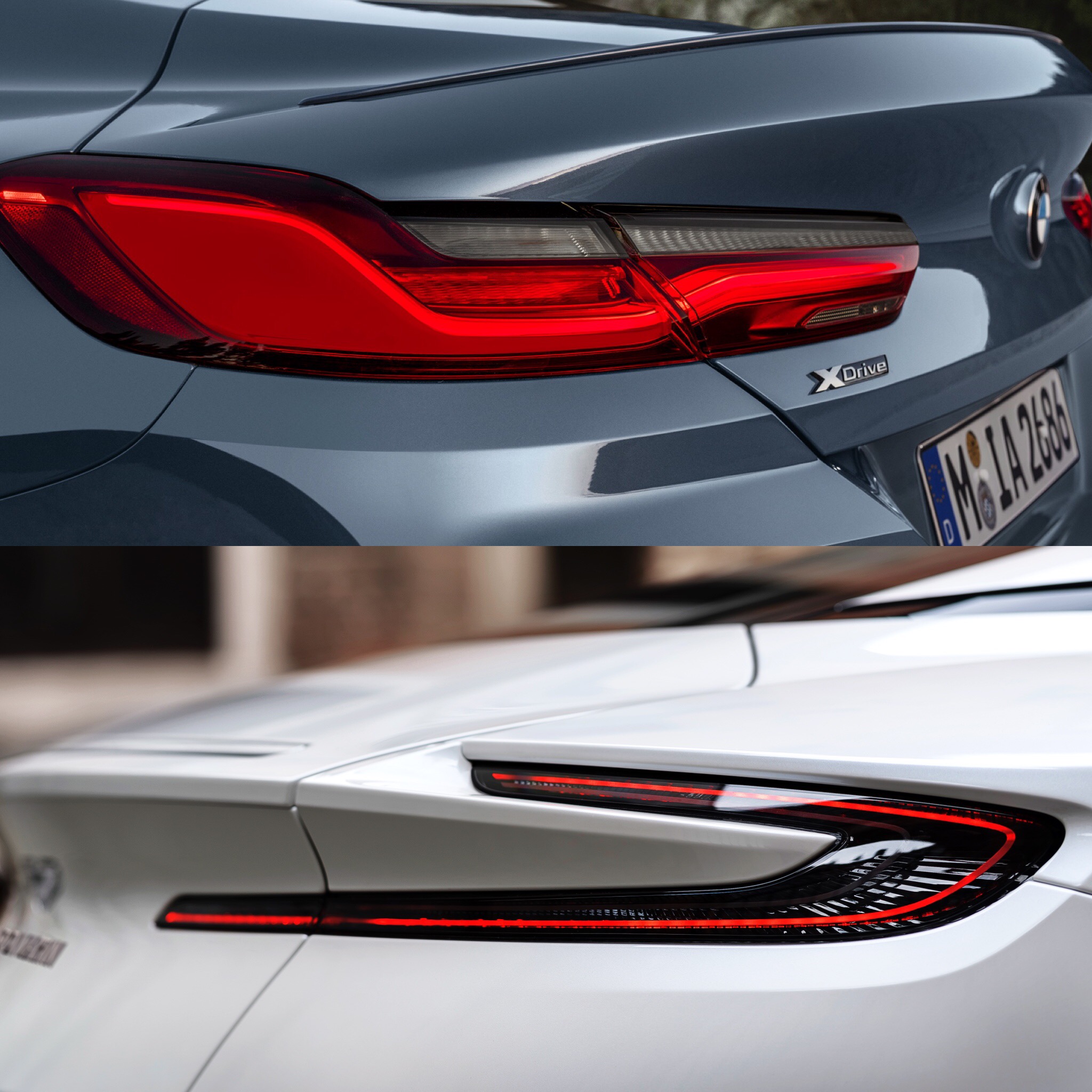 Okay, so this is a bit of an extreme comparison. No Aston Martin customers are going to cross-shop the BMW 8 Series. Not that the 8er is an inferior product but because the Aston Martin badge is a lot more prestigious than a blue and white roundel. However, since seeing the 8 Series Concept and then the production car, we’ve felt that it looked more like a “BMW by Aston Martin” than a traditional Bimmer. It’s low, sleek, relatively short and wide, like a proper sport GT car. It’s also almost as pretty as the Aston Martin DB11, maybe even prettier in some respects. So we thought it’d be fun to compare the two.

When you actually look at the two back-to-back, it’s actually not as blasphemous a comparison as many might think. The BMW 8 Series is the prettiest, most exotic looking BMW in a very long time. And it genuinely can stack up with one of the best looking GT cars on the planet.

From the front, there’s no question that the DB11 is prettier but the 8 Series is no slouch. It’s still a very pretty car and its headlights are very attractive. Though, the Aston still sports the better looking mug. Plus, that Aston Martin winged badge adds some gravitas.

In profile, the two cars are far closer than I actually previously thought and I was the one who advocated this comparison. In fact, I actually think there are aspects of the 8 Series that are prettier than the DB11. For instance, the rear haunches of the 8er are positively seductive, while the floating C-pillar of the Aston sort of hides it.From the back, the 8 Series has pretty taillights but they seem chunky compared to the slinky-thin and genuinely sexy taillights.

On the inside, the 8 Series looks good and is the more functional, ergonomic of the two. The Aston might look a bit more expensive and more premium but the 8 Series looks like the car I’d rather sit in, actually. The Aston is probably awesome for a few minutes but after having to deal with its odd ergonomics for awhile, I’d miss the BMW’s smarter layout and better tech.

As a whole, I’d still probably take the Aston because, well, it’s an Aston Martin. However, the BMW 8 Series is no joke and it can certainly hang with the Aston Martin.