At the moment, there’s only one powertrain setup for the Tesla Model 3 sedan. A single electric motor drives the rear wheels with 258 horsepower and 317 ft-lb of torque. That makes the Model 3 good for 0-60 mph in around 5.6 seconds, which is perfectly on par with the BMW 330i. However, Tesla CEO Elon Musk has just announced that a dual-motor Model 3 will be debuting in July and there will be two versions, a standard and a “Performance”.

We already know quite a bit about Teslas and its Performance Dual Motor Cars. The Tesla Model S P100D is the fastest accelerating sedan of all time. So we know they can be quick. This new Tesla Model 3 Performance Dual Motor is supposed to be able to clock 60 mph in just 3.5 seconds, which is faster than the BMW M3 Competition Package. Musk also claims that it will cost M3 Comp Pack money, around $78,000.

Now, we know that it’s a bit of a stretch to compare the two but Musk is insistent that the Model 3 is a 3 Series competitor. So it only stands to reason that the fastest Model 3 would rival the fastest 3 Series. 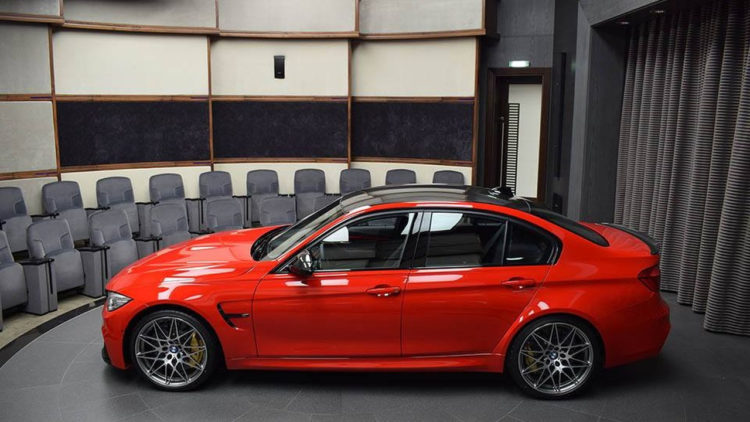 So can this dual-motor Model 3 really be an M3 competitor? In a straight line, it will torch the M3. All of its electric torque going to all four wheels will probably deny the M3 a chance in hell to keep up. The BMW M3 is not known for its clean launches and, even with its quick-shifting dual-clutch gearbox, can only really get to 60 mph in 3.8-ish seconds with perfect conditions. The Performance Dual Motor Model 3 will likely be able to nail its claimed 60 mph time with ease and do so repeatedly. Until the battery runs flat, of course.

However, where things get interesting is in the twisty bits. The Tesla Model 3 is said to be surprisingly nimble and agile, being more of a sport sedan than many people had anticipated. Having said that, it’s still not as chuckable or dynamic as a 3 Series, Alfa Romoe Giulia or Jaguar XE. So it’s doubtful that with the extra driven axle, the Model 3 will suddenly become a hardcore performance sedan. It will be fast, no doubt, but it won’t be the canyon carver that the M3 is.

It likely won’t fall on its face, though. With all of its weight in its belly, thanks to the batteries being built into the floor, the Model 3 has the center of gravity of an earthworm, so this performance model should handle relatively well. And for customers in that segment, that’s really all they need.

So will the extra fast Model 3 be an M3 competitor? In terms of straight line performance, it will be faster. But on a twisty bit of road, it might not be. So we’ll have to wait and see.