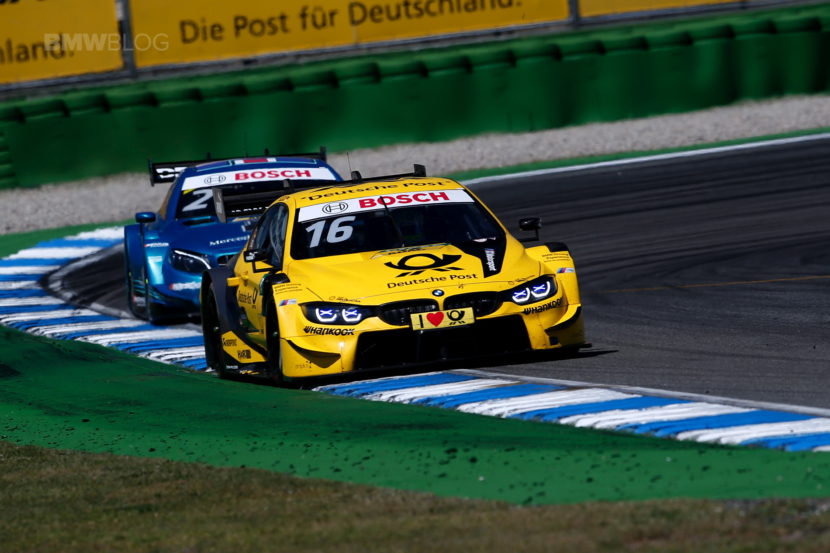 BMW Team RMG’s Timo Glock (GER) won the second race of the DTM season at Hockenheim (GER) and has taken the lead in the drivers’ standings with 44 points. During the second half of the most exciting DTM race race in recent history, he was embroiled in a spectacular duel for the win in his DEUTSCHE POST BMW M4 DTM with Gary Paffett (GBR, Mercedes). The two experienced drivers fought wheel-to-wheel time and again, with the lead changing hands many times. Glock retained the upper-hand and celebrated the fifth win of his DTM career and 78th win for BMW after 36 laps. The 36-year-old had secured his fifth DTM pole position in qualifying. 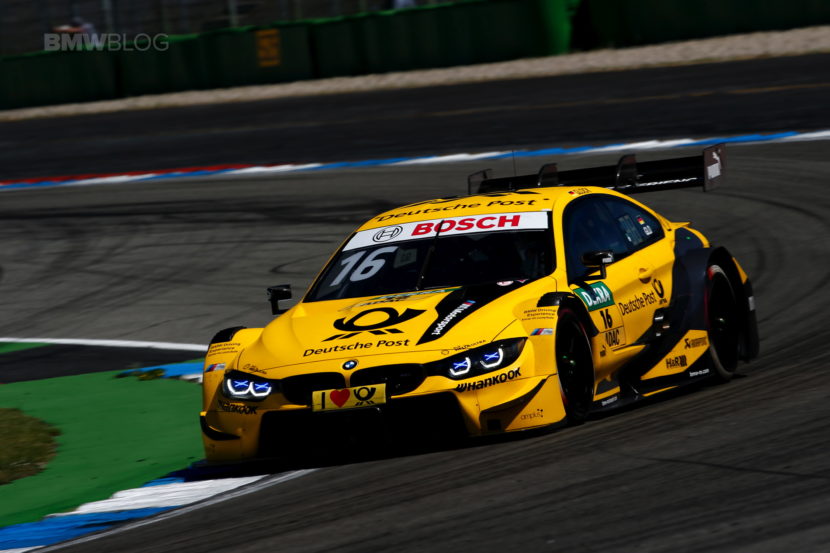 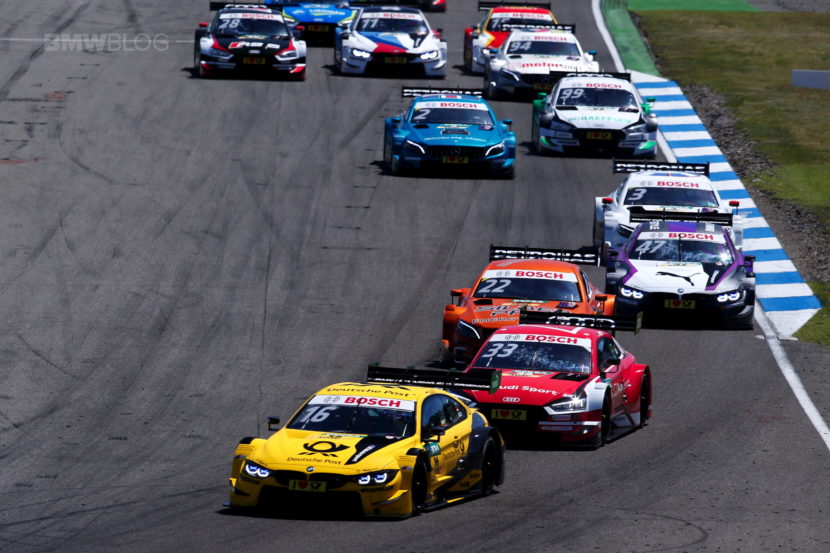 “That was the perfect advert for motorsport and for the DTM. My nerves were shot at times, but it was a fantastic race. We saw hard, but fair duels from great athletes – that’s what motorsport should be like. Timo showed nerves of steel, kept on asserting himself and brought the win home. Congratulations on this extraordinary performance. Fourth place from our rookie Joel Eriksson was also a fantastic performance and a big thumbs up goes to Bruno Spengler, who caught up brilliantly from the back of the grid to finish in eighth. With a total of four BMW M4 DTMs in the top ten, we got a great result. The whole weekend went well for us. We lead the drivers’ standings with Timo Glock. Naturally, that motivates us for the rest of the season.” 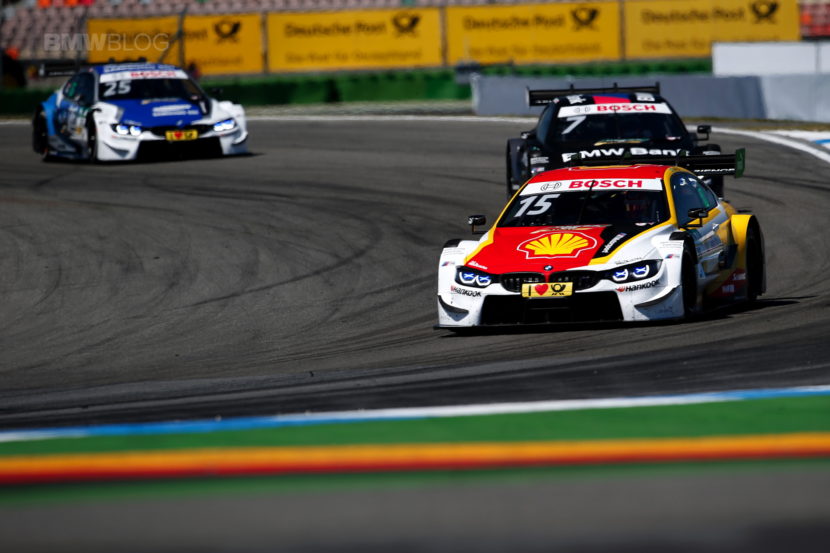 “Totally mad. Incredible. What Timo did on the track today is phenomenal. I’m really pleased for all the guys in the team, because we all worked extremely hard over the winter. But Marco and Augusto showed that not everything is perfect yet. The DTM field is so close that it doesn’t take much to be left being only able to fight for tenth place.”

“Both yesterday and today saw us drop down the field rather than move up it. We need to really look at the data to see what the reasons were. We were pretty good in qualifying but we weren’t able to use that in the race. Naturally, it is disappointing to go home with only two points from the first qualifying session but the season has only just started. Congratulations to Timo and the entire BMW Team RMG on this great result.” 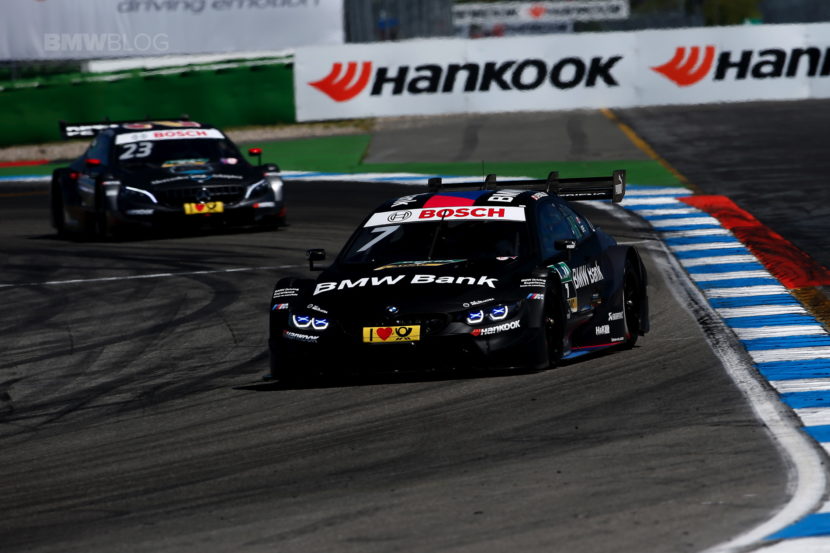 “At least we were able to get a point today. After the first lap we managed to fight back. We gave it our all. The basis is good, now we need to work on the finer details but we can be optimistic going into the next races. We’ll head home now and start preparing for the second race weekend. Congratulations to Timo on his win.” 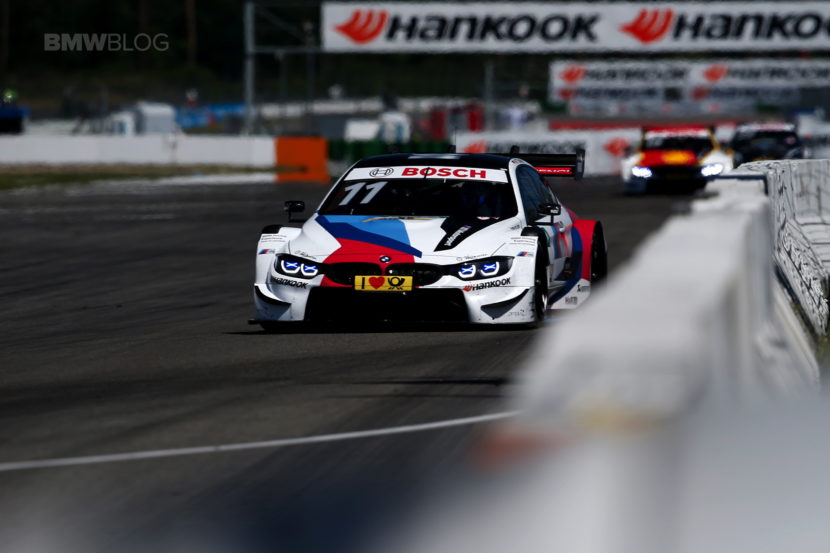 “That was the coolest race of my life. I’m still lost for words. I might have won the race, but the real winner today is the DTM. That was incredible motorsport – exactly what we want to give the fans. The duel with Gary reminded me of a battle between two boxers in the ring. It was a tough but very fair battle. For us, the podium on Saturday and the pole position and win today meant we had a fantastic opening weekend.”

“We saw a motorsport classic today. It was a fantastic race and a great duel between Timo Glock and Gary Paffett. We had a good strategy with Joel, and compared with yesterday we really improved. To get so close to the podium already as a rookie is a great achievement. Because it was so exciting at the front, not many people noticed what an incredible race Bruno had. Starting from the back of the grid due to a penalty and then moving up into eighth place is outstanding. The team also completed the fastest pit stop of the race for him. Philipp was unable to move up the field from near the back of the pack, but also learned a great deal. Now we will learn from this weekend and head to the Lausitzring well prepared.”

“I’m really happy for Timo and BMW. My race was really good, definitely a step forward. Like yesterday, the race pace was okay, and the start was good this time. After a good first lap, I got stuck in traffic. Unfortunately, that’s what happens when you start from quite far down the field.”

“After my penalty for blocking in qualifying, I moved up from the back of the grid into eighth place. The car was very good over the distance. It was so much fun. The team did a fantastic job, our strategy was good and the guys were really fast with the pit stop. The penalty after qualifying cost us a few points. But now we are fully focussed on the Lausitzring.”

“I think I can be happy with my first DTM weekend. The first stint wasn’t so easy today, but after that it got better. I coped with the tyres really well and had a few good duels. It wasn’t so easy taking on Gary, but finishing fourth is okay.”

2018 DTMBMW DTMTimo Glock
Previous post FIRST DRIVE: BMW X7 – The 7 Series Of The X Family
Next post See what others are saying about the BMW X7