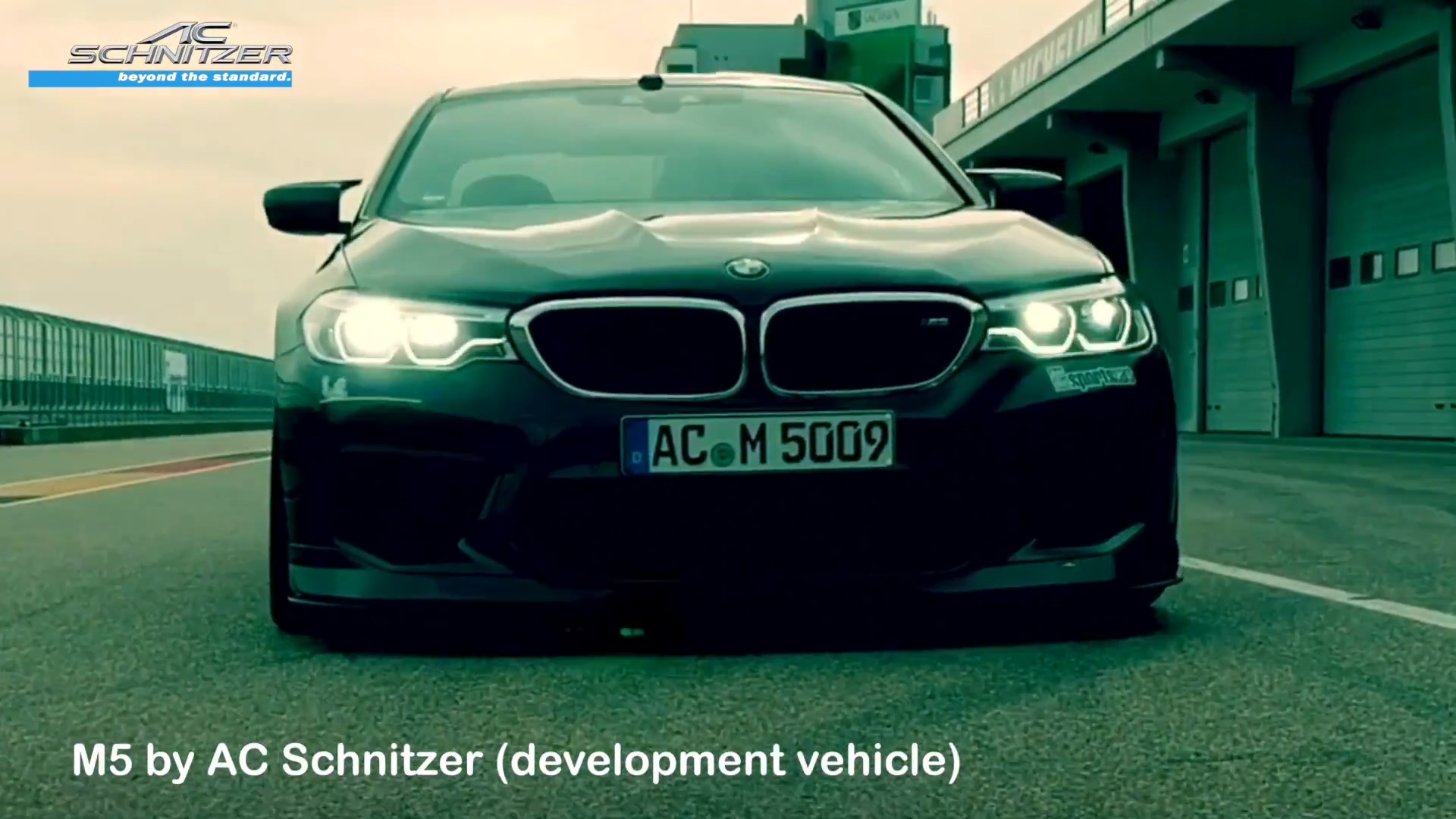 Now that the new F90-generation BMW M5 has finally been released, tuners are running wild with it. They probably couldn’t wait to get their hands on it, knowing its performance potential on top of it’s already impressive stats. The standard BMW M5 makes 600 hp and 553 lb-ft of torque from its 4.4 liter twin-turbocharged V8. But tuners will be able to make much more power out of that engine and there’s likely a lot more performance to squeeze out as well. AC Schnitzer has apparently been messing with an M5 of their own and they recently teased on it track.

In this latest video, we get a quick look at the AC Schnitzer-tuned BMW M5 before it hits the track. It seems to have a pretty extensive suite of upgrades, including a lowered suspension, new wheels, new aerodynamics and a large fixed rear wing at the back. Though, we don’t know any details. So we don’t know what sort of suspension it has, what its new aero is made out of (although it’s likely carbon fiber) and whether or not it has any added power. Although we’re going to assume that it’s more powerful than the standard car. 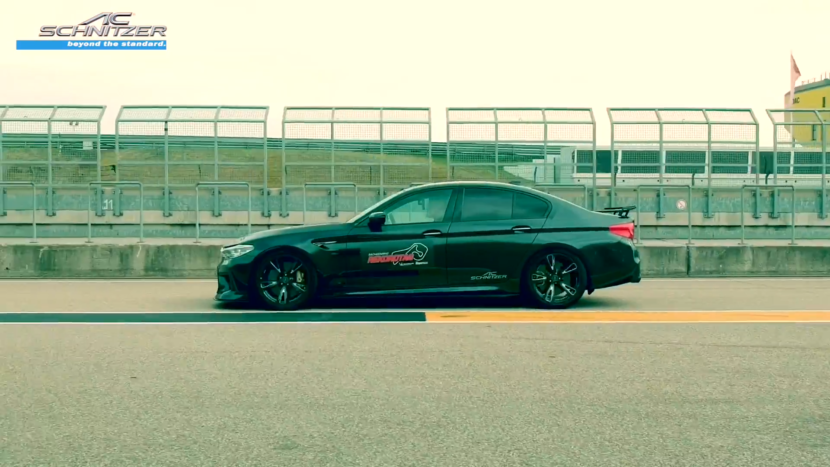 We do know that it’s quite a bit louder than the normal M5. At the tail-end of this video, we get to hear the AC Schnitzer BMW M5 on its way out of the pit lane and onto the track. It sounds loud and very aggressive. The standard M5 is loud but this is even louder still. So it has some sort of aftermarket exhaust but we don’t know what sort.

We’re excited to see what AC Schnitzer has done with the new F90 M5, as they usually do really interesting work. So this tuned M5 will likely be very exciting and even more extreme than the normal car.