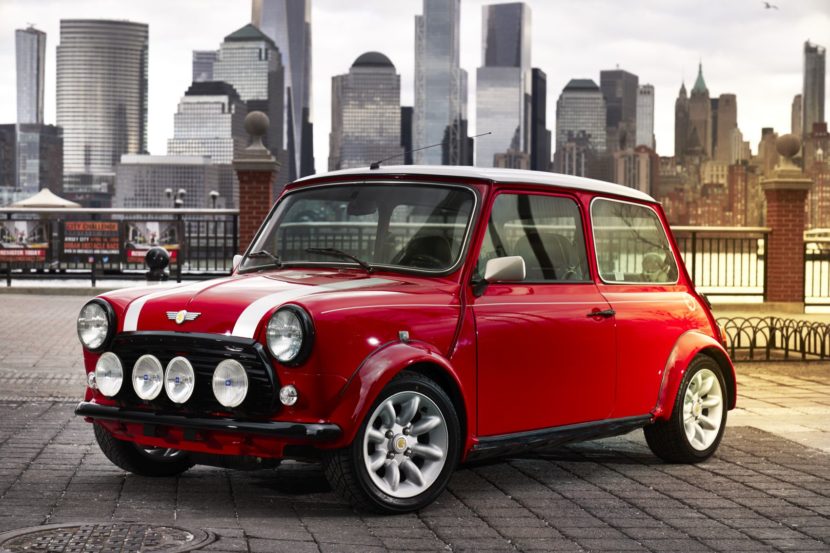 After MINI announced that the MINI John Cooper Works GP Concept will be making an appearance at the New York Auto Show the British company took the veils off their latest creation, a classic Mini Electric model. Yes, that’s exactly what they call it and what it is, the British brand taking an old, original Mini and turning it into an electric vehicle that we’re pretty much certain is a hoot to drive.

The classic Mini Electric combines the historic look of the world’s favorite small car with groundbreaking drive technology for tomorrow’s urban mobility. With this unique vehicle, MINI sends out a clear signal demonstrating its commitment to retaining the brand’s unmistakable character whilst embracing innovative zero local emission technology. It is, if you will, a preview of what’s to come from Oxford, since there have been numerous rumors out there claiming that the winged logo will be used solely on EVs in the future. 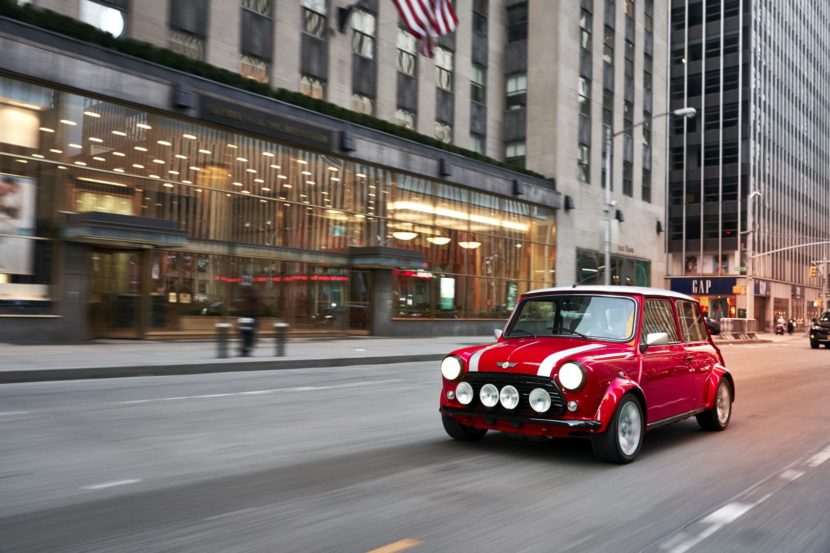 The classic Mini Electric is also a step towards the production version of the MINI Electric Concept that was announced at the 2017 Frankfurt Motor Show, and paves the way for the brand’s first all-electric vehicle which will be unveiled in 2019 – just in time for the 60th anniversary of the classic Mini. The fully electric production vehicle is currently in development, based on the MINI 3 Door, and will be produced for the first time at MINI Plant Oxford next year. 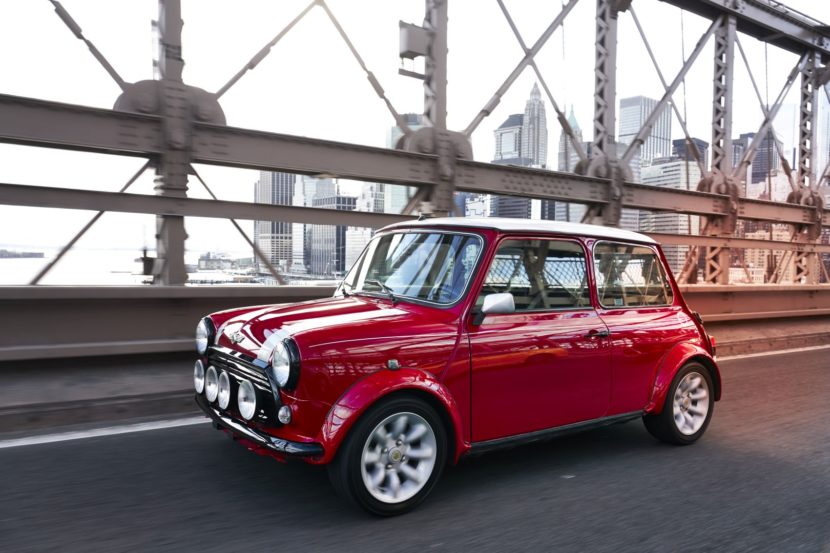 There will be only one of this ever made, thus ensuring that the classic Mini Electric presented in New York will remain unique. A late and carefully restored example of the classic Mini Cooper serves as the basis for this special vehicle. The exterior red paint is complemented by a contrast white roof and characteristic bonnet strip, with the yellow MINI Electric logo in the brand emblem and on the wheel hubs. Those visiting the New York Auto Show will surely get a kick out of seeing this new interpretation of a classic shape.