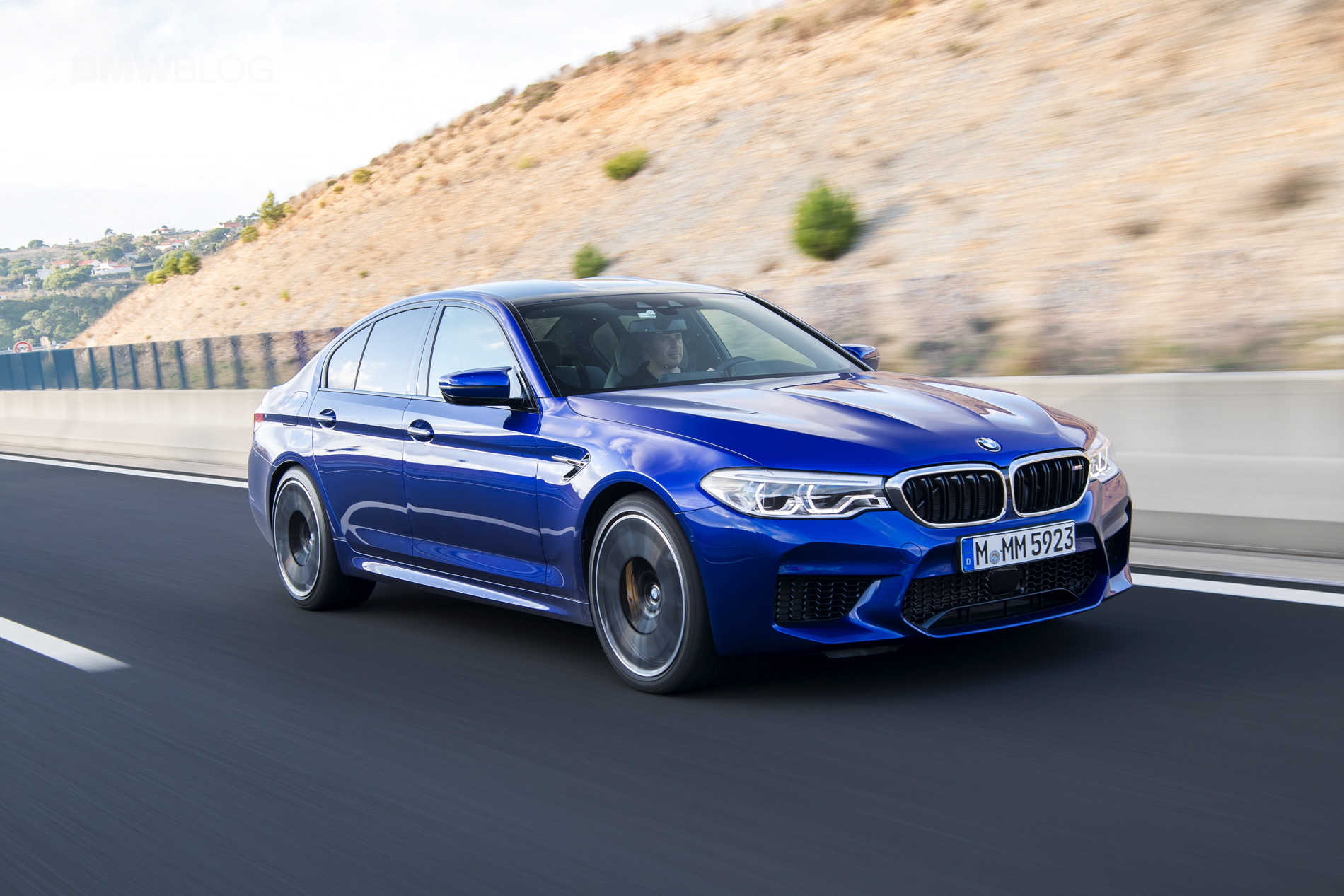 Yet again, these two German bruisers are at each others’ throats. The BMW M5 and Mercedes-AMG E63 S have been taking each other head-on since the new M5 debuted a few months ago. Since then, it’s been one brutal fight after another, with one beating the other, back and forth. If there’s only one thing we can surmise from all of these comparisons, it’s that both cars are astonishing machines. However, it’s time to take a look at yet another comparison between these two, in this recent drag race and braking test from Carwow.

The brand-new BMW M5 makes 600 hp and 553 lb-ft of torque from its 4.4 liter twin-turbocharged V8. That engine is paired with an eight-speed ZF-sourced auto and an M-tuned xDrive all-wheel drive system. That all-wheel drive system has three modes; 4WD, 4WD Sport and 2WD. The latter of which turns the car into a rear-wheel drive M5 and keeps it that way until you turn it off. Fun stuff.

On the other side, the Mercedes-AMG E63 S uses a 4.0 liter twin-turbocharged V8 that makes 603 hp and 627 lb-ft of torque. That monstrous V8 is mated to a Mercedes-developed nine-speed automatic and also all-wheel drive. Like the BMW, the AMG’s all-wheel drive system can be switched to rear-wheel drive but only temporarily in a so-called “Drift Mode”. Having said that, it can stat that way for awhile, there’s just a speed limit to it. Also, AMG was the first to come out with such a switchable all-wheel drive system.

Now, for the drag race. It starts off with a standard quarter-mile race, with Carwow’s Mat Watson in the new M5. The first run has the M5 in its “4WD Sport” mode, which is its fastest launching mode. Off the line, the M5 just edges ahead of the AMG, as it’s quicker to launch. However, once both cars hit about 50 mph, the AMG starts to pull ahead and it takes a narrow victory. The M5’s fastest run was 3.3 seconds to 60 mph and 11.4 seconds through the standing quarter-mile. While the AMG’s was 3.2 seconds to 60 mph and 11.2 seconds through the quarter.

Watson decides to put the new M5 in its standard 4WD mode, which isn’t advised for drag racing as that keeps all the electronic nannies on, which hinders its launch. So in that run, the M5 gets demolished and loses by a huge margin. 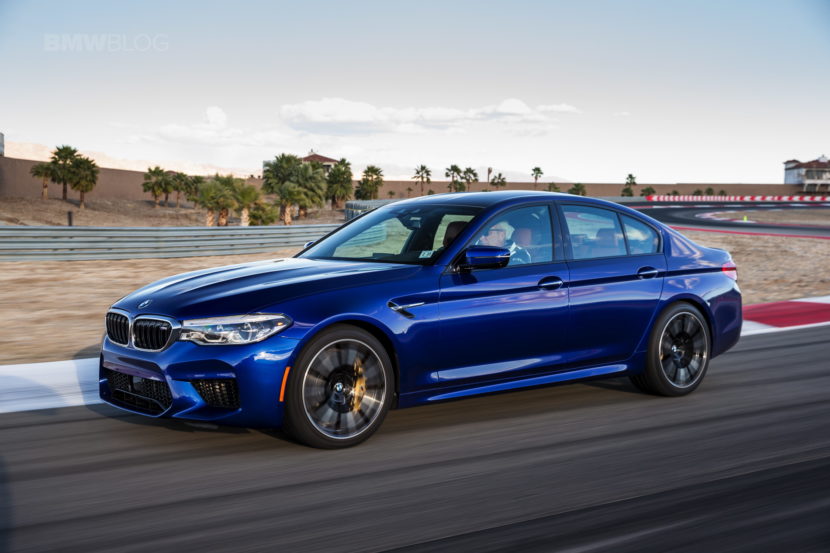 After that is a braking test from 70 mph to 0. At first, the AMG stopped about a foot shorter than the M5, making it seem like the winner. But upon slow-motion replay review, we can see that the AMG began braking quite a bit too early, so the test was actually inconclusive and the M5 may have actually been the faster stopping car. Either way, both cars can haul their significant mass down quickly.

So there you have it, the Mercedes-AMG E63 S is faster in a straight line in equal conditions. No surprise, really, as that AMG V8 is an absolute masterpiece. The BMW M5’s V8 is excellent and only out-shined by the hand-built brilliance of the AMG’s monster engine.