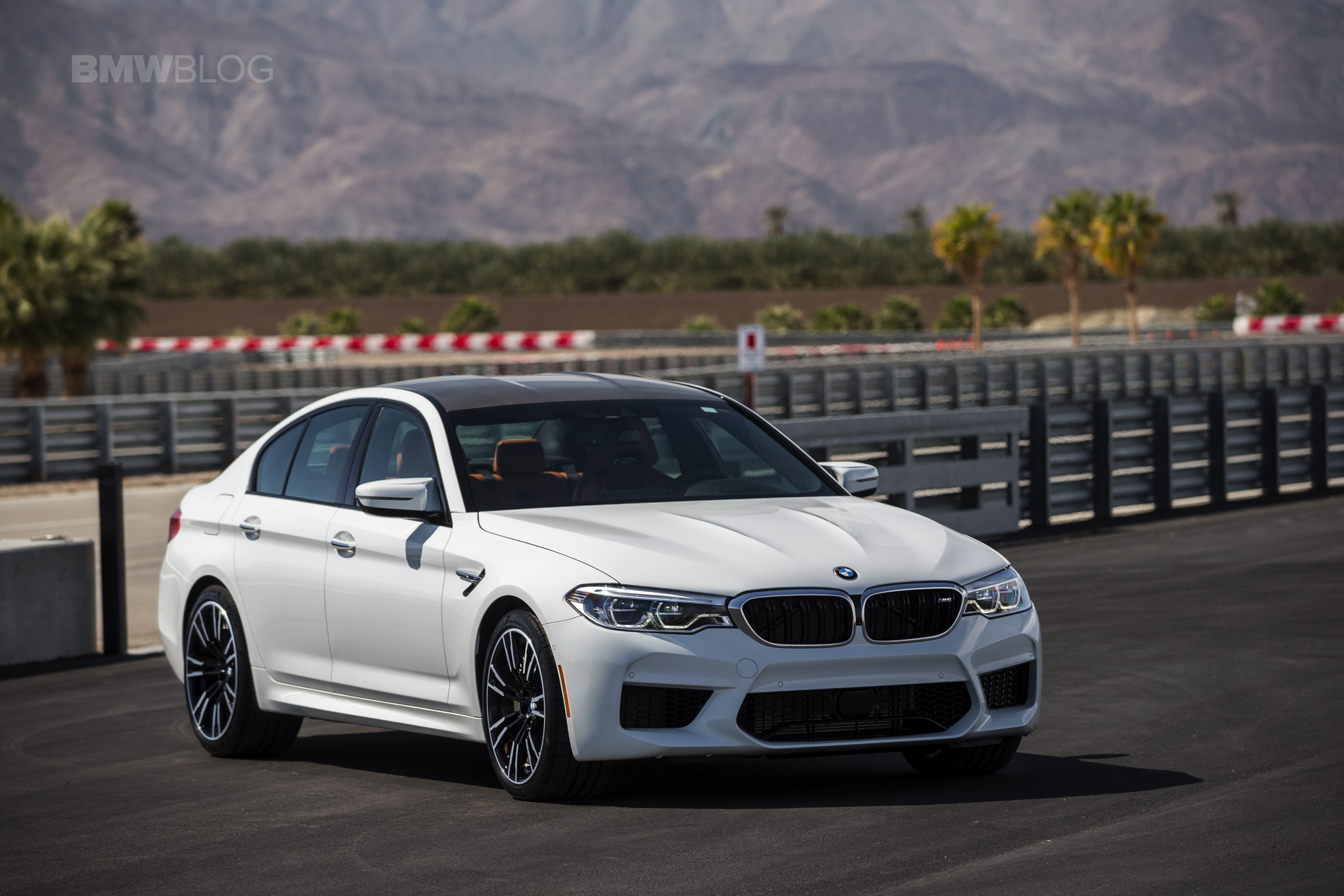 There’s never been a better time to buy a super sedan. Back in the late ’80s, there really only was one choice for a four-door vehicle that had the moves of a genuine supercar — the original, E28-generation, BMW M5. Thirty-two years later, the BMW M5 is no longer alone and there are a bevy of excellent super sedans to choose from. We truly do live in the golden era of the automobile, when there are at least four sedans you can buy with more luxury than a ten year old Bentley and more performance than only a three year old Ferrari.

In this new comparison test from Car and Driver, we get to see the best four super sedans take each other on to see which one is king. Those four cars are the brand-new F90-gen BMW M5, the Mercedes-AMG E63 S, the Porsche Panamera Turbo and the Cadillac CTS-V. They’re all pretty similar, as they all sport forced-induction V8s, four doors and six-figure price tags. So which one is best? You might be surprised by the results.

Last place goes to the Porsche Panamera Turbo. A Porsche taking last place in any test, for any reason? I know, crazy. Still, the Panamera came dead last and C&D’s reasoning is sound. While fast, its 550 hp and 567 lb-ft twin-turbocharged V8 is the weakest of the bunch and slowest in the real world. While it can hit 60 mph in 3.0 seconds flat, it takes launch control that holds launches at 5,000 rpm to do so. It’s the heaviest car of the bunch and that makes it the slowest in the real world, while also making it the least enjoyable to drive. It’s very capable, sure, but it needs so much electronic assistance to do so that it feels cold and aloof. So while there’s a lot to like about the Panamera, it’s no as good as its competitors.

In third place comes the Cadillac CTS-V. To be honest, Cadillac should just be happy it’s not dead last. The CTS-V is the oldest car in the test by far, the only one that’s rear-wheel drive and the cheapest. It has some really good qualities, such as its monstrous 640 hp and 640 lb-ft supercharged 6.2 liter V8. With help from GM’s own eight-speed auto, it can get from 0-60 mph in 3.8 seconds, the slowest of the bunch. Thank only two driven wheels for that. It can seriously handle, though, with great steering and sharp moves. Where the Cadillac falters is in terms of its clunky gearbox and subpar interior. It’s a fine car to drive but not a fine car to own.

Second place is held by the Mercedes-AMG E63 S. Its 4.0 liter twin-turbocharged V8 is an absolute masterpiece, making 603 hp and 627 lb-ft of torque and a rockstar noise. It’s a superb engine and possibly the best V8 on the planet. That engine is paired with Mercedes’ own nine-speed auto and powers all four wheels, with an available “Drift Mode” that makes it rear-wheel drive periodically. All of that V8 fury helps the AMG get from 0-60 mph in a C&D-tested 2.9 seconds, which is seriously quick. Where the AMG starts to fall apart is when you push it really hard. It’s fun as hell at 6 or 7/10ths, as it can be a tire-scorching hooligan. However, when you really start to push, it will understeer and then oversteer too much. It can be too much of a handful. Still, it’s an incredibly exciting car with a rockstar of an engine and a masterful interior. So it can only fall to something truly special. And it does.

We’ve said that the new BMW M5 has the potential to be considered the best M5 of all time. This test doesn’t do anything to change our minds, as it takes first place. With its 4.4 liter twin-turbocharged V8, it makes 600 hp and 553 lb-ft of torque, eight-speed automatic and all-wheel drive, it can rocket from 0-60 mph in a supercar-embarrassing 2.8 seconds. That’s faster than a Nissan GT-R, by the way. That all-wheel drive system can also switch to rear-drive, like the AMG, but BMW’s application of that switch is better, as it isn’t just a specific mode and it has no speed limit. Where the BMW M5 spearates itself from the pack, though, is in how it handles. The new M5 has a sweetness about it that bests its competitors. It doesn’t corner as flat as the Porsche or Cadillac but it’s better for it. You can feel it roll just a bit, which allows your butt to feel what the chassis and suspension are doing. And it just has that old-school BMW M car feel that we’ve longed for. 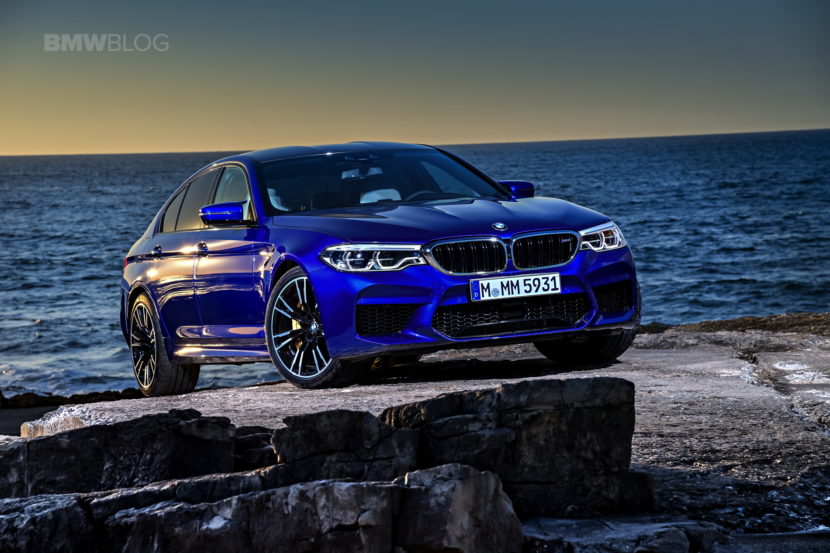 Is it perfect? No. Its semi-fake engine and exhaust noise is a bit over-the-top and noticeably software-enhanced and its seating position is a touch high. Still, it’s the best car to own and drive here, with smooth moves, blistering performance, an incredible interior and an old-school M Division feel that sets it apart from its competitors. BMW M is back.