BMW to Enhance Efforts to Cut on CO2 Emissions Worldwide

When the BMW i sub-brand was set up, the BMW Group knew that it needed a holistic approach, one that would take into consideration every side of the business, not just tailpipe emissions. Therefore, the Germans came up with ingenious solutions which would make the i3 a truly revolutionary car, with emissions in the production process as low as possible. One important side of the whole development process was cutting down CO2 emissions in the plants manufacturing the i3 and its components.

You probably already know that the CFRP used in its body is made using renewable energy and that the plant in Leipzig where it’s assembled uses renewable energy as well. However, since the i3 entered production, similar measures were applied to other factories as well and, last year, more than 80 percent of the electricity BMW purchased worldwide, came from renewable sources, according to its CEO, Harald Kruger. 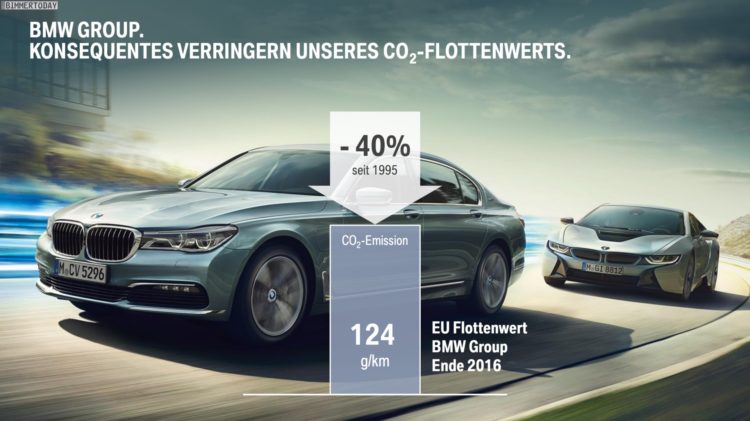 Speaking at the annual presentation of the company’s performance review in Munchen, Kruger also pointed out that future ambitious goals have also been set up for the near horizon while other ambitious plans have already been achieved: “In Europe, we achieved completely CO2-free production for the first time in 2017. By 2020, we also plan this for our locations worldwide. BMW i shows that: Our responsibility goes far beyond the car. We look at the entire value chain,” he said.

Reaching this proposed plan by 2020 would be an ambitious effort but we’re pretty sure it’s going to be met. Couple that with the impending EV offensive the Germans are planning and things are definitely looking good. This year we’ll get to see a couple more electric concepts coming out, as we already reported, in the shape of the first all-electric X3 and a design study for the crown jewel of the future, the iNext.