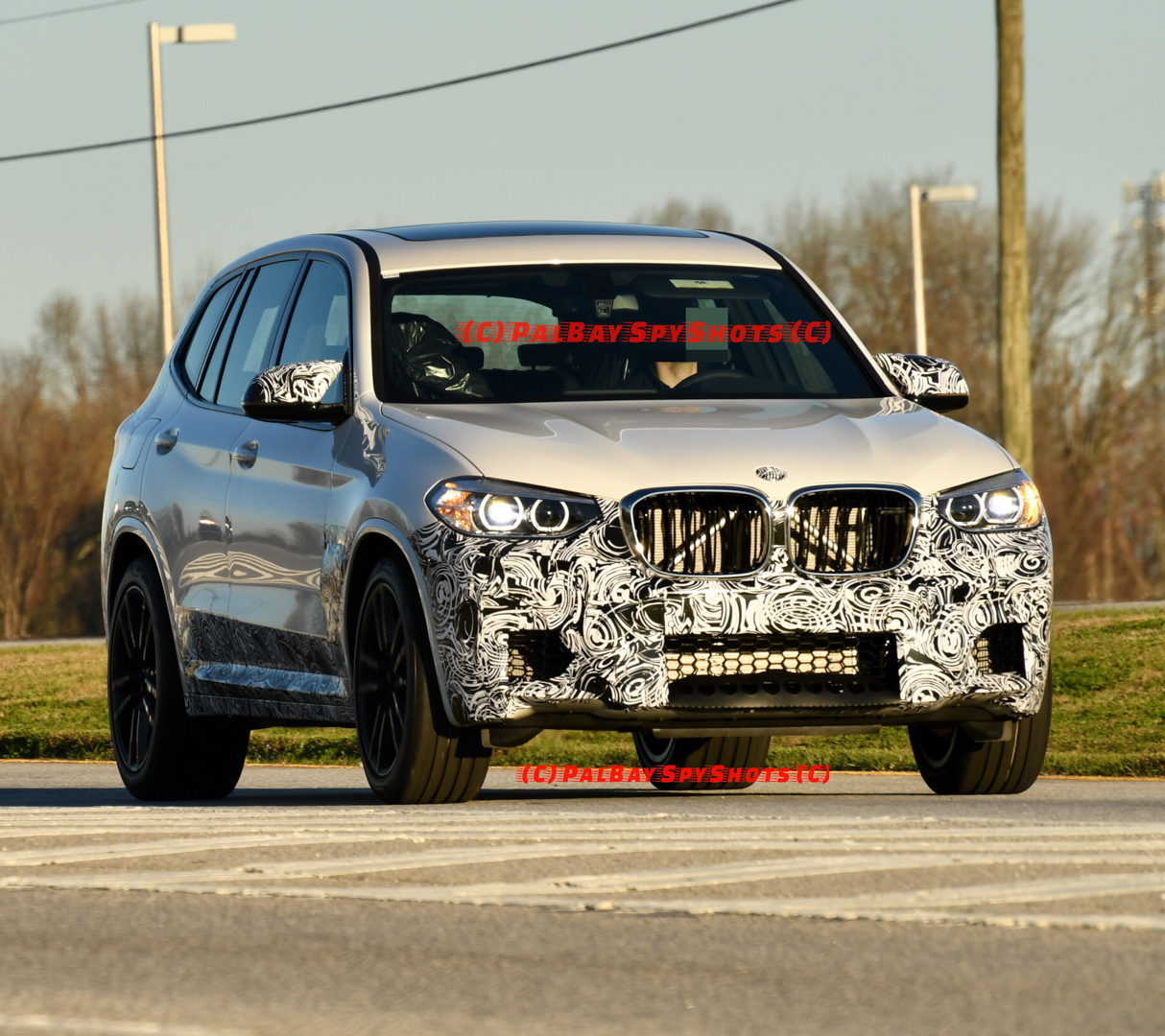 After driving the BMW X3 M40i, we’ve been itching for a proper X3 M. The M40i is one of the most fun and exciting BMWs on the market and it’s a surprisingly old-school feeling BMW. There’s also so much room in its chassis for more power, better suspension and sharper steering. So the idea of a real-deal BMW X3 M is one that we’re incredibly excited about. Thankfully, to quench our X3 M thirst, there are some new spy photos of it, testing without too much camouflage.

In these new photos, we can very clearly see that this is a real-deal M car. At the front, it isn’t too much different than the M40i, as that car also has large front air intakes. However, the proof is in the rest of the car. For instance, the new side mirrors are absolutely M-car mirrors. With little triangular cutouts in them, they are similar to those you’ll find on the new BMW M5. They look sporty but aren’t exactly pretty. Then again, no M-car mirrors are actually pretty. Functional and aerodynamic, sure, but not great looking. It’s also lower and wearing sportier looking wheels than even the X3 M4oi. 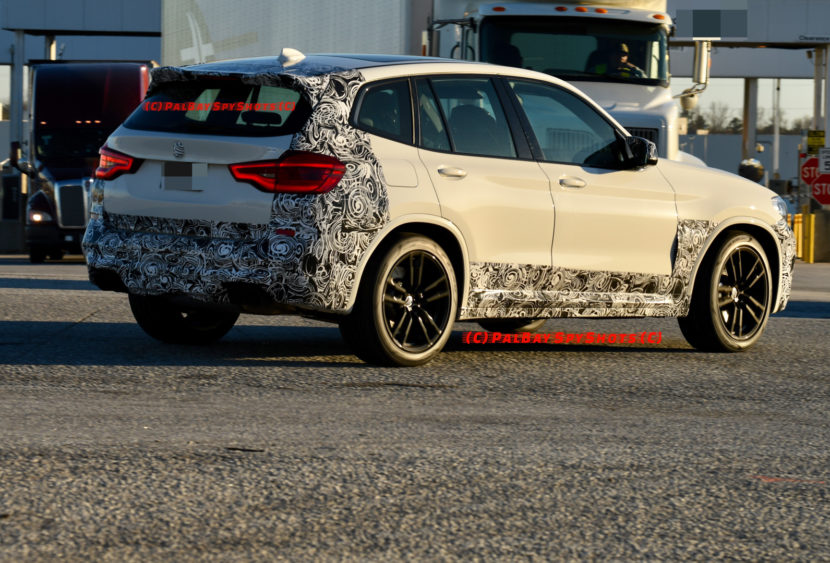 Out back, we see the real proof, though. This BMW X3 test mule sports quad exhausts, a BMW M Division staple. It’s also wearing a larger rear spoiler than you’ll find on the M40i, which not only looks cool but should provide some actual rear downforce. While the rest of the BMW X3 M looks pretty much like a typical X3, it looks properly sporty at the back.

Powering the BMW X3 M will likely be a tuned version of BMW’s B58 3.0 liter turbocharged I6, dubbed S58, and it will likely get two turbochargers rather than one. We’re hearing a power output of around 450 hp, which is enormous considering that the 355 hp M40i version gets to 60 mph in the mid-four second range. We won’t be surprised if the X3 M nails 60 mph in under four seconds.

We can’t wait for this car. It’s going to be an absolute monster. The X3 M40i is seriously quick, so the BMW X3 M should be a rocket ship. And if it has any of the delicate balance of the M40i, the X3 M should be one of the most exciting M cars on the market. 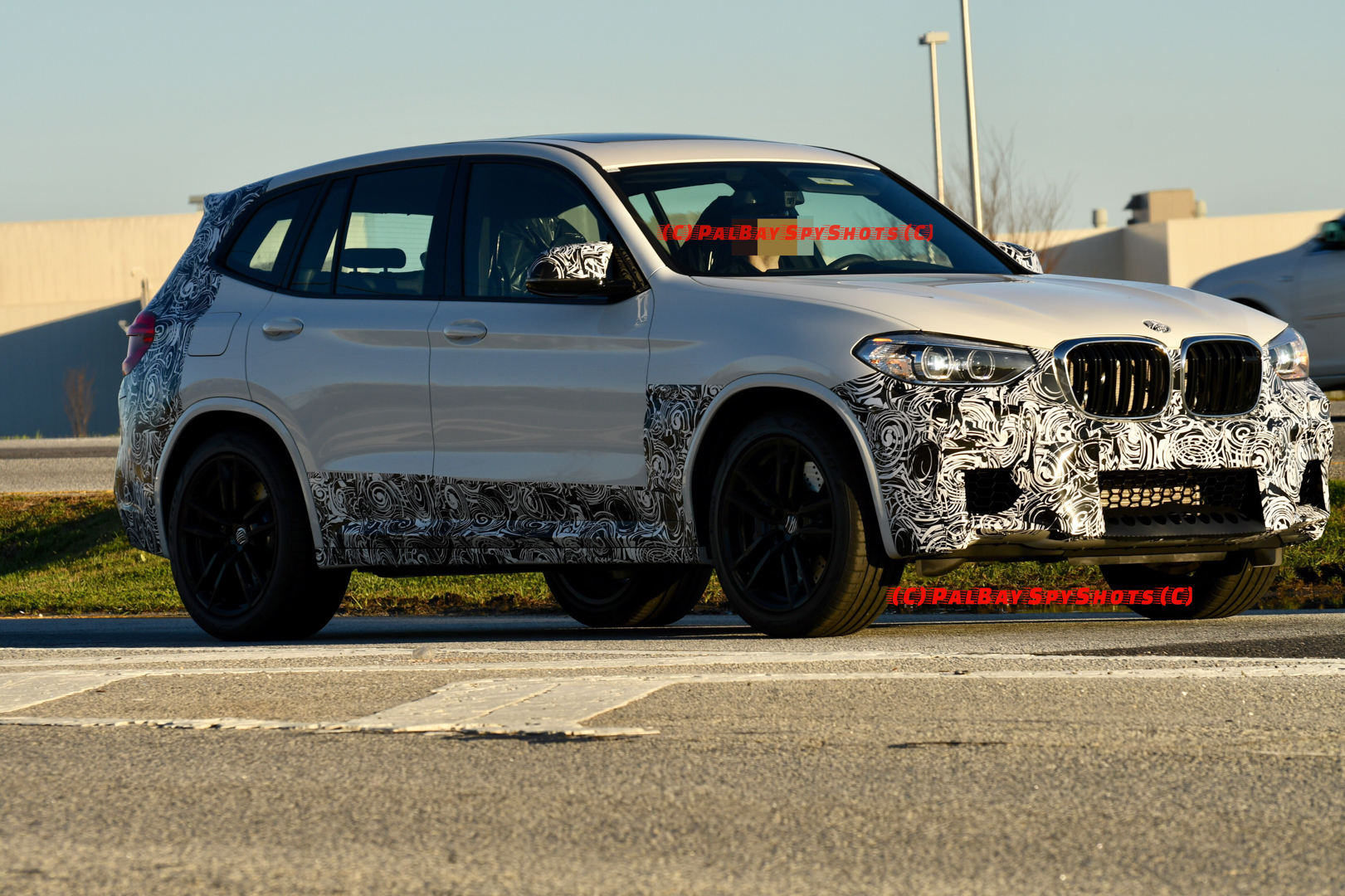 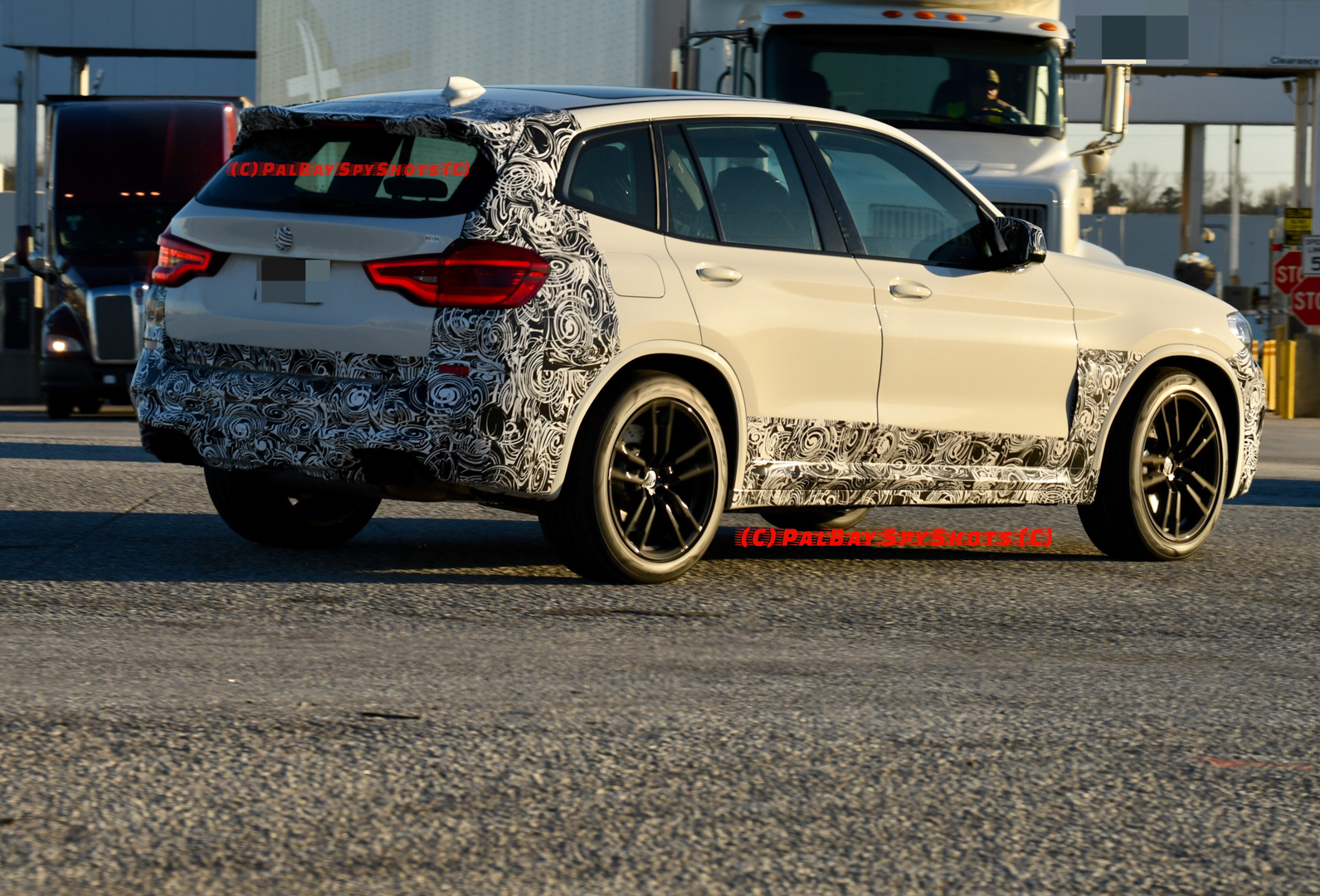 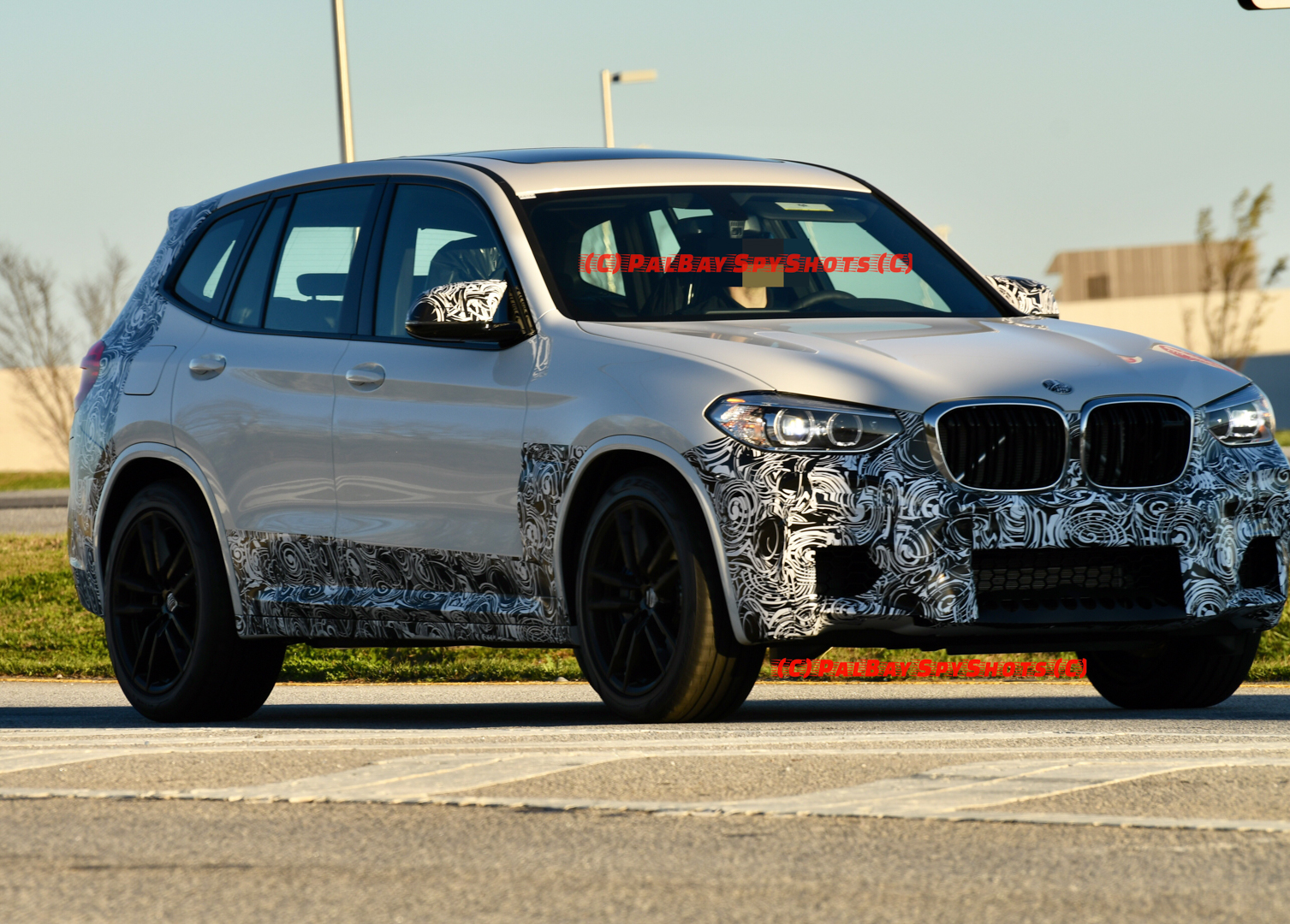 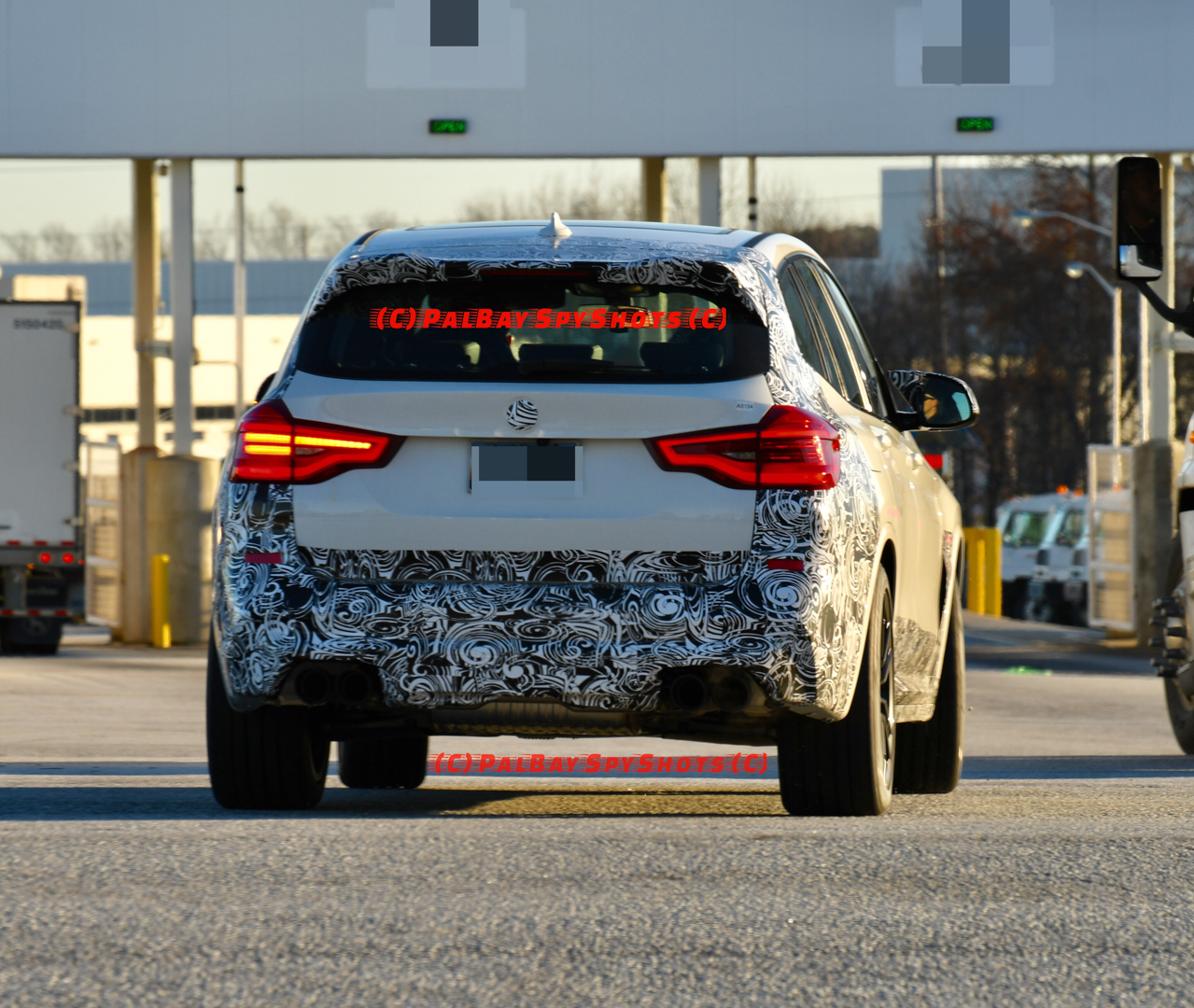 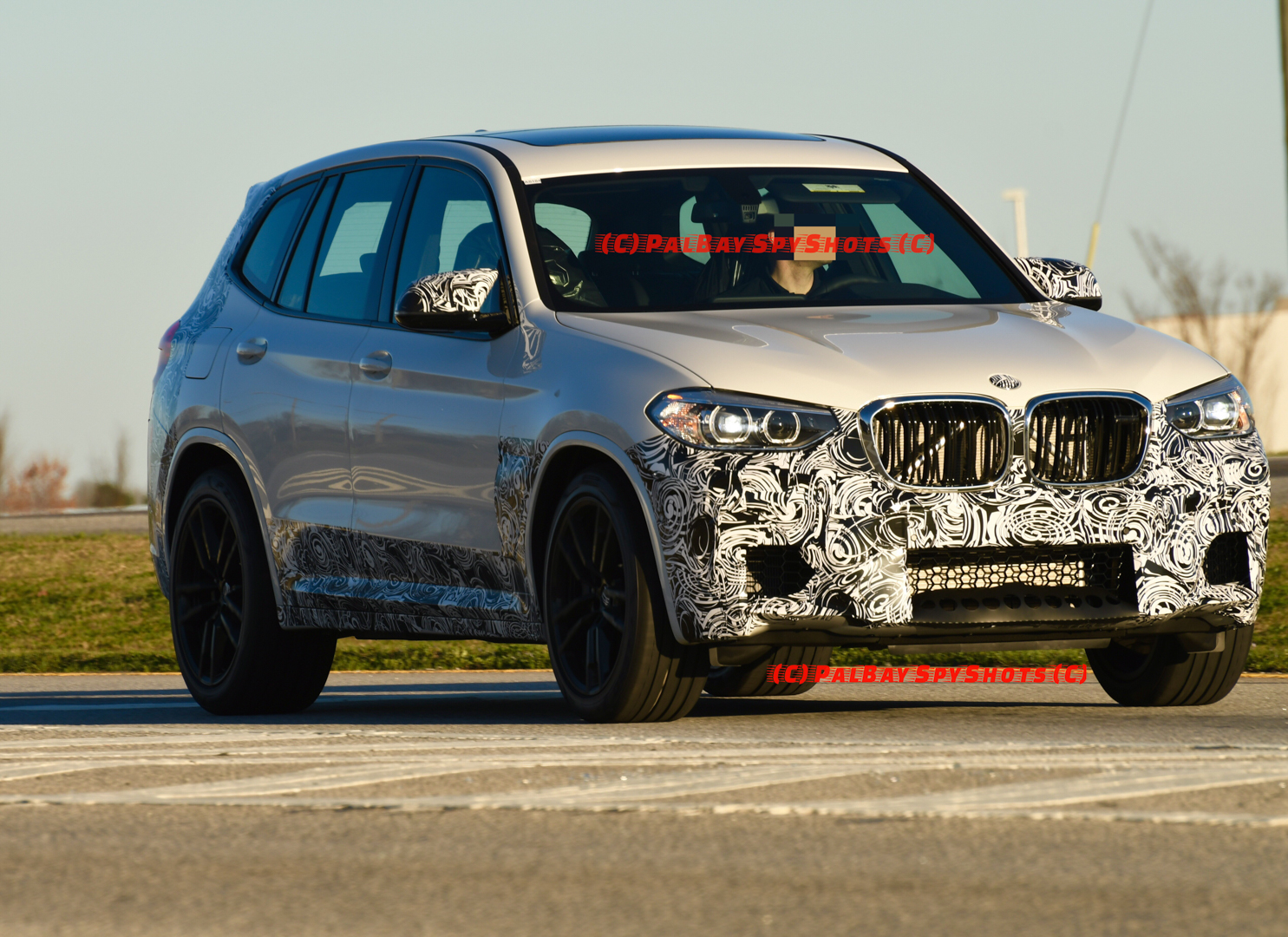