BMW updates the M4 DTM racing car for the 2018 season 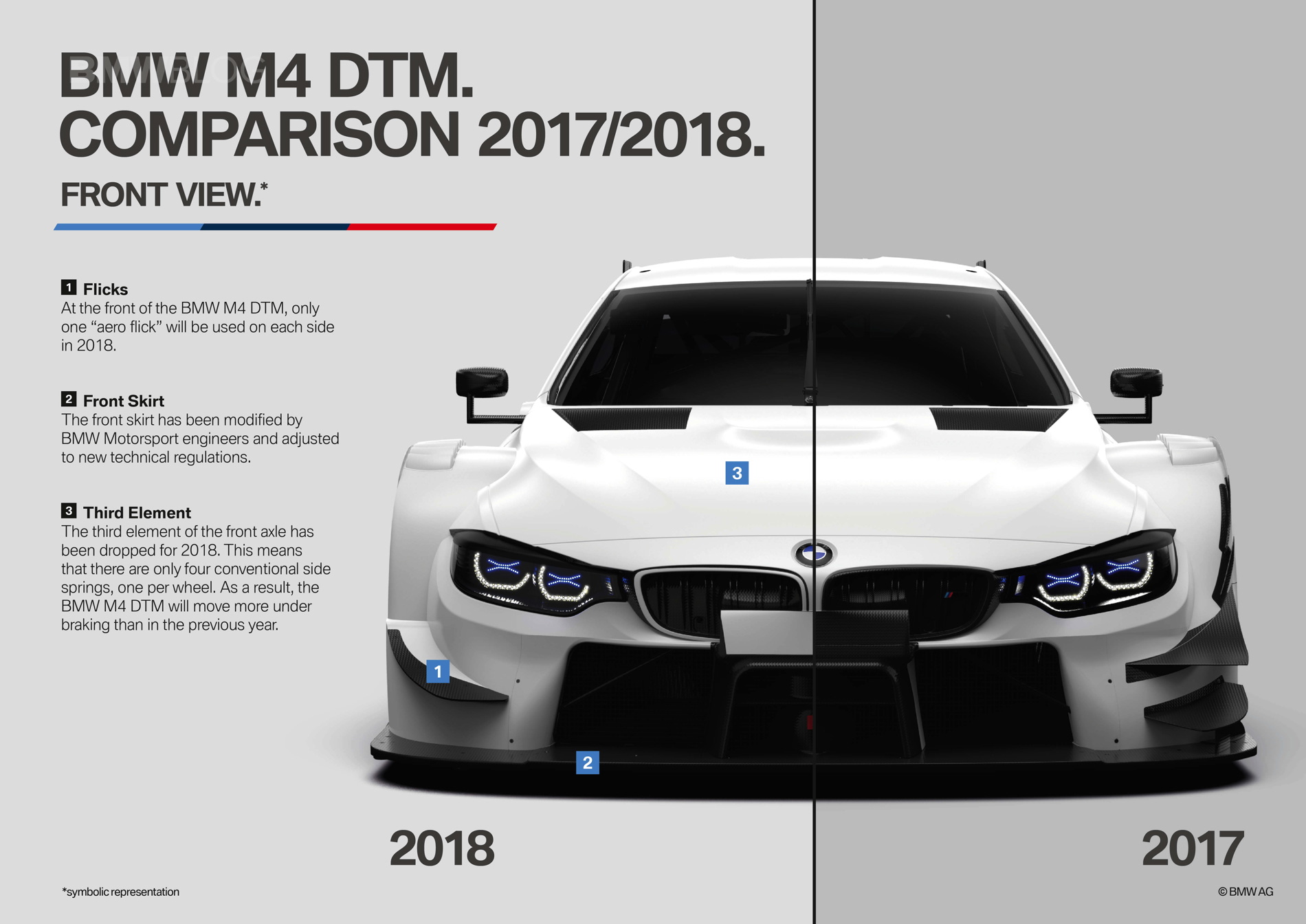 At BMW Motorsport in Munich preparations for the 2018 DTM season, which gets underway at Hockenheim on 5th May, are in full swing. The BMW engineers spent the winter break reworking the BMW M4 DTM in line with the specifications for the new technical regulations. The changes could be headlined as “less is more”: downforce has been reduced by one third. As a result, there is now even more focus on the drivers . 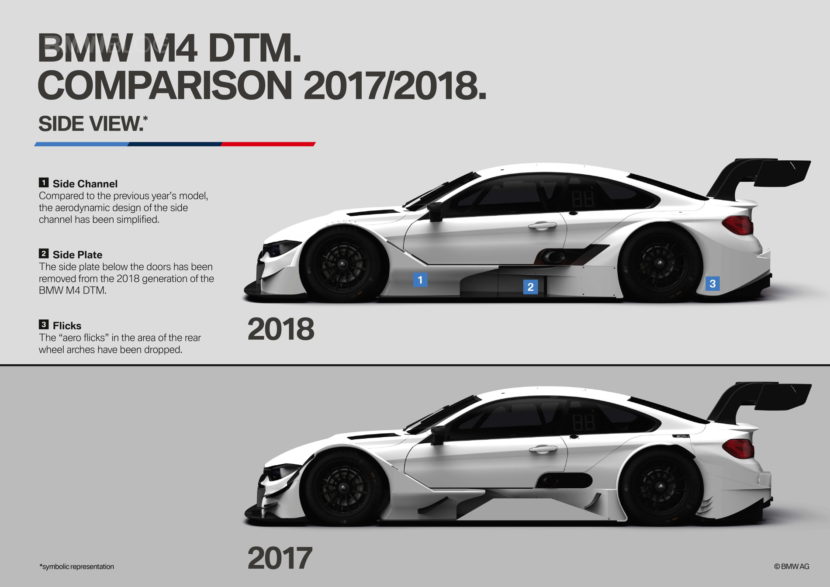 Some of the modifications are immediately obvious. The side channel of the BMW M4 DTM has been simplified and the side plate below the doors has been removed. In future only one “aero flick” will be used on each side at the front of the car – and that is smaller than its equivalents from last season. The engineers have adjusted the front skirt to suit. The basic geometry of the rear has been retained, but some detail simplifications were made in terms of aerodynamics. The overall result: much less downforce and reduced drag which, depending on the track, will lead to higher top speeds. 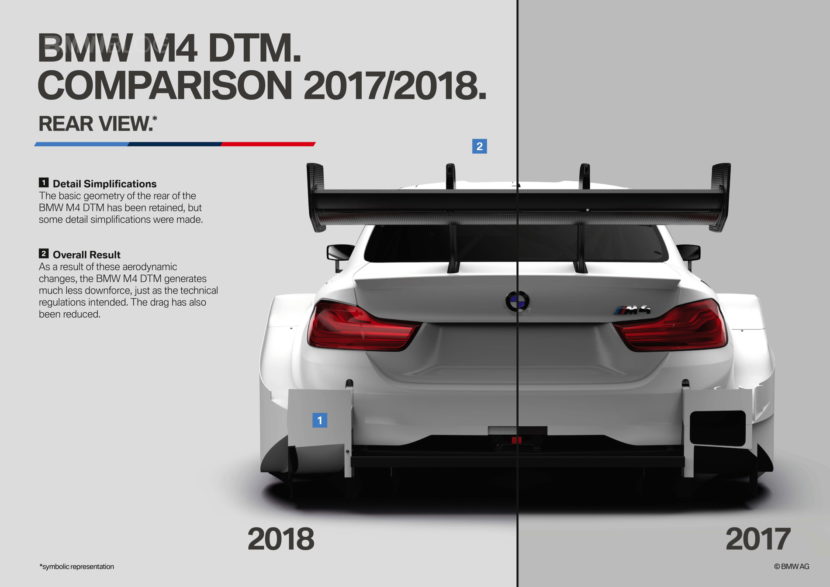 Under the bonnet of the BMW M4 DTM the third element of the front axle has been dropped for 2018 meaning that there are only four conventional side springs, one per wheel. As a result, the BMW M4 DTM will move more under braking in 2018. In combination with the aero adjustments, this means that there will now be much more focus on the drivers’ vehicle control.

Due to the reduced downforce the drivers will have to brake earlier and accelerate later, on exiting the turn so they will have to “work” on the steering wheel for longer in the turns before they can put their foot down again.

While no modifications were allowed to be made to the V8 engine itself, the BMW Motorsport engineers were able to make improvements in the area of drive. In collaboration with Premium Technology Partner Shell, further optimisations were made to oil use.

“I’m excited to take to the track in the 2018 version of the BMW M4 DTM,” said BMW DTM driver Bruno Spengler. “The less downforce a racing car has, the more challenging it is to drive it at the limit. It will be exciting for the engineers to find the perfect set-up. The mechanical grip of the car will be more important than ever.”