Yesterday, we talked about the BMW M2 and how it was considered to be one of the worst sounding performance cars on the market. It’s not that it sounds terrible, it’s just not very exciting and makes a sort of generic six-cylinder engine noise. It also reminds us just how much we actually miss BMW engines of the past. But if you have an M2 and are disappointed with its noise, there are plenty of aftermarket exhaust systems that will give it the excitement you crave. One of them could be this catless Akrapovic titanium exhaust.

Seen in this new video from Automotive Mike, this BMW M2 has been tuned by Voodoo Ride and sports some extra power and extra noise. The power comes from a Race Chip tune which bumps power output to 450 hp. That’s more than the BMW M4 Competition Package in a car that’s a lot smaller. But we’ve seen tuned M2s before, many of them. What makes this one interesting is its noise, thanks to its catless titanium exhaust from our friends at Akrapovic. 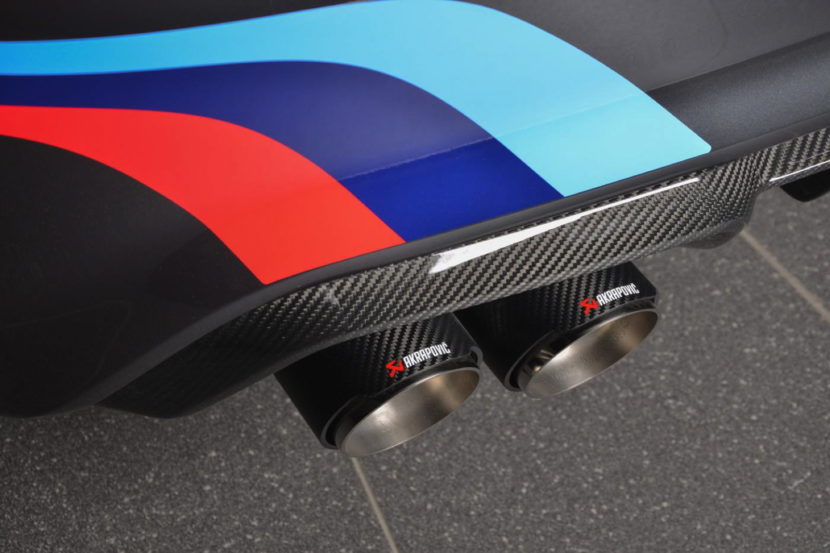 If you want your M2 to be loud, this exhaust is for you. It’s loud. Very loud. And it makes many pops and bangs, which seems to be the new way exhaust companies compete nowadays. Rather than tune exhausts to sound better, it seems like these companies are just seeing who can make their noise feature more pops and bangs. It’s great fun for a bit but it could get exhausting after awhile. What’s nice, though, is that Akrapovic always makes a good sounding exhaust. So in between those pops and bangs, there’s a good, growly noise that makes the M2 seem far more menacing.

It sounds very angry and almost sounds like a proper racing car at certain revs. It really does sound good, especially compared to the standard M2, which can be a bit too tame. If you’re looking for extra noise from your M2, we recommend Akrapovic (or BMW M Performance, honestly) and if you want something really, really loud, go for their titanium catless exhaust system.