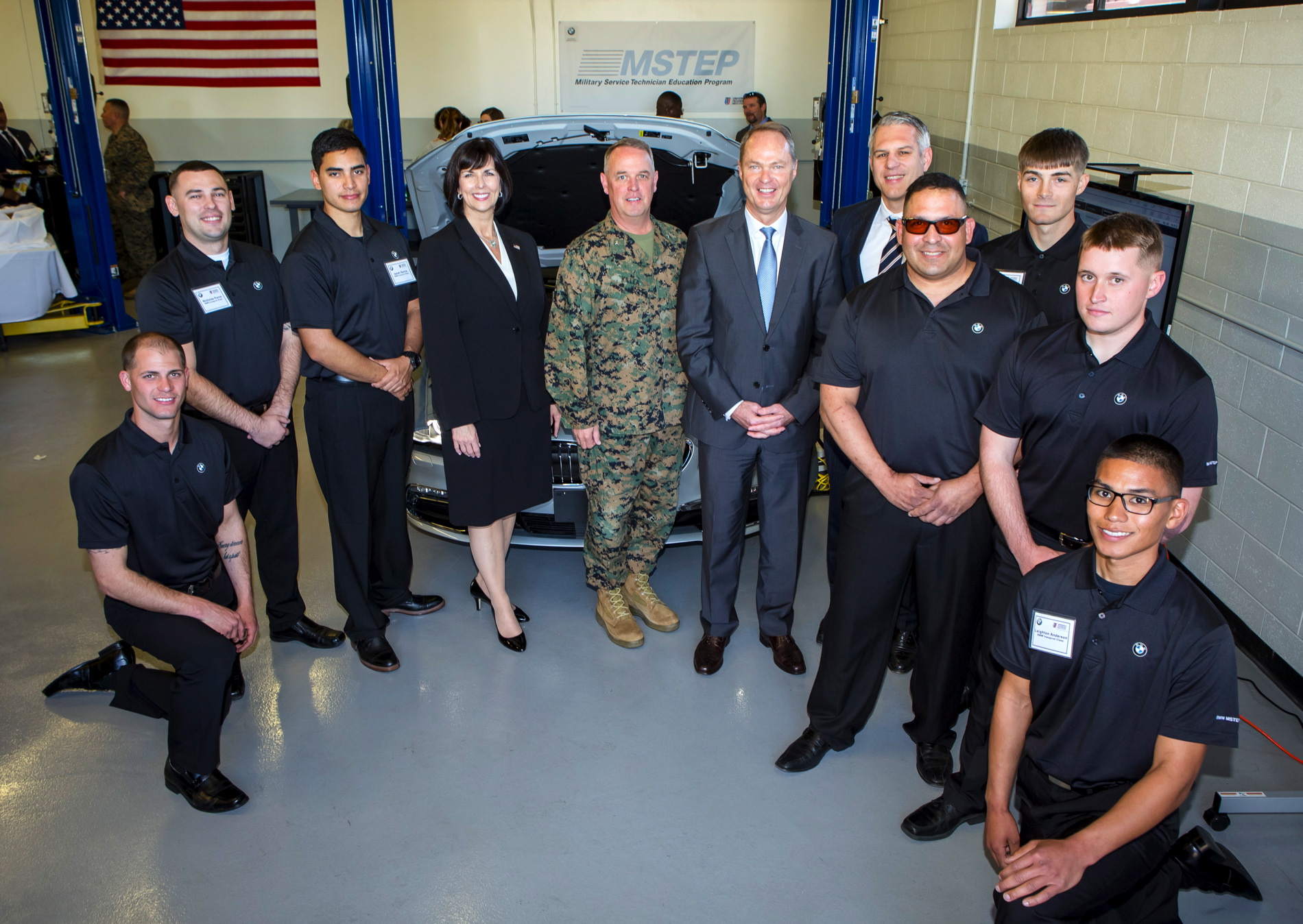 BMW of North America is kicking off a pilot program at Camp Pendleton, California, to train transitioning service members to become BMW technicians. Scottsdale-based Universal Technical Institute is joining BMW in this effort which kicks off on February 26. Nine students are part of the pilot with 40 more on the waitlist.

The 16-week course is free to active duty service members who are getting for a post-military career. Upon completion, the servicemembers of the Camp Pendleton BMW MSTEP program will be certified level 3 BMW technicians and will be referred for jobs at selected BMW dealerships. 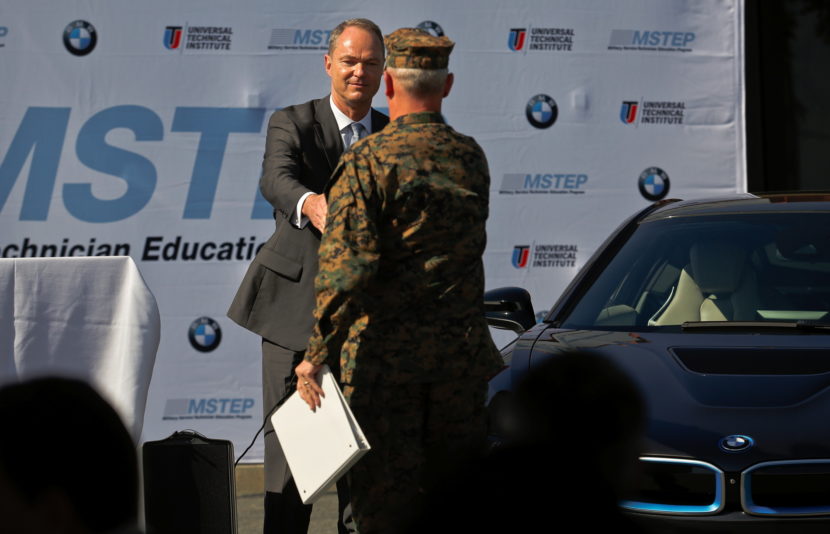 “BMW is honored to be working with the Marine Corps and helping provide service members with great professional opportunities to support their transition to civilian life,” said Bernard Kuhnt, President and CEO of BMW of North America. “The skill set these men and women will bring to our dealerships is invaluable. Aside from their unwavering team spirit and discipline, many are already highly specialized in some of the most sophisticated technologies, giving them all the right foundations for a successful automotive career. It is now our turn to serve them with MSTEP.” 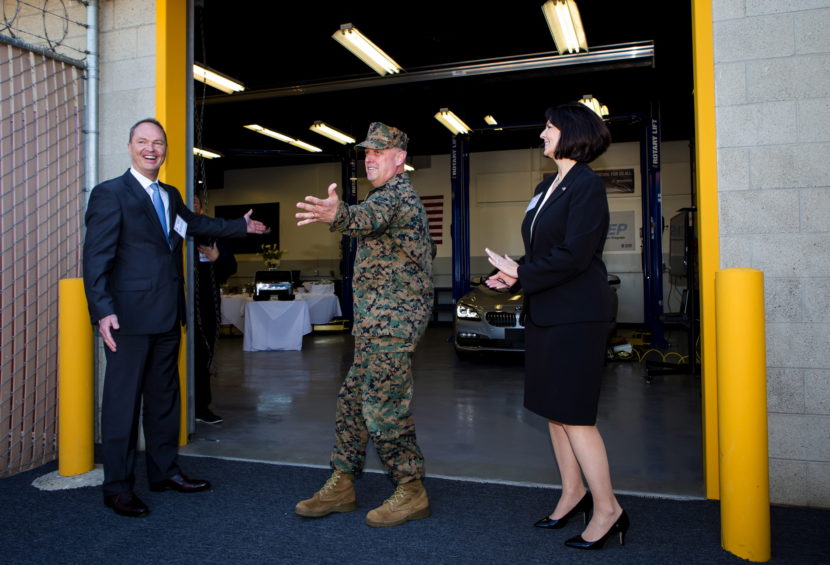 Kuhnt says” that like most things big ideas start very small.” A barbecue get-together between a BMW employee and a former marine led to discussion around the transition from military life to the private life, and its challenges. The North American BMW chief says that dealerships have been extremely excited about this program and are already inquiring how they could employ the future MSTEP graduates. He also believes that the success of this pilot program will lead to an expansion with more students joining MSTEP.

“My greatest honor would be that in three year time to go to a local dealership and one of the service advisors, service managers or even general managers were introduced to the BMW world through this MSTEP program,” Kuhnt added.

Camp Pendleton was selected as the training site because of its proximity to surrounding bases and high concentration of nearby BMW dealers, which need skilled technicians. The program will be offered to service members moving from military to civilian jobs from Camp Pendleton along with other western bases, such as Naval Base San Diego, Marine Corps Air Ground Combat Center Twentynine Palms, Fort Irwin National Training Center in the Mojave Desert and Joint Base Lewis-McChord near Tacoma, Wash. 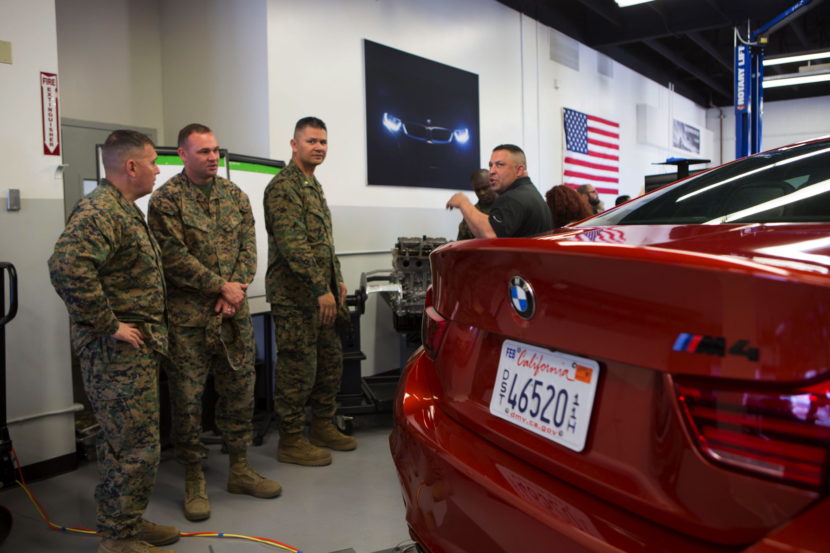 According to Marine Corps Master Sgt. David Lopez, the selection process was held to high standards, as expected. The process kicks off with an application being filled out, followed by a written test and a practical test on a car, then the final acceptance interview.

“I’ve been working on cars over the last 20 years, so it wasn’t that easy, I would say quite challenging,” Lopez told us. When asked what factors led to his decision to apply to the MSTEP, Lopez said that the main driver was the BMW brand and its products.

Marine Corporal Leighton Anderson is another MSTEP student who served as a Crew Chief on an MV-22 Osprey. Anderson was responsible for maintenance and inspections on the Osprey, but due to an unfortunate crash in 2016, he transitioned to a recovery role in the Wounded Warrior Battalion at Balboa Hospital in San Diego.

Anderson says that one of the benefits of MSTEP is that it doesn’t require a GI Bill. Under this bill, qualifying Veterans and their family members can get money to cover all or some of the costs for school or training.

Both Lopez and Anderson say that their commanding officers are extremely supportive of them and the program, and the fact that MSTEP is based on the base makes daily duties more manageable.

For information about the STEP program, visit BMWSTEP.com.