Could BMW learn from the Porsche 911 Carrera T?

Home » Could BMW learn from the Porsche 911 Carrera T? 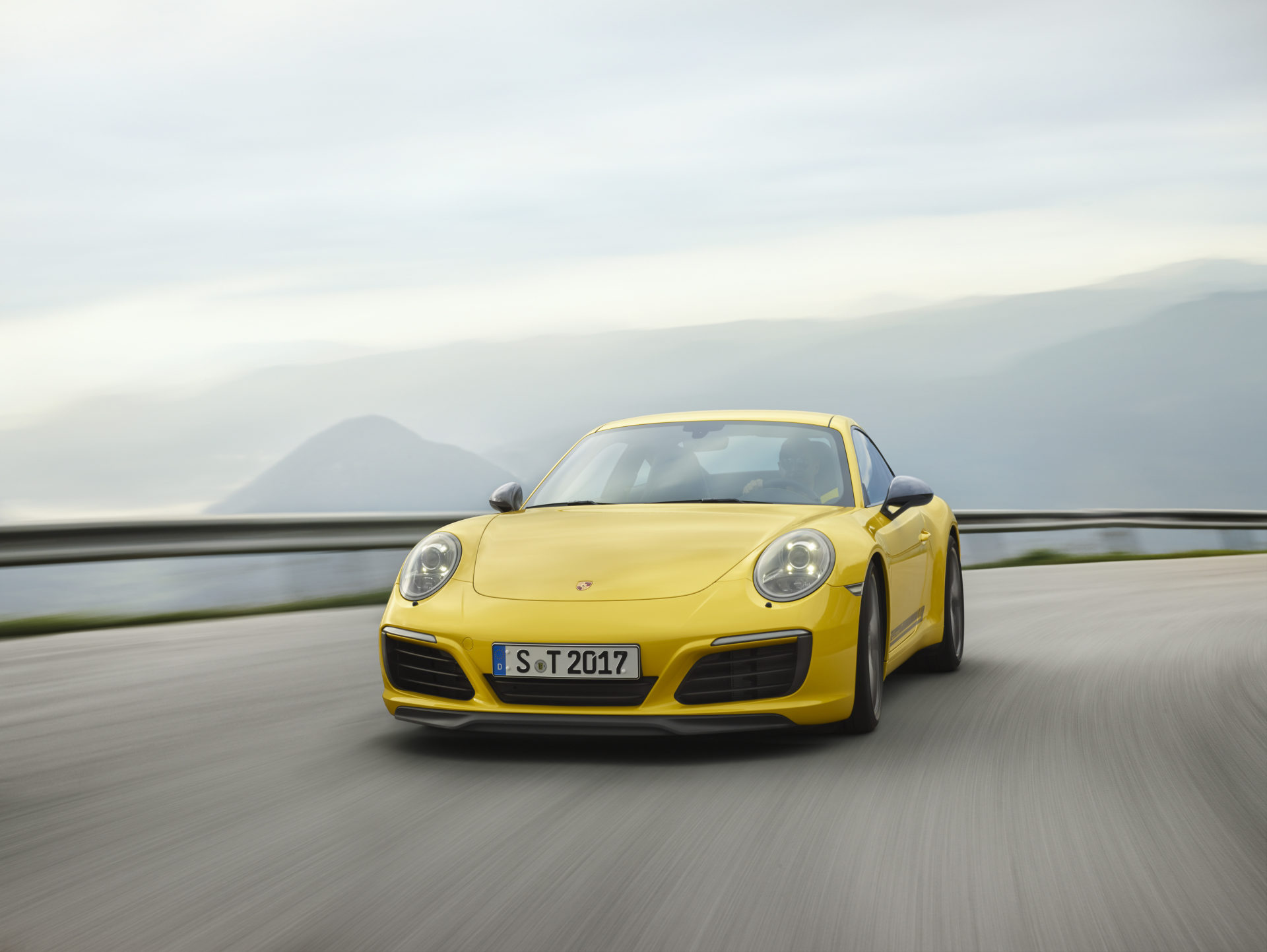 Porsche is the undisputed king of giving customers less kit but charging them more for it. There’s a joke that if Porsche made shoes, it’d make the laces optional extras. However, every once in awhile, Porsche gives its customers an excellent package, one that poses an excellent performance value for customers. Most recently, Porsche came out with the 911 Carrera T, a car that comes with all of the extra performance goodies that enthusiasts want, without any of the frivolities that they don’t all for a good price. It’s a car that BMW could learn from moving forward.

Admittedly, its hard to call the 911 Carrera T, a car that costs just over $100,000, well-priced. Especially when it doesn’t come with air-conditioning, sat-nav or a radio as-standard. However, when you consider what lies under the skin, it starts to make a lot more sense. 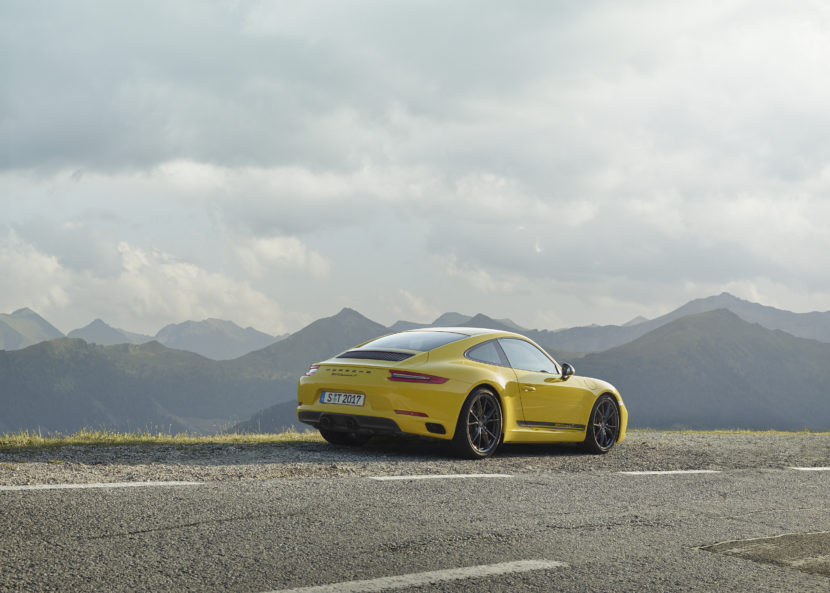 At first glance, the Porsche 911 Carrera T seems like bad value. It has less equipment than the standard 911, comes with the same engine and is even a bit less comfortable. However, when you look a bit closer, you realize that the Carrera T has the same philosophies of the 911 GT3 applied to it, with more performance tech than the standard 911 gets, for only a bit more money.

The 911 Carrera T gets the same 3.0 liter twin-turbocharged flat-six engine as the standard 911, which means 370 hp and 331 torques. That engine is mated to a seven-speed manual gearbox as-standard and a dual-clutch PDK is optional. Although, it’s only rear-wheel drive, which is what purists want. It’s also been lightened, thanks to lightweight interior bits, such as cloth seats, fabric straps for door handles and the aforementioned lack of air-con (which can be added back as a no-cost option). It also gets an extra-thin, lightweight rear window and less sound insulation. All of that has led the Carrara T to become the lightest 911 Carrera you can buy (GT3 and GT3 RS not included), at around 3,100 lbs. 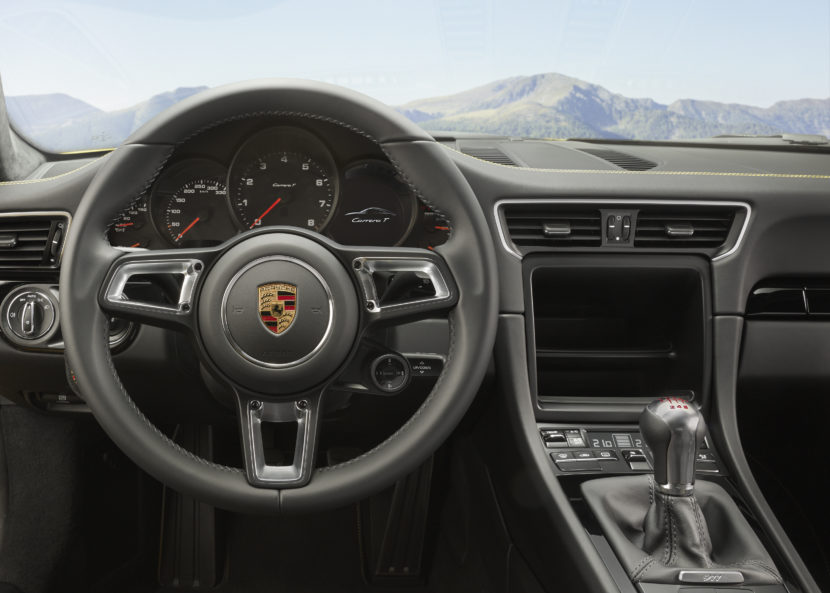 Porsche claims 0-60 mph happens in 4.3 seconds with a manual, which is significantly slower than the BMW M4 (3.9 seconds). However, where BMW and its M4 can learn from the 911 Carrera T is in terms of handling. On top of being lighter, it’s also been given some serious handling bits. It gets PASM (Porsche Active Suspension Management) lowered sport suspension as-standard, stiffer anti-roll bars and rear axles, a mechanical limited-slip differential, brake torque vectoring, rear-wheel steering and a sports exhaust that pipes actual engine and exhaust noise into the cabin via electronically-actuated baffles. All of that is as-standard equipment, specifically designed to make the Carrera T more fun and engaging to drive. And it all comes at a price that’s lower than the Carrera S. So it’s all the fun, none of the bloatware, at a price that makes a purists 911 more accessible to more people.

Now, BMW admittedly made a car that was a bit no-nonsense, designed to be fun and usable everyday — the BMW M4 CS. However, that car had its production numbers limited and was much more expensive than the standard car. So it was less accessible to the people and even more difficult to get. BMW needs to offer purist versions of its main M cars in a similar fashion to the Carrera T, cars designed for driving and only driving, without being overly harsh. Now some might say that the BMW M2 is that car but even the M2 can do more. Despite being smaller than the 911 Carrera T, it’s heavier. It comes with all of the same luxuries as the standard 2 Series and it sharp, but not razor-edge sharp.

There is, admittedly, the BMW M2 Competition on its way, which will be a lightweight, stripped out M2 for the purist customer. Though, we’ll temper our enthusiasm until we see it because I have a gut feeling that it will be overly stiff, loud and too uncomfortable for everyday driving, something the Carrera T is not. Plus, it’s going to be significantly more expensive than the standard car. When the Competition comes out, BMW could offer an M2 that gives customers a taste of the M2 Competition, with the comfort and livability of the standard M2, at a price that falls much closer to the standard car.

The Porsche 911 Carrera T could be one of the best sports cars for the money currently on the market. It offers near-GT3 levels of engagement and enjoyment with more comfort, everyday usability and at a price that’s barely any more than the standard 911. It makes that sort of specialized GT3-type feeling more accessible to more people and that’s something that BMW should seriously consider doing.

15 responses to “Could BMW learn from the Porsche 911 Carrera T?”