Could the new Supra be a Toyota

Home » Could the new Supra be a Toyota 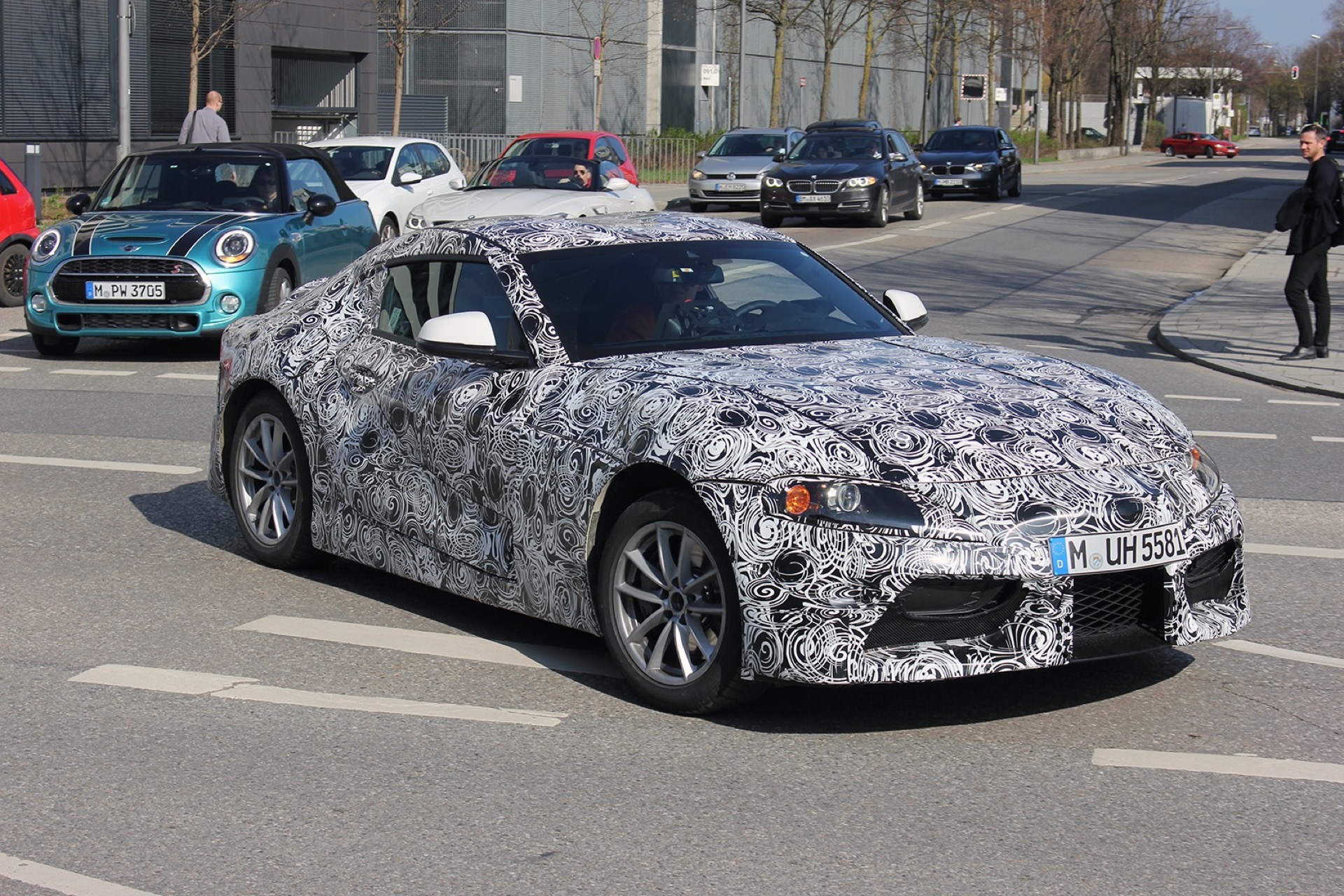 If you’ve followed this site for the past year or so, you’d know that the upcoming BMW Z4 will be built on a new rear-wheel drive chassis that’s been co-developed by BMW and Toyota. The reason it’s been co-developed by those two brands is that the next-generation Toyota Supra will share the same chassis as the BMW Z4. We’ve known this for some time and we’ve also known that the upcoming Supra and Z4 twins will share the same engine, BMW’s turbocharged 3.0 liter inline-six engine, internally known as the ‘B58’ engine. However, some new rumors have surface from Bimmerpost that the new Supra and Z4 will basically be identical and the former will be a Toyota in name only.

This Bimmerpost user has had some success with releasing information, getting quite a few things right in the past. So it’s entirely possible that this report is true. Essentially, it states that the only aspects of the Supra that will be Toyota are the name and the body. It’s said that three engines will be available, all of which will be BMW engines. In Europe, there will be a 195 hp 2.0 liter turbo-four in the base model (EU only), a 255 hp 2.0 liter turbo four and a 335 hp 3.0 liter turbo I6. It’s also said that the BMW Z4 M40i will get a 380 hp version of the B58 engine and will be a North American-only model (maybe a few other non-European markets as well).

Connected to those engines will only be an eight-speed automatic, same as you’d find in almost any modern rear-wheel drive car. Sadly, no manual transmission will be on offer from Toyota. However, there will be some other no-frills options for the Supra, such as cloth seats and smaller 17″ wheels. So you’ll be able to get a decently “barebones” Supra if you so choose. Which leads us to a new question — will the Toyota Supra be a better buy than the BMW Z4?

It seems as if the Toyota half of this partnership will be marketed a bit lower than the Bavarian half. So the Supra will likely be quite a bit cheaper than the Z4, especially in the lower end models. If that’s the case, and these two cars really are almost identical underneath the skin, would the Toyota be a better buy than the BMW? It would be cheaper, essentially the same, have the same interior, same technology and even the same engines. So it would feel incredibly similar while costing less. Also, the Supra is a coupe whereas the Z4 is a roadster. So if you want a hardtop, the Supra is the way to go.

We’re pumped for the BMW Z4, as it’s shaping up to be one of BMW’s best handling, best looking and most exciting sports cars in some time. It’s also the most radically different looking BMWs we’ve seen in ages, as it will make a pretty big departure from BMW’s normal grille and headlight design. So we’re not saying the Toyota Supra will be better than the Z4. But if you want the same great handling and dynamics that the Z4 is likely to bring, but can’t afford its higher sticker price and/or would rather have a coupe than a convertible, the Toyota Supra can be the better buy. And don’t worry too much about the badge on the hood, as it could be a Toyota in name only.