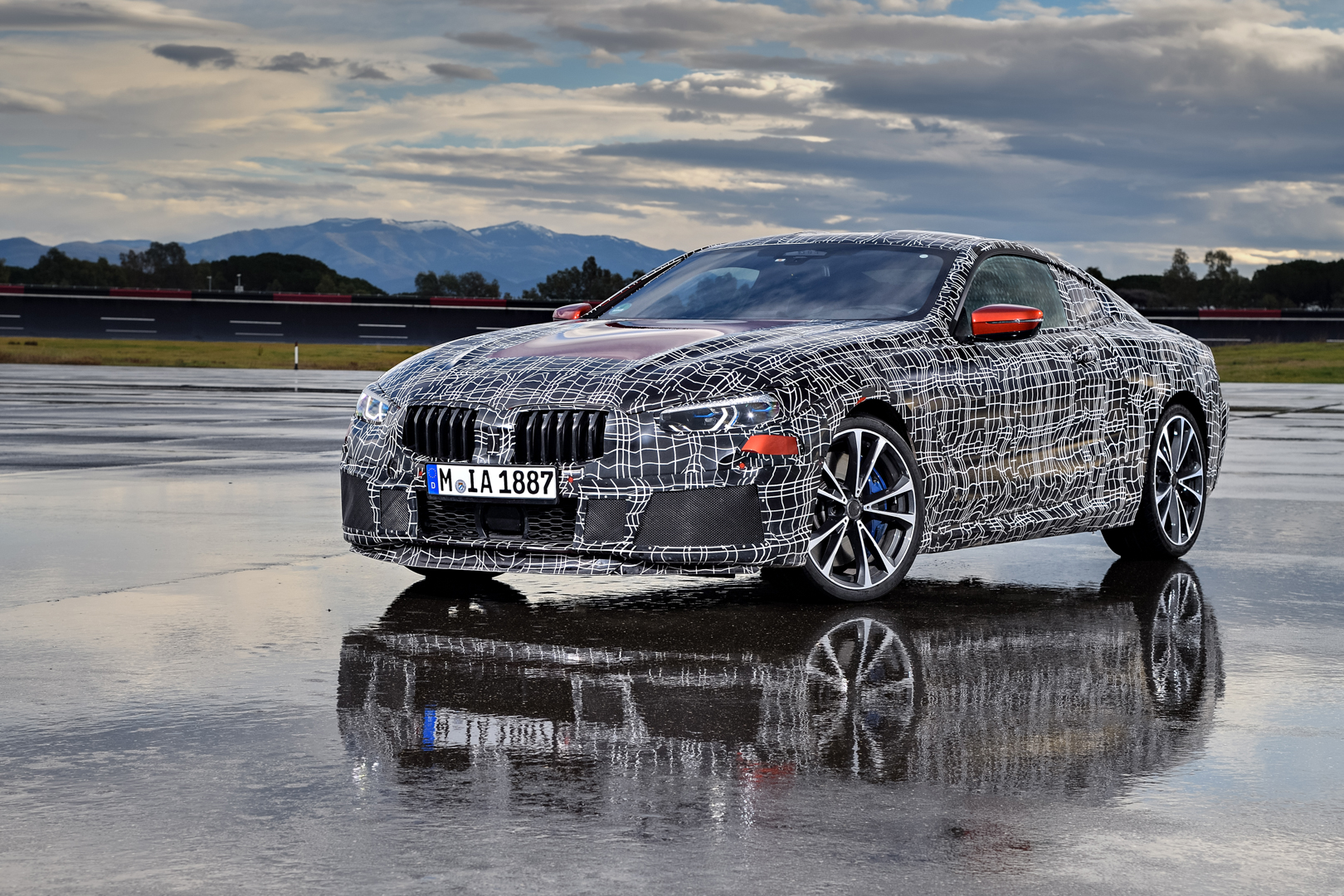 It’s no secret that the most highly anticipated upcoming BMW is the 8 Series. It’s the return of the famous nameplate and a chance for BMW to once again have a flagship GT car. It’s also going to look damn good. We can tell from these latest spy photos that have surfaced, showing off the new BMW 8 Series taking a drive in traffic (we don’t own them, the photos can be seen here).

These photos are pretty close up, which allows us to see a lot of its details, despite being heavily wrapped in camouflage. In the first picture, we get a rear three-quarters view and, from there, you can clearly see the rake of its C-pillar and how muscular its rear haunches are. We can also see that its rear is more heavily sculpted than we previously though, especially at the edge of the trunk lid. This model also sports really wide rectangular exhausts, which likely makes it an M Performance model, something like a BMW M850i. 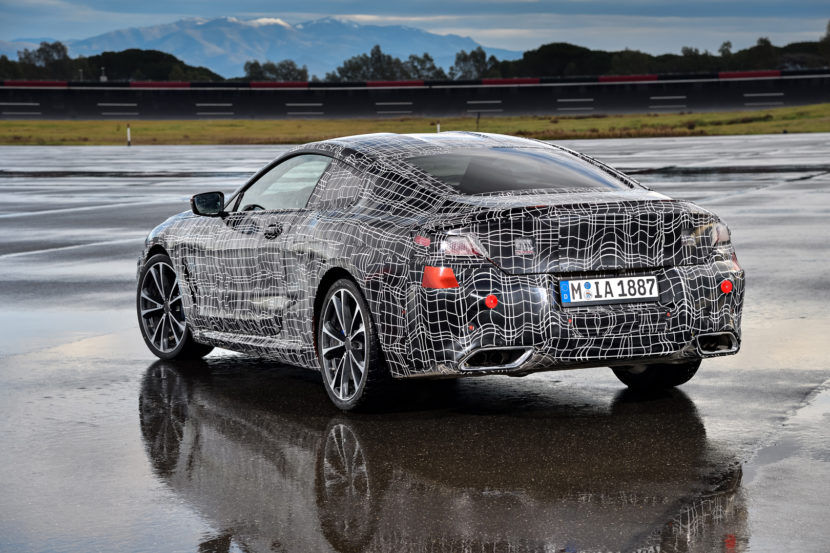 At the front, we get a very up close and personal look at its face and hood. The large Kidney Grilles are wide and sleek looking, giving the front of the car a lot of visual width. The headlights are also angular and squinty, making the 8 Series look angry. There’s also a bit of a front lip spoiler that looks good. What really looks good, though, is its hood which looks very aggressive and has crisp lines. Those wheels also look really good, as they’re similar to the ones seen on the 8 Series Concept car.

The new BMW 8 Series looks great already and it’s still wearing camouflage. We absolutely can’t wait to see it in the flesh, as we think it will be the best looking BMW in a very long time, better looking than even the most recent 6 Series Coupe.