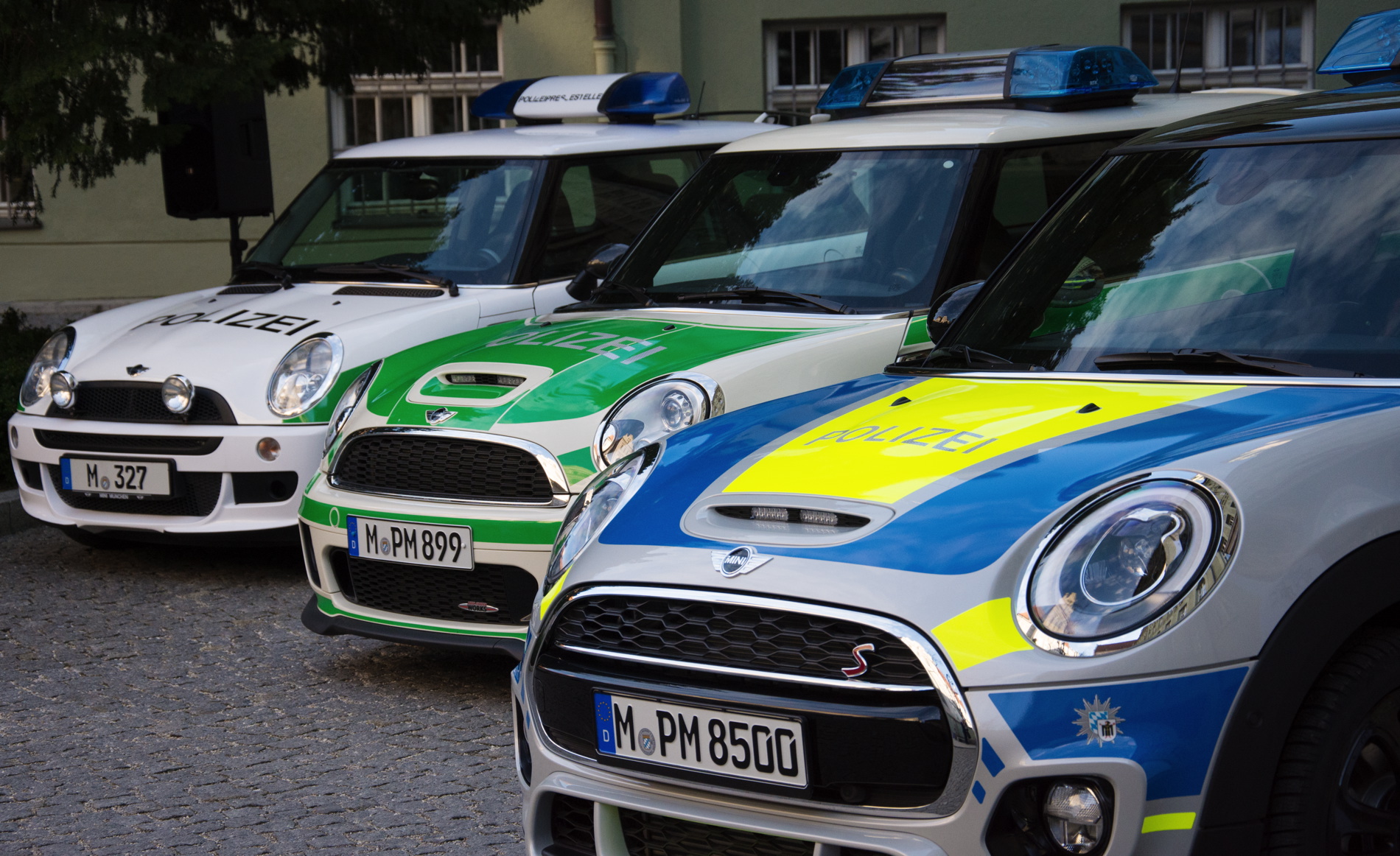 The MINI has been built by the BMW Group for three generations and has been used by the police in the Bavarian state capital on  all these three platforms. In the form of a new MINI Cooper S, the Bavarian officials have received a new company car, whose sympathetic design is primarily intended for public relations work: its future owners work in the Press Office of the Munich Police Headquarters and can now rely on a whole series of company cars with British roots. 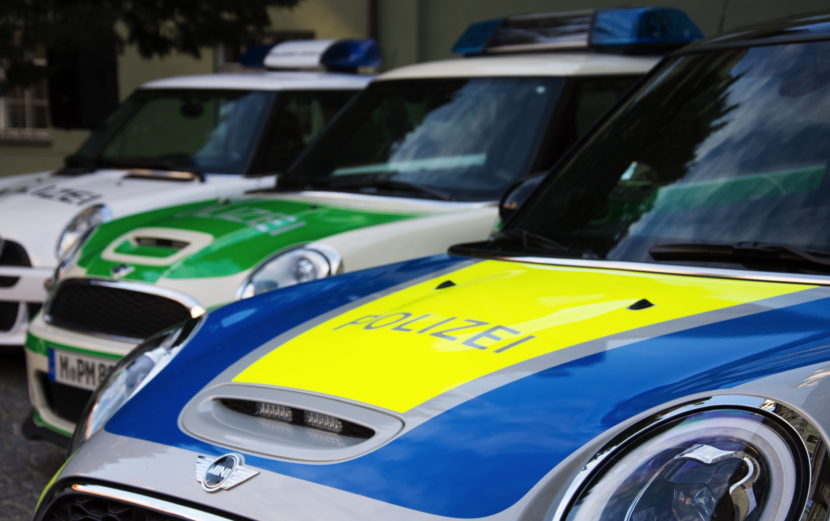 Just like the police officers, the MINI F56 also wears a new guise, with a silver paint finish combined with modern blue and neon yellow foil. The new look is being taken over step by step by the entire Bavarian patrol car fleet and fits better in color to the new uniforms of the officials, who have also been traveling in dark blue instead of green for some time now. 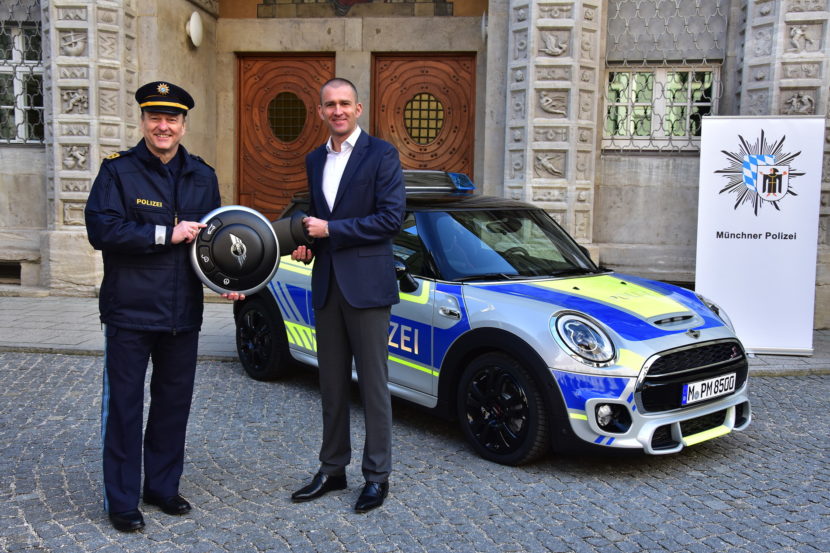 The changed design specifications are also clear when looking at the three different generations of police MINIs. While the first generation (R50) of 2001 was still predominantly white and equipped only with subtle green stripes, the second generation (R56) was predominantly green at the start. In 2018, the third generation Police MINI (F56) will also move from green to blue.

In addition to the color, the drives have been further developed: The original MINI One was suitable primarily as a photo subject, the new MINI Cooper S could be used with 192 hp and its agile suspension for other purposes. Equipping them with a powerful signal system as well as radio and telephone equipment, qualifies the MINI as a real emergency vehicle. First and foremost, however, the Briton will be used for public relations work, among other things helping to get more young people into the police service. 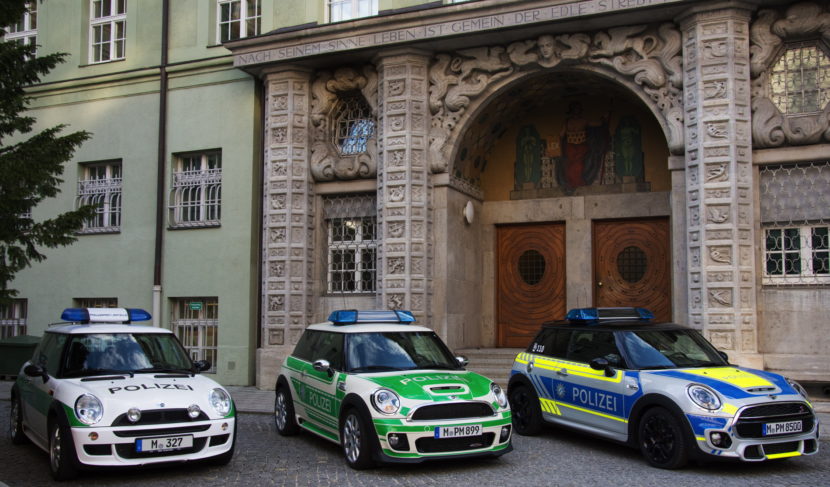 Christian Ach (Head of MINI Germany): “The MINI has always been a very special popular figure. We are pleased that now the youngest model generation will serve as ambassador for the important work of the Munich police. ” 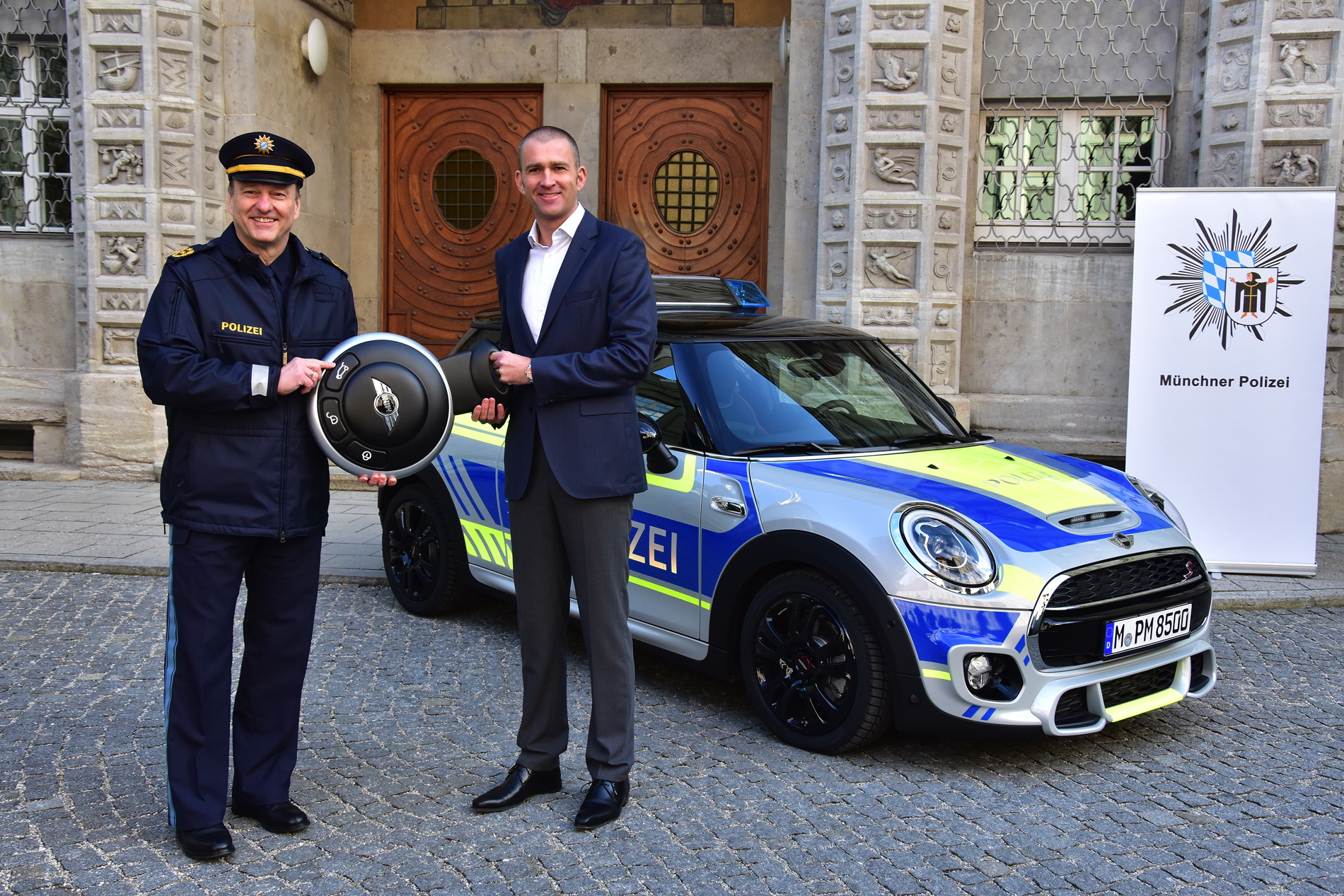 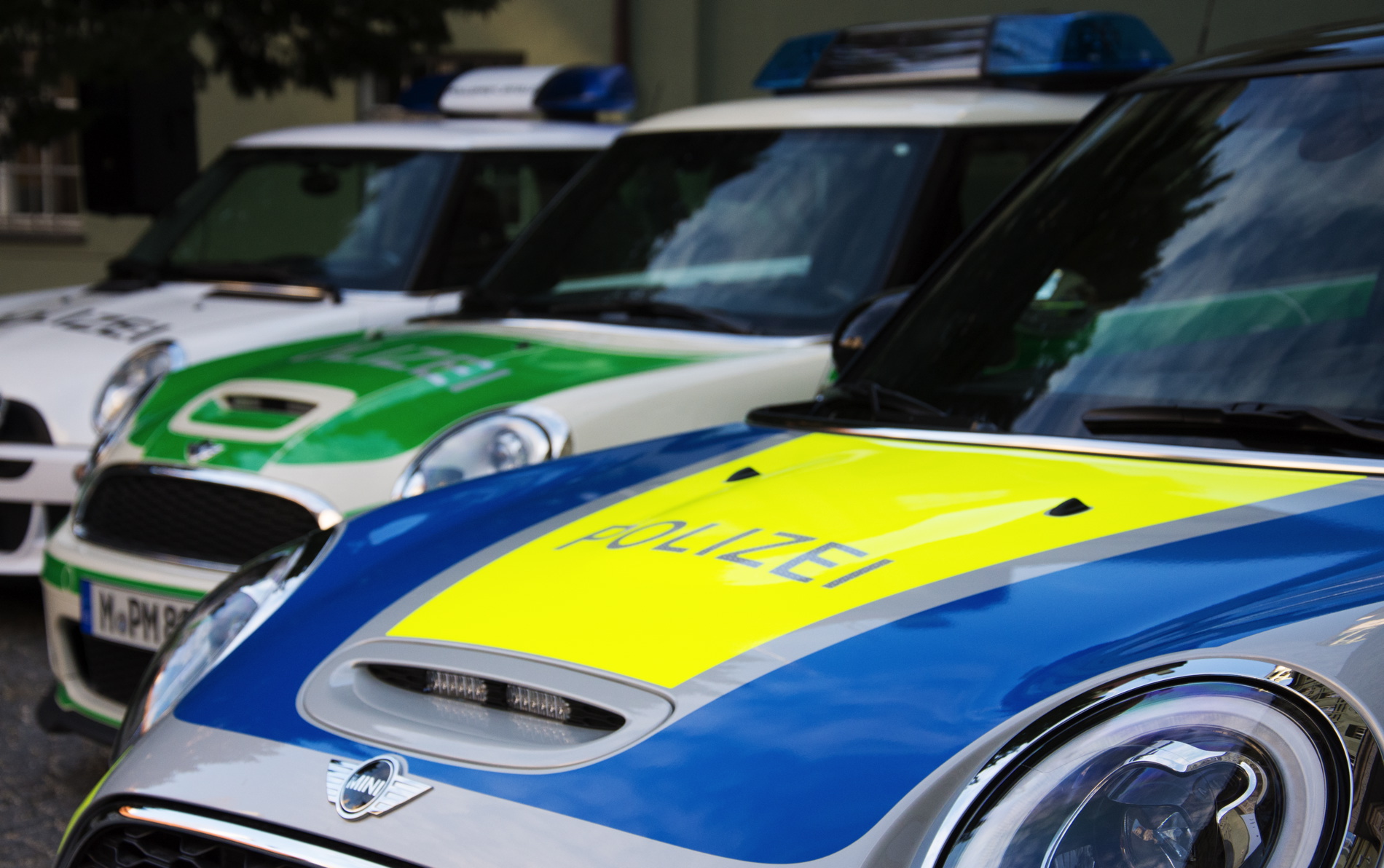 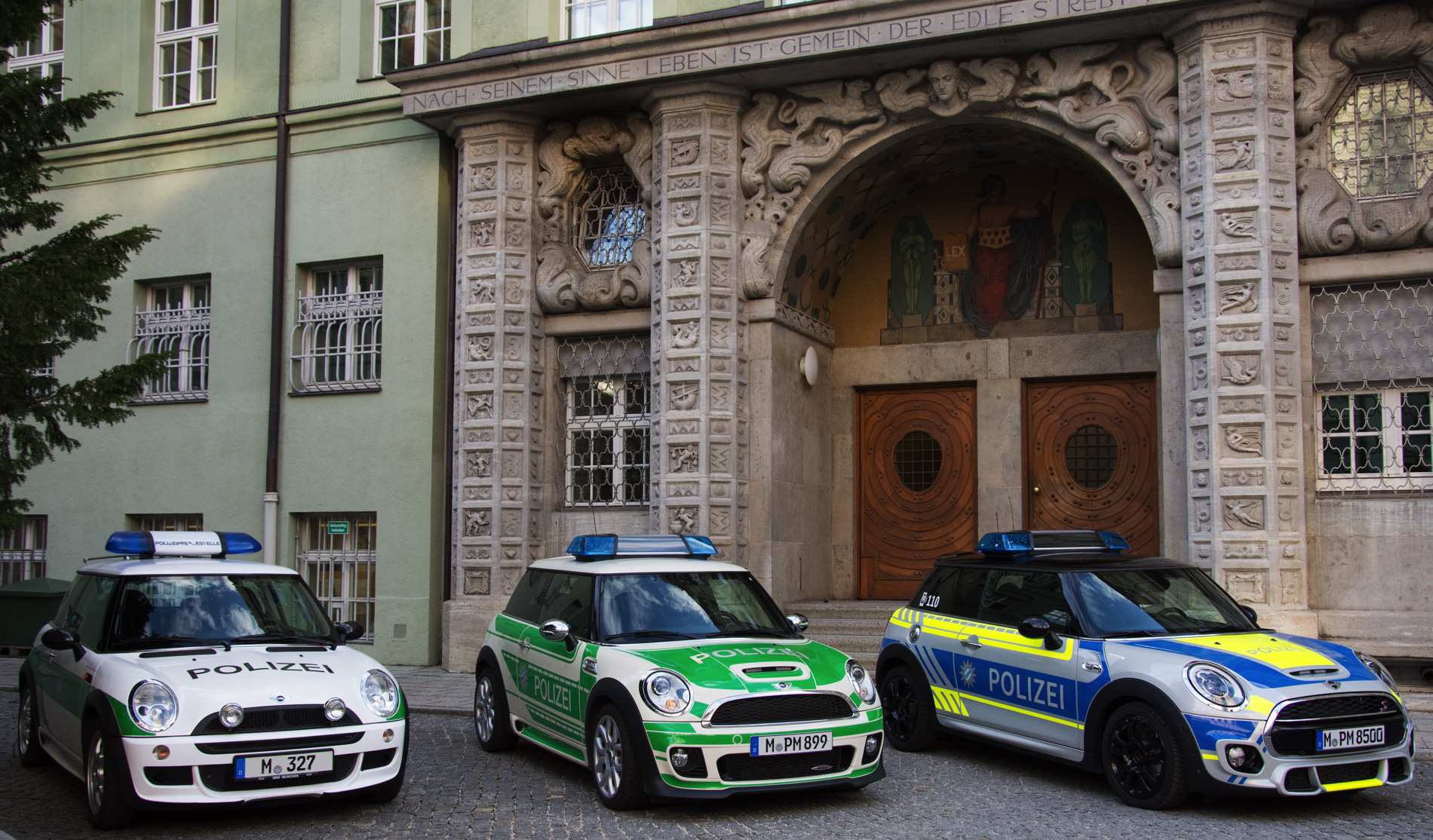 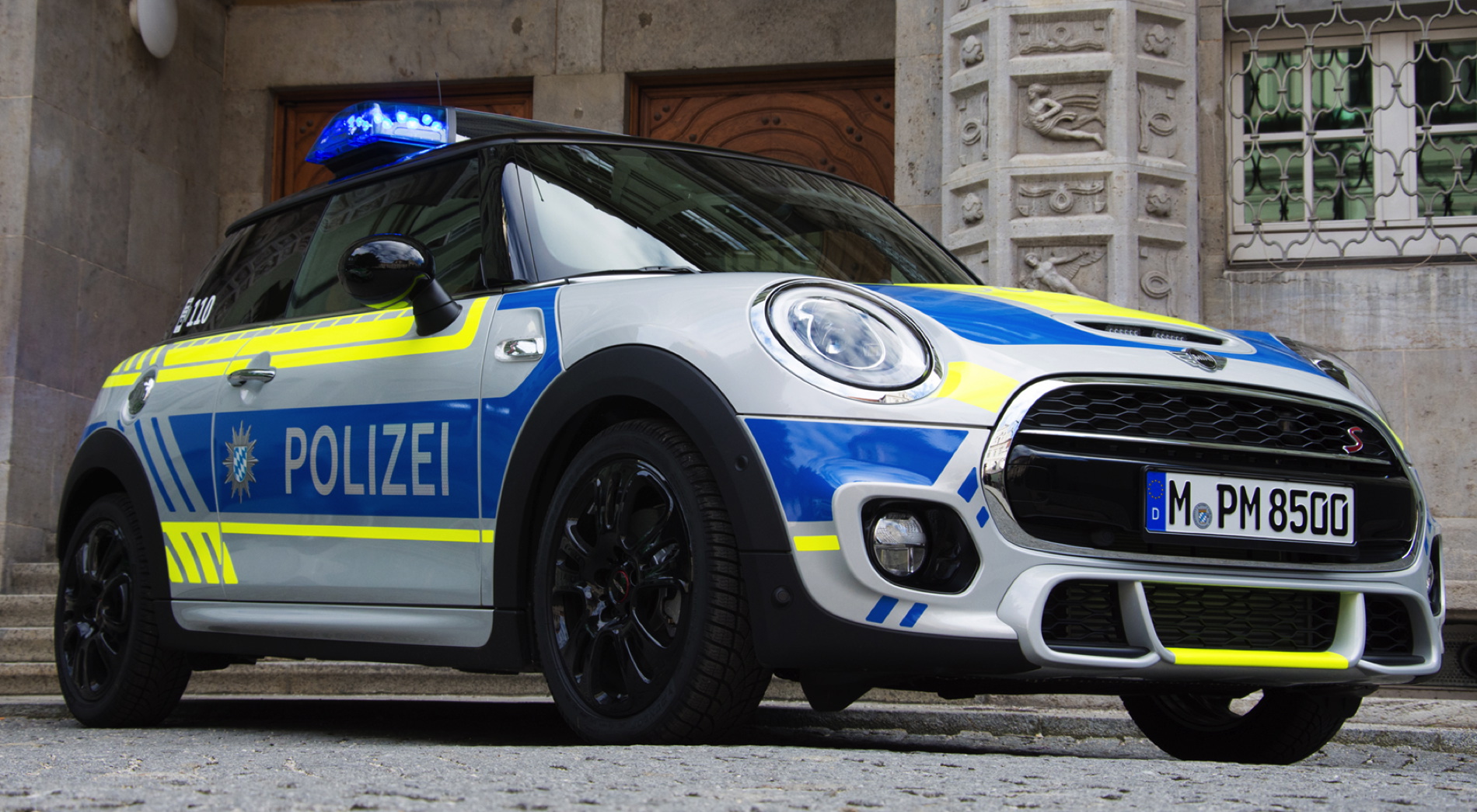